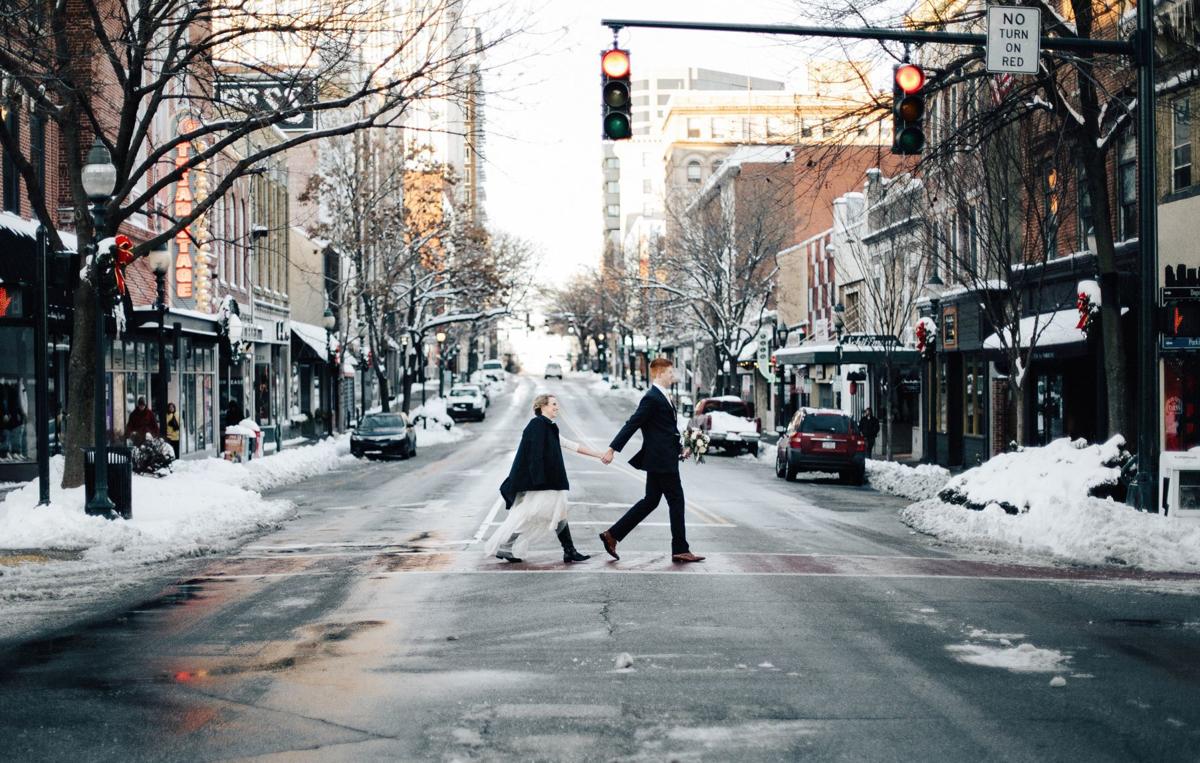 Amanda Sutton’s photo of Alyssa Trent and Roy Prewett crossing Elm Street — like the Beatles on the famed “Abbey Road” album — was listed on HuffPost’s national website in the “31 Top Winter Wonderland Weddings.” 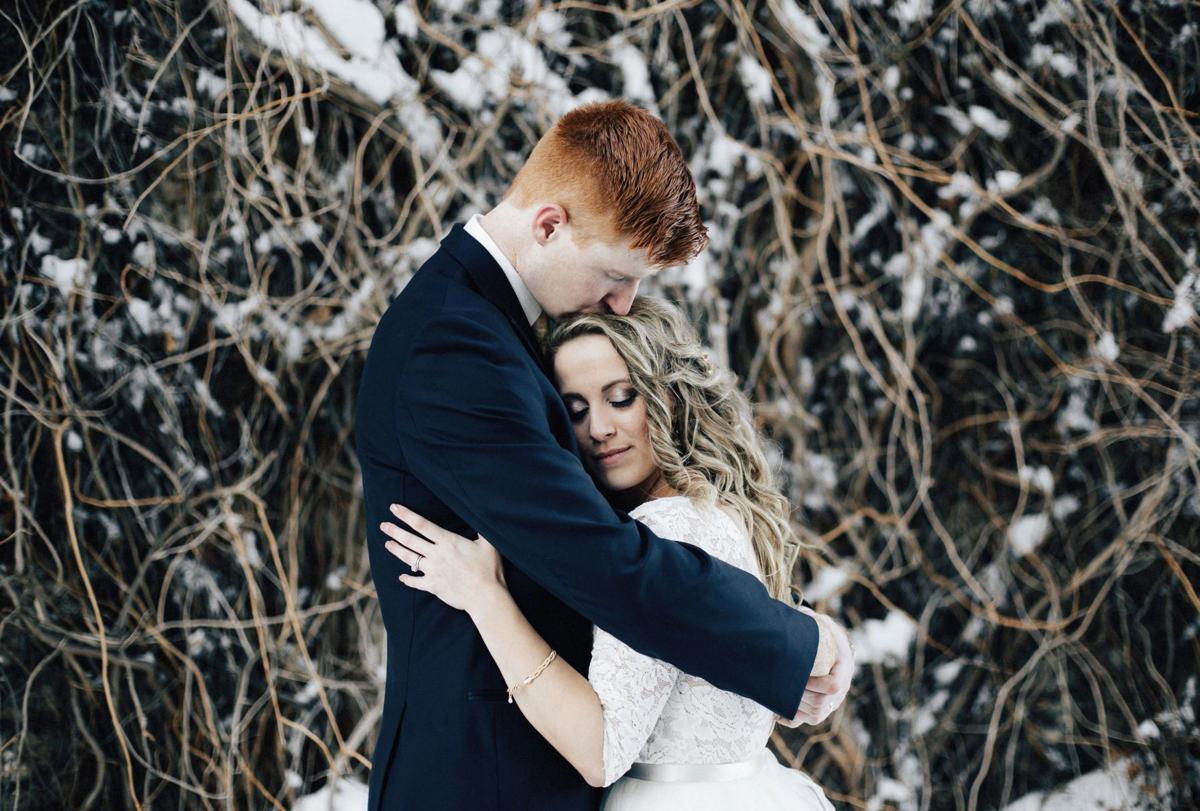 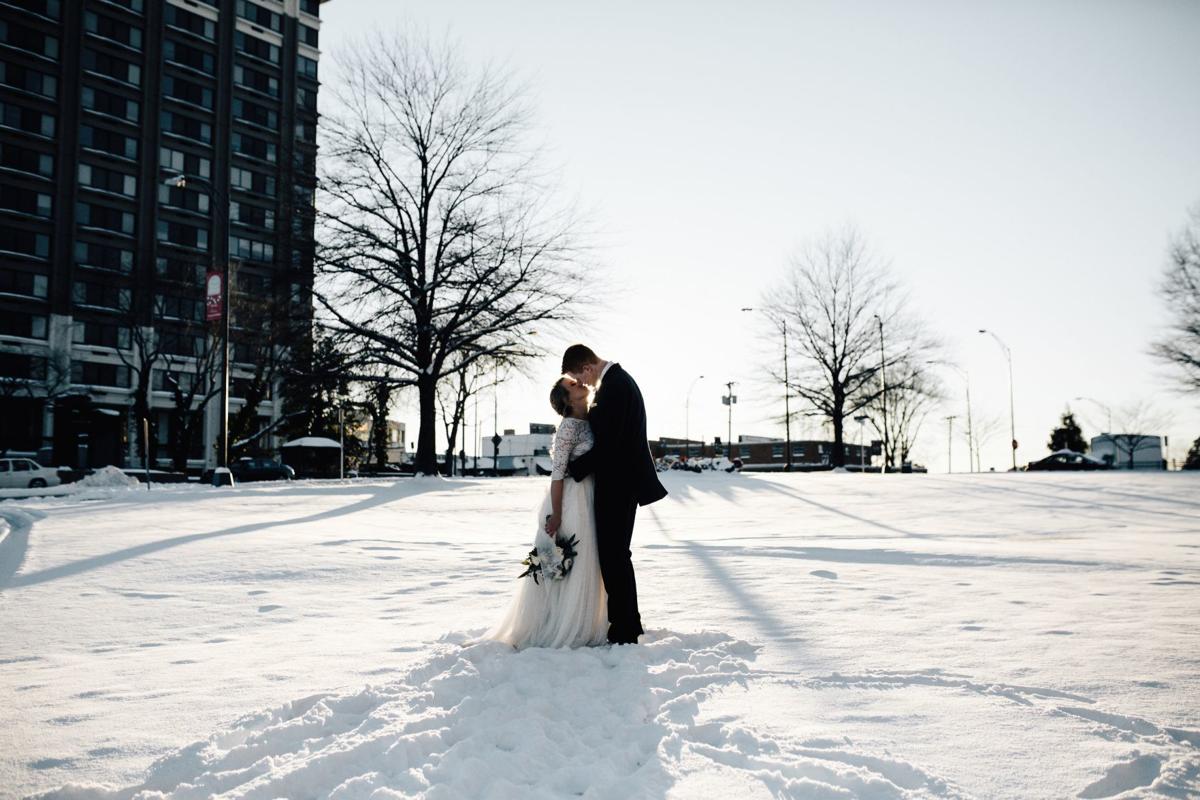 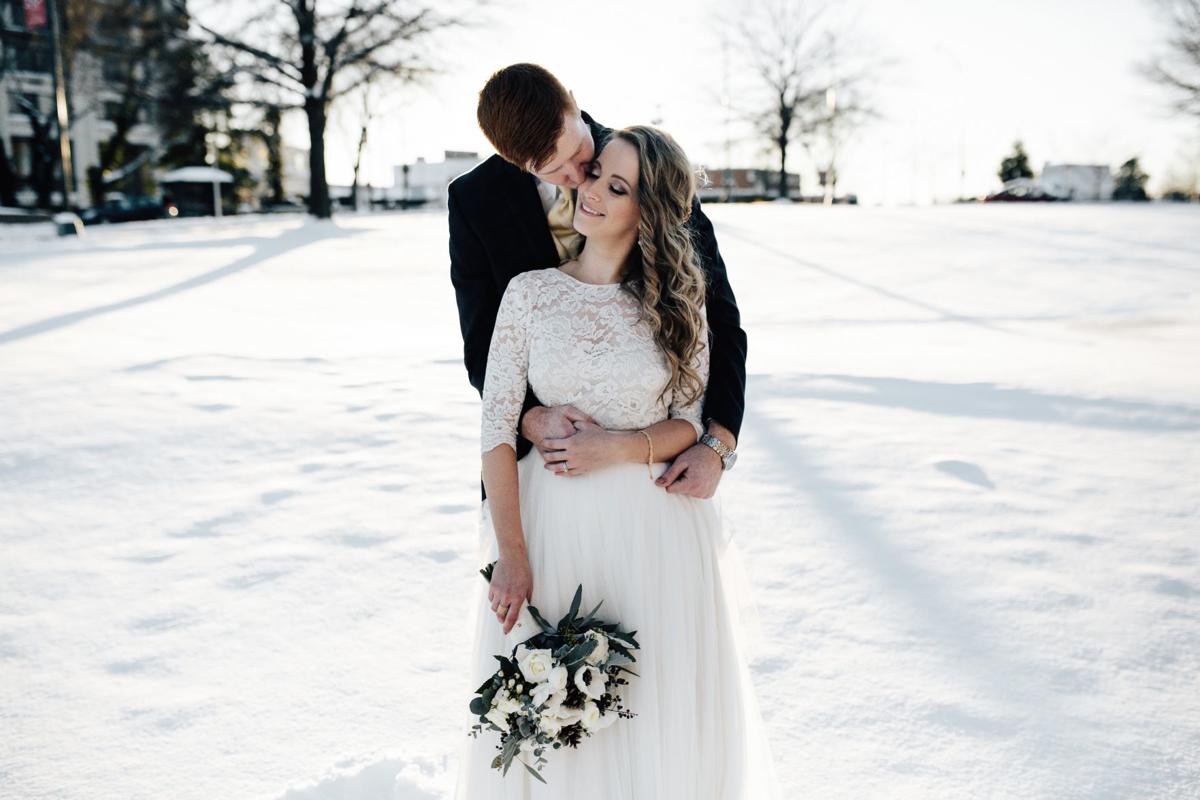 She did not realize snow was predicted that day — at least not in the amounts that came down — about 12 inches.

No matter, for Alyssa and her then-fiancé, Roy Prewett, both like winter. Their wedding was as an unconventional as the way they met at a mutual friend’s party.

Alyssa was with her boyfriend at the time but noticed the redhead who stood head-and-shoulders above the crowd. Roy noticed her, too. Soon after that night, they connected through their friend on Facebook.

Roy had been home on leave from the Army, so the two did the long- distance thing — they talked on the phone and Skyped for months. Then, in June 2012, they had their first official date when Roy drove eight hours on a short weekend leave from the Army to be with her and her family at Myrtle Beach, S.C.

The couple knew this was something special. They dated long-distance for another year and half until Roy moved to Greensboro after his Army stint ended. They moved in together on New Year’s Day in 2014.

“We wanted to find out if we could live together or would we get on each other’s nerves,” Alyssa says. They blended together effortlessly and lived happily with their cats and each other for four years.

Alyssa knew Roy was the one for her soon after they started dating. It was only a matter of when they would make it permanent. At home one night after dinner, in July 2015, Roy got down on one knee and proposed.

After a year and a half of planning, the two wed at “The W” on Elm Street with snow falling during the ceremony. About 40 guests canceled because of weather, but 100 made it.

The only near flub-up on the wedding day was getting Roy’s tux from Men’s Wearhouse. Weather conditions made it look like he would not be able to pick up his tux, but a district manager made the drive to get it to Roy one hour before the ceremony.

Alyssa found her gown at the “The Little White Dress Shop” in Myrtle Beach, where they had their first date.

The wedding went off without a hitch, and the two had a snowy wedding to remember. Their creative wedding photographer, Amanda Sutton, submitted a photo of the couple crossing Elm Street — like The Beatles on the famed “Abbey Road” album — to Huffington Post. It made the cut and was listed on HuffPost’s national website in the “31 Top Winter Wonderland Weddings.”

The two headed to the West Coast for their honeymoon and picked Monterey, California, to explore. Memories were made as the two went whale-watching, horseback riding on Pebble Beach and watched monarch butterflies in a protected forest.

Alyssa, Trent and their three cats and one dog are settled into married life. He’s a nurse at Cone Hospital, and she’s a dental hygienist. Now they are excited about the next chapter — parenthood. They are expecting a baby boy in April.

Lynne Brandon is a Greensboro-based travel journalist roaming the Southeast for food and culture. Cindy Loman contributed to this article.

Wedding stories: Tales of romance and marriage from the News & Record and 1808 Magazine archives

A look back at some of the love stories we've published in recent years in the News & Record and 1808 Magazine.

Amanda Sutton’s photo of Alyssa Trent and Roy Prewett crossing Elm Street — like the Beatles on the famed “Abbey Road” album — was listed on HuffPost’s national website in the “31 Top Winter Wonderland Weddings.”