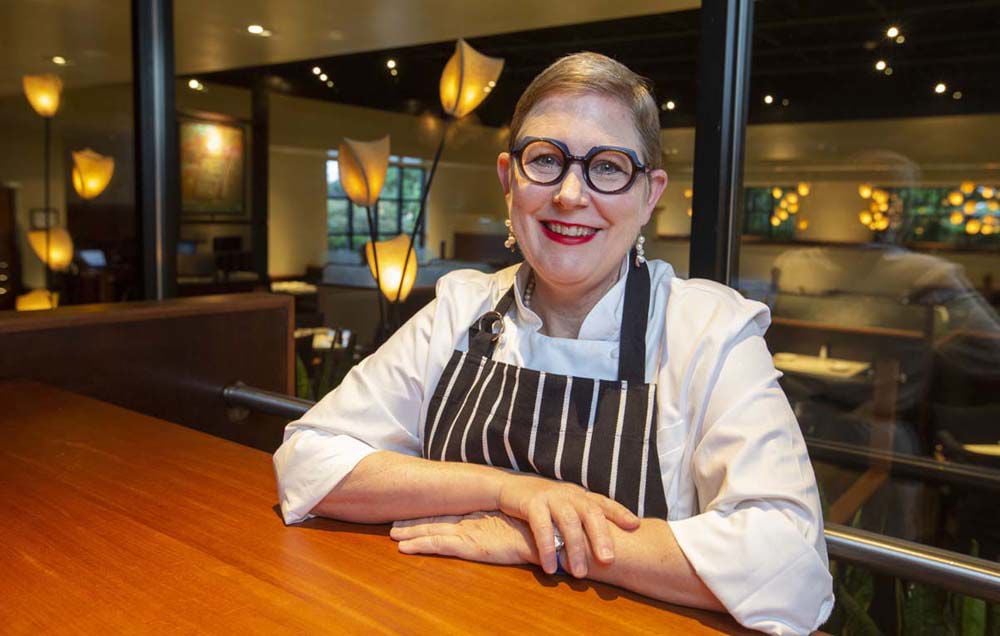 Nancy King Quaintance got her start as a dishwasher at Walt Disney World. 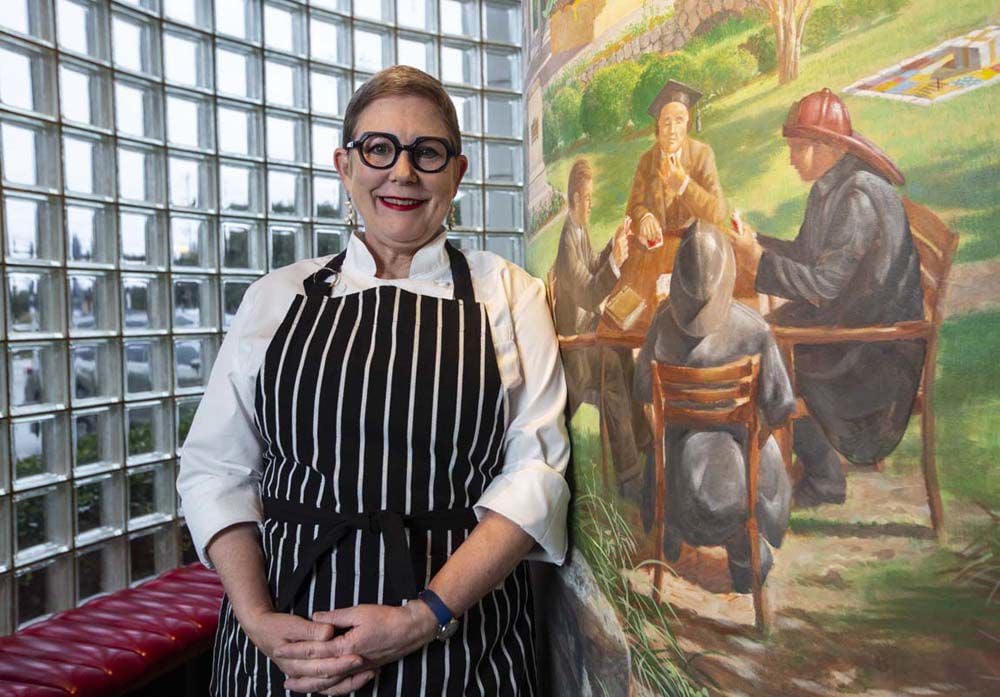 Nancy King Quaintance has a fondness for Southern fare. When she scans the menu at Lucky 32 Southern Kitchen, which she helped develop, she names a lot of favorites.

“I love the catfish; it’s cornmeal-crusted,” she says. “I’m crazy about the Brunswick stew, which was a recipe from the Danville Community Center. I like the fried green tomatoes but also the pimento cheese with pork skins.”

As part of the Quaintance-Weaver company, she’s had a significant hand in developing not just Lucky 32’s menu and concept over the years, but also those of Green Valley Grill and Print Works Bistro.

“I love working on the Lucky’s menus a lot because that’s [the food] I grew up with,” she says.

The chef and hospitality expert followed the breadcrumbs of her passion through the male-dominated culinary industry, eventually teaming up with her husband to create three of Greensboro’s most iconic restaurants.

In the late 1970s, women were vastly outnumbered in professional kitchens, and there were no professional women’s organizations. At the Johnson & Wales culinary program, Quaintance was the only woman in her class, and she was often given the less-desirable duties, like cleaning out the freezer.

But before navigating the tough culinary world, Quaintance knew exactly what she wanted her career to be.

“I knew from early on that was what I wanted to do,” she says. “I loved being in the kitchen. I love cooking.”

Two of her role models include her mother, who grew herbs and later made proprietary spice blends for Lucky 32, and her great-aunt Kathleen, who was a home cook and co-owner of a diner.

“[Kathleen] had all kinds of recipes for really great Southern things,” Quaintance says. “I loved cooking with her. Every day [in the summers], we would get up and decide, ‘What are we gonna cook today?’”

Growing up on a farm several miles north of Greensboro, Quaintance knew that good food didn’t have to be fancy. She’d ride up Skyline Drive, Virginia’s “version of the Blue Ridge Parkway,” with her great-aunt, and they’d find the perfect apples for applesauce. They’d make enough to fill a cement mixer, but the end result contained only the one ingredient.

After working her way up to line cook at Walt Disney World during high school, Quaintance entered the competitive program at Johnson & Wales, but she stuck it out and later attended the prestigious School of Hotel Administration at Cornell University.

With plenty of knowledge under her belt, Quaintance decided to enter not the culinary industry, but the hotel development field.

It was a calculated decision designed to save her marriage. Her husband, Dennis, was running Franklin’s Off Friendly when they came up with the idea of starting a company together, and they partnered with Mike Weaver, a regular at the restaurant, to create Quaintance-Weaver. Dennis worked at Franklin’s on a daily basis, and they knew the risks involved in working together.

“We looked around and saw relationships all around us of people who were both in the restaurant business or who had worked together, and it didn’t bode well for a good long-term relationship,” Quaintance says. “So we decided it was best if we weren’t in the same arena every day.”

Quaintance was integral in developing the hotel industry in the Southeast, starting with Marriott in Raleigh.

“It was a fairly small company at the time I went to work with them, so there were really no Marriotts in the Southeast, not in the Carolinas at all,” she says. “[The early ’80s were] a time of tremendous growth in the hotel business.”

Once Dennis became part of upper management in the company, Quaintance left behind hotel development and was back in the kitchen. One of her favorite memories at Lucky 32 is reintroducing patrons to stone-ground grits.

“Polenta was all the rage in San Francisco and New York, and that is nothing but fancy grits,” she says.

Quaintance infused so much flavor into yellow grits from the Old Guilford Mill, and showcased them in so many different ways, that folks refused to believe it was the staple grain they grew up with.

Her mother helped with menu development and dialing in flavors, and partnerships with local businesses like Goat Lady Dairy helped ground the restaurant in the community. Even today, Quaintance continues to pay attention to local products and produce, choosing local farms and farmers when there’s “a significant flavor difference.”

“I think when you grow up on a farm, and especially where you have a lot of fresh produce — we had an orchard and a big garden — you just learn to appreciate that,” she says. “You learn that that’s the sort of food that’s good.”

In addition to menu development at all three restaurants, Quaintance also works on design, marketing and communications, leadership development, and finance — plus sales and catering at Proximity Hotel and O. Henry Hotel.

“Dennis and I sort of split it down the middle,” she says.

For a while, she did cooking segments on WFMY — over 300 in a seven-year span — and now, on Tuesdays, you can find her at sewing class, making her own clothes or occasionally a gift for someone else.

But she has no plans to retire anytime soon.

“I really enjoy what I do,” she says. “Mostly what I like is making guests happy: standing in the kitchen and looking at people in the restaurant, knowing I’ve done something that makes them happy.”

Kat Bodrie is the editor of 1808: Greensboro’s Monthly and special sections at BH Media Group. Originally from Statesville, she loves the unique character of the people and places in the Triad. Find her on Facebook or katbodrie.com.

Jay Pierce is the executive chef at Mozelle’s Fresh Southern Bistro in Winston-Salem. He thinks he can make good cocktails. He’s written a book, “Shrimp,” published by UNC Press.

Nancy King Quaintance got her start as a dishwasher at Walt Disney World.