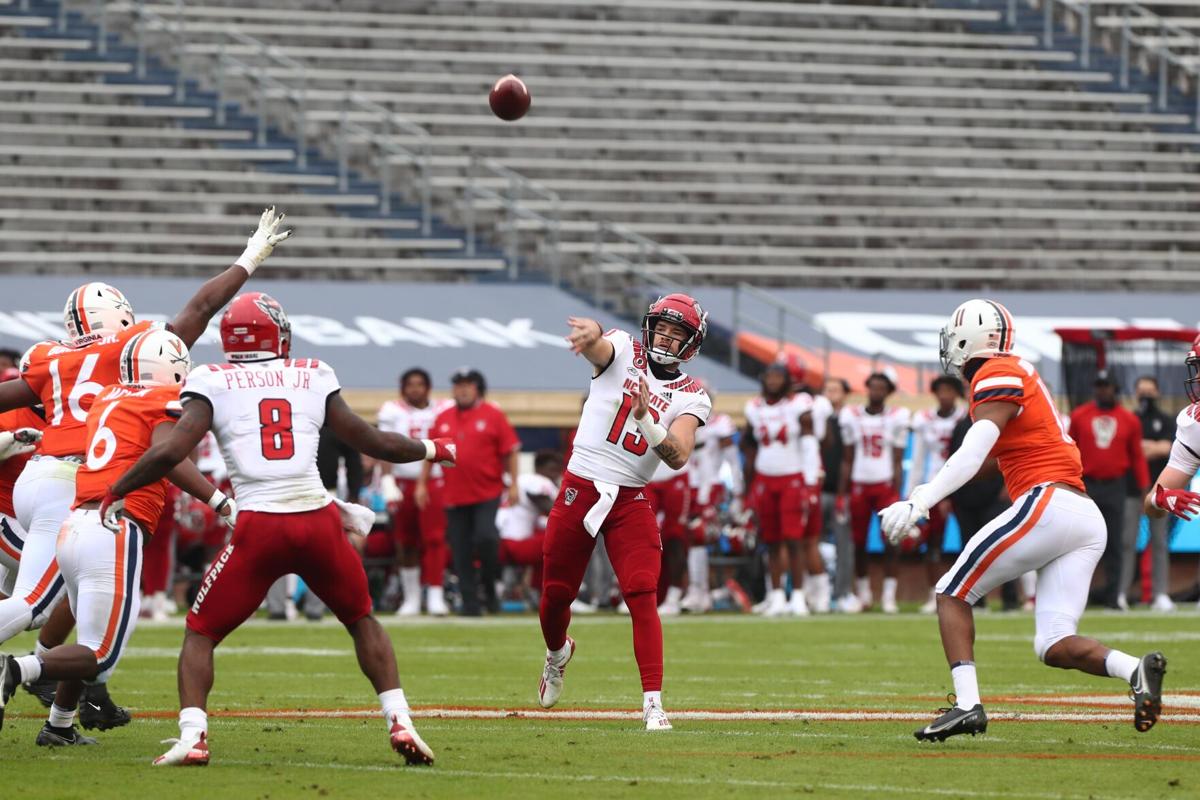 N.C. State and Duke are finally getting back together in football.

The Wolfpack and Blue Devils, separated by about 25 miles, meet Saturday in their first matchup in seven years and their first in Raleigh since 2009. That’s because the series that went decades as an every-year matchup has become merely occasional in the Atlantic Coast Conference’s cross-division scheduling rotation after waves of expansion.

“We go in every grocery store and you see N.C. State, you see Duke, you see (North Carolina), there’s stuff everywhere,” Wolfpack coach Dave Doeren said. “And yet we don’t play them. It’s just a natural rivalry game. It makes sense geographically to play a team that’s that close to you and your own league. So it’s kind of a common-sense deal, in my opinion.”

This will be the first home game since the Sept. 19 opener for State (3-1 ACC and overall), which is coming off consecutive road wins against then-ranked Pittsburgh and Virginia. Duke (1-4, 1-4) won at Syracuse last weekend.

The teams played every year except once from 1924 through 2003, the exception being in 1944 during World War II. But they've met just three times since the ACC expansion beyond nine teams in 2004, the last being in Doeren's first year in 2013.

The ACC typically plays an eight-game league slate with 14 football-playing members. The coronavirus pandemic caused changes that included No. 4 Notre Dame giving up its football independence to play as a 15th member for 2020 and the league revamping its scheduling model to include 10 conference games.

“With the midst of what we’re in, we have no idea what next year is going to look like,” Duke coach David Cutcliffe said. “We may be playing nine or 10 conference games every year. That may be what TV wants to see. So in that environment, it would likely have a better chance of happening.”

Things to know about the Duke-State game:

Development of State’s Devin Leary's at quarterback has been a key to the Wolfpack’s strong start.

Since taking over in the second half of the Virginia Tech loss, Leary has thrown for a career-high 336 yards and four touchdowns at Pitt, including the go-ahead score in the final minute, and two more scores at Virginia.

The Blue Devils have nine interceptions and 10 lost fumbles, with those 19 turnovers at least five more than any other team in the Bowl Subdivision. That included having to overcome four more in the Syracuse win.

Look for Duke to again lean on the running game.

Behind Deon Jackson (169 yards) and Mataeo Durant (163), the Blue Devils finished with 363 yards rushing and 645 yards total against Syracuse, both of which stand as the No. 3 single-game totals in 13 seasons under Cutcliffe. The Blue Devils hadn’t run more than 38 times in the first four games, but ran it 63 times against Syracuse.

The Wolfpack’s defense has stepped up in the past two wins.

State had a goal-line stand in each victory, first by stopping Pitt four times from the 1-yard line. Then the Wolfpack turned away Virginia when the Cavaliers got inside the 5, including stuffing the final two plays from the 1.

There was also the sight of 6-foot-2, 320-pound nose tackle Alim McNeill batting a pass, intercepting it and returning for an 18-yard touchdown against the Cavaliers.

This will be State’s first home game since Gov. Roy Cooper announced the state would ease public-gathering restrictions related to the pandemic. That cleared the way for schools to allow 7% of their stadium capacity for fans to attend, which would mean slightly more than 4,000 fans at 57,500-seat Carter-Finley Stadium.

Copyright 2020 The Associated Press. All rights reserved. This material may not be published, broadcast, rewritten or redistributed without permission.

Holiday Bowl, with ACC tie, becomes fourth game to cancel because of pandemic

SAN DIEGO — The Holiday Bowl has become the fourth bowl game to be called off because of the coronavirus pandemic.

Panthers, Falcons look to put mental mistakes behind them

CHARLOTTE — Thursday night games might not be all that popular among NFL players. For the Falcons and Panthers, the NFC South matchup can’t ge…

No. 1 Clemson looks for 27th straight ACC win vs. Syracuse

Panthers, Falcons look to put mental mistakes behind them

CHARLOTTE — Thursday night games might not be all that popular among NFL players. For the Falcons and Panthers, the NFC South matchup can’t ge…

GAINESVILLE, Fla. — The Southeastern Conference postponed next week's game between Missouri and No. 10 Florida on Friday, the third league con…

Steve Forbes' plan got Daivien Williamson to ETSU; the proof it worked brought the guard back to Winston-Salem and Wake Forest

Chris Paul embraces his time back home in Winston-Salem