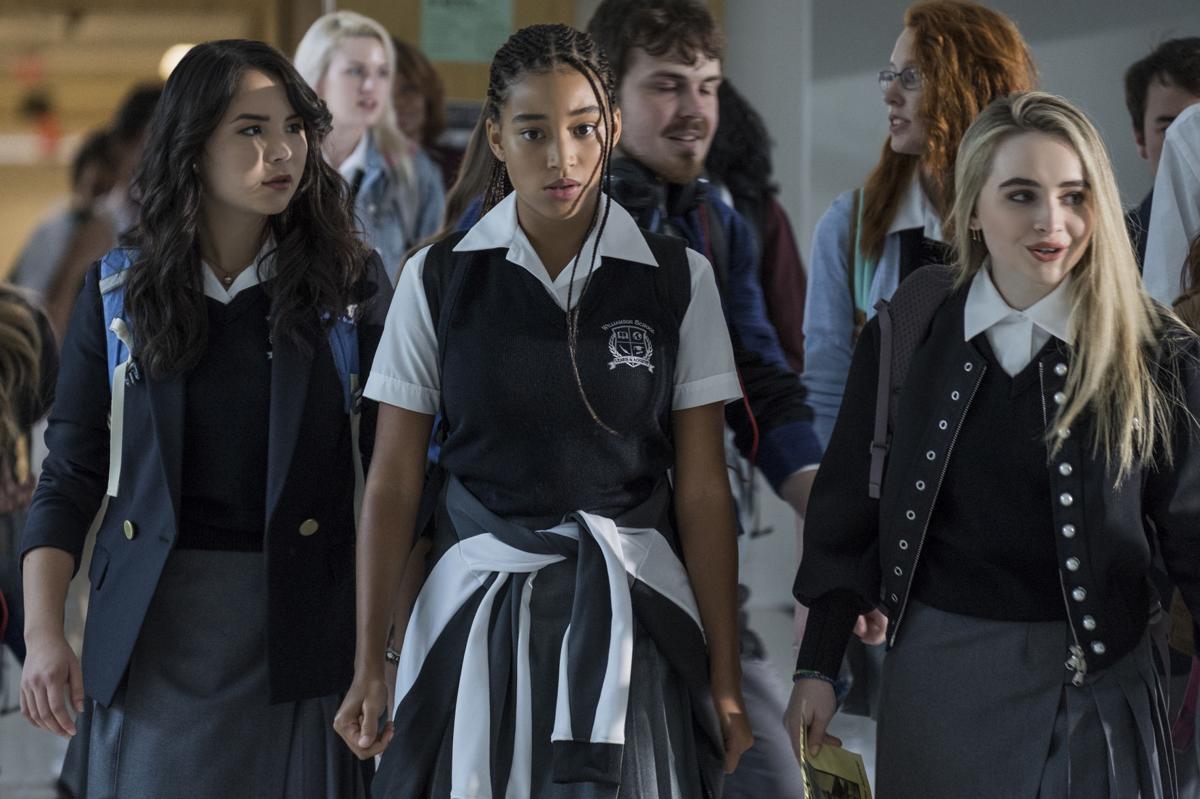 Megan Lawless (from left), Amandla Stenberg, and Sabrina Carpenter in a scene from “The Hate U Give.” 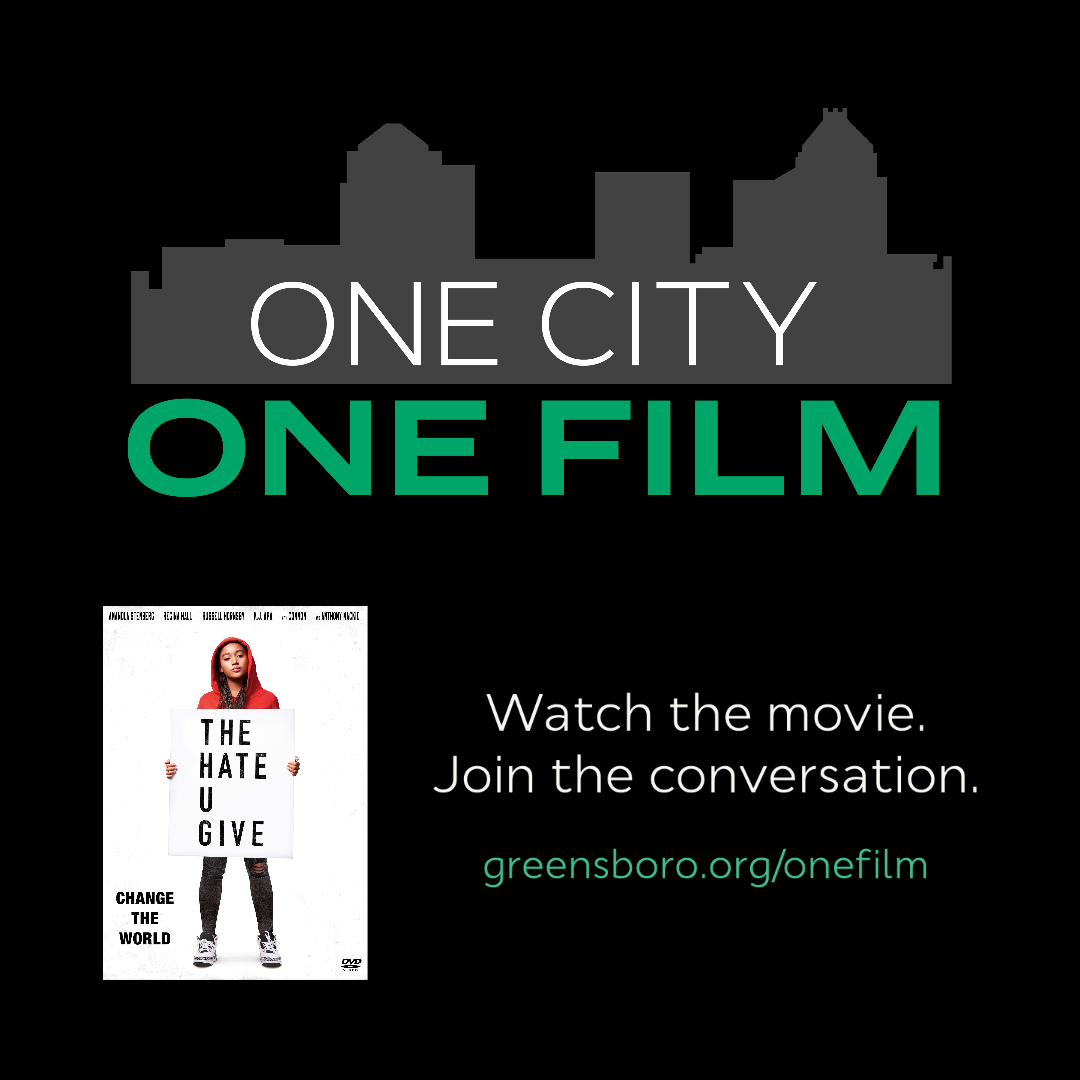 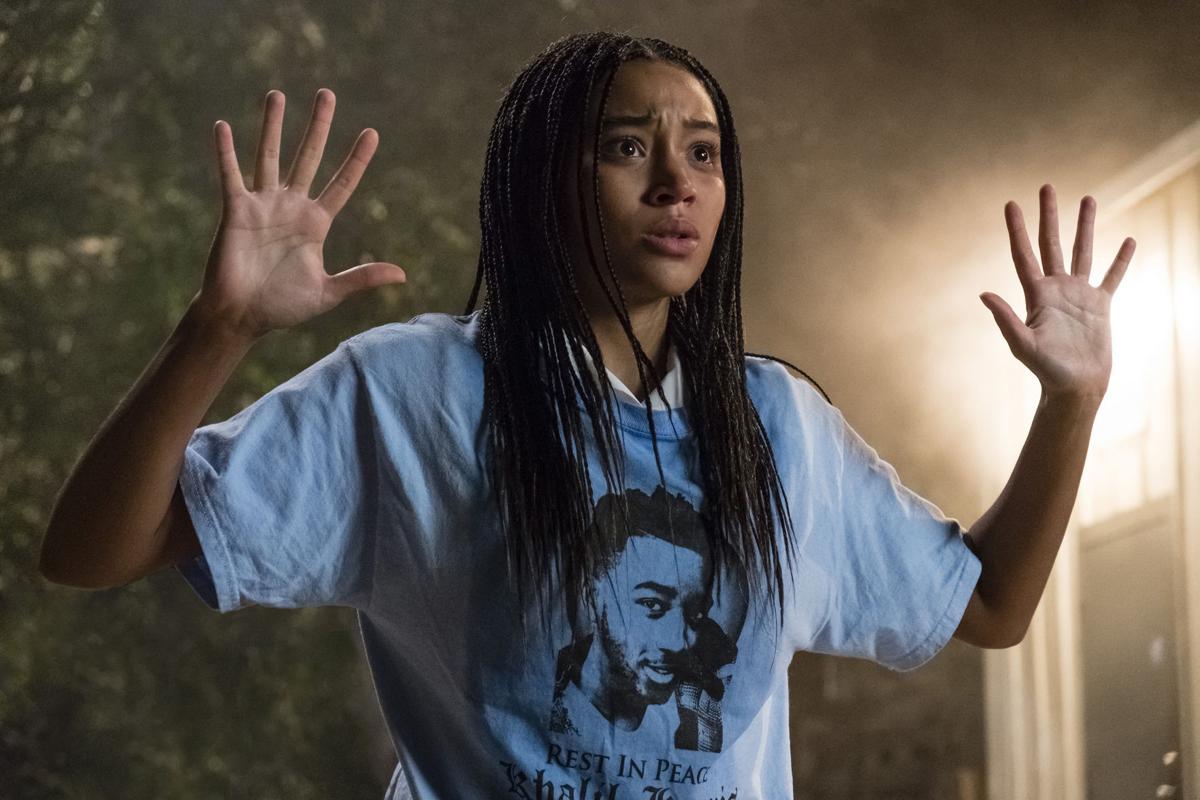 Amandla Stenberg in a scene from “The Hate U Give.”

Megan Lawless (from left), Amandla Stenberg, and Sabrina Carpenter in a scene from “The Hate U Give.”

Amandla Stenberg in a scene from “The Hate U Give.”

GREENSBORO — Building on the popular One City, One Book project, the local library and Chamber of Commerce have created One City, One Film to address the topic of racial inequality.

To get it started, they have encouraged residents to watch the 2018 film “The Hate U Give” or to read the award-winning young adult novel by Angie Thomas on which it’s based.

That will inspire virtual community discussions about Black experiences and racial equity planned for Tuesday, Wednesday and Thursday on the videoconferencing platform Zoom.

“We hope to have many different voices from the community that can join these discussion sessions,” said Stephanie Rivers, member engagement retention specialist for the Greensboro Chamber of Commerce.

Trained facilitators will participate in the call to encourage participation and guide a respectful discussion, Rivers said.

The idea for One City, One Film followed nationwide Black Lives Matter protests over the May 25 death of George Floyd at the hands of Minneapolis police.

In the novel and film, Starr Carter is constantly switching between two worlds: the poor, mostly Black neighborhood where she lives and the wealthy, mostly white prep school that she attends.

The tense balance between those worlds is shattered when she witnesses the fatal shooting of her childhood best friend by a police officer.

Starr faces pressure from all sides of the community, but finds her voice and decides to stand up for what’s right.

Next week’s discussions about “The Hate U Give” will focus on how issues of race, education and policing raised in the film apply to this city.

They will identify steps that can be taken by local leaders and individuals to address them.

The chamber is an organization of businesses and the city’s primary economic development group.

It runs Other Voices, a leadership development and community building program that examines the roots of prejudices.

With the nationwide protests after Floyd’s death, the chamber saw the need to act.

The chamber and library partnered with businesses, community organizations and faith groups on the #GSOAgainstRacism campaign.

It asks that people sign the pledge at gsoagainstracism.com. So far, nearly 800 have signed.

It also asks that people share their support by using #GSOAgainstRacism on social media channels.

The chamber took a page from the library’s biennial One City, One Book project, when the library chooses one book and encourages everyone to read it.

Rivers helped to lead the planning committee that contacted the library, created One City, One Film and chose “The Hate U Give.”

The city of Fayetteville organized a similar discussion in 2019 around the same film.

Rivers hopes that the effort unites the community to understand issues of racial inequality depicted in the film as it examines Greensboro. Organizers want it to lead to continued conversations.

“In the past there have been conversations,” she said. “But why haven’t they stuck and what can we do differently this time? We are hoping these community discussions will help figure that out.”

What: Virtual community discussions about the film, "The Hate U Give"

Where: Go online to greensboro.org/onefilm to register via Zoom. Registrants will receive a link to the discussions on Zoom.

Want to watch the film?

The film, "The Hate U Give," is available to rent or buy on platforms such as Amazon, Vudu, YouTube, Google Play, Fandango and HBO Now. For more information, go to greensboro.org/onefilm.

Honest discussion, or another chance to dump on the police?