The Julian Price mansion, known as Hillside, was featured in a January 2017 episode of the A&E reality series “Hoarders.” That was before new owners Michael and Eric Fuko-Rizzo undertook a major rejuvenation. 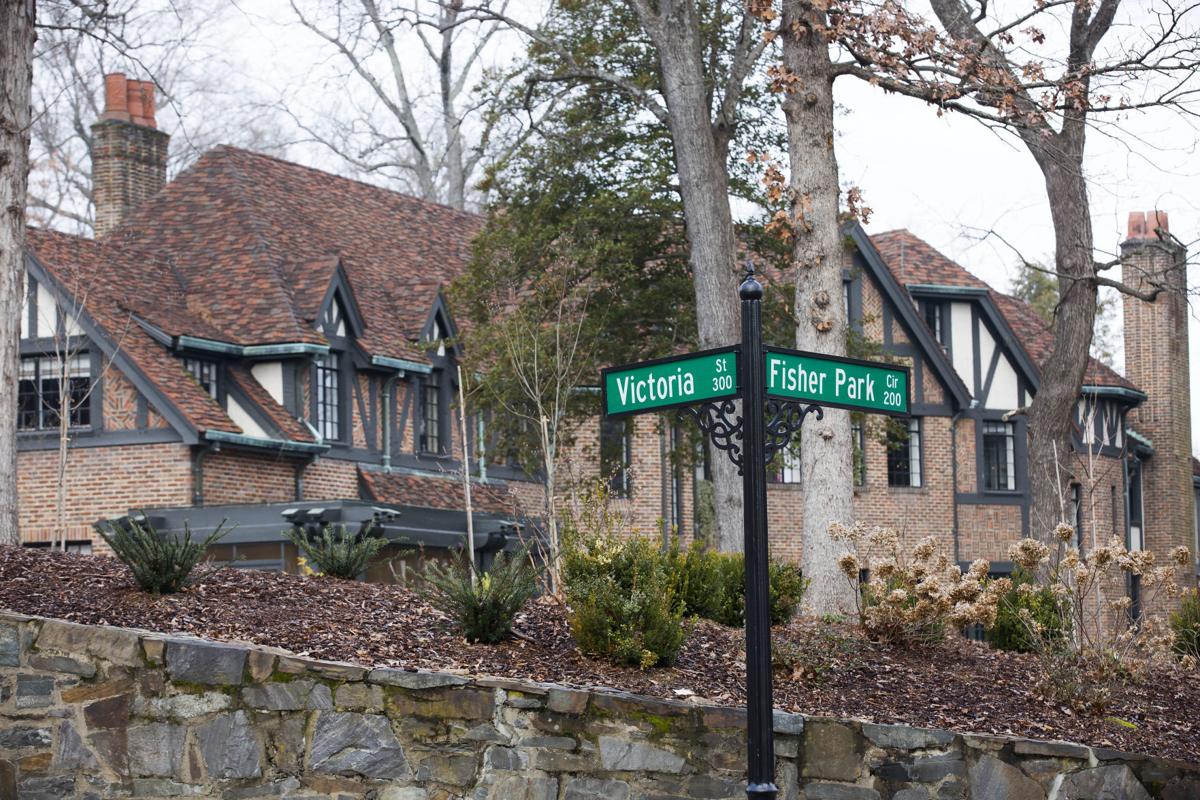 The Julian Price house at 301 Fisher Park Circle has undergone a rejuvenation since January 2017, when it and the previous owner were featured in an episode of the TV reality series “Hoarders.” 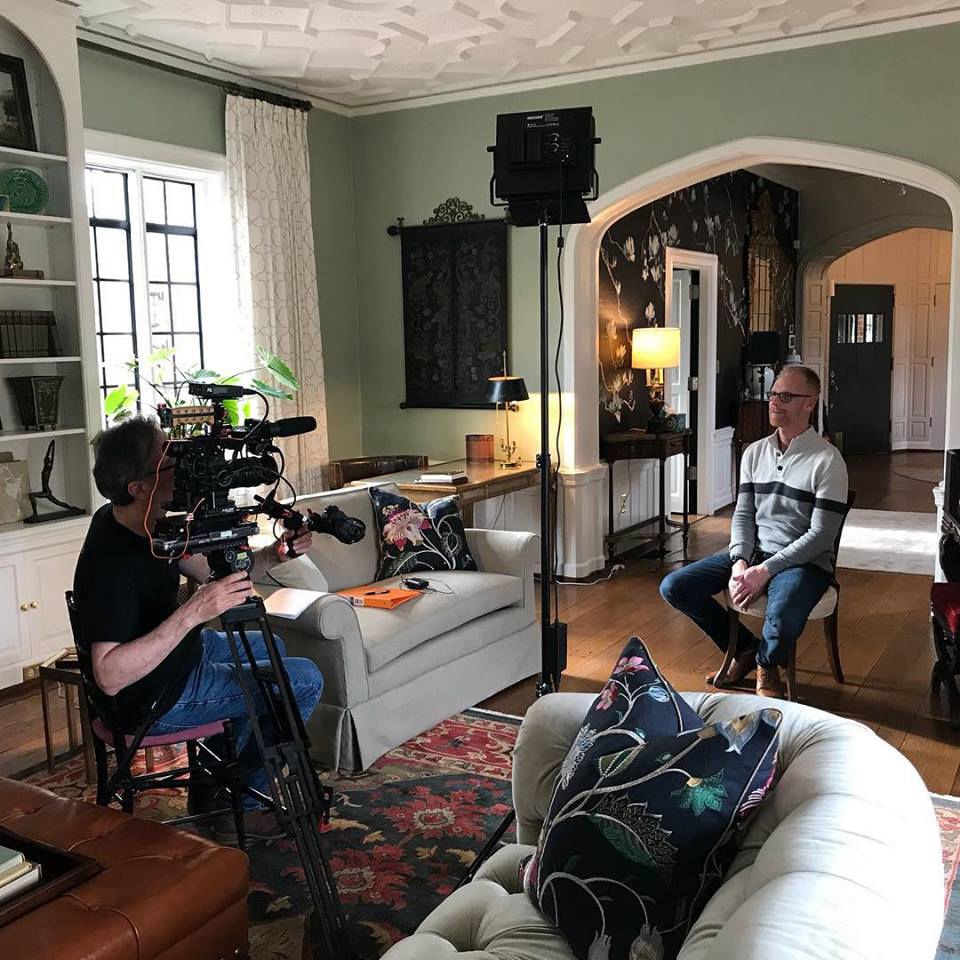 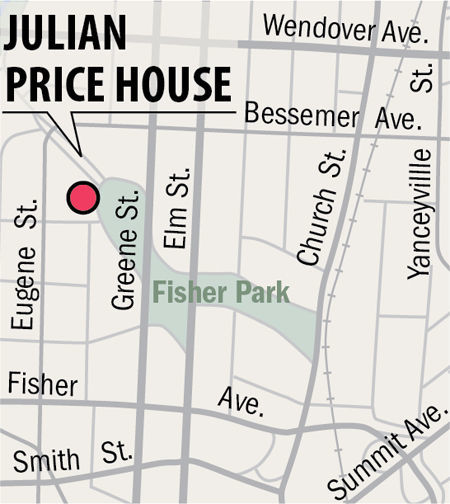 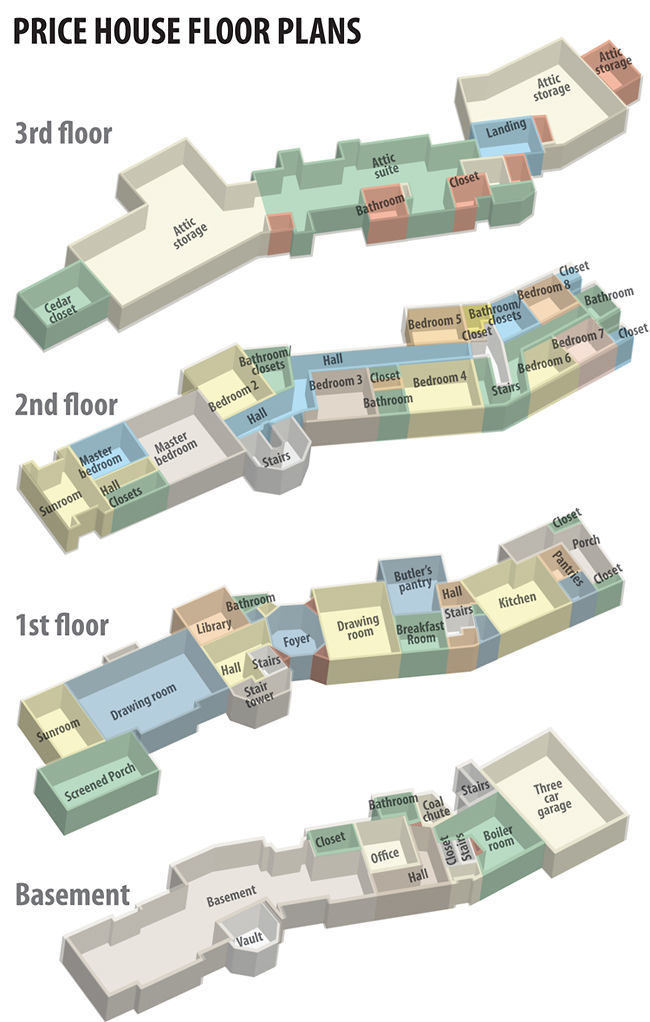 GREENSBORO — New owners of the historic mansion featured on the TV show "Hoarders" have not abandoned their efforts to turn part of it into a bed-and-breakfast.

They have appealed the Greensboro Zoning Commission's decision to deny the special use permit needed to operate in the single-family residential district of Fisher Park.

At its May 20 meeting, the zoning commission voted 4-3 against a motion to approve the bed-and-breakfast permit request for the rejuvenated home at 301 Fisher Park Circle.

The Fisher Park Neighborhood Association board spoke in favor of the permit, with conditions.

But about eight residents spoke against it, voicing concerns about parking and noise.

It named the city of Greensboro as the defendant.

"Petitioners' proposed use of the property as a bed-and-breakfast met all requirements set forth (in the zoning ordinance)," the appeal said.

Among those requirements: the owner or operator must live on site. The Fuko-Rizzos recently moved into part of the house with their 4-year-old twin daughters.

They had planned to rent out five other bedrooms in the 31-room, 90-year-old house to guests. Guests would eat breakfast at Iron Hen Cafe two blocks away, Michael Fuko-Rizzo said in a Thursday interview.

Jake Keys, the city communications manager, said Friday that the city does not have a comment because the permit ruling came from a commission.

Known as Hillside, the brick and half-timbered mansion was built in 1929 for Julian Price, the president of Jefferson Standard Life Insurance Co.

For years, its beauty was hidden under overgrown foliage and clutter, accumulated by then-owner Sandra Cowart.

In January 2017, it gained national fame as the setting for an episode of the A&E television reality series “Hoarders.”

Cowart lost the property to foreclosure. Under the Fuko-Rizzos, it underwent a major transformation. Michael Fuko-Rizzo declined to say how much they spent.

But when a wedding was held at the house in November, Fisher Park neighbors complained about cars and noise.

“When a family friend said, ‘Can I have a wedding there?’ I had never processed that they couldn’t or shouldn’t,” Michael Fuko-Rizzo said in an interview at the time.

A Toys for Tots holiday event for Realtors brought more traffic and complaints. Frustration on both sides spilled into the neighborhood association’s annual meeting in December.

The Fuko-Rizzos agreed to conditions for the use of the home.

It would not be an an event center, they said.

They agreed to comply with the zoning rules for bed-and-breakfasts in a residential neighborhood.

Rules also require that: it not be within 400 feet of a rooming house or other bed-and-breakfast; it allows no more than six guest rooms, and that guests can't stay longer than 15 days within a 60-day period.

The owners agreed to more conditions: to make guest records available to the zoning administrator, to locate required parking on site, and to prohibit bands, DJs, amplified speakers or instruments outdoors at any time or indoors after 10 p.m.

The city's Historic Preservation Commission recommended the special use permit, saying that a bed-and-breakfast would be compatible with the goal of the long-term preservation of the house, city Senior Planner Mike Cowhig said.

The appeal contends that the zoning commission based its denial "on conclusions unsupported by factual data, those being speculative assertions, mere expressions of opinion, and generalized fears..."

Michael Fuko-Rizzo calls the permit denial and appeal "just another bump in the road" during the four-year process of buying and restoring the house.

Around Town: Sip and See at Hillside (Julian Price house)

The family that restored the historic Julian Price mansion, featured on the TV show "Hoarders" won its fight to use part of the building as a …

New owners of Greensboro's historic Julian Price house, the subject of a "Hoarders" episode before its recent rejuvenation, plan to offer it for short-term rentals.

The saga of Greensboro's historic Julian Price house will return to the airwaves on Tuesday, when the A&E network airs an update on its "Hoarders" episode from 2017.

The Adamsleigh estate in Sedgefield has been sold for $2.41 million to Jason Harris, co-owner of Furnitureland South, and his wife, Jennifer. Now there is a possibility that they will demolish its 90-year-old mansion, and that prospect upsets historic preservationists.

Tours of the Designer Showhouse at Greensboro's historic Julian Price house have been extended another week, to May 6.

Then and now: Inside the historic Julian Price house

Take a look at the before-and-after appearance of Greensboro's historic Julian Price house.

From 'Hoarders' house to show house: The transformation of famed Hillside mansion

Designers will turn Greensboro historic Julian Price house into a showhouse in April. The mansion was the setting for a January episode on the A&E television series, "Hoarders."

Greensboro's historic mansion known as Hillside will open its doors on Thursday evening for a Sip & See, to benefit Preservation Greensboro.

The public can meet designers of the upcoming Designer Showhouse at the historic Julian Price mansion in Greensboro from 6 to 8:30 p.m. March 1.

Well, we got through one snowstorm. Now, we wait to see if there's more.

To 'stay ahead' of COVID-19, N.C. A&T relies on robust testing program

The Julian Price mansion, known as Hillside, was featured in a January 2017 episode of the A&E reality series “Hoarders.” That was before new owners Michael and Eric Fuko-Rizzo undertook a major rejuvenation.

The Julian Price house at 301 Fisher Park Circle has undergone a rejuvenation since January 2017, when it and the previous owner were featured in an episode of the TV reality series “Hoarders.”