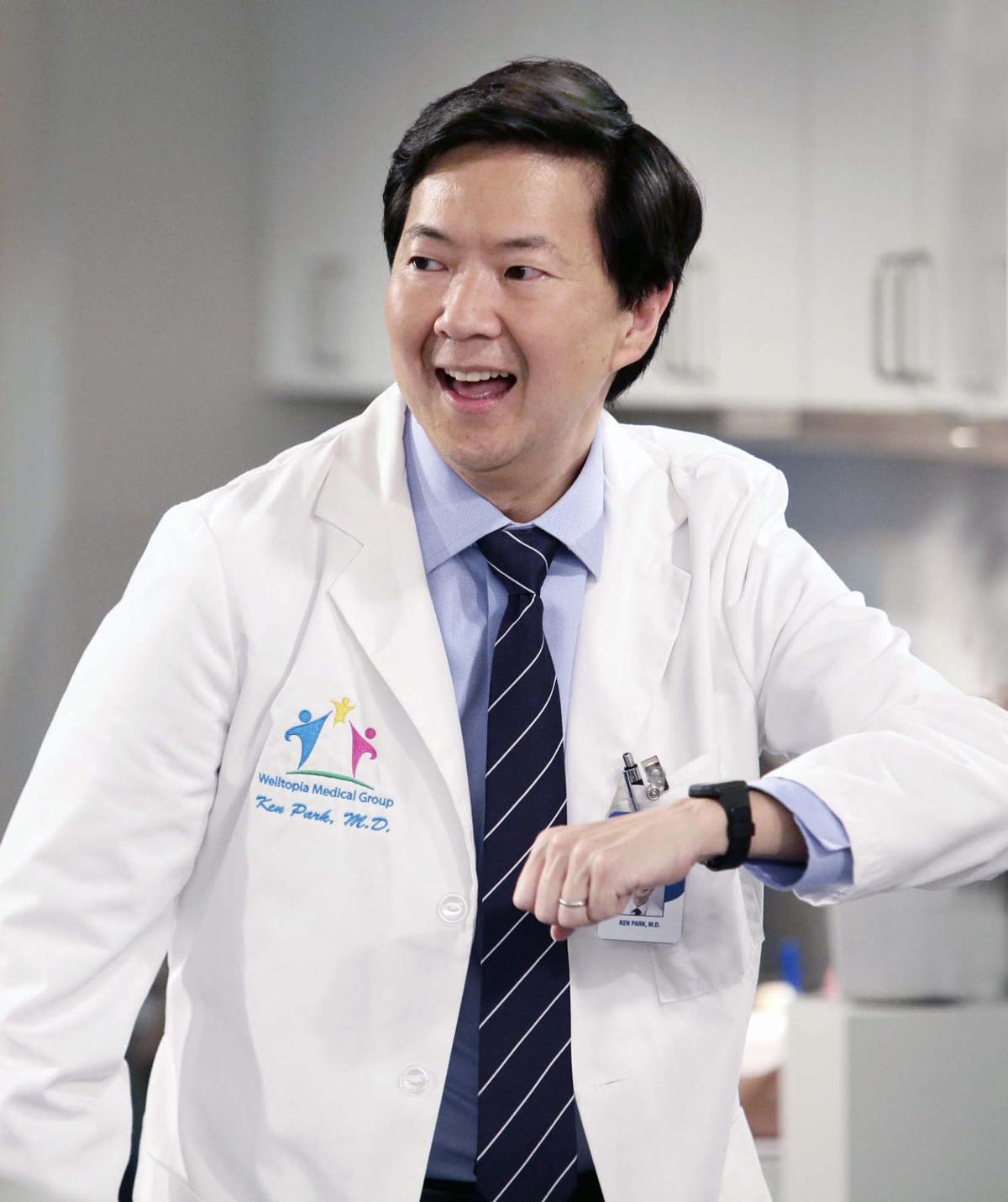 Actor and comedian Ken Jeong, who is a physician, helped attend to a woman who was having a medical emergency during his show in Phoenix on Saturday. 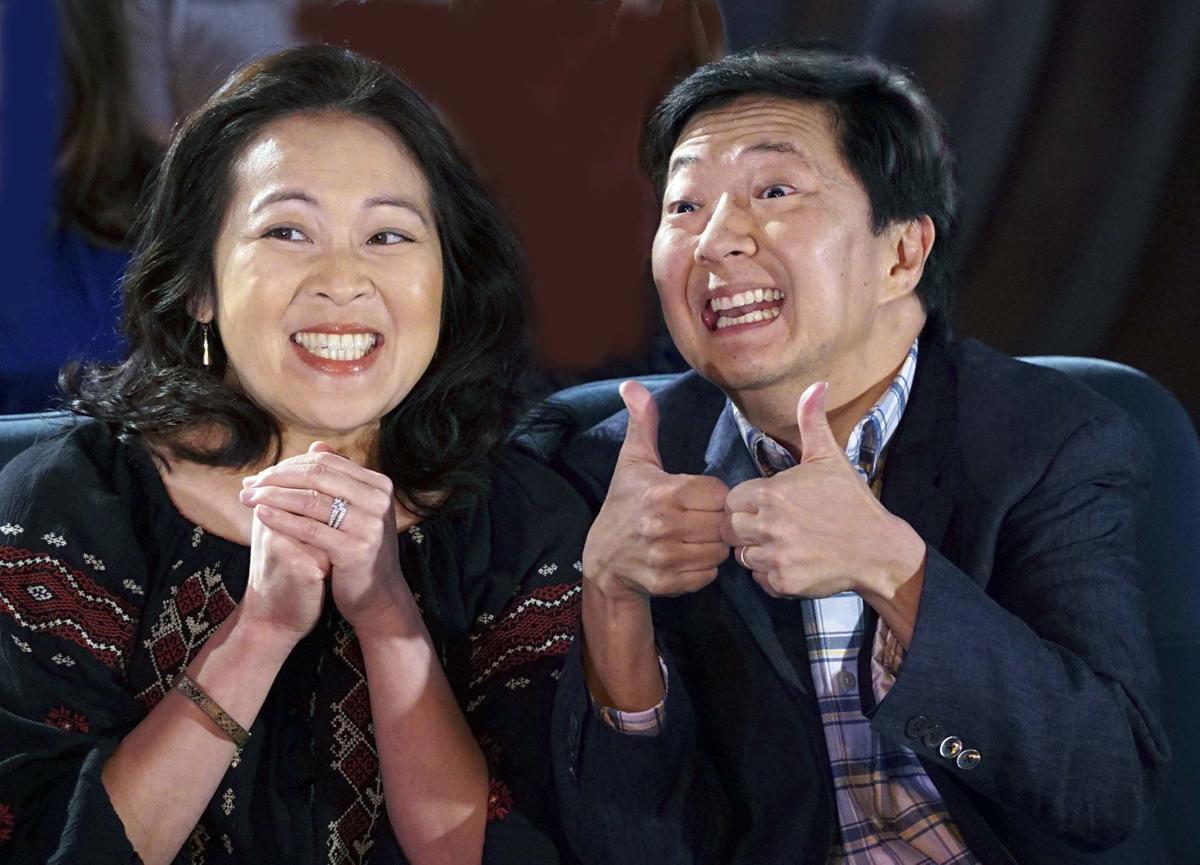 Suzy Nakamura and Ken Jeong co-star in ABC’s new comedy, “Dr. Ken.” Not only does Jeong play a doctor on the show, he is one in real life, too. Jeong was raised in Greensboro and attended Page High School. The show premiered Friday night.

BEVERLY HILLS, Calif. — All of his life Ken Jeong had only one goal in life: to make good grades and become a physician. While he admits he was a nerd — a popular nerd — he kept that ambition close to his heart.

Then something went terribly wrong. Oh, the former Greensboro resident achieved his goal all right. He became a physician in internal medicine employed with an HMO in L.A. Joeng earned his undergraduate degree from Duke University and his medical degreee at UNC-Chapel Hill. But he discovered that he could best "do no harm" by making people laugh.

That's the circuitous way that Jeong finds himself the star of his own sitcom, "Dr. Ken," premiering on ABC Oct. 2. The costar of the "Hangover" movies and the TV series "Community" says he never intended to give up his day job.

"I kind of discovered theater in college. I discovered everything late in life, so I wasn't the class clown or anything like that," he says, seated at a marble-topped table in a coffee bar here.

"I loved a good laugh but I think, in a way, being a late bloomer helped me because when I was a kid, I was just trying to get into college and to get good grades. That's all I cared about. I didn't have any ambitions in high school to do this whatsoever."

Jeong was felled by the acting virus during his last days of high school.

"There was this little performance piece, and I was asked to do it, and kind of stole scenes in that. I just didn't know I had a knack for it like that ... I just kind of scratched that itch in college. One thing led to another and led to standup, led to acting — all the while, I still felt it was a hobby. My goal was to be a physician and to still do this."

"It was one of those things that your passion side-project became your full-time job," says Jeong. "Still there's a side of me — like 10 years ago I was doing standup on the side, and I was very happy doing that. I was working at an HMO and my wife's a doctor, all my good friends are doctors. So I was happy then. I'm much happier now."

Most actors can pinpoint the grim times of their ascent to prominence. Not Jeong. For him, it was a sure and steady climb in show business, his antics stealing almost every scene he was in.

But life threw him a challenge far more wrenching than his erratic job. His wife, Tran, was diagnosed with breast cancer when their twin girls were just a year old. Their extended family rallied to the cause and fortunately she has been cancer-free for seven years and still works in family practice.

In fact, it was Tran who encouraged him to forsake his steady job for the far more quixotic laugh factory.

"It was scary to quit my day job," he says. "I wasn't sure I could make it. I said, 'Well, if it doesn't work out, I could go back in some shape or form.' I do remember thinking, 'I don't know if this will work out.' But I was really happy when I finally committed to it."

"Entertainment is so fickle," he says, shaking his head, "and you just don't know. But at the same time, it's very clarifying because knowing that no job lasts forever, it's a lot like life. Just enjoy it while you can. Make the most out of every job. So whether I'm doing something like 'Dr. Ken,' I want to enjoy every second of it. I want this to be as fulfilling as possible. And that's kind of how one should look at life.

"I'm not talking about MY day job, but when someone feels stuck, in a rut in their day job — even if you're making a good living; it's the same old crap every day. What's the joy in that? Do you come home just to be miserable and everything's really a depressing version of 'Groundhog Day?' So I'm spared of that," says Jeong.

"I think part of me craves stability, and part of me craves excitement. I'm just trying to have a balanced view of it. I think you're doing humanity a disservice if you're not doing what you love to do. It's bigger than that. I still keep in contact with patients and still have my license to practice. My wife's a doctor, and I think the last thing you want is a doctor to take care of you who doesn't want to do it."

Actor and comedian Ken Jeong, who is a physician, helped attend to a woman who was having a medical emergency during his show in Phoenix on Saturday.

Suzy Nakamura and Ken Jeong co-star in ABC’s new comedy, “Dr. Ken.” Not only does Jeong play a doctor on the show, he is one in real life, too. Jeong was raised in Greensboro and attended Page High School. The show premiered Friday night.