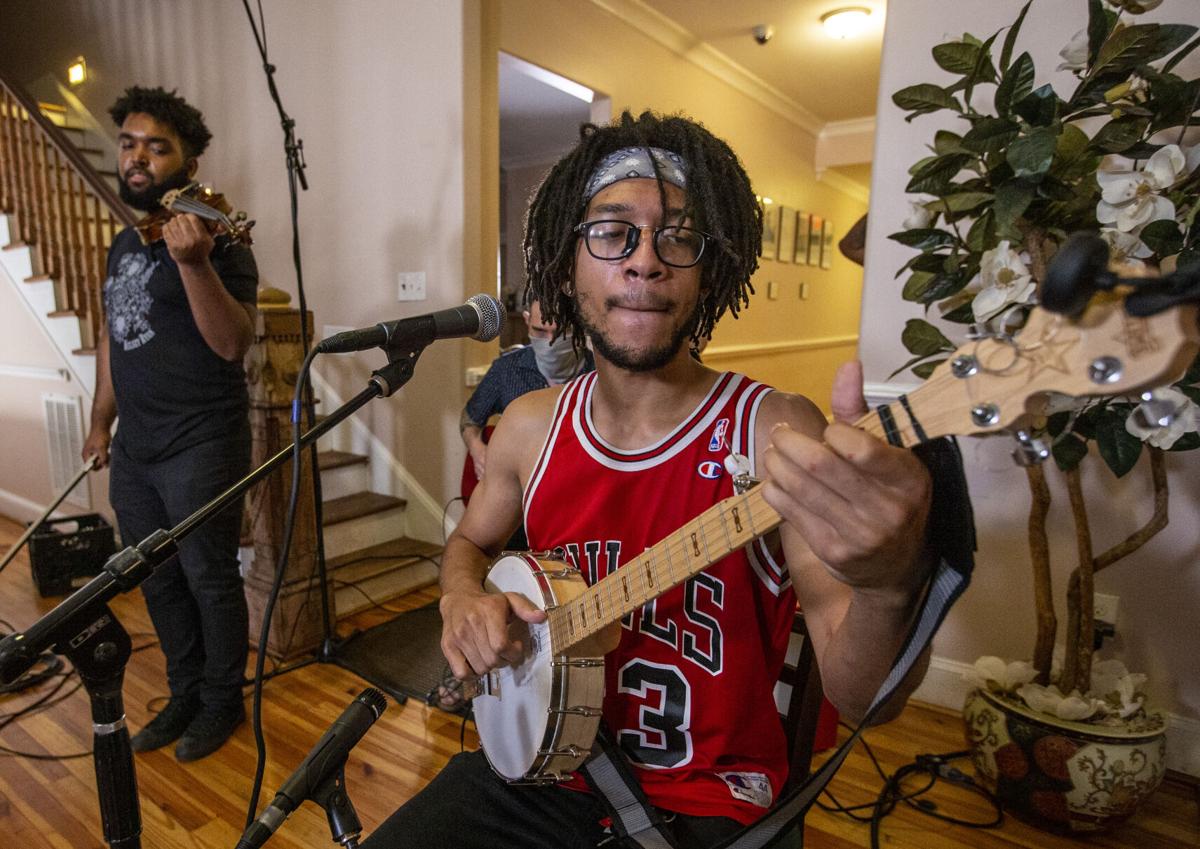 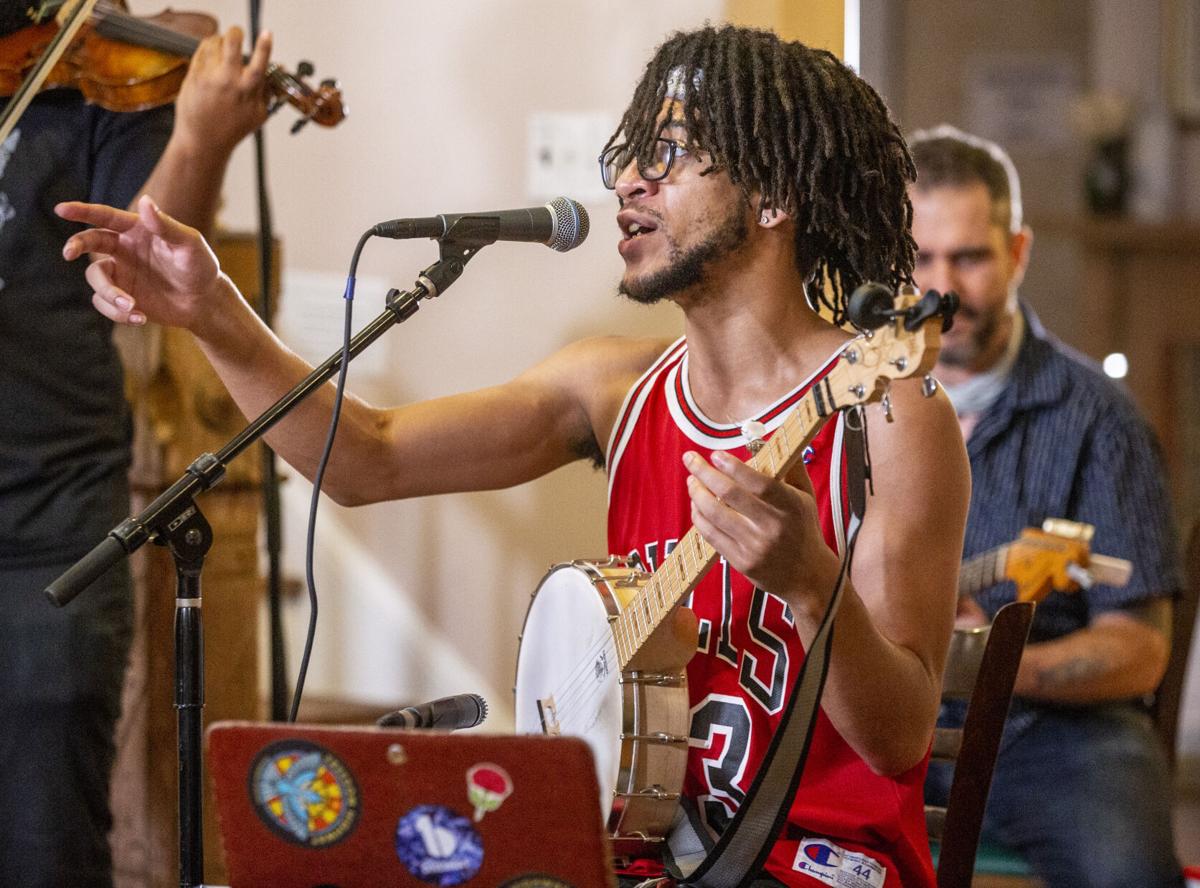 GREENSBORO — Prepare your computer or television, get snacks and drinks ready, and settle in for three nights of free music.

Because of the COVID-19 pandemic, the annual N.C. Folk Festival and Carolina Blues Festival will go virtual this weekend.

That means no downtown streets filled with music, food, traditional crafts and spectators enjoying it all.

But there will be a mix of musical styles to enjoy from your home online and on Greensboro Television Network.

The performances were recorded live at iconic locations by 7 Cinematics, the Emmy Award-winning video music and streaming production company based in the city.

Thanks to the company's working relationship with streaming service nugs.net, the talent will get more international exposure.

Following the folk festival segment Saturday night, the blues festival will present a virtual performance at 8 p.m. by Vanessa Ferguson, a local resident and finalist on the television competition, "The Voice."

She headlines a lineup titled "Women of the Blues."

Here are highlights of the lineup in order of appearance:

• Rissi Palmer: The Durham-based Palmer is a country, pop, R&B/soul musician. She debuted in 2007 with the single "Country Girl." It made her the first African American woman to chart a country song since Dona Mason in 1987. Her performance was filmed at the Charlotte Hawkins Brown Museum in Sedalia.

• Justin Harrington, aka Demeanor: The Greensboro-born rapper merges hip-hop and unorthodox folk elements. He and his mother, Lalenja Harrington, performed on the album "Freedom Highway," the second solo studio album by his aunt, Grammy Award-winner Rhiannon Giddens. His performance was filmed at the historic Magnolia House, a segregation-era motel for African Americans traveling the East Coast.

• Chatham County Line: Bluegrass group formed in Raleigh. Its performance was filmed at The Old Mill of Guilford in Oak Ridge.

• Charly Lowry & Friends: This Lumbee-Tuscarora musician from Robeson County was a contestant on Season 3 of competitive reality television show "American Idol." She filmed her performance at the Magnolia House.

• Veronika Jackson (34th annual Carolina Blues Festival): The Georgia-based acoustic folk/blues artist will pay tribute to the late Elizabeth "Libba" Cotten, an American blues and folk musician, singer and songwriter from Carrboro. The performance by the Florida native was filmed at the Underground Railroad tree at Guilford College. "We really thought it would highlight our context for our performance," said Atiba Berkley, president of the Piedmont Blues Preservation Society, which joined forces with this year's folk festival.

• The Hamiltones: The Charlotte and Greensboro-based R&B/soul trio started as backup vocalist for Grammy Award-winning soul singer Anthony Hamilton. Members are Corey "2E" Williams II from Greensboro, Tony Lelo from Morrisville and J. Vito, who grew up in Anson County. The group filmed its show in front of the International Civil Rights Center and Museum in center city.

• The Piedmont Blues Preservation Society will present its 34th annual Carolina Blues Festival virtually at 8 p.m. on piedmontblues.org and ncfolkfestival.com. Vanessa Ferguson will headline a lineup titled "Women of the Blues."

• The Burnett Sisters Band: The family band from Boone plays old-time music. Its performance was filmed at Gateway Gardens.

When: The folk festival virtual music series starts at 6 p.m. nightly, Friday through Sunday. The Carolina Blues Festival runs from 8 to 10 p.m. Saturday.

Cost: Free, but donations will be accepted. Help to keep the folk festival free and pave its way to return in 2021 in downtown Greensboro by contributing to the Virtual Bucket Brigade. Click the donate link at ncfolkfestival.com, or send a check payable to North Carolina Folk Festival, P.O. Box 5364, Greensboro, NC 27435.

Etc.: The pre-recorded videos were made at notable locations, such as Center City Park, the International Civil Rights Center and Museum and others. The concert segments — each two hours long — will be posted over three nights. At 8 p.m. Saturday, the Piedmont Blues Preservation Society will present a virtual performance headlined by Vanessa Ferguson.

Search, view, and purchase directly from the artisans and craftspeople who were selected to participate in the 2020 Virtual NC Makers Marketplace. They sell traditional crafts such as ceramics, jewelry and quilting alongside more contemporary works.

The N.C. Folk Festival will go on this year, but you'll be watching it from home