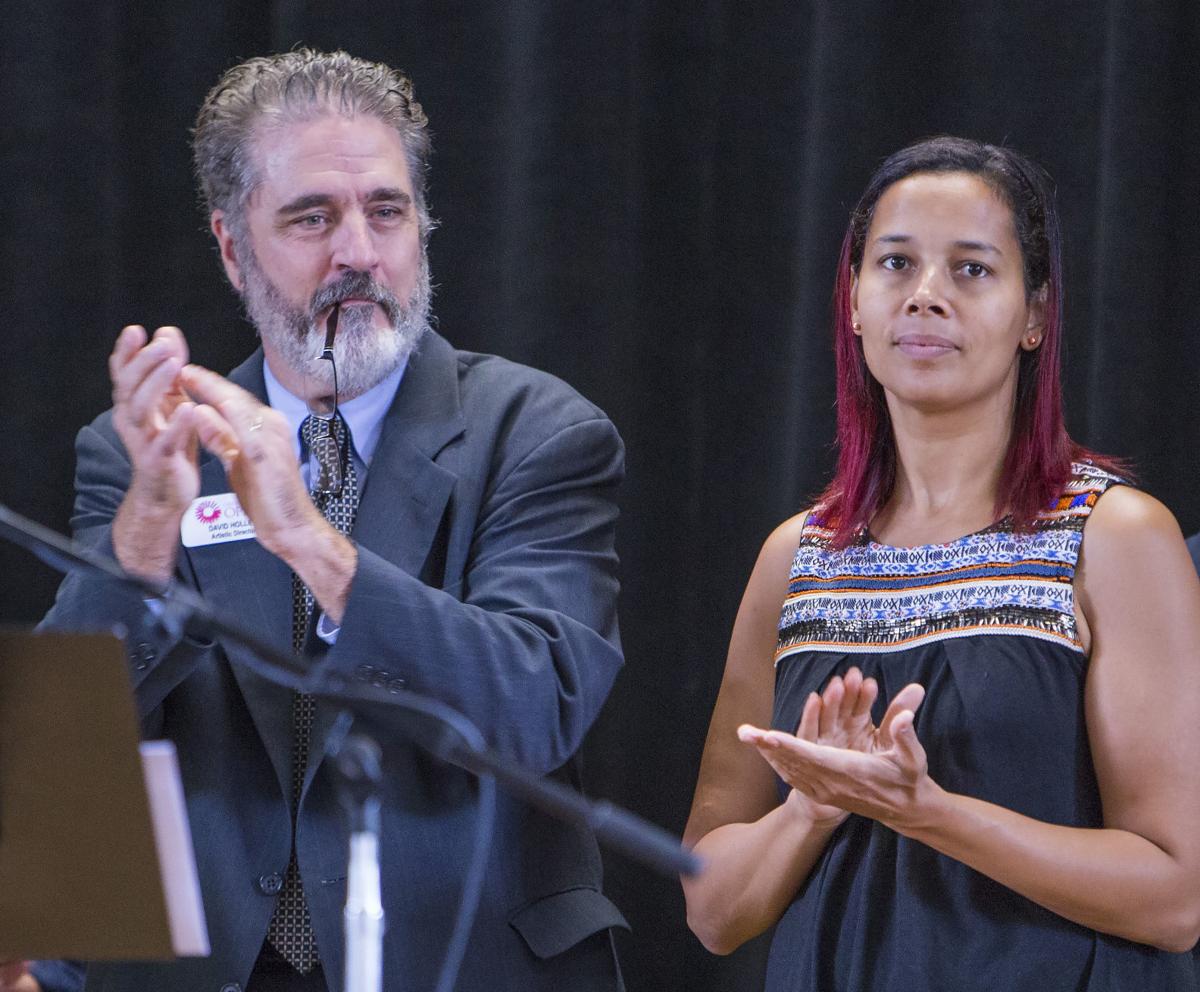 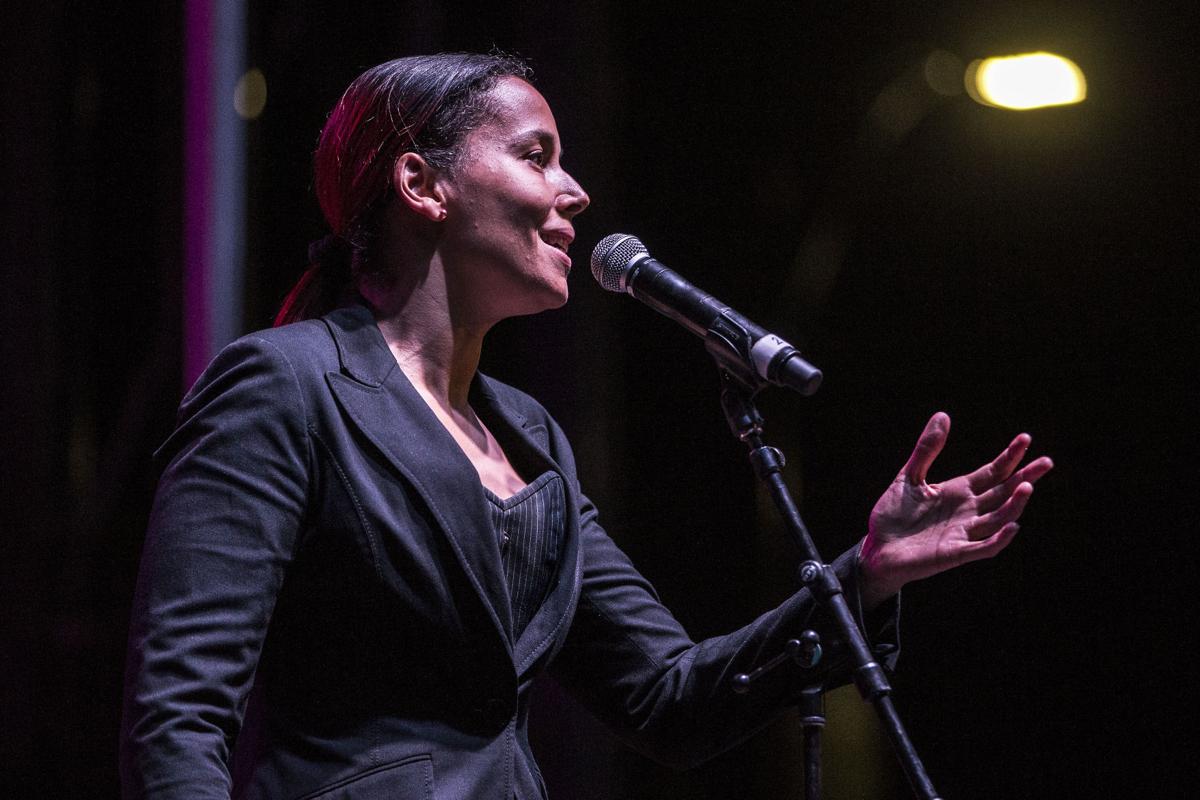 GREENSBORO — The coronavirus pandemic has prompted Greensboro Opera to postpone its production of “Porgy and Bess,” starring city native and Grammy Award-winner Rhiannon Giddens, to January 2022.

The local opera company had planned to present the production on Nov. 13 and 15 at the new downtown Steven Tanger Center for the Performing Arts.

But the Tanger Center has yet to open because of the pandemic, and no opening date has been announced.

Monday’s announcement cited “an abundance of caution” for cast, crew and patrons in the decision to present “Porgy and Bess” at the Tanger Center on Jan. 21 and 23, 2022 instead — 14 months from the original dates.

“Nobody knows when anybody is going to be comfortable sitting in a theater, a foot away from somebody else,” said David Holley, opera company general and artistic director.

He also cited national research that “singing is actually one of the most dangerous things to do, with the way the droplets are expelled when you sing and the mist that stays in the air.” That can spread the respiratory virus.

“It became apparent that it would be hard to even rehearse let alone produce,” Holley said.

Tickets for the original performance will be honored and automatically transferred to the new dates.

Tickets have been a popular purchase since Holley announced the production in September 2018.

More than 3,700 tickets — more than 65 percent of those available for the two performances — have been sold to date.

Rescheduling any opera production is a multi-faceted undertaking. It involves confirming the availability of the Tanger Center, contracted artists, orchestra, chorus and children’s chorus.

Holley said he was pleased that all principal artists, including Giddens, Thomas Cannon, Sidney Outlaw, Awadagin Pratt and others are available for the new rehearsal and performance dates.

Giddens, a singer, songwriter, multi-instrumentalist and MacArthur Foundation “genius grant” recipient, will star in the role of Bess.

She is an alumna of UNCG, where Holley is director of opera.

Giddens is a classically-trained singer with operatic credits such as the title roles in Gounod’s “Roméo et Juliette” and Carlisle Floyd’s “Susannah,” as well as Beth in the North Carolina premiere of Mark Adamo’s “Little Women.” The latter two won first place for the UNCG Opera Theatre in the National Opera Association’s Opera Production Competition.

In December of 2018, Giddens launched a podcast series entitled “Aria Code” produced by The Metropolitan Opera and WNYC. The Spoleto Festival will present the world premiere of her opera, “Omar,” in its 2021 season.

She divides her time between homes in Greensboro and Ireland and has been in Ireland during the pandemic.

With familiar tunes such as “Summertime,” “I Got Plenty o’ Nuttin’,” “It Ain’t Necessarily So,” and “My Man’s Gone Now,” this is a story about community — love for each other, struggles and redemption and overcoming adversity.

In its contract, the Gershwin estate says the opera must be performed by a black cast, Holley said.

Cannon, a baritone, will sing the role of Porgy. He appeared as Porgy in Fort Worth Opera‘s production in May 2019.

Outlaw, a baritone who has sung with the Metropolitan Opera, will perform as the fisherman Jake.

Awadagin Pratt, a faculty artist at the Eastern Music Festival, will conduct the opera’s orchestra.

Elvira Green, a Greensboro resident and opera board member, will serve as artistic adviser. The veteran mezzo-soprano performed in “Porgy and Bess” at the Metropolitan Opera in New York.

Crews continue fine-tuning amenities in Greensboro's new Steven Tanger Center for the Performing Arts, which has yet to open because of the COVID-19 pandemic. No opening date has been set.

N.C. major venues team up to plan for eventual return of events

Leaders of North Carolina's major entertainment venues have joined forces to plan for the return of concerts, Broadway and comedy events, when the time comes.

Why has the production of Porgy and Bess been postponed for 14 months?

After months of deliberation, Greensboro Opera made the necessary decision to postpone the production out of concern for the well-being of our patrons and artists. Rescheduling any opera production is a multi-faceted undertaking and involves, among other things, confirming the availability of the Tanger Center, contracted artists, orchestra, chorus and children's chorus. The opera company worked diligently to guarantee that principal artists, including Rhiannon Giddens, Thomas Cannon, Sidney Outlaw, Awadagin Pratt and others were available for new rehearsal and performance dates.

What if I want to keep my tickets?

Your tickets are automatically transferred to the new date. You do not need to do anything.

What if I would like to return my tickets for a refund?

• If you purchased through Ticketmaster: you should receive an email directly from Ticketmaster shortly with details of how to request a refund if desired.

• If you purchased in person at the Greensboro Coliseum: visit greensborocoliseum.com/events-tickets/refund for more information.

• If you purchased through the Tanger Account Manager or over the phone with Tanger Center: please email a refund request to Tanger Center Customer Care (CustomerCare@tangercenter.com).

What if I would like to donate my tickets to Greensboro Opera?

You will need to request a refund and then send a separate donation check to Greensboro Opera, 200 N. Davie Street, Box 17, Greensboro, NC 27401 with memo: Porgy ticket donation. We will send you a tax receipt for the gift. It is not possible to donate tickets directly to the opera company.

What if I want to change my tickets for the other performance day?

Request a refund for your existing tickets and then purchase new tickets for the other performance, subject to availability.

Is there a time limit on when I can request a refund?

No, there is not a specific window for you to request a refund. However, please choose to do this sooner rather than later so that those tickets may be resold. This is expected to be a sold-out event.

What if I have other questions about tickets?

What if I have other questions for Greensboro Opera?