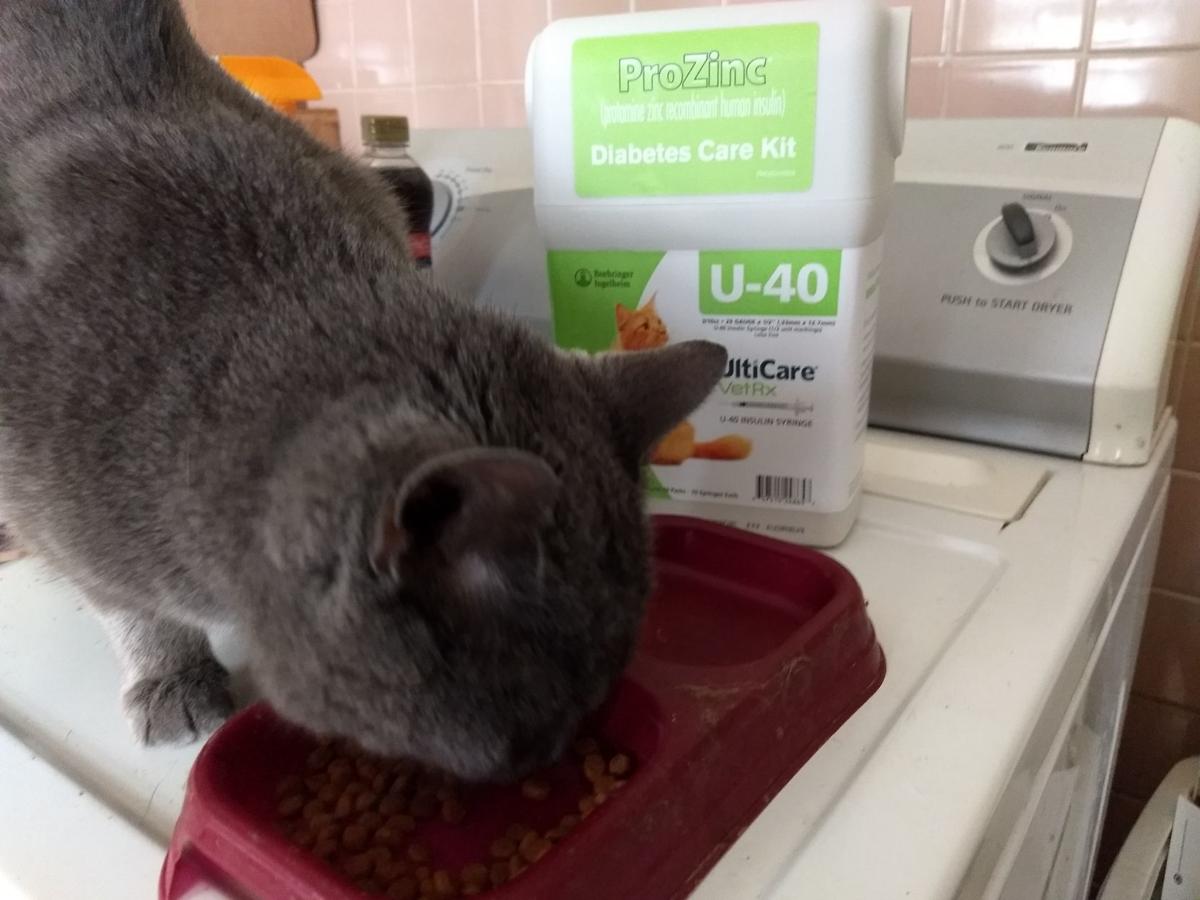 Church was diagnosed with diabetes and now gets two insulin shots a day to control his glucose levels. 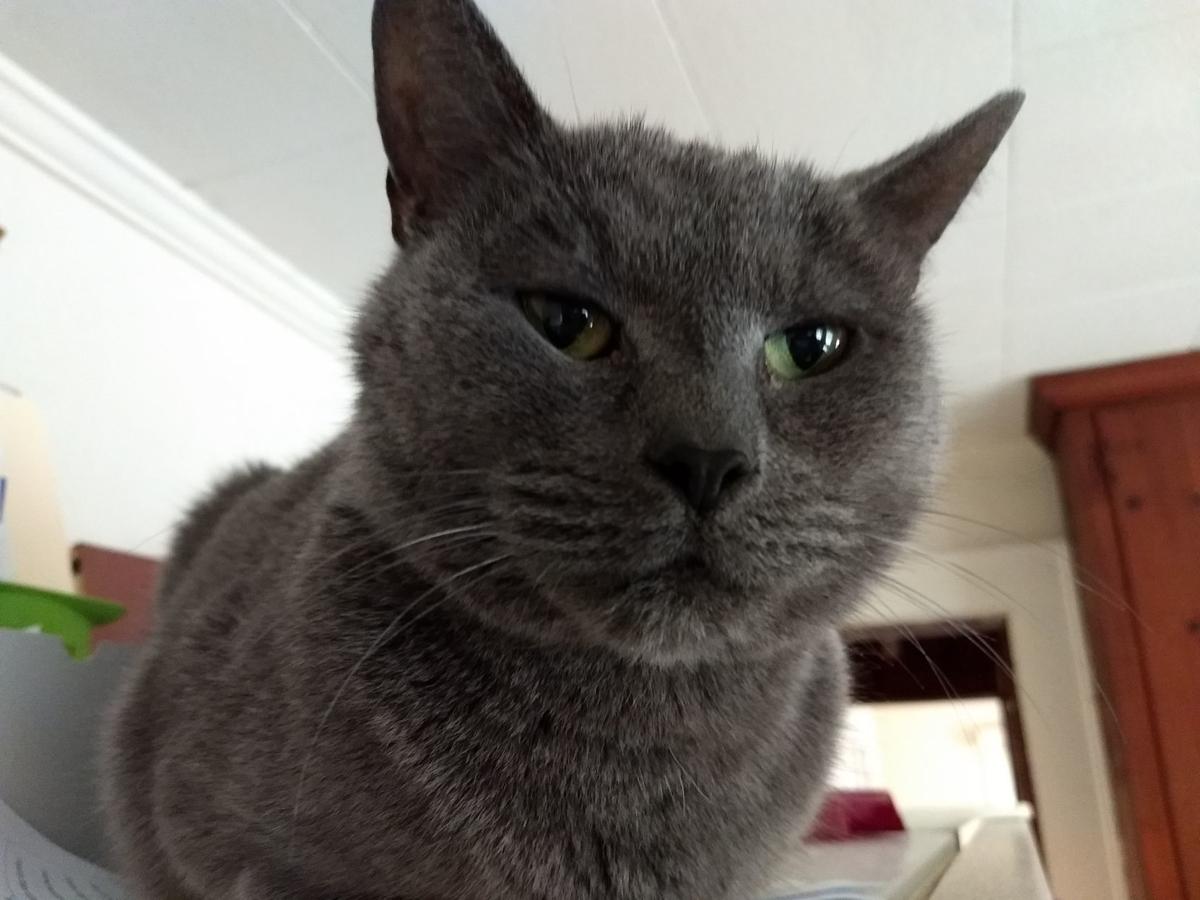 Church was losing weight, but after a diagnosis of diabetes and starting insulin injections, he already has gained back a pound. However, he definitely lets you know he hates shots.

Church was diagnosed with diabetes and now gets two insulin shots a day to control his glucose levels.

Church was losing weight, but after a diagnosis of diabetes and starting insulin injections, he already has gained back a pound. However, he definitely lets you know he hates shots.

Almost two years ago I found out my cat Blackjack had diabetes. I figured it was an age thing. He was 17 at the time.

But now another one of my cats was recently received a diagnosis of diabetes. Church is 10 and had been in great health until a couple of months ago. He had been losing weight so I took him to a veterinarian for a checkup.

I worried that it might be his kidneys. That seems to be the thing that becomes problematic when cats hit about 10 years old.

When the vet said Church was also diabetic I wondered if maybe it is something I’m feeding the cats. I have six cats in all. The youngest is a little over 1 year old. Blackjack is the oldest at nearly 20.

Church and Bones are in the middle. They’re both 10.

I rarely give them people food. Sometimes as a treat they’ll get some cooked chicken or fish. But for the most part, they get dry cat food and some canned wet food for a change now and then.

So are they just prone to diabetes or is it in their food?

Whatever the reason, I’ve got two cats that have to get insulin shots twice a day. If you have cats, you know they don’t like it when you poke them with sharp objects.

Blackjack has mostly gotten used to the shots. He comes running when I pull out the insulin bottle and needle. Maybe it makes him feel better. (More likely, it’s because he usually gets food or treats when he gets his shot.) But he still cries out sometimes and cringes, which never fails to make me feel like a terrible person for hurting him.

Church hates getting the shot. He tries to squirm away every time. And it’s really hard to see his skin under his thick, gray fur. Blackjack’s skin is easy to see through his black fur.

I hope that Church eventually gets used to the shots. He’s definitely doing better now that he is getting insulin. I just took him for a checkup to test his glucose levels. It takes awhile to figure out the right dose. While he moved up from 2 units twice a day to 3 units twice daily, he also gained about a pound.

Now that he is getting insulin and is on a special diabetic diet, hopefully his glucose numbers will normalize and he’ll get back to his normal weight.

Get information, stories and more at The Pet Shop blog at www.greensboro.com/blogs. Send events to people@greensboro.com.

Cat Adoption Events: 1-4 p.m. second and fourth Saturdays, Sheets Pet Clinic, 809 Chimney Rock Court, Greensboro. All cats are spayed/neutered, tested, current on vaccinations, treated for fleas and worms, microchipped. $100 for one cat, $150 for two adopted together to the same home. Every cat or kitten adopted from Sheets Pet Clinic receives half-price vaccinations for the rest of its life, if brought in for yearly wellness exams. Every cat receives one-month free pet insurance. petadoptions@sheetspetclinic.com or www.sheetspetclinic.com.

Watch now: Which masks best stop the spread of COVID-19? Duke researchers tested them to find out