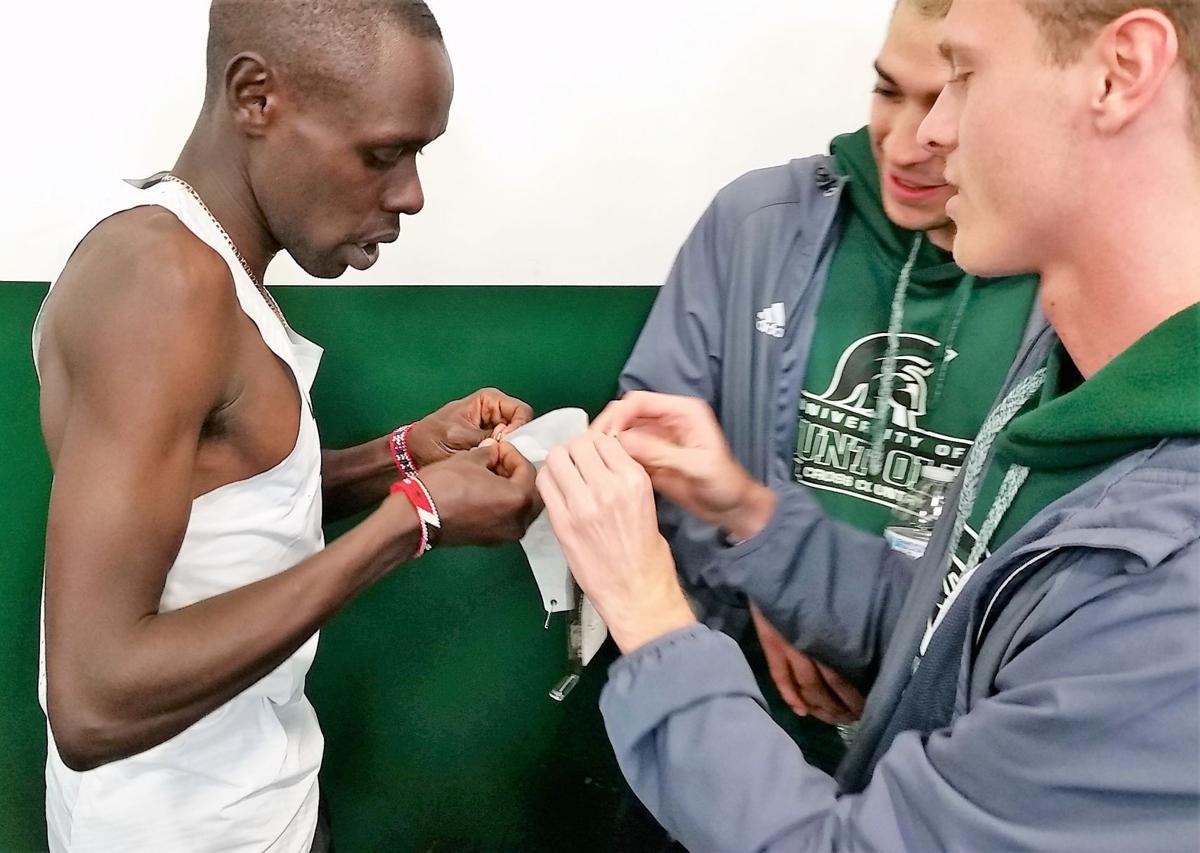 Paul Chelimo gives his bib from the Camel City Elite Races mile to a member of the University of Mount Olive track and field team. 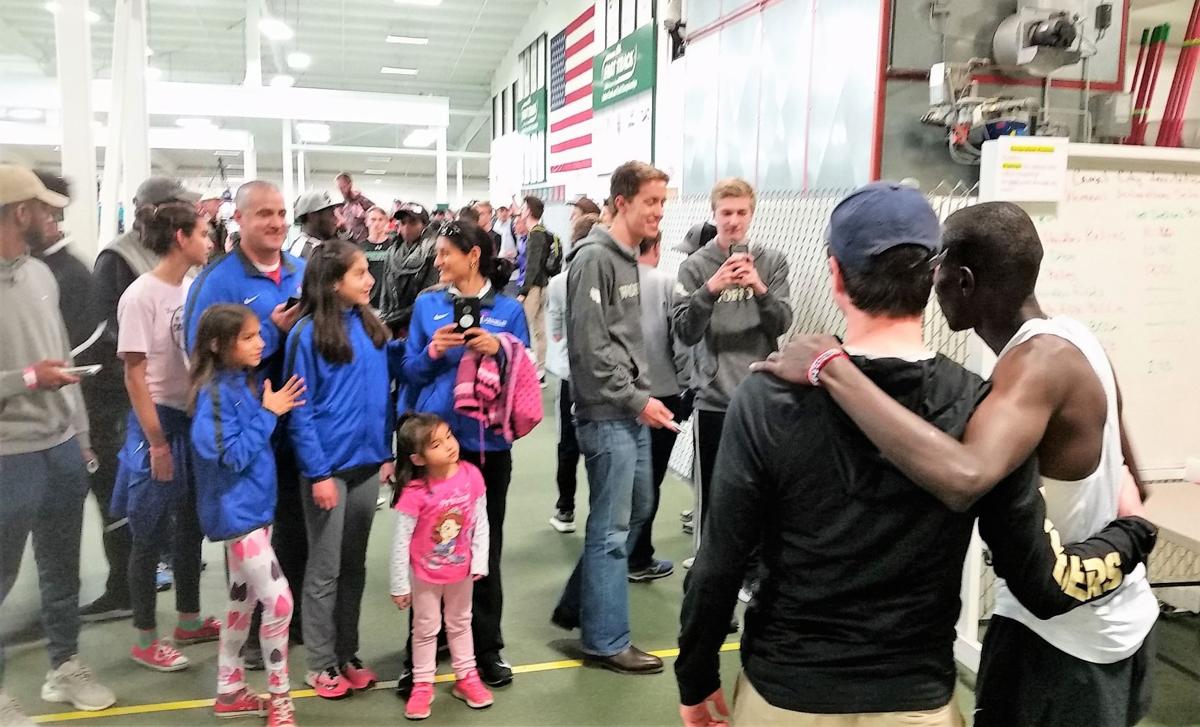 Paul Chelimo, the Olympic silver medalist at 5,000 meters, poses for photos with fans after the Camel City Elite Races mile. 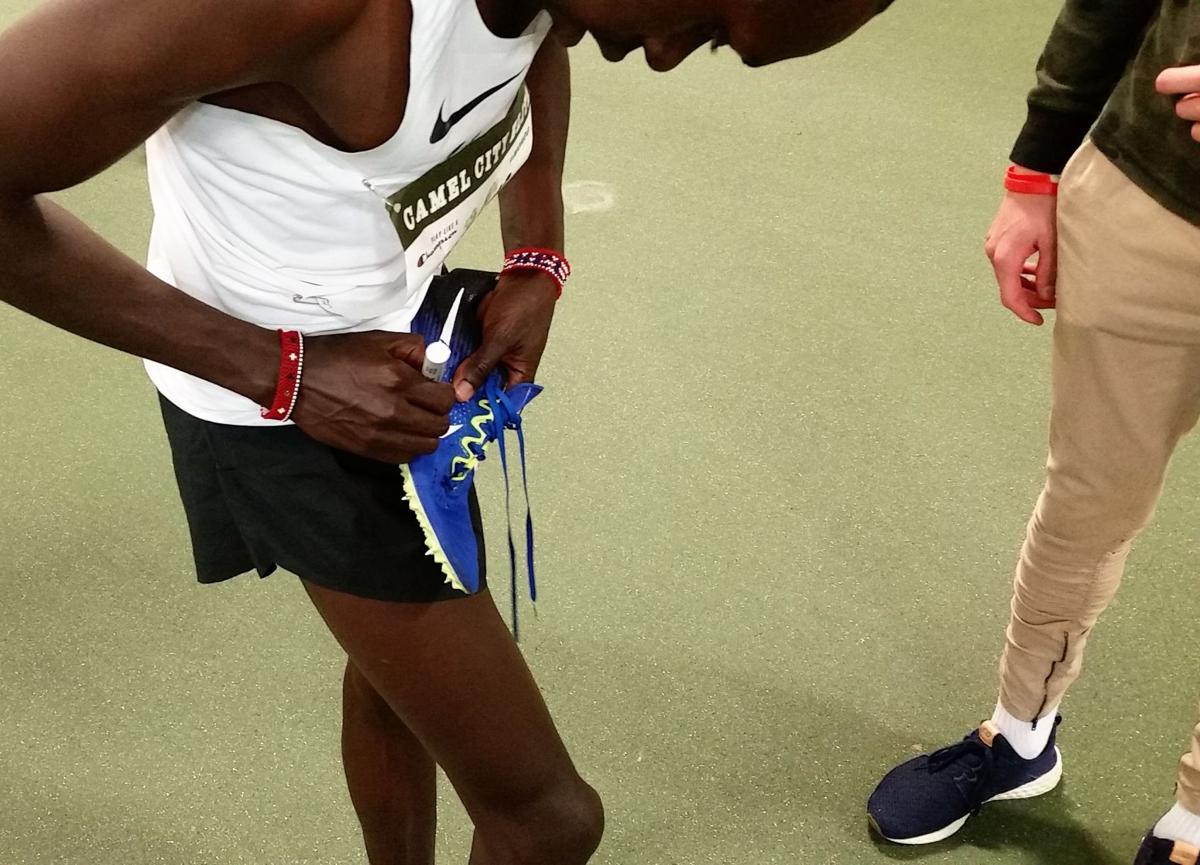 Paul Chelimo, after breaking four minutes in the mile for the first time, signs a spike belonging to a college runner competing at the Camel City Invitational at JDL Fast Track in Winston-Salem.

WINSTON-SALEM — Add UNC-Greensboro alumnus Paul Chelimo to the list of American runners to break four minutes in the mile.

And he did it close to his second home.

Chelimo, a 2016 Olympic silver medalist who earned multiple All-America honors for the Spartans, turned in a 3:58.59 at JDL Fast Track in his second race of the day, finishing second in the Camel City Elite Races mile behind 17-time NCAA champion Edward Cheserek and his facility record 3:53.85.

Pfafftown's Craig Engels, a Reagan High School graduate who runs with the Nike Oregon Project, finished fourth in the mile but cranked out a sub-four-minute mile for the second straight weekend, running a 3:58.81. Engels, who began his college career at N.C. State and finished at Mississippi, ran a 3:57.35 last Saturday at the Dr. Sander Invitational at the Armory in New York.

Three other men also broke four minutes, all for the first time, meaning 16 have achieved the feat at JDL Fast Track since the first men's mile in 2013. Brooks Beasts' Henry Wynne finished in 3:58.80 and took third, and Virginia Tech seniors Vincent Ciattei (3:59:57) and Patrick Joseph (3:59.59) snuck in under 4:00. The six runners under four minutes are the most in a Camel City mile race.

Chelimo was among three runners earning big paydays in a purse that offered more than $90,000. With prize money and bonuses, Chelimo earned $10,000 after competing in the 3,000 and the mile.

Among the other highlights of the Camel City Elite Races:

The Running Shorts Show, a podcast, makes its debut with a runner who was part of a memorable story at the 2016 Rio de Janeiro Olympics. She can't compete this weekend, but she's in Winston-Salem for JDL Fast Track's Camel City Elite Races.