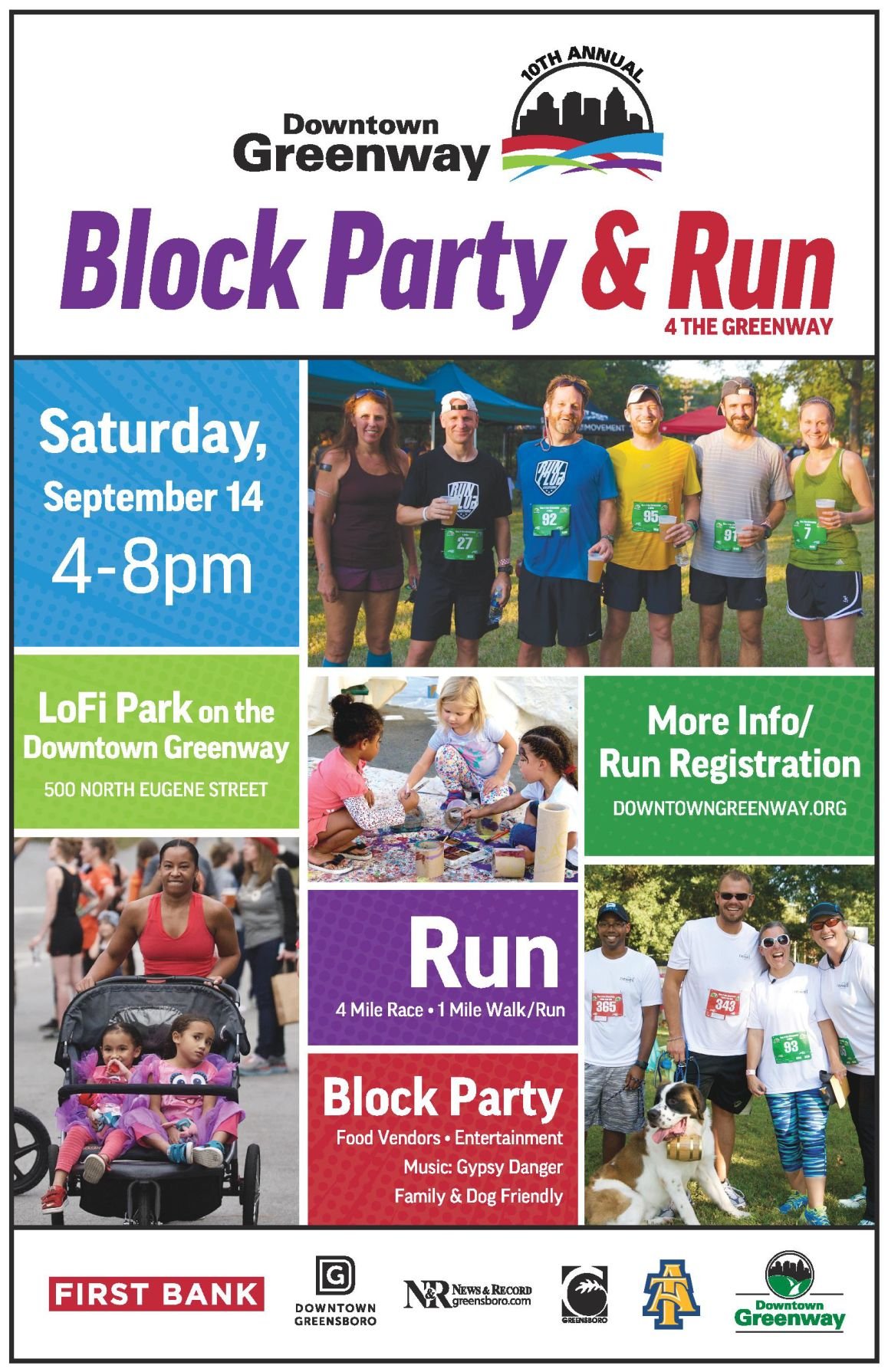 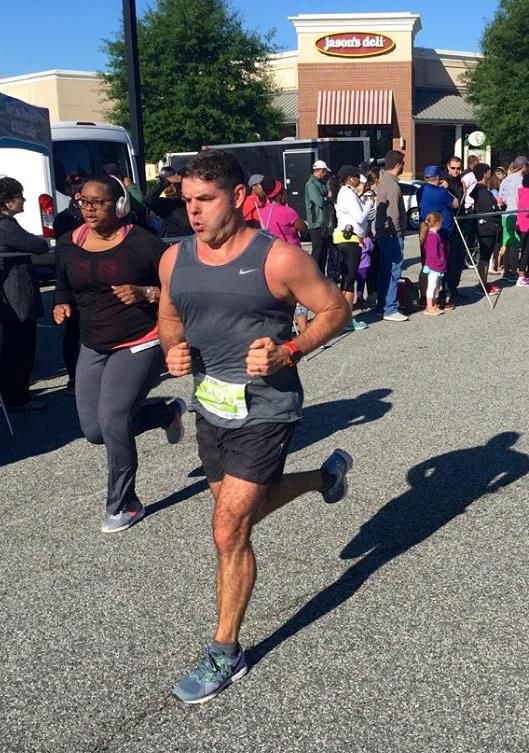 Greensboro's Matt Ketterman during the Race 13.1 Series half marathon in May 2016.

News and notes about upcoming running events in the area (click on the hyperlinks to get more information or to sign up):

The 10th annual Run 4 the Greenway on Sept. 14 will feature its usual 4-mile race, but a block party is giving the event some extra run this year.

LoFi Park, at 500 N. Eugene St. and on the Downtown Greenway, will be the location. Food will be available from Crafted Art of Street Food and the Kono Pizza truck, Preyer Brewing will serve beer, and the band Gipsy Danger will entertain during the 4-8 p.m. time period.

The race and a 1-mile fun run and dog jog will start and end at LoFi and will take runners along the completed northern section of the Downtown Greenway and through the Westerwood neighborhood. The fun run will start at 4:30, with the 4-mile race at 5 p.m.

Children's activities and vendors also are part of the lineup.

Greensboro's Pete Barusic, Walt Maxwell and Joe Matthews will run from sunup to sundown Saturday at their Summer Solstic Ultra Relay, and they invite you to join them for as much running as you'd like.

The relay, at the Doggett family farm, aka Doggettville, is a fundraiser for Team Challenge – Crohn’s and Colitis Foundation as they prepare to compete in the Ironman Chattanooga on Sept. 29.

Barusic, Maxwell and Matthews will start at 6:05 a.m., then they'll take turns running laps, joined by others, throughout the day. They'll start their last lap together in time to end the ultra at 8:40 p.m.

"People have been asking, 'Is it an ultra? Is it a relay? Do I have to come all day long?'" Barusic says in a video he posted on his Facebook page. "It's pretty much anything you want it to be."

Greensboro's Matt Ketterman, once the owner of a 23-year streak of running daily, will host his annual Matt's Run to Fight Hunger on July 6.

The run will start at 7:30 a.m. at Fleet Feet Sports, 3731 Lawndale Dr., Greensboro, and is a fundraiser for the Second Harvest Food Bank of Northwest North Carolina.

Each dollar donated will provide for 14 meals for a child in need. You can click here to make a donation toward Ketterman's goal of raising $4,000.

We would love for you to subscribe, not only to support the important work by News & Record journalists in our community but so that you can have unlimited access to the Running Shorts blog.