The Lang Lang International Music Foundation has honored Davis Cahill of Jefferson Elementary School as the first Keys of Inspiration Music Teacher of the Year.

Cahill has been teaching in the school’s Keys of Inspiration program for five years, and in that time has developed and led a two-week summer program that was developed through the Guilford County Summer Arts Institute; provided private after-school piano lessons for students (plus one adult guitar student); and established a safe, creative space in his classroom where he teaches community, empathy and critical thinking.

Cahill was honored at the Lang Lang & Friends Gala Concert Dinner on Sept. 21 in New York City. He received a $5,000 prize, a certificate and recognition on the LLIMF website. He will lead a workshop today, Sept. 23, for the LLIMF Young Scholars, “Servant-Leadership and Passing the Torch.”

N.C. A&T alumnus Daryl Riley Jr., Class of 2022, has been recognized as one of the top seven Student Visionaries in the 2022 Black Girl Ventures NextGen Program.

The seven Student Visionaries, chosen from a 25-member NextGen cohort, were invited to represent their historically Black college and university in the inaugural BGV x NBA’s NextGen pitch competition in Cleveland. Riley is one of only three men in the cohort.

Riley, who was one of three students to receive an M.S. in electrical engineering from the college of engineering in May, is the founder of Tendaji, a Swahili word meaning “make things happen.”

Tendaji’s fashion technology business originally started as a senior design project while Riley and his partners, Stanton Ridley and Jordan Walls, were in their final year at Hampton University. Despite COVID-19 prematurely ending their time at Hampton in 2020, Riley believed this could be more than an A in the class and have a societal impact.

The BGV NextGen Program was created for the next generation of students of color who attend HBCUs across the country. The experience is designed to provide access to capital, capacity and community for student visionaries between ages 18 and 24.

Riley has earned an IBM Masters Fellowship for Artificial Intelligence and was named TMCF’s “The Pitch 2021” Program MVP. He earned his B.S. in electrical engineering from Hampton University and holds Lean Six Sigma Green Belt certification.

LS3P, a multi-disciplinary firm offering architecture, interiors and planning services to a wide variety of clients nationwide, has announced a leadership change to its board of directors.

Chief Practice Officer Katherine Peele has been named board chairwoman. She succeeds Thompson E. Penney who retired from the board Sept. 7.

The Greensboro Convention & Visitors Bureau’s new marketing slogan is “You’re Welcome” as a nod to recent accomplishments. The organization states that “tourism expenditures in 2021 approached $1.3 billion and utilized a near 2,000,000 hotel room nights. These expenditures support city and county services that are essentially paid for by guests to the area.”

Guests pay a 6% “occupancy or pillow tax” when they stay in one of the 95 Guilford County hotels/motels. The CVB uses that travel and tourism revenue to promote the area as a destination. The $1.3 billion a year is money spent by guests in restaurants, shops, services, etc. while they are here; $53.5 million is generated in state sales tax and $43.3 million is generated in local taxes which amounts to a tax savings of $176.96 per resident.

Downtown Greensboro has announced that more than $105,481 was spent locally in the center city’s small businesses during its 14-week Summer Passport Program.

For 14 weeks DGI challenged the Triad to find a local spot in downtown Greensboro to dine at and shop in person. After spending $25 or more in a downtown business, participants uploaded a photo of their signed receipt to be entered into a weekly drawing for $500. Additionally, the represented business on the receipt received $500.

Curriculum Associates, an education technology company that provides classroom support to more than 12.5 million students and 800,000 teachers nationwide, has leased the third floor of 200 S. Elm St. in Greensboro. The 8,475-square-foot office is in the historic Meyer’s Building, which also houses the Greensboro Chamber of Commerce. The company is hiring for roles across the organization and for Greensboro-specific roles in engineering, events, marketing and research. Interested candidates can view open positions and apply at www.cainc.com/workforus.

Established in 1993, the Distinguished Service Award is the highest honor bestowed on a bar member and recognizes a deep devotion and commitment to the practice of law.

The Downtown Greenway was honored with the “Great Place for Public Art” award by the North Carolina Chapter of the American Planning Association. The award, which recognizes places that showcase their community’s creative side, was presented at the APA-NC Conference in Winston-Salem, held Sept. 13-16.

The Greensboro Planning Department and Action Greensboro submitted the nomination.

The N.C. Division of Water Resources has honored 66 water treatment plants for surpassing federal and state drinking water standards in 2021. The division’s Public Water Supply Section awarded the facilities the N.C. Area Wide Optimization Award, which is part of a state effort to enhance the performance of existing surface water treatment facilities.

For 2021, the state recognized 16 facilities with the “Gold Star” honor, which is an award for systems that have received the N.C. Area Wide Optimization Award for 10 or more consecutive years. Local recognition went to the city of Eden — Robert A. Harris Water Treatment Plant.

Awards are given each year to water systems that demonstrate outstanding turbidity removal, a key test of drinking water quality. Turbidity is a measure of the cloudiness or haziness of water caused by individual particles that can interfere with disinfection and provide a medium for microbial growth. Microbes are microscopic particles that occur naturally but can include harmful bacteria and viruses.

U.S. Secretary of Commerce Gina Raimondo announced that the department’s Economic Development Administration is awarding $3.1 million in grants to support business development and job growth in North Carolina communities impacted by the declining use of coal.

Gateway Research Park in Greensboro will receive a $2.1 million grant to expand a manufacturing facility in support of the growth of minority-owned businesses. The EDA investment will be matched with $750,000 in local funds and is expected to create 33 jobs, retain 25 jobs and generate $3.1 million in private investment, according to grantee estimates.

S.G. Atkins Community Development Corporation in Winston-Salem will receive a $1 million grant for expansion of the Enterprise Center, to support the development of additional food-based businesses. The EDA investment will be matched with $300,000 in local funds and is expected to create 50 jobs, retain 15 jobs and generate $680,000 in private investment, according to grantee estimates.

These projects were made possible by the regional planning efforts led by the Piedmont Triad Regional Council.

Should you be worried about your money? Wall Street just saw its worst week in two years

The stock market closed out a miserable September with a loss of 9.3%, the worst monthly decline since March 2020. With inflation unrelenting, is recession inevitable? Find out the latest, and get tips to protect yourself.

All three of the major US carriers have announced deals that allow qualifying customers to get the latest Apple smartphone for free, under certain conditions.

How much more money do you need this year to cover expenses? | PennyWise podcast

Find out how much more per month on average we're spending due to inflation on the latest episode of the PennyWise podcast.

The cost of a car or truck is more than just the price you pay driving it off the lot.

One piece of data is missing before Social Security retirees can find out how much their benefits will increase in 2023.

Home prices might drop but won’t crash: What buyers should know

Whether you long to buy your first home or you own one and have considered selling, here's what falling prices could mean for you.

I Can't Wait to Retire, But I Won't Take These 3 Risks to Get There

For me, a comfortable retirement is more important than a long one.

What student loan forgiveness means for you

What student loan forgiveness means for you 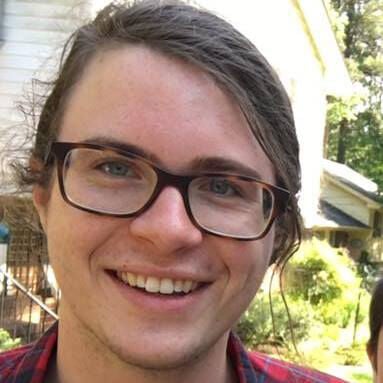 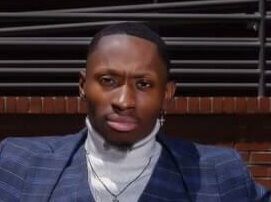 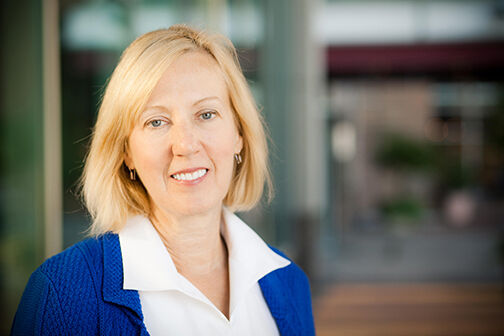 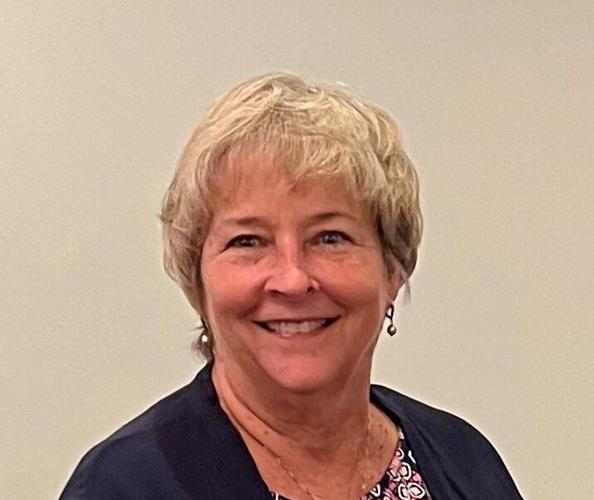 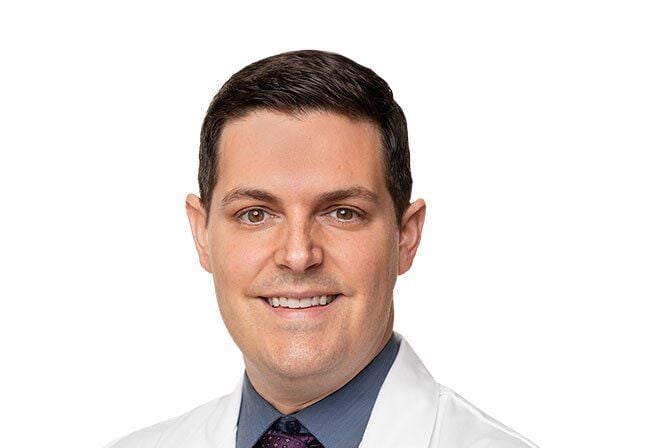 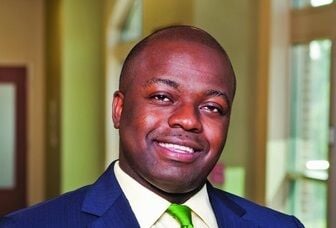 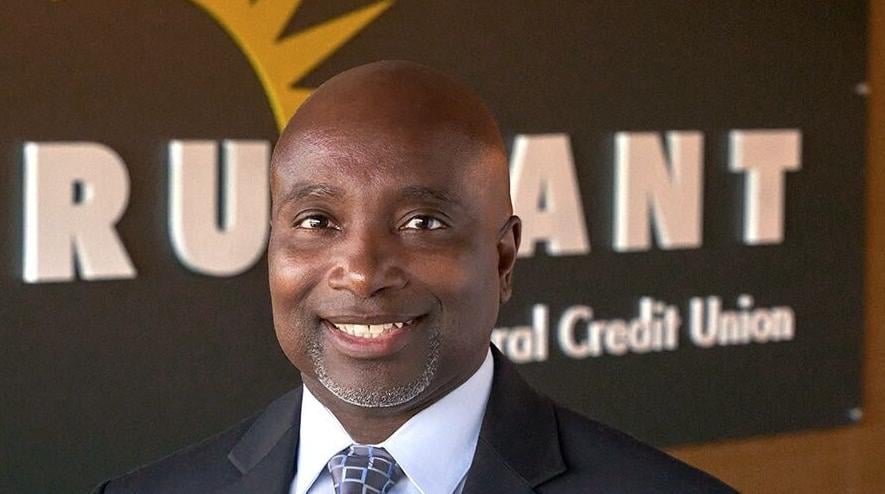