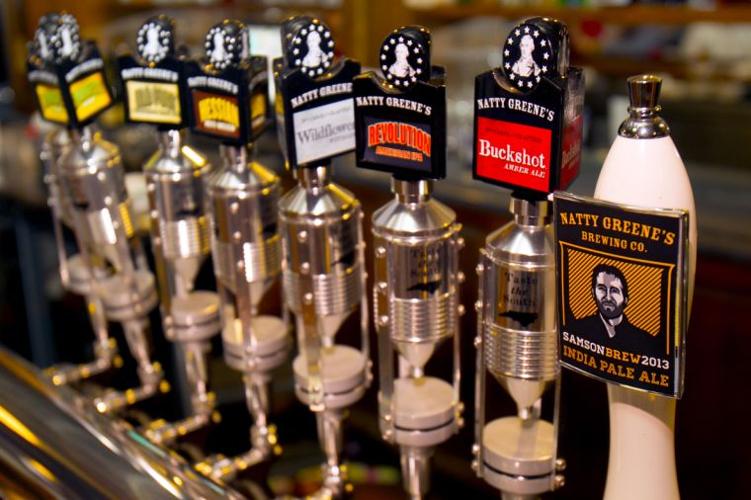 A selection of beers on tap at Natty Greene's in Greensboro. 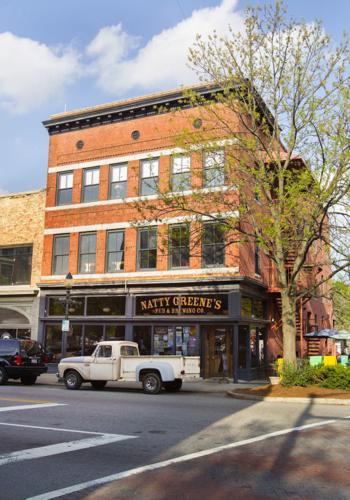 GREENSBORO — Kayne Fisher and Chris Lester set out to make the city proud.

When the two partners opened their pub on South Elm Street, they wanted its name to reflect the community.

Nathanael Greene, the Revolutionary War general for whom Greensboro is named, didn’t roll off the tongue, Fisher said. But Natty Greene’s did.

Anheuser-Busch, based in St. Louis, opposed Natty Greene’s application to trademark “Natty Greene,” saying it has been using the Natty name in connection with its line of beers since at least 1998.

Natty Greene’s has until July 28 to file an answer to the opposition. David Sar of Brooks, Pierce, McLendon, Humphrey & Leonard is handling the case for Natty Greene’s.

In its opposition filed with the U.S. Patent and Trademark Office, Anheuser-Busch said that it is the “leading brewer and marketer of beer in the United States” and that it has trademarks for “Natty Light” and “Fatty Natty” — otherwise known as Natural Light beer — as well as its Natty Daddy brand.

According to the company, approving Natty Greene’s trademark would cause confusion and likely cause the “dilution of the distinctive quality” of Anheuser-Busch’s trademark.

Fisher said those charges are unfounded.

“I don’t understand it, but we will act appropriately at the given time,” he said.

Natty Greene’s filed its trademark application last August, a move Fisher said was necessitated by the expansion of the craft beer revolution and Natty’s subsequent growth.

Fisher said the local brewery has morphed into a brand that Greensboro calls its own — and one that needed protecting with a trademark.

Fisher and Lester met while at UNCG. Fisher said they initially planned to brew some handcrafted ales of which the community could be proud and that they could distribute in their draft houses.

But he said their business took off with the opening of NewBridge Bank Park in 2005. The business partners added a production brewery in 2006 — which it has since expanded — and opened a second brewery and restaurant in Raleigh in 2010. That same year, Fisher said the craft beer revolution “exploded” in North Carolina and he felt the time was right to take Natty’s regional.

The brewery started shipping beer to South Carolina and Virginia late last year, and Fisher said he figured he and Lester should start to trademark some products.

Fisher said he doesn’t think anyone would confuse Natty Greene’s products for any of Anheuser-Busch’s. He said his company is a “small American brewery,” one about which he is both proud and passionate.

Natty Greene's fight with Anheuser-Busch a strange brew of success

GREENSBORO — Natty Greene’s has grown up.

A selection of beers on tap at Natty Greene's in Greensboro.