Developer Marty Kotis’ concept for the Bardolph building is a mixture of retail, restaurants and offices.

Developer Marty Kotis has grand plans for his newest project, across Washington Street from the depots in downtown Greensboro.

The lollipop artwork would be on a three-story building that was formerly a candy factory.

The view from where Church and Washington streets converge across the historic depot in Greensboro. 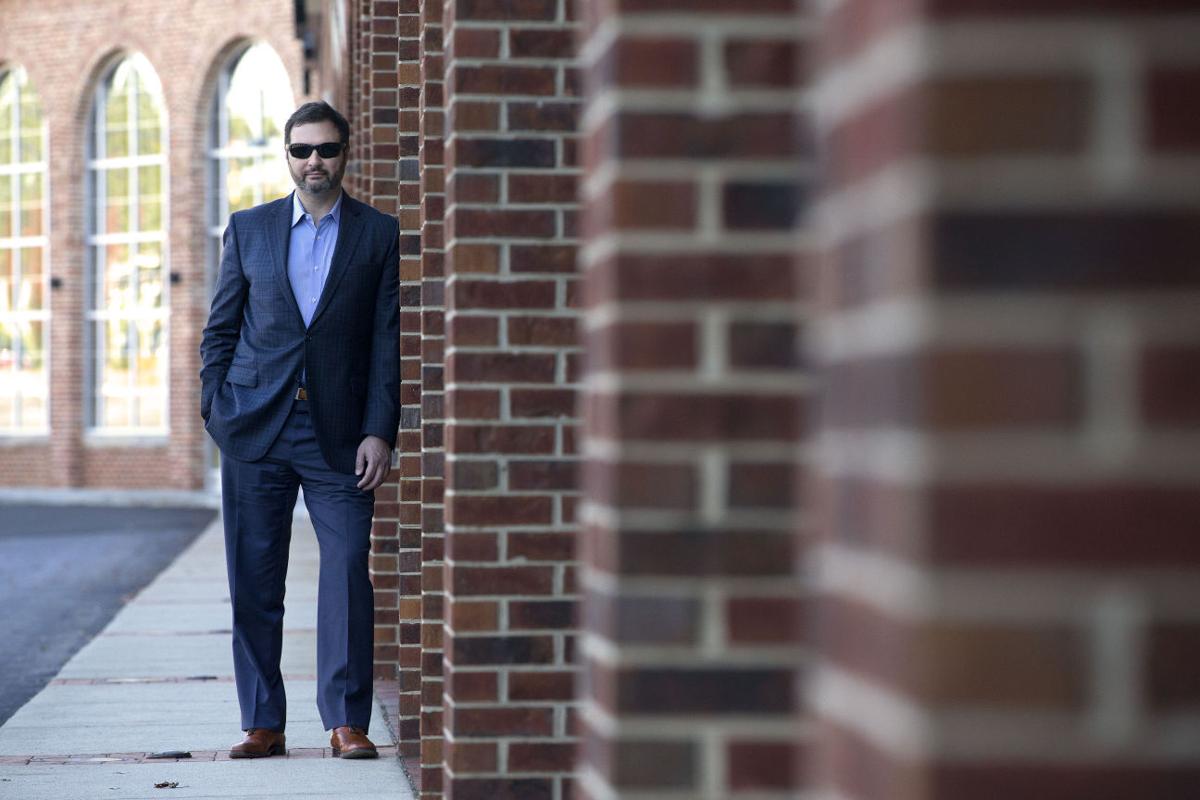 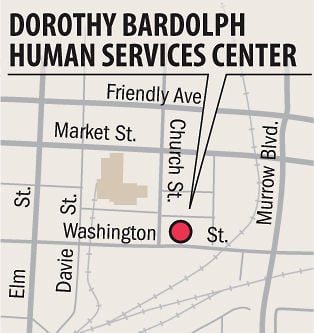 GREENSBORO — Marty Kotis has a habit of changing little things for a big impact.

As he works on turning acres of unused land near West Gate City Boulevard and South Eugene Street into an entertainment district, Kotis also has started to focus on developing another unattractive corner of downtown he believes could knit center city Greensboro back together.

Kotis said he wants to transform the Dorothy Bardolph Human Services Center building at 301 S. Church St. into another gateway to the Gate City.

Kotis bought this three-story Bardolph building from the city in 2016, and he is talking about big plans to lure travelers, commuters and passers-by to a new businesses.

He plans eye-catching graphics and park-like plantings on this dowdy structure that he said he hopes someday will attract travelers and commuters from the train and bus depot across the street and pedestrians from South Elm Street, two blocks away.

He envisions drawing students from Bennett College to the east and anyone who might need food and retail services.

He has hired artists to paint a three-story image of a lollipop on the brick section of the building that was once a Greensboro candy factory, and Kotis said he aims to make that icon visible uphill to the crowds that pace Elm Street day and night.

He wants to take the building’s signs back a century, to when industrial structures were identified with painted signs running along roof lines, and to call his new place Gate City Candy Factory. An adjoining one-story building will be called Gate City Station, with a patio facing the depot.

Kotis said he would block off the driveway that now is in front of the building, plant more trees and create a wide patio area. The building’s older section can house at least four retail shops with offices above.

From the third floor, you can see the heart of downtown from three directions.

“What we’ve got to do is create flow,” said Kotis as he stood at the front of the building, the depot to his left, the industrial block that includes the News & Record across Church Street.

He also said he wants to attract retail, office and restaurant tenants to the building.

Private organizations currently lease space in the building and they are gradually moving as their leases expire.

He plans to install expensive “telepresence” equipment in one part of the building, a system that allows businesses to hold virtual conferences with other executives across the state or world.

That’s something only a few larger cities offer, he said, and he would offer the service to businesses for rent, businesses that can’t afford their own systems, which can cost as much as $300,000.

Kotis, who owns shopping centers and restaurants around the city, also is developing the Midtown district around Red Cinemas on Battleground Avenue.

He said he travels the world from Tokyo to Berlin to South Africa to get ideas from cities whose development trends are 15 years ahead of Greensboro’s.

“We need to signal to people in the city there’s going to be a change,” he said. “We’ve got to let people know there’s something different.”

Standing in front of the depot, Kotis looked north at the uninspiring landscape.

“It’s important for people,” he said, “to stand here and say, ‘What does this tell me about Greensboro?’ ”

Editor's note: A previous version of this story gave an incorrect address for the Bardolph Building. It's located at 301 S. Church St.

Developer Marty Kotis’ concept for the Bardolph building is a mixture of retail, restaurants and offices.

Developer Marty Kotis has grand plans for his newest project, across Washington Street from the depots in downtown Greensboro.

The lollipop artwork would be on a three-story building that was formerly a candy factory.

The view from where Church and Washington streets converge across the historic depot in Greensboro. 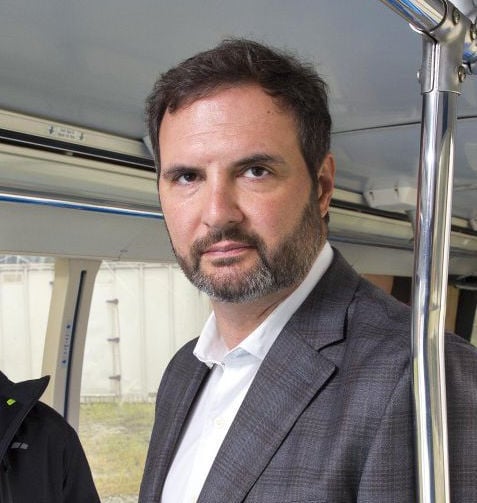