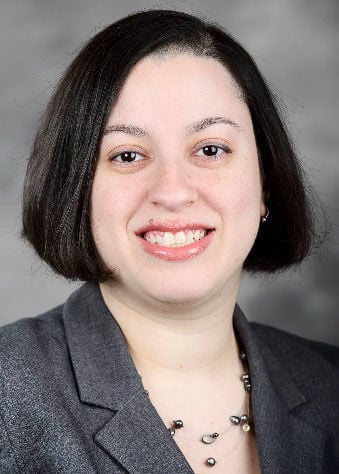 Arielle Kuperberg, a UNCG professor in sociology and women’s, gender and sexuality studies, received a $360,228 grant from the National Science Foundation to study the impact of student loan debt on college graduates over time.

She will be working in collaboration with Joan Mazelis, a sociology professor at Rutgers University – Camden.

The Leapfrog Hospital Safety Grade is a national distinction recognizing hospitals for providing safer health care. The Leapfrog Group is an independent national watchdog organization committed to health care quality and safety. The Safety Grade is a letter grade assigned to all general hospitals across the country and updated every six months, assessing how well the hospital prevents medical errors and other harms to patients.

The Cone Health hospitals earning A grades this spring, also earned A grades last fall. The Leapfrog Group does not grade specialty hospitals such as Cone Health Behavioral Health Hospital.

Eight Brooks Pierce practice areas and 18 of the firm’s attorneys, including 15 in the Greensboro office, were ranked among the best in North Carolina in the 2020 edition of Chambers USA: America’s Leading Lawyers for Business. The listing of the leading lawyers and law firms in the country is published annually by Chambers and Partners.

JG Auto Sales at 804 W. Martin Luther King Jr. Drive has signed on as a U-Haul neighborhood dealer to serve the High Point community. Eduardo Garcia is the business owner.

Go-Forth Pest Control recently acquired the three-person team from Process Pictures, a film production company based in Winston-Salem. The pest control company needed modern video content for both internal and external marketing and Process Pictures was struggling to produce on-site corporate videos during the pandemic.

The 61-year-old, family-owned pest control company relocated to a new 24,000-square-foot location on Piedmont Parkway in January of this year.

Ed Hardin: A tournament like no other we've ever not seen