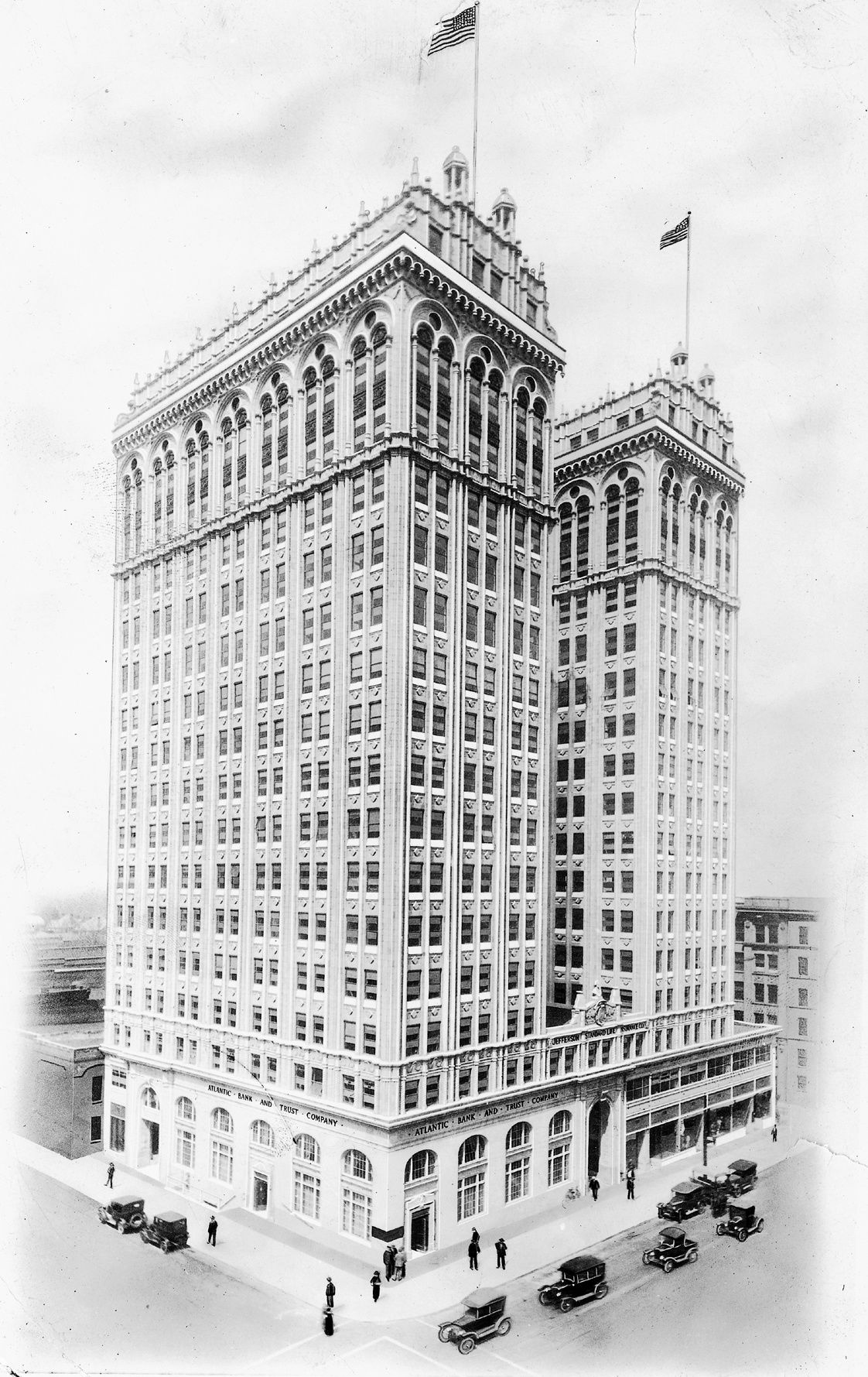 The Jefferson Standard building in downtown Greensboro in the 1920's. 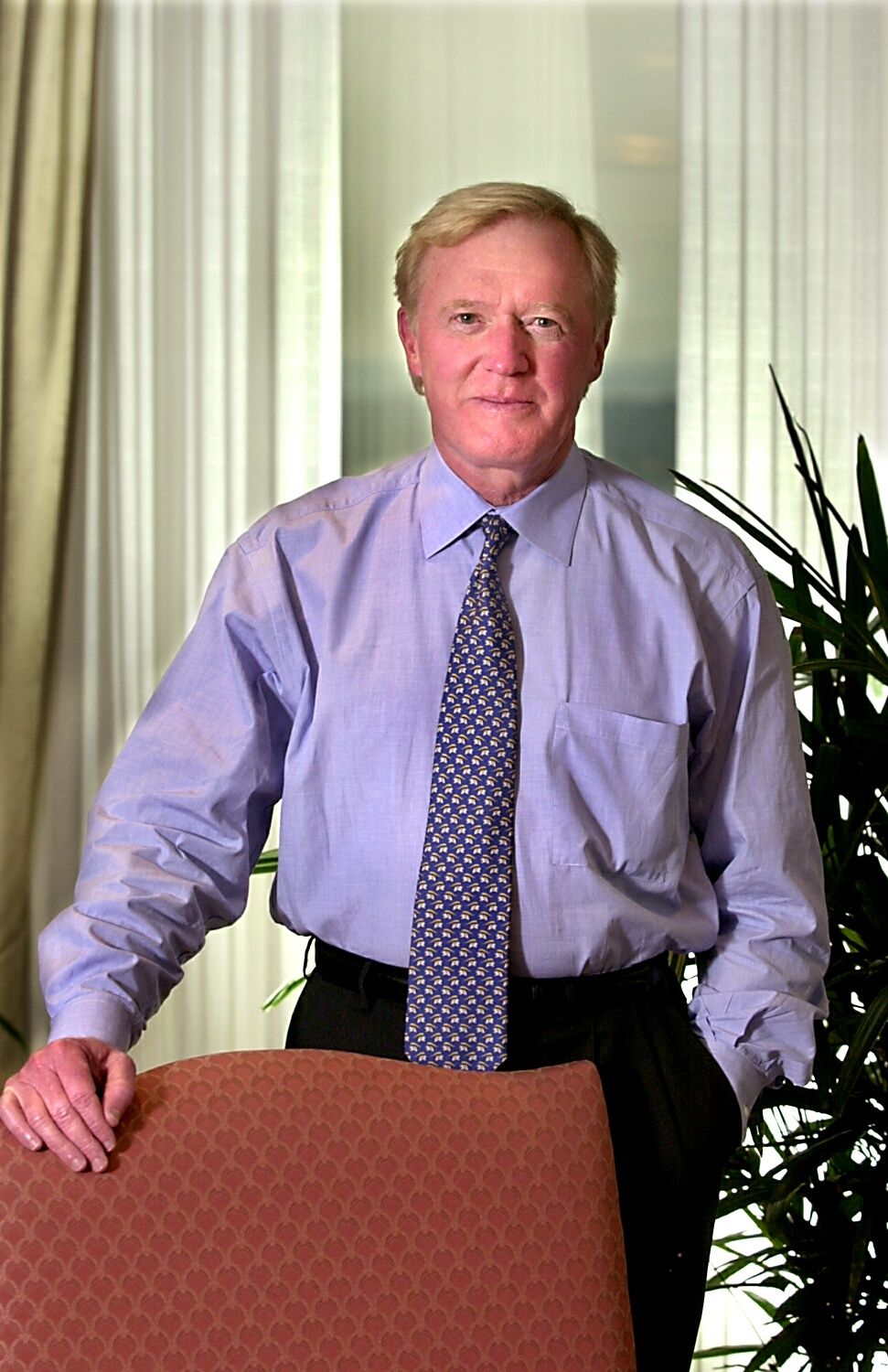 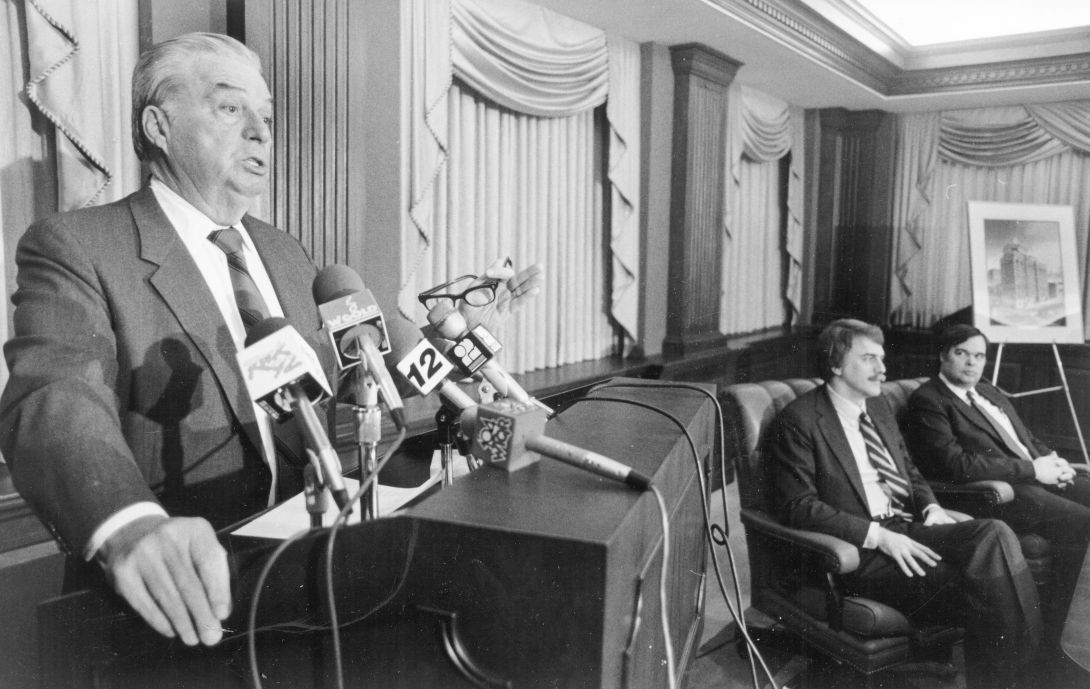 Aug. 7, 1907: Jefferson Standard opens an office in Raleigh and is proclaimed by the Raleigh News & Observer as the biggest corporation ever formed in the state. Stock worth $500,000 is sold.

1907: The first policy for $5,000 is sold to Joseph G. Brown. Brown is elected the first president of the company.

1919: Julian Price, a former railroad telegrapher who had worked at Greensboro Life since its inception, and who was then a company vice president, becomes president.

October 1923: A 17-story building at Market and Elm streets is completed.

1945: Gate City Insurance Co. merges with Pilot Life. The combined firms establish one of the largest insurance companies in the South, with the headquarters in the Sedgefield offices of Pilot. Jefferson Standard purchases controlling interest in Pilot Life.

1946: Julian Price dies in an automobile accident. Under his guidance, Jefferson Standard’s assets grew from $10 million to $180 million, and insurance in force moved from $81 million to $672 million.

1950: Howard “Chick” Holderness becomes president of Jefferson Standard. He had worked for the company from 1925 until 1945.

1967: Holderness retires and is succeeded by Roger Soles. Soles joined the company in 1947 after graduating from UNC-Chapel Hill.

August 1982: Jefferson Standard celebrates its 75th anniversary with $6.7 billion of insurance in force.

August 1990: The new building is dedicated.

1992: Dissident shareholders, led by Louise Price Parsons, wage a proxy fight. Soles and his board of directors win.

February 1993: David A. Stonecipher becomes Soles’ successor. He is the first chief executive in the company’s 85-year history who has not previously worked for the company.

May 2003: JP Sports of Charlotte, a wholly owned subsidiary of Jefferson-Pilot Financial, and Charlotte-based Raycom announce a partnership in the syndicated football TV business through the 2010 season and that they’ve renegotiated their existing basketball contract through the 2010-11 season to reflect the ACC’s expansion.

Dec 2003: Dennis R. Glass is named the company’s new chief executive officer, replacing the retiring David A. Stonecipher, 62, who will continue as chairman of Jefferson-Pilot’s board.

Get your head in the Christmas shopping game early

Get your head in the Christmas shopping game early

Here are the improvements that have been made so far. Also, check out more of the week's best money tips from experts.

Thirteen of them do, but not all seniors have to pay.

More than 10,000 Deere & Co. workers went on strike Thursday, the first major walkout at the agricultural machinery giant in more than three decades.

Despite pulling millions out of poverty, Social Security's shortcomings threaten those it's designed to protect.

Can You Retire a Millionaire Using Only a 401(k)?

The quick answer? Yes. But you'll need to make some smart moves with your savings plan to reach that goal.

Buff City refers to the store as an artisan "makery," as each product is handmade daily in the shop, according to a news release.

How to get the best Amazon Black Friday 2021 deals

If you thought seeing holiday merchandise around Halloween was early, Amazon is now taking the holiday shopping season to a whole new — and earliest-ever — level.

Want to get more out of Social Security? Here's how to make that happen.

The Jefferson Standard building in downtown Greensboro in the 1920's.