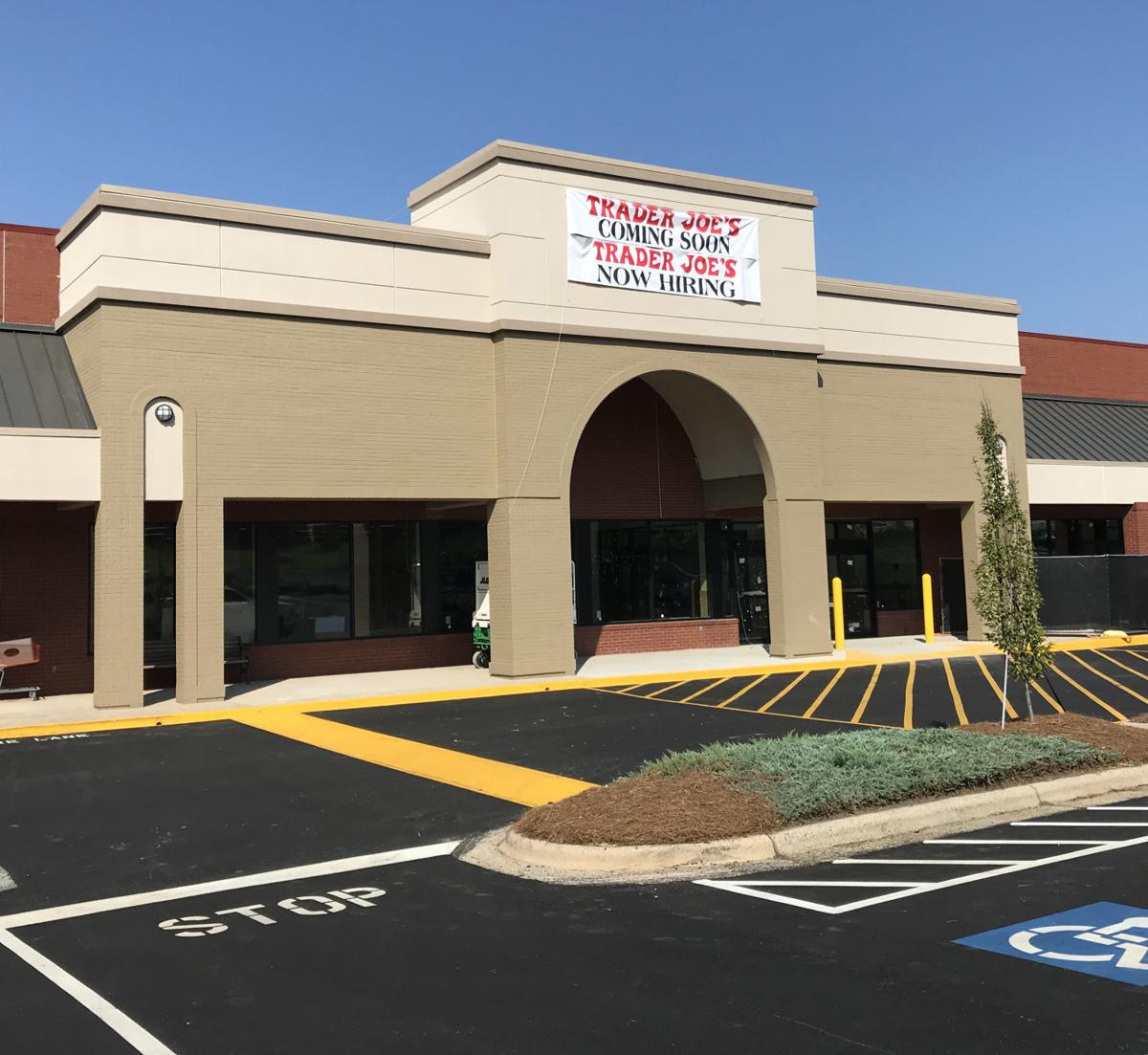 Trader Joe's hung a banner on a space at Brassfield Shopping Center in Greensboro. Sept. 12, 2019. 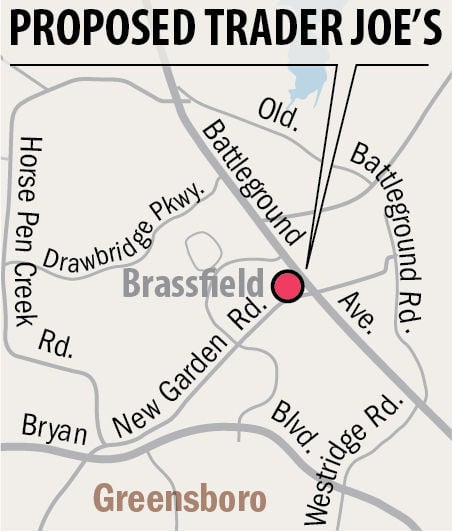 Trader Joe's hung a banner on a space at Brassfield Shopping Center in Greensboro. Sept. 12, 2019.

GREENSBORO — The teasing is over. Trader Joe’s is finally coming to Greensboro.

The company is opening a store at Brassfield Shopping Center at 3729 Battleground Ave.

A request to the California-based company confirming the opening has not been returned, but a ‘Trader Joe’s Coming Soon, Now Hiring’ banner went up on the old Phar-Mor space between Gold's Gym and Stein Mart in the shopping center.

Just across the parking lot, Trader Joe’s set up a hiring headquarters in an old Blockbuster video store. Crew members were inside assisting a steady stream of applicants.

The Brassfield hiring center is accepting applications 9 a.m. to noon and 2 to 7 p.m. daily through Sept. 17.

Trader Joe’s hinted at a Greensboro store in 2014 when it was rumored the grocer expressed interest in opening a store in a proposed retail development on Hobbs Road at West Friendly Avenue near Friendly Center. Trader Joe's interest in the site allegedly waned after residents near the property protested the proposed development. (Information has been corrected to fix an error. See correction at end of story. 2 p.m. Sept. 16, 2019)

City Council members continued to try to woo the company, but in 2017, Trader Joe's told the city that it wasn't interested at that time in a Greensboro location.

“Greensboro is not currently on our list, but we will consider further opportunities like Greensboro during our future reviews,” a company vice president wrote in a letter to the city.

In May, the Triad Business Journal reported that the company had its sights on Brassfield Shopping Center.

Meanwhile, Florida-based grocery chain Publix appears to be getting closer to opening its first Greensboro store at 6029 W. Gate City Blvd. at Grandover Village at Guilford College Road. The parking lot has been paved and landscaping is in place at the 49,098-square-foot store. The store held a hiring event this past weekend.

An opening date has not been confirmed.

Publix has stores in Winston-Salem and High Point. It also is building a distribution center just off U.S. 70 east of Greensboro.

Grocery chain Lidl is not far behind. In May, the German-based grocer confirmed it was building its first Greensboro store at West Gate City Boulevard and Mackay Road next to Adams Farm Shopping Center.

The site is not far from the Publix location, and construction has already begun. An opening date has not been confirmed.

Lidl currently has regional stores in Winston-Salem, Thomasville and Lexington. The company has a distribution center in Alamance County.

Correction: Trader Joe's never confirmed its intentions to open a store in a controversial proposed retail development. Information was wrong when the story first published at 3:30 p.m. Sept. 13, 2019.

They heard a lot.

Pink in the Park to honor those affected by breast cancer

The 13th Annual Pink in the Park will be held on Sept. 26 at LeBauer Park in downtown Greensboro, to honor and remember those affected by breast cancer.

The Triad Business Journal reported Friday that the California company plans to open a store at Brassfield Shopping Center on Battleground Avenue.

New Sheetz in Randleman to offer free coffee and soda for customers, donations to nonprofits; prizes include $1,000 gift card

RANDLEMAN — Sheetz will hold a grand opening of its new store at 2 Parrish Drive on Thursday with a donation of $7,500 to local nonprofits and…

The James Beard Foundation is changing its regional categories for the 2020 awards and is inviting public questions on Wednesday.

Resurfacing of Hobbs Road will last until end of July, city says