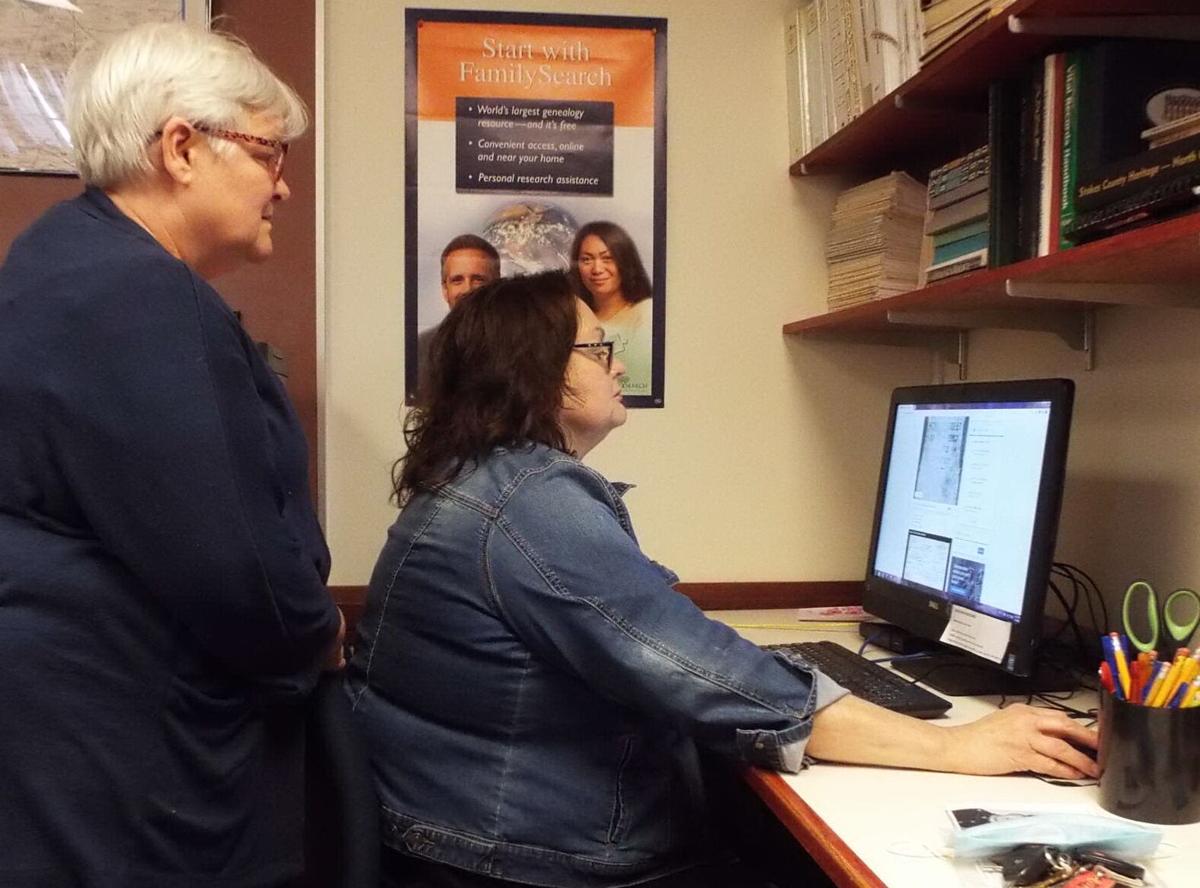 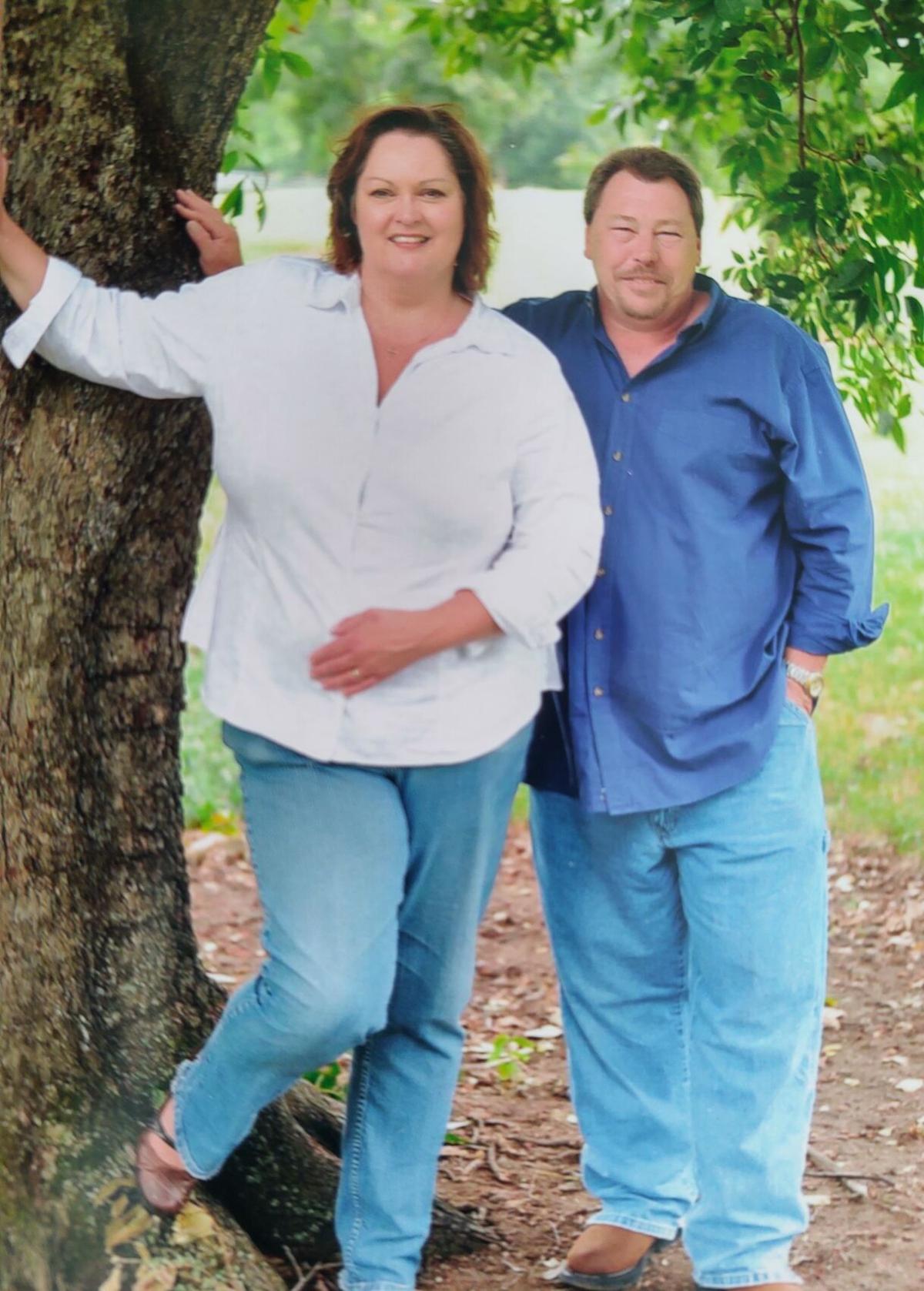 Patricia Lynn Walker Belton and her husband, Mark, were married in Greensboro in May 1982. Patricia has researched her ancestry and has begun digging into Mark’s family tree, as well.

Ruth Blank (left) is shown with her granddaughter Heidi Wood, who was given up for adoption at birth but found her biological family in 1997. 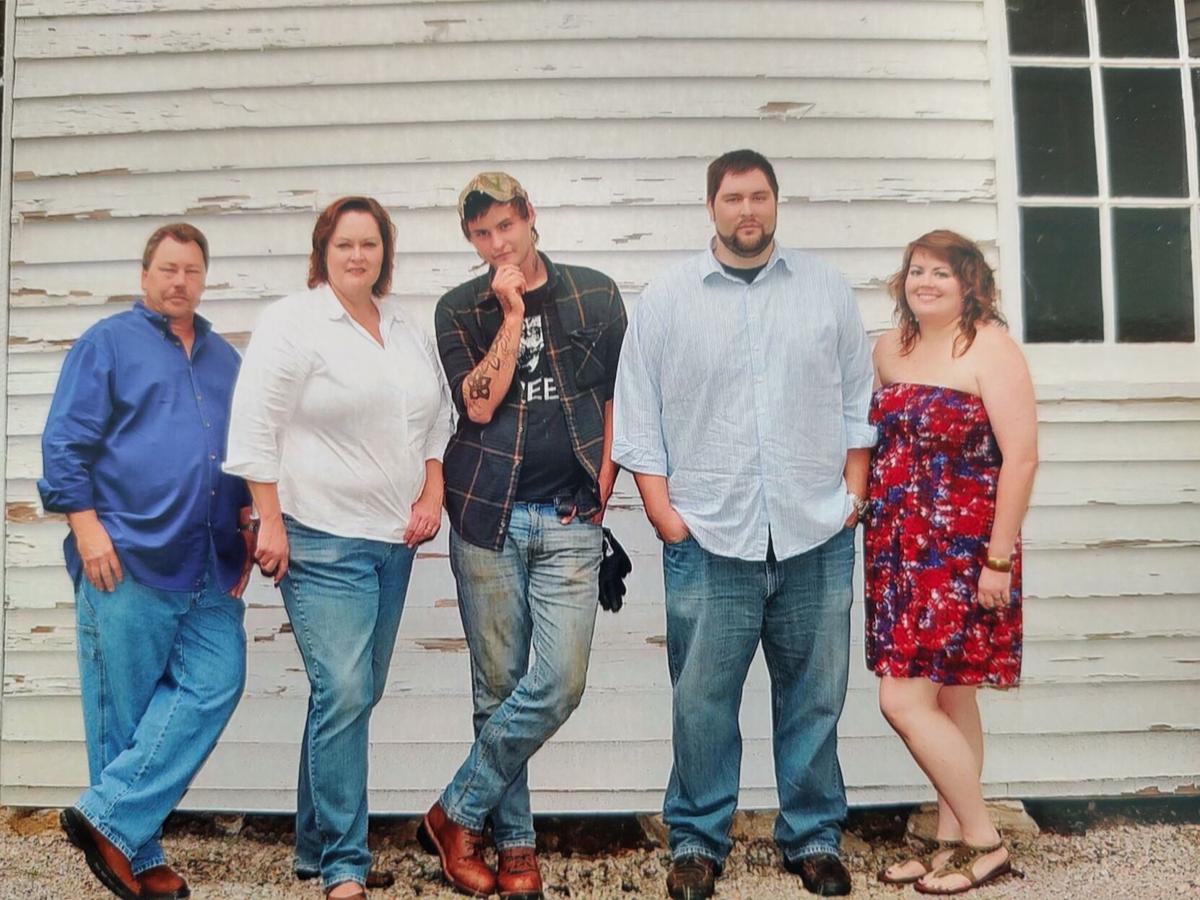 EDEN — Patricia Lynn Walker Belton has waited months to get back to the Family History Center. She even volunteered to become a consultant.

Now, when the center at The Church of Jesus Christ of Latter-day Saints reopens in the near future, Belton will research her family history and help others find their ancestors.

“We are looking forward to the day when we can reopen our Family History Center,” said director Dustan Martin. “This vital work strengthens those who participate in it and their families. Finding our ancestors and especially finding out about our ancestors strengthens us as individuals, as families and enriches our cultural heritage.”

Belton said when the pandemic began early last year, she felt as if “a slice of joy was taken from my life.”

Over the past three years, Belton was a frequent patron at the center. She seldom missed a Tuesday afternoon, spending time doing her research and getting to know the counselors and other patrons.

She recently asked a counselor when the center might reopen and volunteered to work one day a week if that would expedite the reopening.

Plans are being worked out to ensure safety is priority, Martin said, noting he hopes to announce the date of the re-opening soon.

For a number of months, those working on their ancestries have been able to park at the church and access the programs they needed online — via the church’s Wi-Fi — from their vehicles.

“We will continue to provide what services we can to those who wish to use them as they park at the church,” Martin said. “This is not ideal, but it is what we can do in the current circumstances.”

Before computers, people searching for their lost families spent hours digging through old records in courthouses and/or often paid thousands of dollars for professional investigators to do their searches.

In today’s world, it often is just a click of the computer or a DNA test that brings new relatives onto your tree.

Belton has experienced both and admits it is much easier and less expensive in today’s world.

In the late 1960s, her older sister, Carolyn Walker, 20, gave up an infant for adoption while living in Guilford County. Belton was unaware of this since she was a dozen years younger than her sister. After Carolyn passed away in 1971, Belton learned about that baby and often wondered about it.

“As I grew up, we knew the baby was adopted through an adoption agency in Greensboro,” Belton said. “Even though I didn’t have a name or location, she always had a place in my heart.”

When Belton’s father, Charlie Walker, died in 1989, the child was listed as a survivor “even though I didn’t know the baby’s name.”

“Out of the blue” in 1997, Belton got a phone call asking if she was Carolyn Walker’s sister and “I immediately knew who it was.”

The caller identified herself as the baby Carolyn had put up for adoption and said she had found her biological family through a private investigator.

“It was like a lost child had been found,” Belton said. The caller was Heidi Wood and she had lived in Johnston County since her adoption. Wood is very committed to her adopted family, Belton said.

That next Christmas, Belton, her husband Mark, and sons Jon-Matthew and Michael, then age 12 and 7, respectively, drove to Garner to see Wood and her family.

“My heart was full,” Belton said of that first meeting.

Since then, Belton and Wood have shared several reunions and many memories.

Not only has Belton gained a new niece but she has two grandnieces, now ages 25 and 21.

Meantime, Belton’s sons encouraged her to expand her research assistance to the community. One day while reading the community section of the News & Record, Belton saw a notice about the Family History Center, circled it and put it on her desk.

“A couple of months would go by and I would say, ‘Gee, I really need to do this,’” Belton said, noting since she was a teenager, she had accumulated family notes and papers, including letters from aunts and uncles.

Even though she did not take action right away, Belton said she started getting more excited about the thought of finding unknown family members and “the stories that need to be told.”

The very first time she visited the center, the consultants “made her feel very welcome” and provided access to their resources.

Belton was seeking information about her grandparents who lived in Pennsylvania. Since her mother, Ruth Blank, was placed in foster care as a young child, Belton had little to go on as she began her search to “heal my mother’s heart and make her happy.” Belton was the youngest and is the only survivor of four siblings.

After a couple of months, Belton was connecting the dots on her mother’s tree and found one of her mother’s half-sisters had a child who died in Vietnam at the age of 19.

“I was excited to find, after 40 some years, that this young cousin was not forgotten because I had rediscovered him,” Belton said. By publishing her find on Facebook, “I felt like I was honoring this young man and his sacrifice. We are living in an age today where nobody remembers those who gave the ultimate sacrifice for their freedom.”

She also learned her great-great-grandfather Blank was a first-generation immigrant from Germany in 1870. Then, Belton hit a roadblock.

But she hasn’t given up. Every day, new information is added and more people are having DNA tests to help, she said.

Although she hasn’t researched much in the past year, Belton looks forward to returning to the center.

“You get more done putting in a dedicated block of time than you do in the same amount of time spread out over numerous days,” Belton said.

The first thing she plans on doing when getting back to the center is to check for new information and review the additional cousins she discovered through her DNA test.

A native of Greensboro and a member of the Eden Seventh-day Adventist Church, Belton was educated in public and parochial schools, graduating in 1978 from Mount Pisgah Academy in Candler. She has studied accounting, business and human resources at Guilford Technical Community and Rockingham Community College.

In May 1982, she and Mark Anthony Belton of Madison were married at Guilford Battleground Park in Greensboro. They have two sons. Michael Tyler Belton, 30, who lives in Minneapolis, and Dr. Jon-Matthew Belton, 35, and his wife Glenna, who reside in San Diego.

Belton retired recently from United Parcel Service with nearly 26 years of service. In addition to genealogy, her hobbies include reading, cooking and gardening.

In addition to researching her family, she has also delved into Mark’s family background.

On her husband’s side, she found a distant grandfather, a Confederate soldier in the Civil War who was killed at age 30 and is buried in a mass grave in Virginia. He had five children at the time and Belton plans to add them to Mark’s family tree.

“I am so excited,” she said of the center’s soon-to-be reopening. “I feel like a little girl getting ready to go back to school and I’m getting my book bag packed.”

She also plans on scanning in all the old family documents, pictures and other information into her Ancestry and Family Search sites.

Although she has a lot of work to do on her own family history, she says “I am happy to help others any way I can.”

What: Family History Center at The Church of Jesus Christ of Latter-day Saints

WENTWORTH – Karol Altamirano came to the United States from Mexico at the age of six. With hardly any English spoken in her home, she had to r…

The undefeated No. 1 seed Reidsville football team dominated in a 50-0 shutout win over No. 8 Southwest Onslow in the opening round of NCHSAA …

WENTWORTH — Four more deaths were added to Rockingham County's COVID-19 statistics on Thursday, bringing the total lives lost to 109 since the…

Church donation of 40,000 pounds of food means security for Rockingham

Greensboro man arrested in connection with Feb. high-speed chase from Rockingham into Guilford

A fugitive for two years, Danville embezzlement suspect arrested after running from gunfire covered in blood

A former teller at URW Community Federal Credit Union in Danville was arrested after fleeing the scene of reported gunfire and covered in blood in North Carolina.

Patricia Lynn Walker Belton and her husband, Mark, were married in Greensboro in May 1982. Patricia has researched her ancestry and has begun digging into Mark’s family tree, as well.

Ruth Blank (left) is shown with her granddaughter Heidi Wood, who was given up for adoption at birth but found her biological family in 1997. 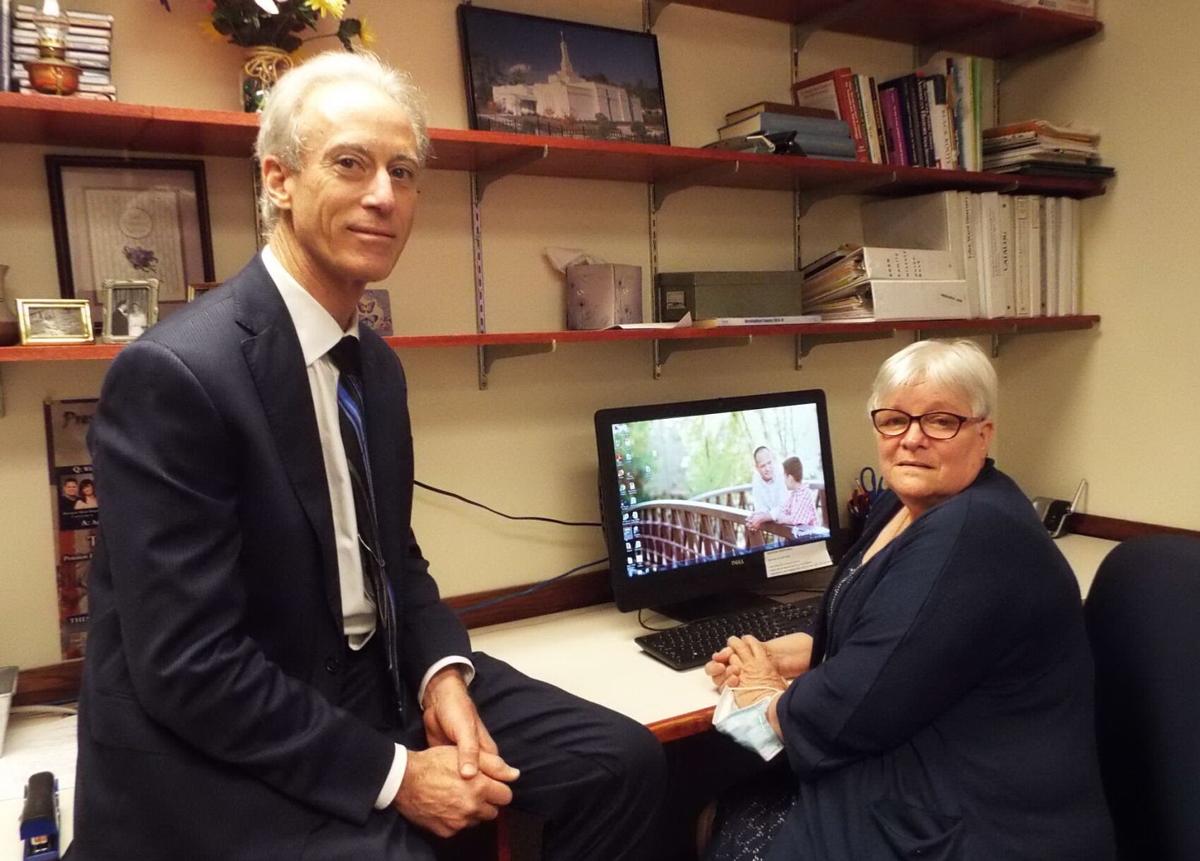