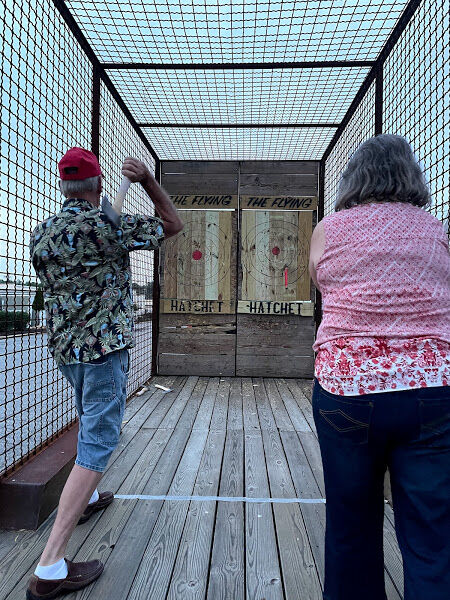 A trainer will share tips with those wanting to give axe throwing a try. 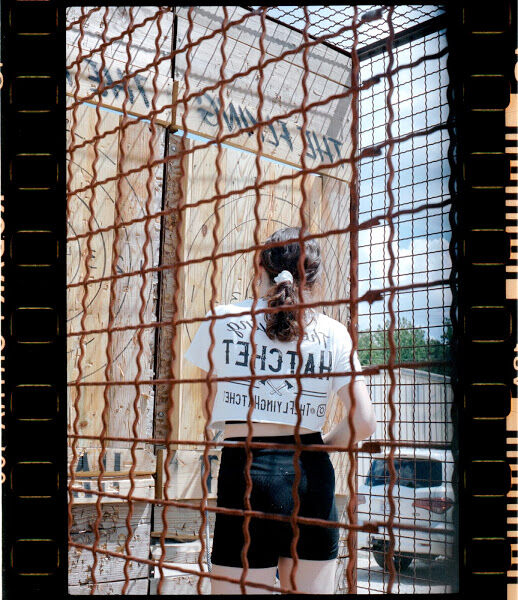 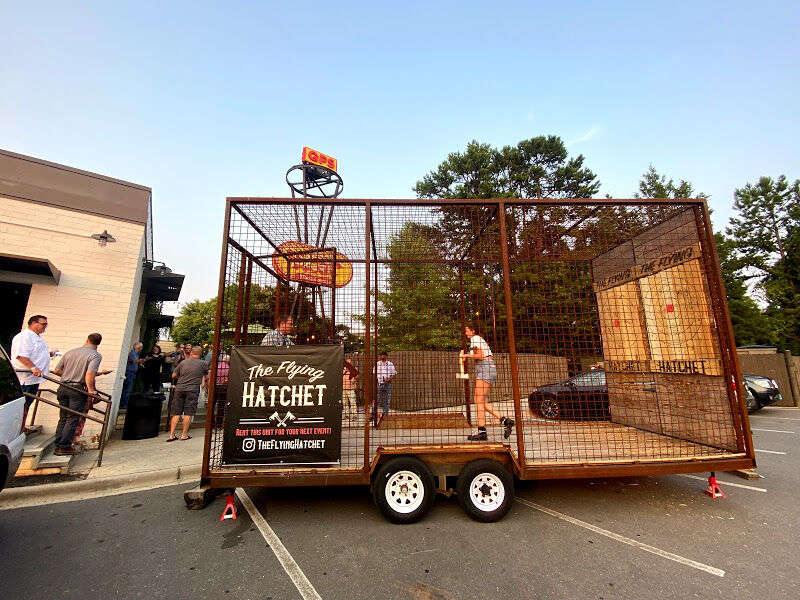 The Flying Hatchet converted a trailer into a two-lane axe-throwing cage. 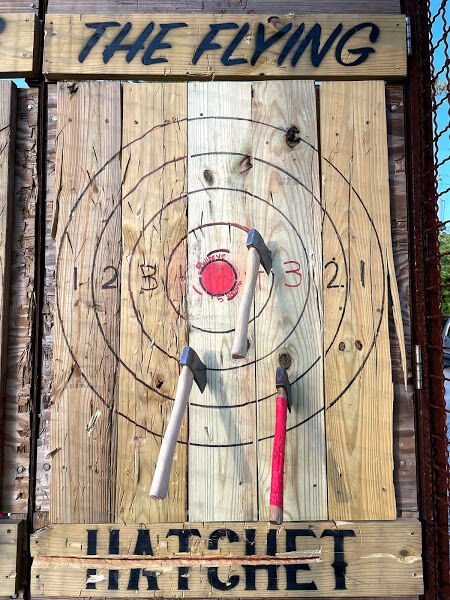 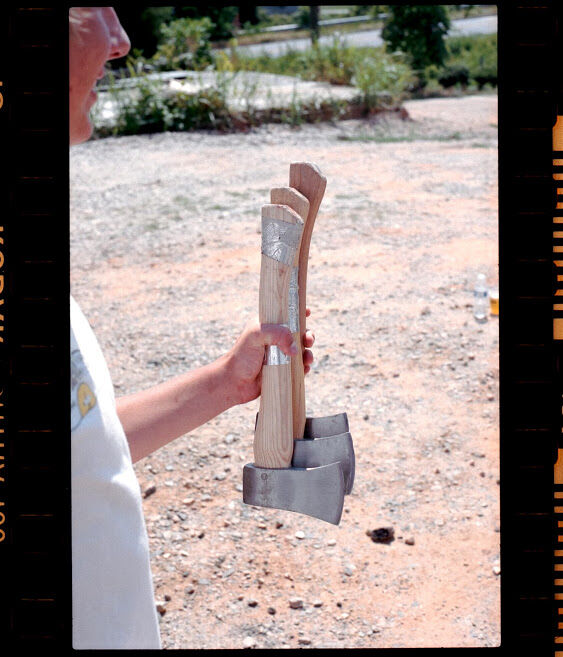 When Emily Baker, 21, first gave ax-throwing a try, she admits she was “horrible.”

But, she spent hours by herself figuring out the logistics, and says she has gotten pretty good.

“Once you get good at it, you really love it and keep coming back,” said Baker, operator of The Flying Hatchet, a mobile ax-throwing service based in Greensboro.

The Flying Hatchet will be a part of RiverFest and give visitors the opportunity to try their own hand at ax throwing.

“Come out and experience something you’ve probably never seen in the middle of a festival and enjoy the convenience of throwing axes right where you are,” Baker said.

Visitors will enter a trailer converted into a two-lane ax-throwing cage and will be greeted by a trainer demonstrates how to throw the 1¼-pound wooden axes safely and correctly.

While Baker described ax-throwing as an activity for all ages, children under 16 are not allowed in the cage unless a parent consents. Owner Chase Strange took a safety course and has trained Baker and other workers, and The Flying Hatchet follows the World Axe Throwing League’s guidelines.

“It’s harder than what you think,” she said with a laugh, but not too hard if directions are followed.

“It’s like a chicken; you don’t want to over-season it,” Baker said.

The thrower should not throw the ax as hard as they can.

“I tell them to put their left foot on the shiny line,” she said. “That’s the magic distance between you and the board to stick it.”

Strange got the idea for the business after visiting an ax bar in Atlanta in 2019. Using his background in design, building and creating blueprints, he designed the trailer.

“2019 was the first time axe-throwing came to Greensboro, and it made the news and became very popular,” Baker said.

Strange had planned to open a brick and mortar ax-throwing bar early last year, but the COVID-19 pandemic put that project on hold.

Baker is happy, though, that The Flying Hatchet has been able to re-open the mobile ax-throwing service.

Baker loves doing events in Rockingham County, such as the recent Oink and Ale festival in Eden, at which the line for The Flying Hatchet “never died down.” She is excited about participating in RiverFest for the first time.

“Everyone in Rockingham County is so nice, down to earth and community oriented,” she said.

Information: There will be giveaways, live music, food trucks, and local vendors. A portion of the proceeds will be donated to Living Pink, a breast cancer awareness organization. For more information about Divine Lemonades, visit www.divinelemonades.com.

A look at what's in store at this weekend's RiverFest

WENTWORTH — Nearly 1,000 students and staff of Rockingham County Schools were quarantined or diagnosed with COVID-19 as of Sept. 7, according …

Unifi to hire 70 workers in Reidsville and Yadkinville

REIDSVILLE — Unifi, a Triad giant in fiber production and recycling, is hiring due to a surge in product demand, officials for the company sai…

MAYODAN — With more than a dozen varsity players out due to exposure to the COVID-19 virus, for a team made up a mix of varsity and JV members…

The increase marks the fifth-largest single-day addition of infections.

The room offers families a place to rest and regroup while at the hospital.

The 47-year-old had been hospitalized with COVID-19 for about a month. She died Wednesday.

Earlier in the day the district sent out alerts warning that an unspecified threat had led to "secured perimeters" being put in place at Morehead High School and Holmes Middle School.

A trainer will share tips with those wanting to give axe throwing a try.

The Flying Hatchet converted a trailer into a two-lane axe-throwing cage.