CHATHAM, Va. — Animals seized in Callands on Sept. 6 should be available for adoption from the Pittsylvania Pet Center in just over a week.

Pet center director Brent Weinkauf said the facility has been inundated with calls from people across the state seeking to adopt the animals.

“I have people calling from all over the place wanting to adopt them,” Weinkauf said during an interview at the center Thursday morning. “The phone has been ringing non-stop.”

Officers found the front door open and more than 80 animals in the home. That evening, animal control seized approximately 30 dogs — many puppies — and transported them to a veterinarian. The news release described those dogs as “in distress.”

No one has been charged so far, said Pittsylvania County spokesperson Caleb Ayers.

“At this time, Animal Control is continuing to investigate the situation,” Ayers said via email Friday. “No arrests have been made and no charges have been filed at this time. That’s all we can say right now.”

Weinkauf told the Danville Register & Bee all the animals — 70 dogs and six cats — are expected to survive.

The animals were infested with fleas when they arrived at the pet center, Weinkauf said.

When they were first brought in, they were given an initial exam, their ages were determined, they received flea-and-tick treatment and they underwent heartworm testing, he said.

Though county officials are tight-lipped about the case, Weinkauf said he suspects breeding was involved.

Since the pet center has taken in the animals, a short moratorium on intakes from pet owners is under effect at the facility, he said. However, they’re still accepting strays and injured dogs, as required by state law.

The facility, which has capacity to house about 100 dogs, had 125 before this month’s seizure, Weinkuaf said.

After transporting 28 dogs to other facilities and a few adoptions last week, the center now has 165 dogs, including the ones from this month’s seizure, Weinkauf said. The center has 39 cats.

The shelter is usually at capacity, he said.

“We are a no-kill shelter, and that’s why we stay full,” Weinkauf said.

He has been working with 204 shelters all over the state for possible transfers to make room for the seized animals, he said.

Through Sept. 24, adoption fees have been lowered at the shelter to free up space as well. Those for adult dogs have been temporarily reduced from $80 to $20, and those for puppies are down to $80 from $155, Weinkauf said.

This month wasn’t the first animal seizure the center has had to contend with.

In April, 68 dogs were seized from a home in Hurt. Then, a search warrant was served at a residence on Peninsula Place where authorities discovered dozens of labradoodles — both male and female in a variety of breeds and ages — at the site. Many of the canines appeared to be in poor condition.

By the middle of July, all 68 had been adopted into new homes.

“It took about four to six weeks before they were available,” Weinkauf said.

Weinkauf and the center’s staff and volunteers gained knowledge from that first seizure which helped them to better handle this most recent one, he said.

In-takes were done in about an hour and a half after this month’s seizure, he said. Pittsylvania Pet Center was able to go through the process quicker “because of what we learned before,” Weinkauf said.

“We had a triage set up ready to receive them,” he said.

The first seizure prompted community members to lend a hand in processing the animals at the facility, with about 80 people volunteering, Weinkauf said.

The center has about 15-20 volunteers on a regular basis, with about four to five coming in every day since the most recent seizure.

“We’re so grateful for the support from the people here in Pittsylvania County, Weinkauf said. “I’m thankful for the amazing team we have here [at the pet center].” 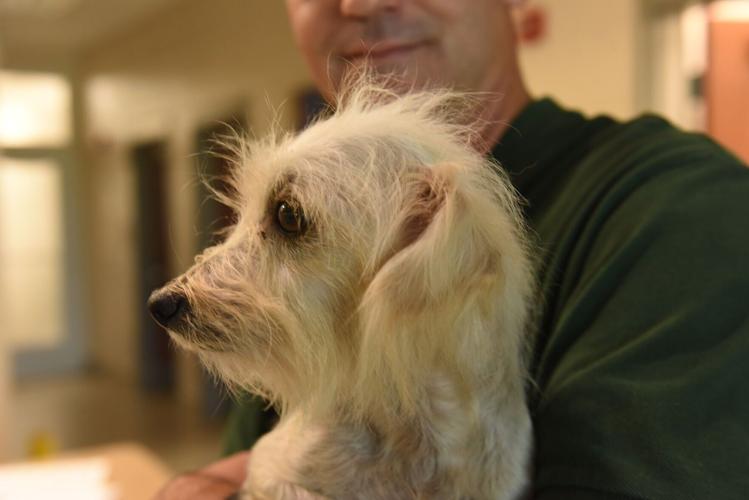 Fairview, a 1-year-old mixed-breed, was one of 76 animals seized at a home in Callands on Sept. 6. The 70 dogs and six cats are at the Pittsylvania Pet Center and will be available for adoption soon. 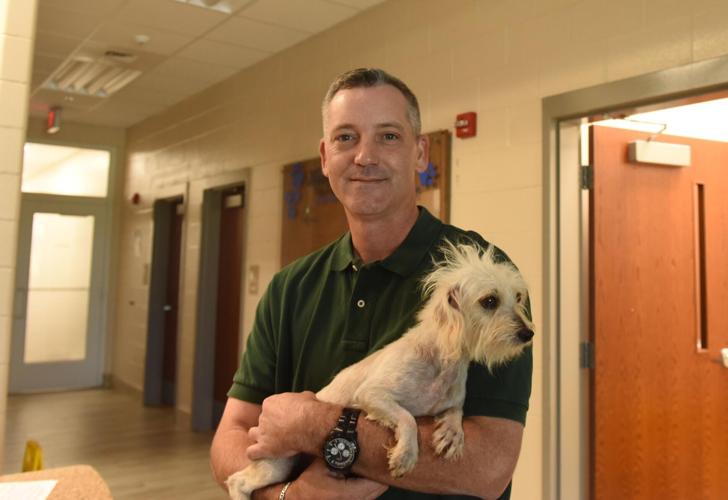 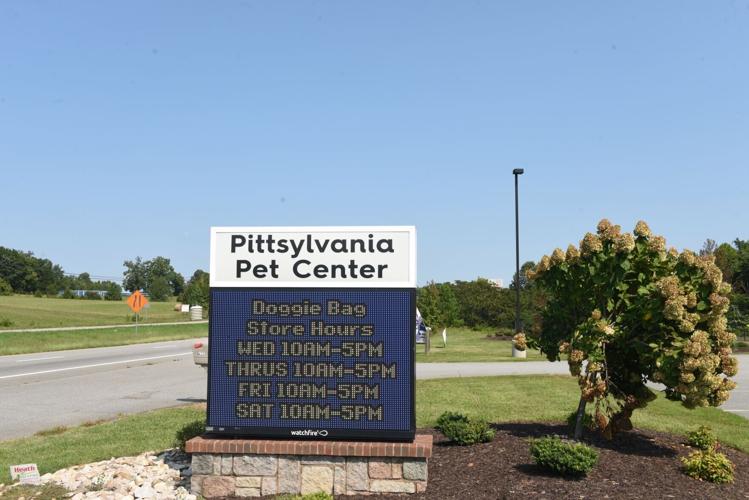 The Pittsylvania Pet Center took in 70 dogs and six cats seized from a home in Callands on Sept. 6. The animals will be available for adoption soon.