MADISON — A Madison man whose criminal history includes convictions for 21 sex offense charges, including second-degree rape and sexual exploitation and indecent liberties with a minor, was arrested here Monday for failing to tell authorities how he identifies himself on the internet as required by law.

Kevin Daniel Pegram, 38, of 110 Kimrake Lane, has a history of flouting state law that prohibits convicted sex offenders from living near or frequenting places where children gather.

Pegram is scheduled to appear in District Court on July 12, officials said.

Listed by the N.C. Sex Offender Registry as a recidivist, which means Pegram was convicted of an aggravated offense or has been determined to be a sexually violent predator, Pegram was released from prison in November 2015 after serving a 12-year sentence for sex crimes.

But in 2018, Pegram, then 35, performed as a magician during Family Night at Mario’s Pizza on Cloverdale Avenue in Winston Salem, according to authorities and indictments reported by the Winston-Salem Journal.

Pegram’s presence at Mario’s while children were in the restaurant was a violation of state law. The Forsyth County Sheriff’s Office said in 2018 that Pegram had advertised his services for children’s parties.

In response, a Forsyth County grand jury in October 2018 indicted Pegram on 10 counts of being a sex offender unlawfully on premises.

The indictments described the restaurant as a “place where minors gather for a regularly scheduled recreational program.”

Pegram pleaded guilty to a similar crime in March 2018 in Guilford County, the Winston-Salem Journal reported.

A look back at a repeat offender’s record

Pegram was convicted in 2004 of second-degree rape and the parents of a 12-year-old said in a lawsuit that Pegram assaulted their daughter after meeting her while performing at a restaurant family night.

North Carolina law defines second-degree rape is defined as having vaginal intercourse with a victim against their will and with the use of force.

The charge can also be brought if a victim is mentally or physically disabled.

In March 2018, the Guilford County Sheriff’s Office arrested Pegram, who was working as a magician at events for children. He was charged with 52 counts of being a sex offender at or near child premises, the Greensboro News & Record reported in 2018.

A Guilford County prosecutor voluntarily dismissed all but one of the 52 charges in a plea deal July 30, 2018.

Maury Hubbard III, Pegram’s attorney on the Guilford County charges, said Pegram pleaded guilty to one count of being a sex offender at or near child premises.

The other charges were dismissed because video showed that he performed at restaurants in the main dining room that was not exclusive to children.

The charge he pleaded guilty to involved allegations that he performed as a magician at a children’s tent for an event thrown by a law firm, Hubbard said.

In 2005, a Guilford County couple sued Ham’s Restaurant, alleging that restaurant officials did not screen Pegram. The couple said Pegram sexually assaulted their 12-year-old daughter repeatedly in his vehicle.

The lawsuit said Pegram performed as a magician at a Ham’s restaurant. The girl’s parents attended the family nights at the restaurant with their children in 2002 and 2003, the News & Record reported.

Pegram was 19 at the time, and the lawsuit alleged that Pegram manipulated the girl into a relationship that included rape, abuse and assault, the News & Record reported.

Pegram was criminally charged and later convicted. That conviction helped lead to his status as a registered sex offender.

The lawsuit against Ham’s was voluntarily dismissed by the plaintiffs on Oct. 25, 2006.

Before he leaves for a new position at the University of Arizona, Duane Cyrus will present a multi-disciplinary performance art installation and community discussion, titled "Time: Liminal." It's the focus of his Residency at the Hyers. 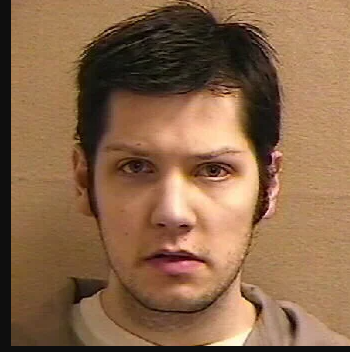