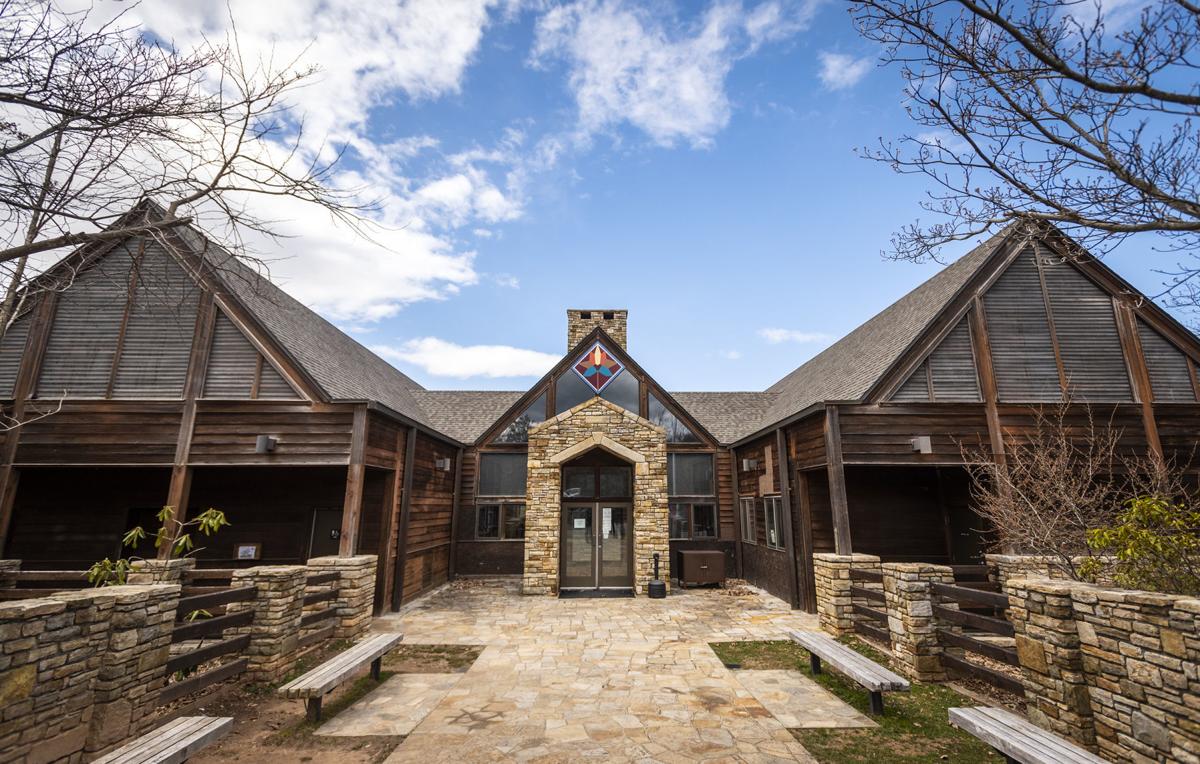 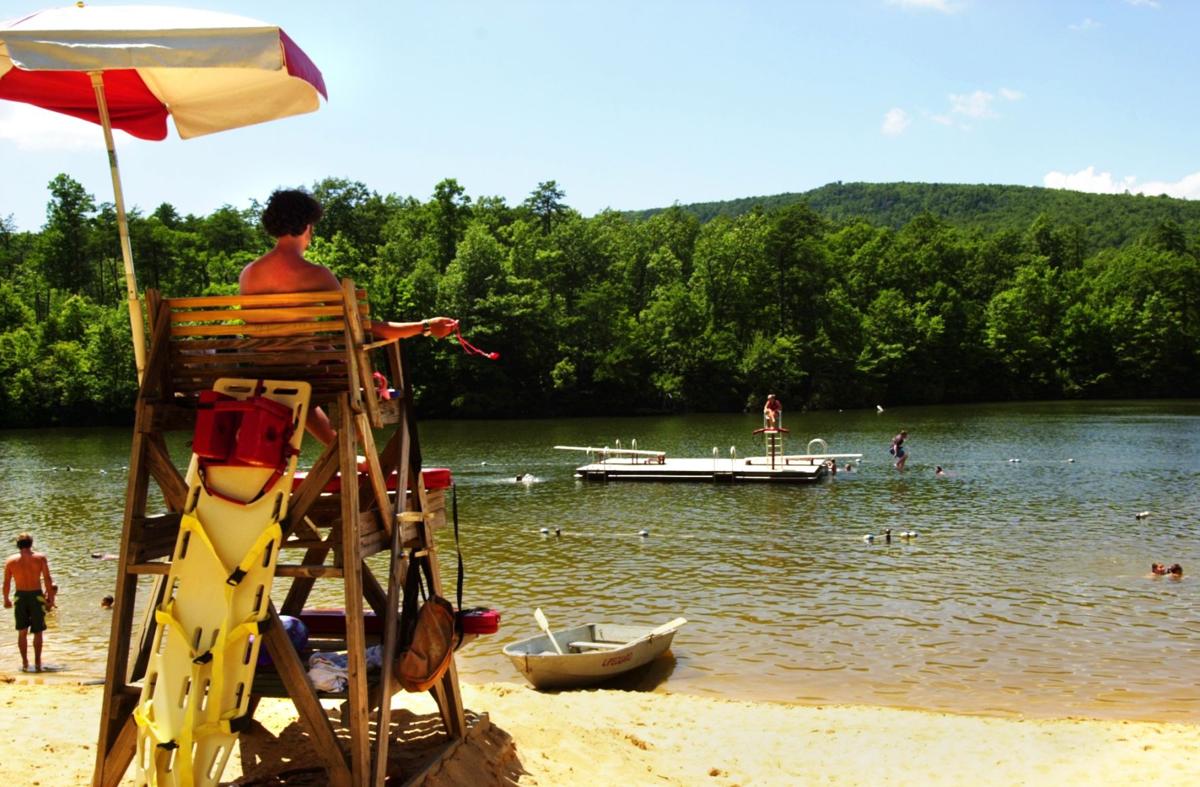 “We’ve got to have enough lifeguards,” said park ranger Jason Anthony. “If we don’t find enough, we won’t be able to offer swimming.” 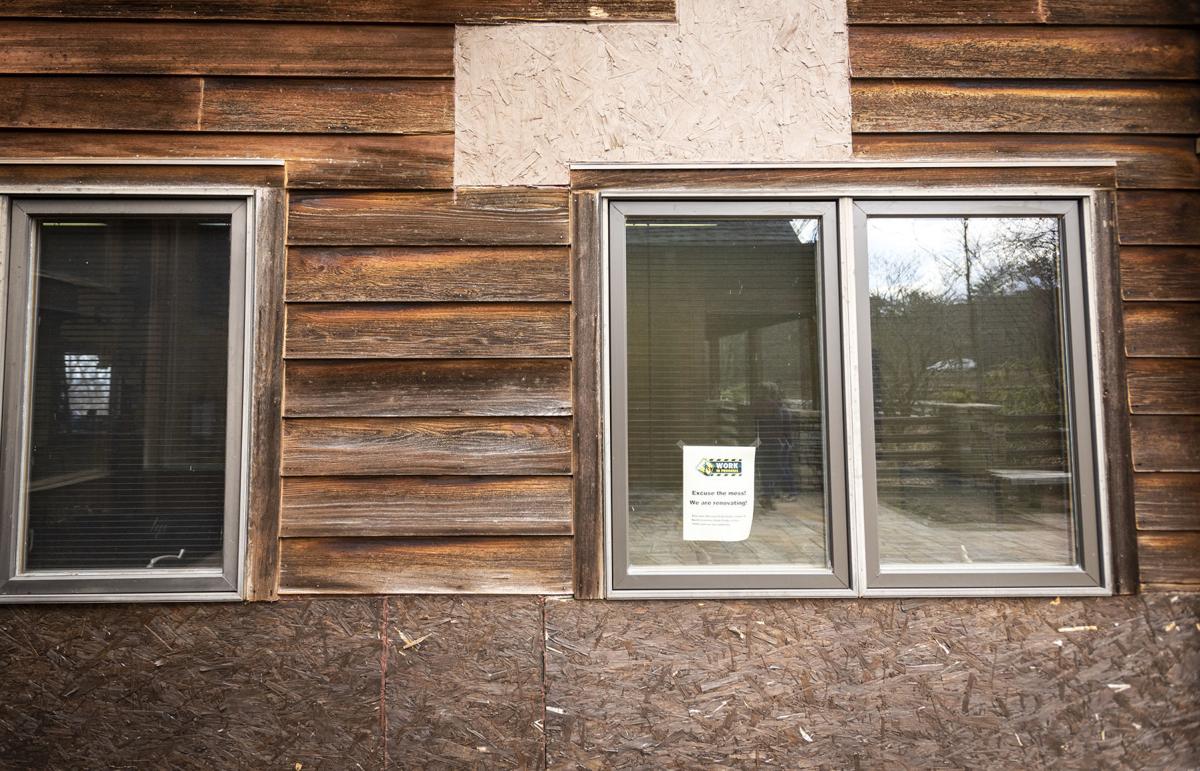 Plywood covers areas where rotten boarding was removed from the visitor center at Hanging Rock State Park in Danbury. 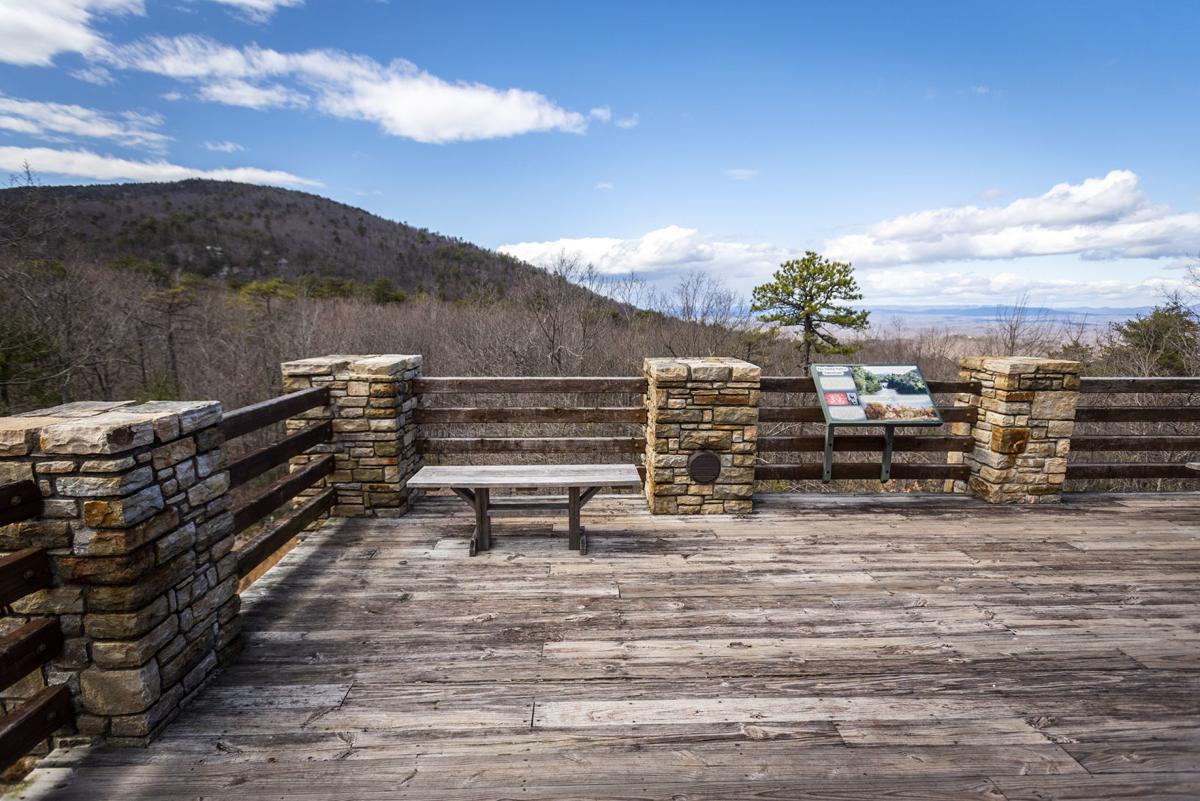 DANBURY – A variety of impediments have slowed renovations to the water-damaged visitor center at Hanging Rock State Park, and have some questioning the integrity of the $25 million structure.

A rustic wood-and-stone building, constructed in 1996, the center closed its doors last year for repairs to weather-related damage to its exterior, park officials said. The building’s decking, siding and structural supports, as well as the chimney, needed fixing.

“There was a lot of water damage, lots of rot,” said Jason Anthony, a park ranger at the 9,011-acre state complex.

Park officials had hoped to reopen the center this month, but Anthony said it will take at least until summer’s end for workers to complete the task. Simcon Construction Co. of Mount Airy is the general contractor for the renovations.

Reasons for the delay are numerous, Anthony said. The COVID-19 pandemic hit about the time the work was to begin last spring, and workers didn’t get started on the project until almost winter, a season with inclement weather that interrupted the repairs.

And damage was more extensive than originally thought, Anthony said.

“There were lots of factors involved,” he said of delays.

Anthony acknowledged some people have questioned if the center’s original design put too heavy an emphasis on making the structure “aesthetically pleasing” as opposed to long-lasting.

Voters in 1993 approved a $35 million bond referendum that funded the center’s 1996 construction. Of that money, Hanging Rock was allotted about $1.8 million for the center.

The renovation work is being financed by more bond money. It’s one of 45 state park projects paid for by $75 million in bond funds approved by voters in 2016.

The center was the first of its kind in North Carolina, adding an educational component to the park experience with a classroom for visiting students and exhibit space showcasing the park’s attractions.

Other state parks have since followed suit with their own similarly spacious visitor centers.

With the center closed, park visitors have adapted as best they can, Anthony said, noting there are maps posted at most of the park’s major trailheads and guests can find several portable toilets in the parking lot outside the visitor center.

“We’ve all witnessed how adaptable our park visitors are,” he said.

Despite being closed for seven weeks during March and April of last year due to COVID-19 restrictions imposed by state government, Hanging Rock boasted a record year for visitors, with 867,911 passing through the gates.

“That’s remarkable considering we were closed for almost two months of the year,” Anthony said. “For a long while, parks were the only thing open.”

In fact, there were times during the past year that the park was so crowded that gates had to be closed and would-be visitors turned away.

Calls seeking comment from the N.C. Division of State Parks and Simcon Construction Co. were not returned.

Lake to open; lifeguards being sought

After having been closed all of 2020 because of COVID-19 pandemic health and safety restrictions, Hanging Rock State Park plans to reopen its lake for swimmers this summer.

There’s just one potential kink to those plans.

“We’ve got to have enough lifeguards,” said park ranger Anthony. “If we don’t find enough, we won’t be able to offer swimming.”

Anthony said securing lifeguards for summer employment is almost always a headache for park officials. While the job pays more than most temporary park positions, he said, lifeguards must make a $300 class investment in order to be certified by the American Red Cross in life saver training.

Regular lifeguard jobs pay $12 per hour and chief lifeguards earn $14 per hour, said Anthony, explaining that other temporary jobs in the park paid around $10 per hour.

For now, the park plans to reopen the late for swimming from Memorial Day to Labor Day.

Last year marked the first time since the park’s creation in 1944 that a public health crisis required the spring-fed lake to be closed for an entire summer. The park was built by the Civilian Conservation Corps, part of the Work Progress Administration, or WPA

Anthony said while plans are for the lake to be opened for swimming, the same isn’t true for boat rentals. Park officials determined that the task of cleaning boats, oars and life vests between rentals in order to comply with pandemic safety requirements would be too difficult to achieve.

The lake at Hanging Rock is unique for a couple of reasons, Anthony said, noting its stone bathhouse is reminiscent of a bygone era, and the lake’s diving platform is one of only two remaining in the state parks system.

Anyone interested in applying for a lifeguarding job at Hanging Rock may call 336-593-8480, or contact the park by email athanging.rock@ncparks.gov.

WENTWORTH — A rabid fox may have exposed a western Rockingham County resident to rabies, health officials confirmed on Friday after state test…

REIDSVILLE — Reidsville Police Department are searching for Timothy Lee Albright, 37, and Chelsea Lang Albright, 22, both of Eden, in connecti…

“We’ve got to have enough lifeguards,” said park ranger Jason Anthony. “If we don’t find enough, we won’t be able to offer swimming.”

Plywood covers areas where rotten boarding was removed from the visitor center at Hanging Rock State Park in Danbury.