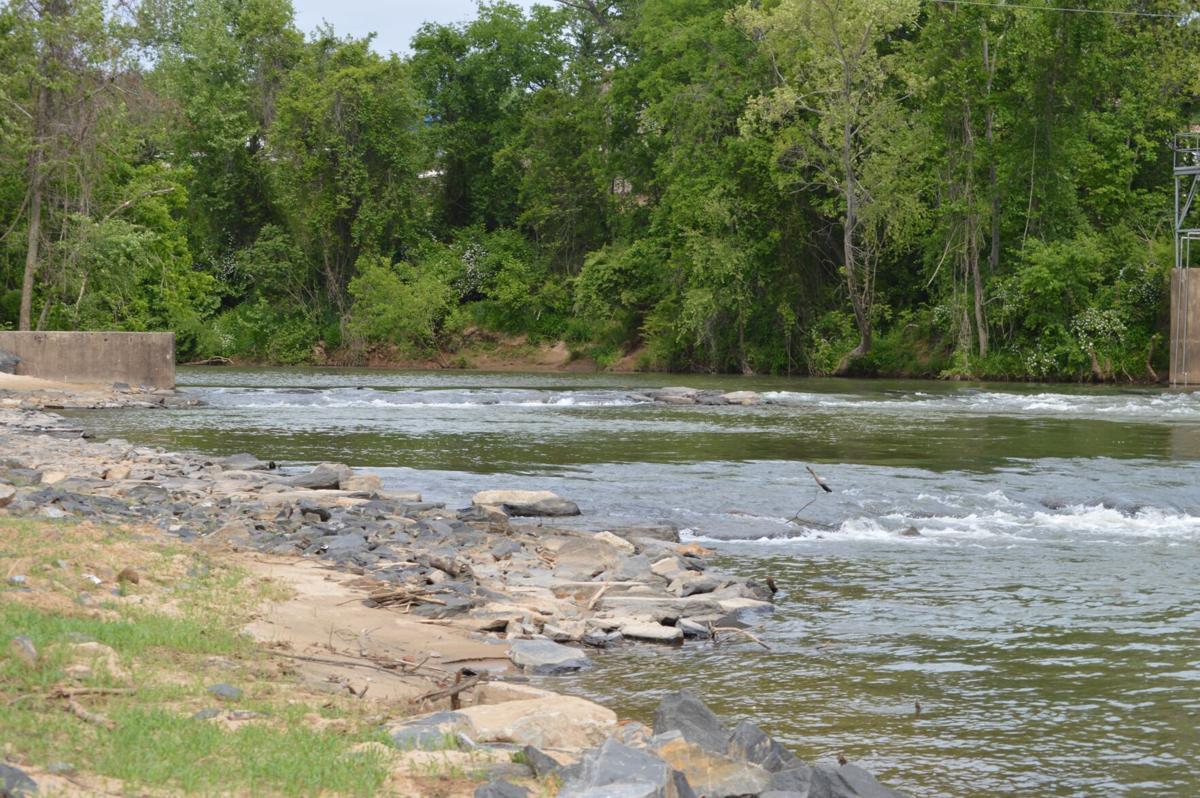 Boulders were placed strategically to create a natural weir system along the Dan River at the Madison River Park site at Lindsey Bridge. 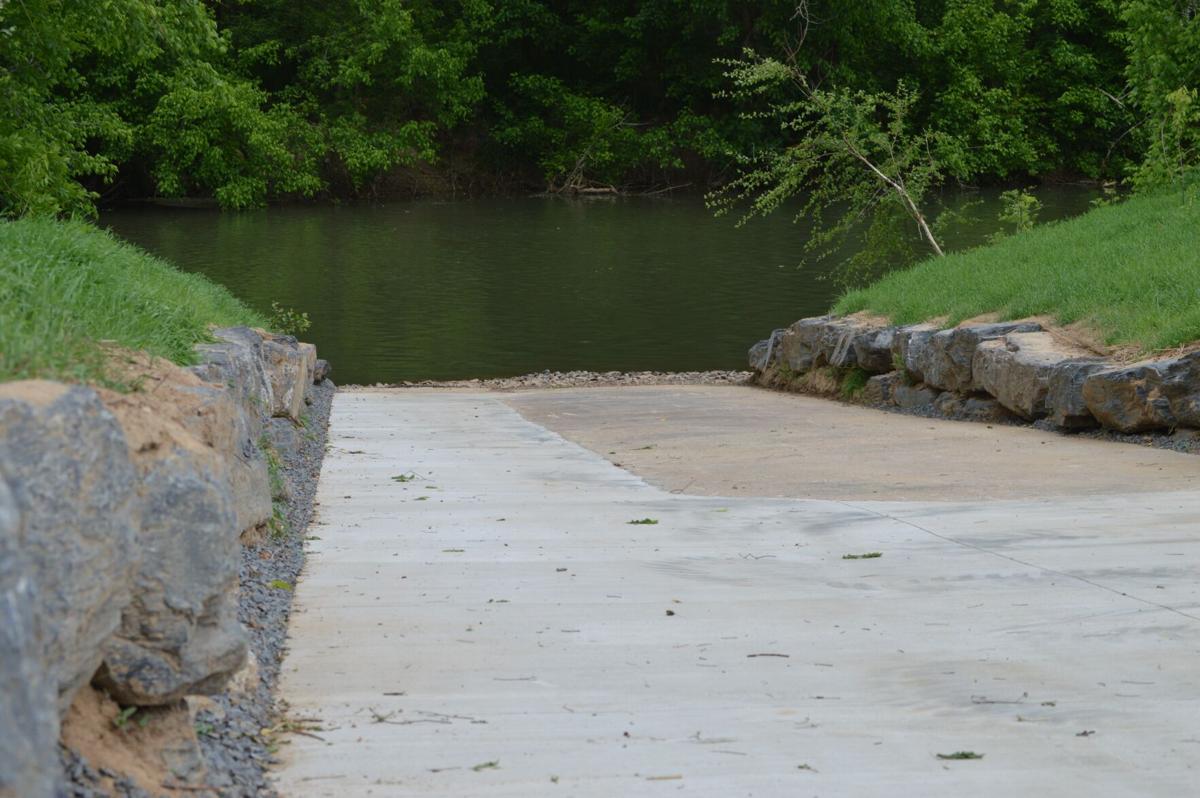 Access to the Dan River will be easier for paddlers and floaters with the new and widened launch area at the Madison River Park.

MADISON — River enthusiasts and tourists may float and boat soon at the new Madison River Park, one of the Southeast’s most innovative recreational areas that wed a town’s need for dam restoration and Dan River access to wildlife officials’ need to preserve an endangered fish species.

Project officials and local leaders will celebrate the opening of the park, a multi-year project, on May 21 with a ribbon cutting at 10 a.m., according to a news release from the City of Madison.

Located at Lindsey Bridge Road, near Pine Hall Brick, the park reopens to the public after a months-long restoration effort that involved construction of a natural boulder-weir system to restore the Dan River. The project opens a portion of the river previously closed to the public.

“This is a historic moment for the Town of Madison,” said Madison Mayor David Myers, who first introduced the potential of using weirs to replace a 50-year-old weathered dam during preliminary discussions about the project.

An attractive destination for tourists, the park will provide options for paddling, canoeing, kayaking, fishing, tubing and much more.

Among the features of the new park:

A widened concrete boat launch that was remodeled at the head of the new rapids, to provide kayakers and tubers easier access.

An expanded parking lot, handicap accessible lots near the riverside, a handicap parking spot for trailers near the launch, concrete sidewalks and a new widened entrance to help traffic flow.

The amenities were constructed following a vigorous restoration phase last summer that included the creation of the unique dam-to-weir transformation, which opened more than 50 miles of river and passage for the federally endangered fish, the Roanoke logperch.

Engineers used over 10,000 tons of boulder material to rebuild the old dam into a natural weir system that opens up previously blocked passageways for the fish species to return upstream to their natural habitat.

The River Park Concept was developed in 2017 after town officials discovered that replacing their failing dam at the Lindsey Bridge site would cost roughly $8 million.

Looking for alternatives to the high price tag, officials began collaborating with environmental agencies and scientists who had for some time been exploring options for improving habitat for the endangered Roanoke logperch, the James River spiny mussel and other native fish vital to a healthy river ecosystem.

With dual goal of protecting the logperch and the town’s water supply, The Town of Madison and the North Carolina Wildlife Resources Commission quickly formed an alliance and arrived at a solution that would enhance habitat, as well as the town’s infrastructure and recreational needs.

A further aim of the development of the weir system is to restore eroded areas below the dam, officials said.

Engineers placed new barriers made of boulders to line the riverside, and protect the park from major flooding.

Officials also emphasize that local flooding will not impact or wash away the newly-built infrastructure.

During the first months the park is open, officials ask the public for patience as they wait for landscaped grass and vegetation to grow, the release said.

EDEN – Many who knew Jeff Roberts described him as a salt-of-the-earth type of a guy. He would not only give anyone in need the shirt off of h…

WENTWORTH — The Rockingham Community College Board of Trustees on Tuesday welcomed Charles K. Rakestraw to its board. He replaces Robert Shelt…

Someone fired shots into homes along the street in two incidents over three days, authorities said.

Officials are taking the state's guidance and evaluating options.

Boulders were placed strategically to create a natural weir system along the Dan River at the Madison River Park site at Lindsey Bridge.

Access to the Dan River will be easier for paddlers and floaters with the new and widened launch area at the Madison River Park.