Que Tucker, a Rockingham County native, has served as the Commissioner of the North Carolina High School Athletic Association since 2015.

Tucker was happy to have survived three or four laps around the Charlotte Motor Speedway at a Section 3 outing. Tucker said one the most enjoyable aspects of her job is working with her talented staff to provide opportunities to compete. 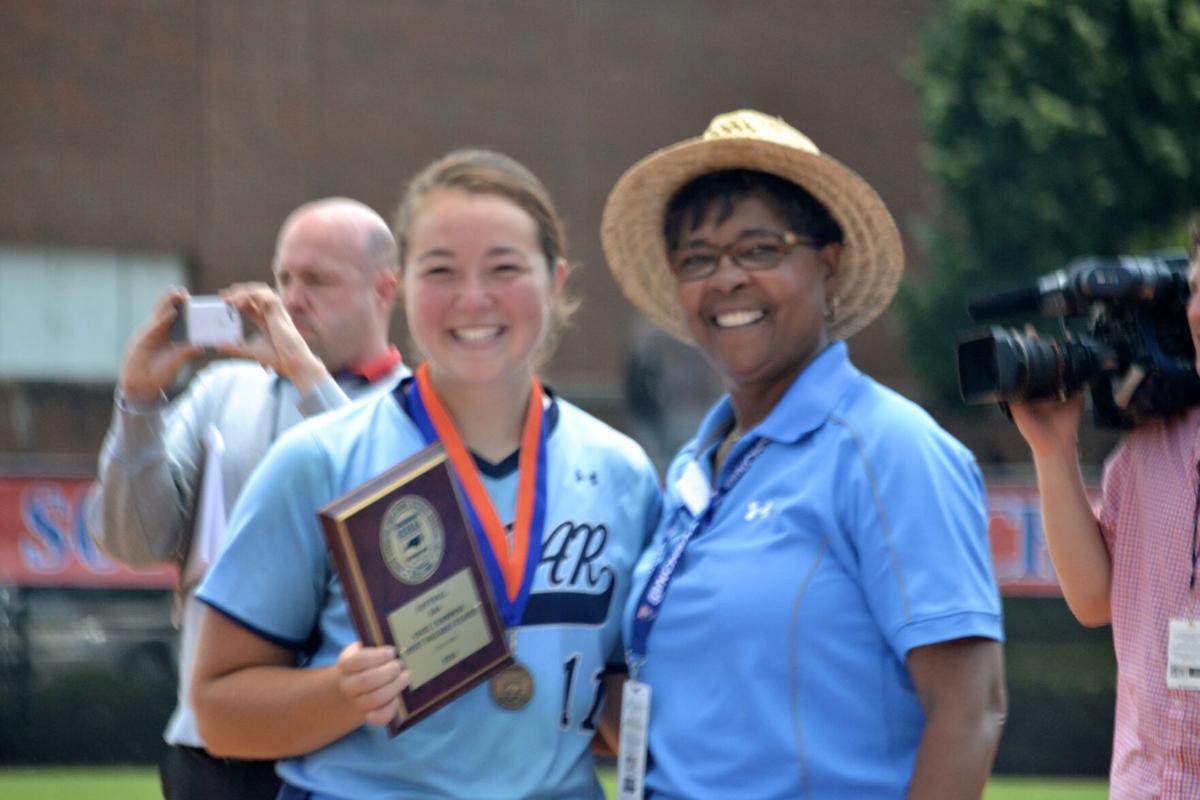 Que Tucker presents an MVP award at a softball championship. 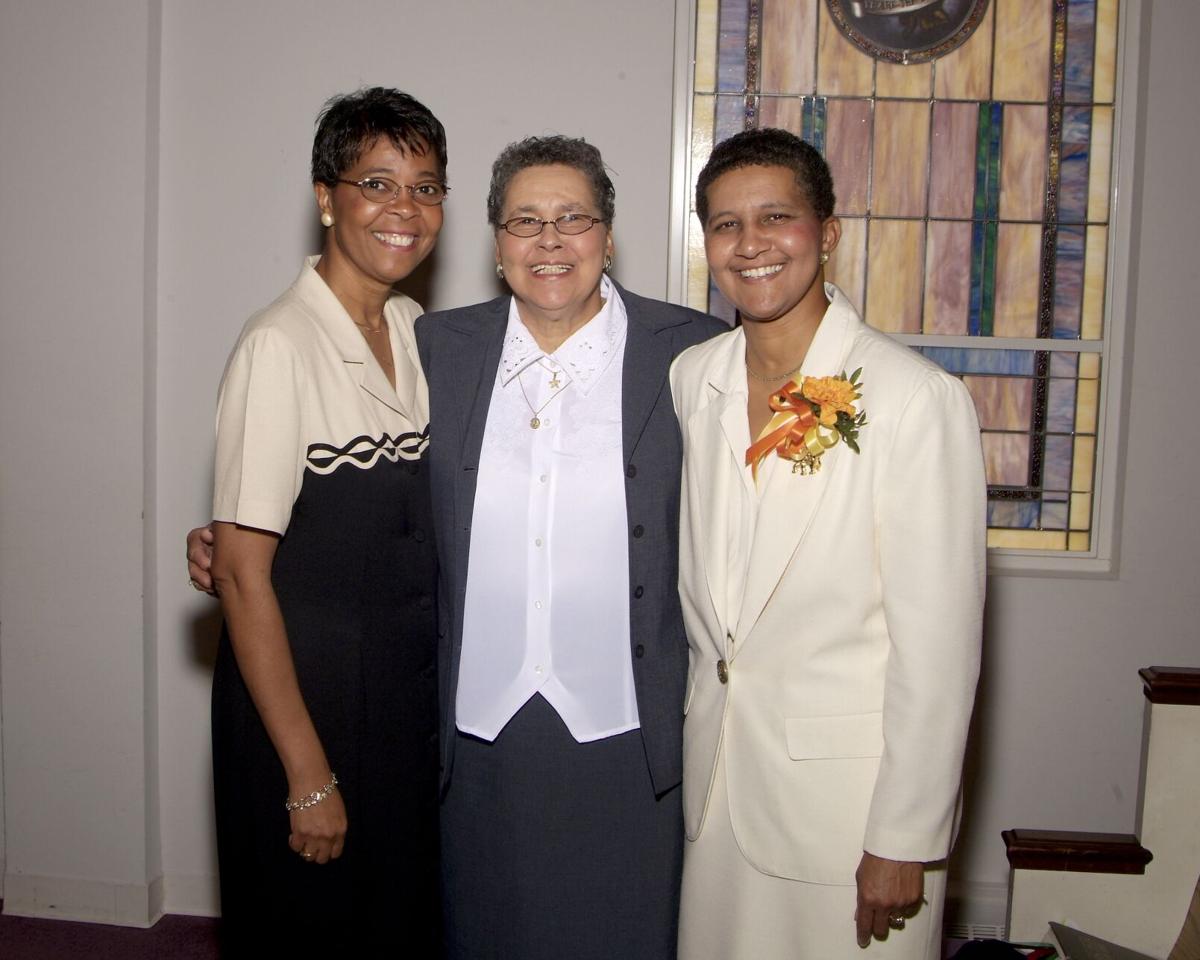 Tucker remains close with her mother, Ida Tucker, and her  sister, Rochelle Tucker, both of whom still live in Rockingham County. 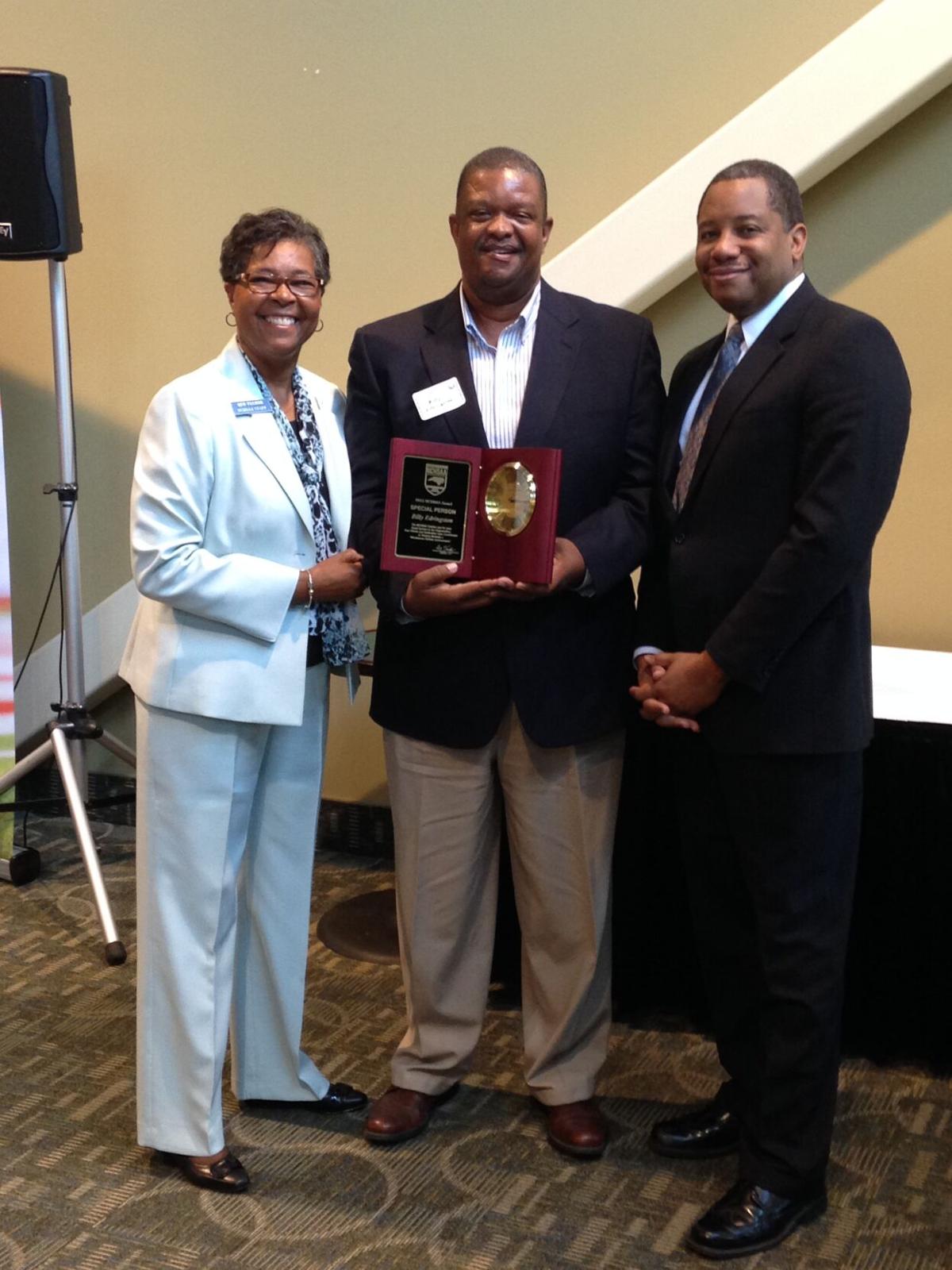 Que Tucker, Commissioner of the North Carolina High School Athletic Association, grew up in Rockingham County and is quite proud of her background.

A 1970 graduate of Stoneville High School, where she played basketball, she has always loved and enjoyed sports.

She also played basketball in college, graduating from Mars Hill College in 1974. In addition, she received her master’s degree in 1977 from UNCG.

While her work with the NCHSAA requires her to live in Wake County, she still owns and maintains a home in Rockingham County, next door to the home where she grew up. Her mother, as well as her sister and other family members, still live in the area.

“So, it is safe to say, my roots remain in Reidsville/Rockingham County,” Tucker, 68, said. “I am proud to be from this community.”

Tucker believes history has repeated itself because one of the early executive directors of the NCHSAA was a man named Hap Perry, a Reidsville native.

“Good people come from small towns and serve in leadership roles if they work hard, do the right things at all times and treat people as they want to be treated,” she said. “The values I learned growing up in Reidsville have served me well.”

The mission of the NCHSAA is to provide leadership and governance for interscholastic athletics that enrich and support education. As commissioner, Tucker oversees a staff of 17 to provide eligibility rules for students to play athletics, as well as the regulations for consistent play across the state.

Before going to work for the NCHSAA, Tucker taught public school from 1975 to 1989 (health and physical education; varsity basketball and volleyball coach), and was an assistant women’s basketball coach at NC State University from 1989-1991.

“I went to work for the NCHSAA to develop a Student Services Program designed to help high school students develop leadership skills, while balancing athletics and academics, making good decisions, and being drug free,” she said.

Some of her accomplishments since becoming commissioner in 2015 include hiring a health and safety consultant; expanding the association’s scholarship program; implementing a grant program to help athletic programs meet certain financial needs; and authorizing the development of a Student Athlete Advisory Council.

Like most businesses and organizations, the COVID-19 pandemic has created challenges for the NCHSAA, the biggest, according to Tucker, being the general public not always understanding that the NCHSAA must follow the governor’s executive orders and the guidelines from the Department of Health and Human Services.

“There is a belief that we can set rules separate and apart from those orders,” Tucker said. “Addressing this belief has been and remains an ongoing challenge in educating the public. It is frustrating that our member schools do not always help with this education.”

Tucker said the most enjoyable aspects of her job as commissioner is working with a talented staff to provide the opportunities to compete, seeing the students actually compete, and the relationships established with the membership from the coast to the mountains.

“We have 421 schools currently,” she said. “Most enjoyable is watching athletes compete for a state championship after a season of dedication and working hard to achieve season-long goals.”

In her spare time, Tucker enjoys reading, traveling and spending time with family.

“COVID has hampered that over the past year,” she said.

Tucker enjoys her job tremendously and hopes the NCHSAA will be around another 100 years providing leadership and governance for interscholastic athletics in North Carolina.

“The competition, leadership, professional development, and scholarship opportunities are invaluable to student athletes and coaches, thus I want to help position the association to remain on track into the future, even after I retire,” she said.

REIDSVILLE — Reidsville police, with the help of the Union County Sheriff’s Office, have arrested an Eden couple in connection with sex crimes…

Following last week’s victory over Elizabeth City Northeastern, Reidsville head football coach Jimmy Teague said to his team that no one ever …

The local health district is lagging the rest of Virginia in vaccination rates.

Que Tucker, a Rockingham County native, has served as the Commissioner of the North Carolina High School Athletic Association since 2015.

Tucker was happy to have survived three or four laps around the Charlotte Motor Speedway at a Section 3 outing. Tucker said one the most enjoyable aspects of her job is working with her talented staff to provide opportunities to compete.

Que Tucker presents an MVP award at a softball championship.

Tucker remains close with her mother, Ida Tucker, and her  sister, Rochelle Tucker, both of whom still live in Rockingham County. 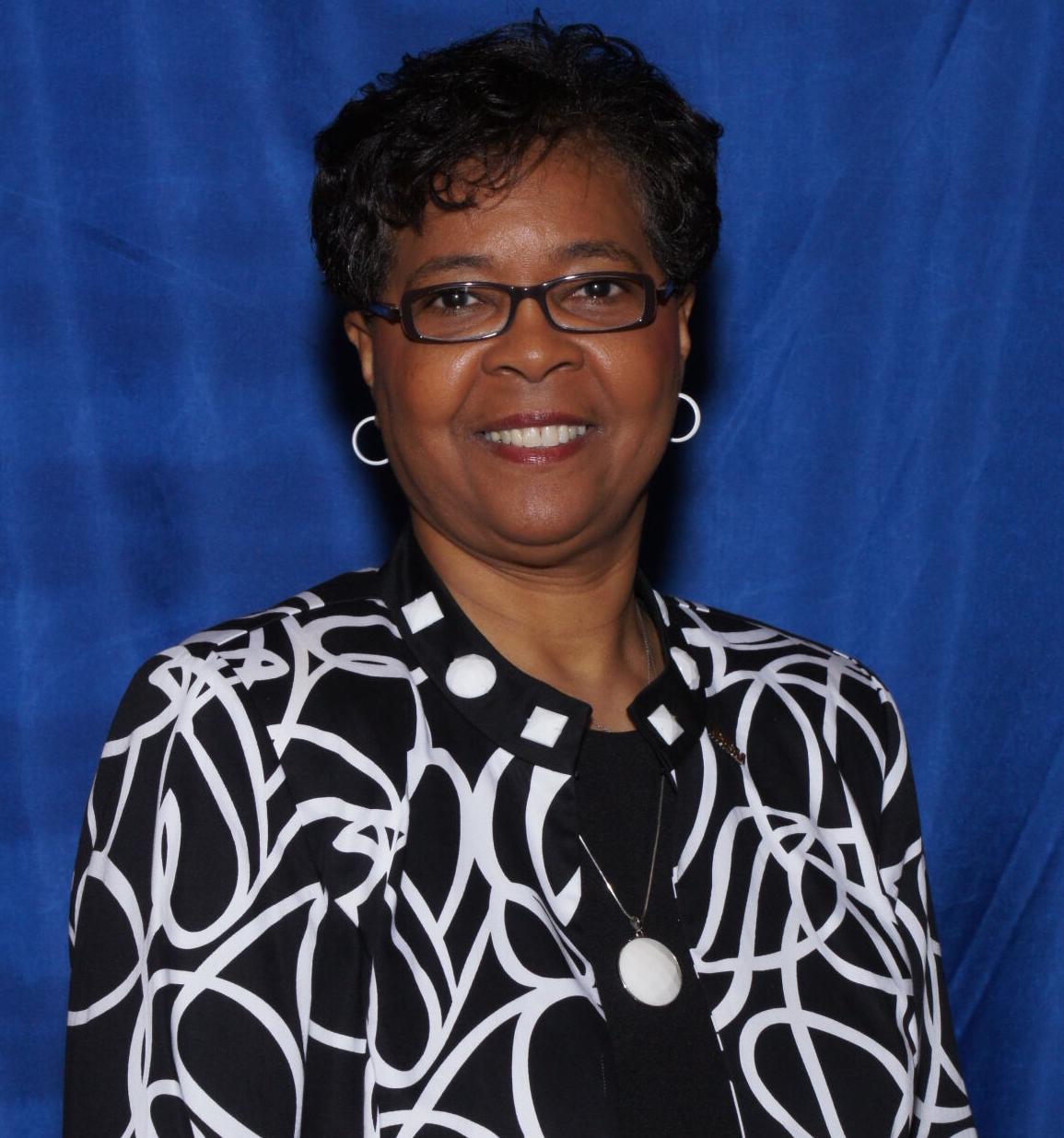