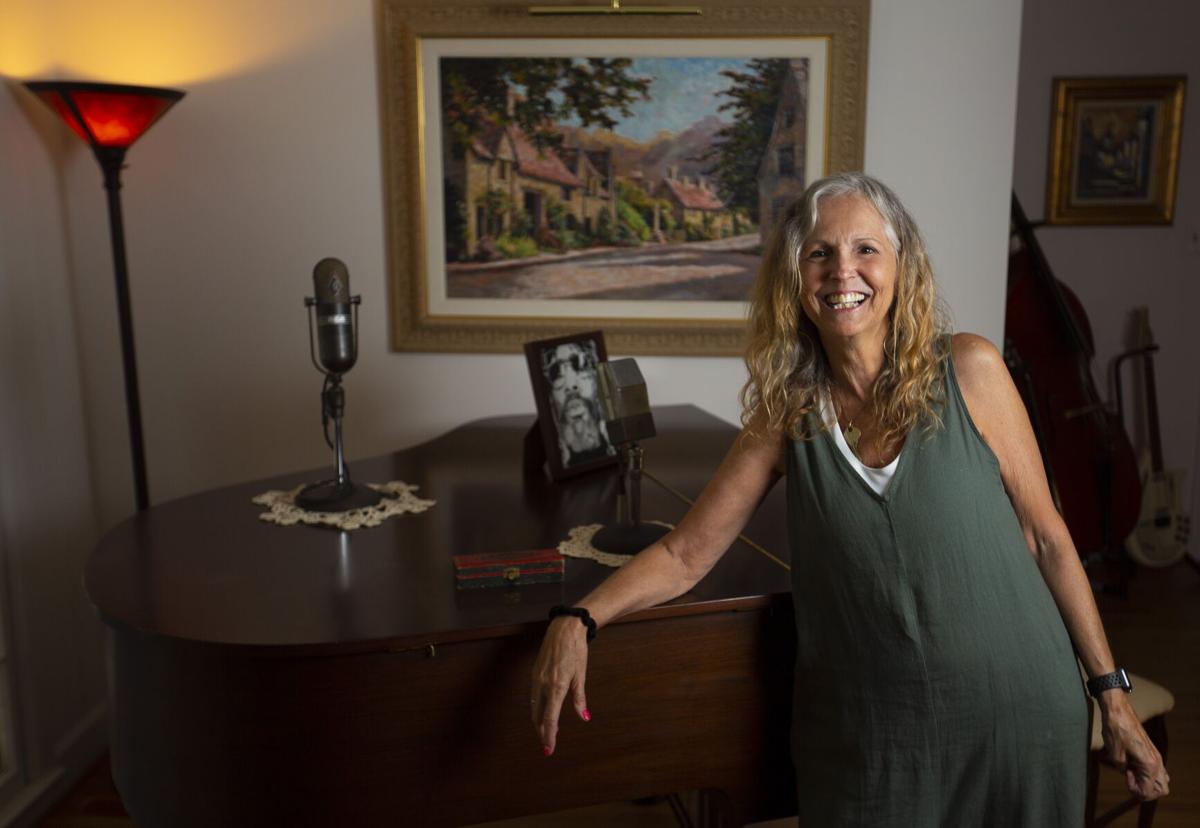 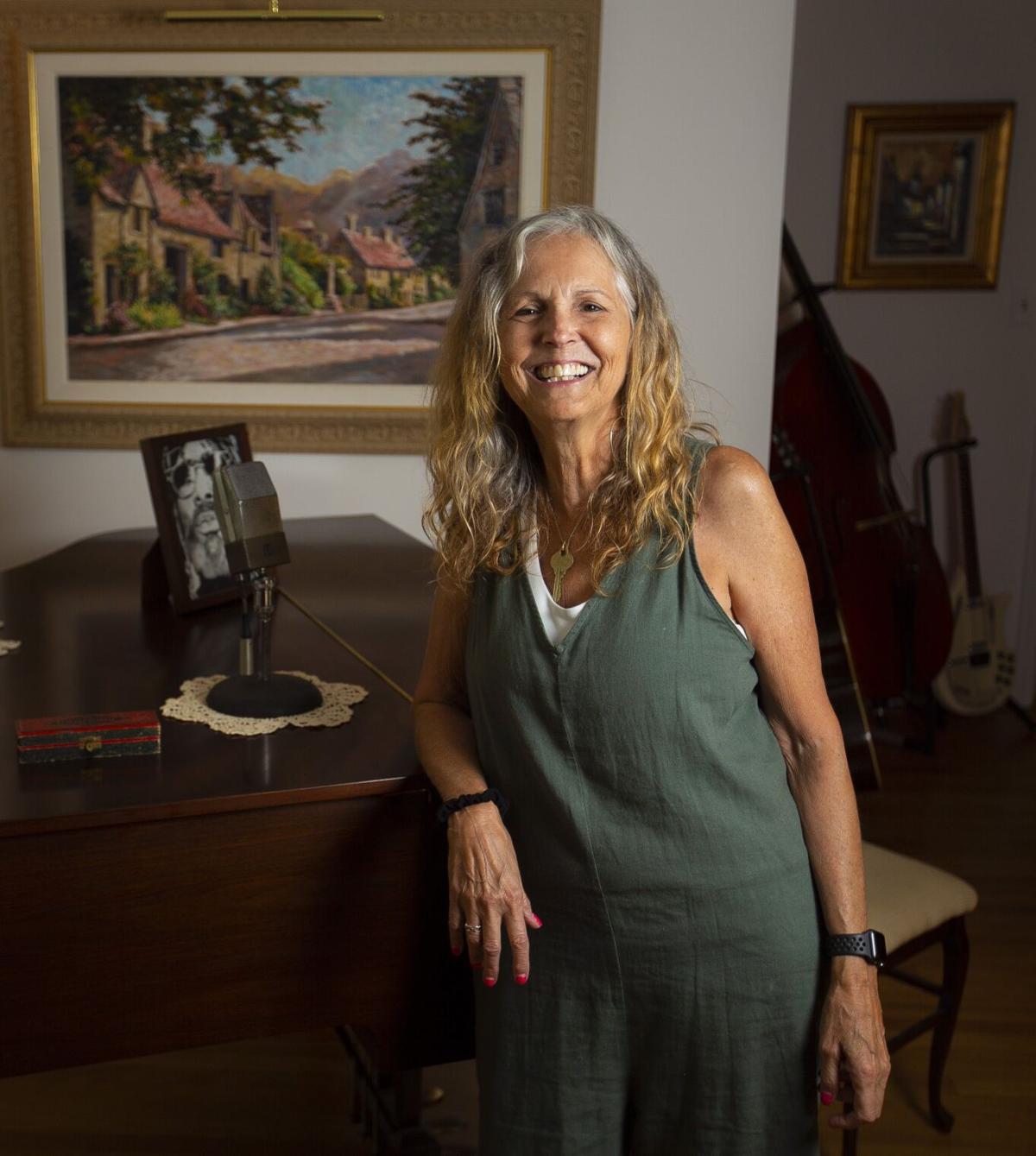 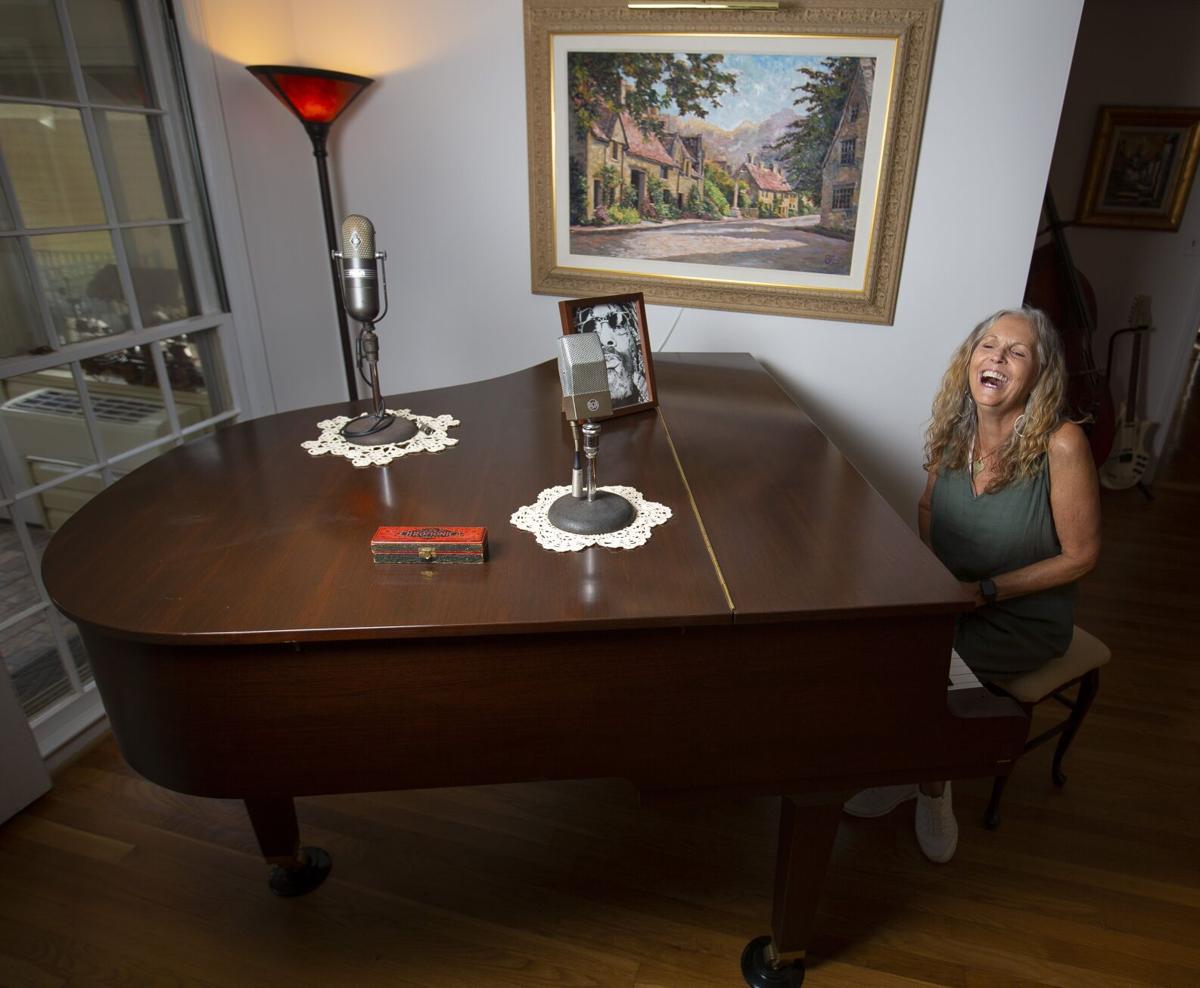 GREENSBORO — Kristy Jackson closes her chestnut eyes before she strikes the first key most every time she plays the song that has shaped and informed her life since 9/11.

“If I don’t, and I make eye contact with someone in the audience and see them tear up, I just lose it,’’ Jackson said, emotional herself during a recent afternoon interview at her home near Lake Jeanette.

In 2001, the noted Triad singer-songwriter and performer had already established herself with a big hit single when Reba McEntire recorded Jackson’s “Take It Back” in 1992 — a song that climbed high on Billboard charts.

Jackson, now 66, was living in the Bethany community in Rockingham County in 2001 and commuting once a month to Nashville to collaborate with other songwriters and pitch her music to top artists, she said.

It was in the days just after terrorists killed thousands by crashing commercial planes into targets such as the World Trade Center and Pentagon, that Jackson sat in the basement apartment of her Nashville condo and felt a song come forth.

Writing the piece was a catharsis, she said, prompted in part by a Sunday morning church service she attended in Music City where Vietnam veterans were honored, she said.

“Those veterans said it was the first time they had ever felt appreciated. And it just broke my heart. And I remember how poorly some of them were treated when they came back,” she said. “So that started me on the song. I was primed.’’

Jackson found the lyrics, a bittersweet chord progression, and penned “Little Did She Know (She Kissed a Hero)’’ on that Sunday afternoon. And little did Jackson know the song would serve as a musical balm to millions of listeners grappling with loss, fear and searching for peace in the wake of the unmatched national tragedy.

After Greensboro’s Jack Murphy debuted the song on his syndicated morning show on WKZL (107.5 FM), “Little Did She Know’’ made its way to the deejay booths of major New York City radio stations and became the No. 1 requested song in the Big Apple.

From there, the plaintive piece, which tells the story of a wife’s routine as she bids her husband goodbye the morning of the attacks, gained traction in music markets across the nation and globe.

“The weekend I wrote it was the weekend they started broadcasting Flight 93’s phone calls — people calling from the phone to their loved ones,’’ Jackson said. “And I just kept thinking: this is the way (former husband) Jeff and I started every day ... with a ‘See you later’ and a kiss goodbye, never thinking for a moment the day could be anything other than ordinary. And these couples thought that, but it was a day that was absolutely extraordinary.’’

United Airlines Flight 93 was hijiacked by four al-Qaida terrorists on 9/11. Passengers and crew members, including Greensboro flight attendant Sandy Bradshaw, tried to regain control of the plane that crashed in Somerset County, Pennsylvania.

Touched by Jackson’s song, fans from across the world mailed her more than 5,000 letters of thanks, in fact. Correspondence came from first responders, widows, widowers, teachers and children. And a stream of invitations came to perform her song in New York, New Jersey and on television for CBS’ “The Early Morning Show.’’

Jackson, a quick-talking, easy smiling woman, tosses her head way back for the gutsy laughs that punctuate her conversations these days. She’s a serious artist who knows how to dig deep for emotional songs, but she also has a keen sense of fun.

Through her music, Jackson’s taken on a stewardship of the survivors of 9/11. That dedication over the past two decades saw her direct about $30,000 in royalties and proceeds garnered by her song to 9/11 charities.

On Thursday, Jackson brought her tribute to the heroes and survivors of 9/11 to life at the maple baby grand in her sun-bathed living room.

She also reflected on the 20 years since writing the song she says helped her heal right along with the nation.

The light caught a brass key Jackson wears around her neck. She pressed it to her heart.

“This is one of the keys to the World Trade Center,” she said. “One of the Port Authority police officers saw me play and said: ‘You’re the one who wrote the song, and I said, ‘Yes sir, I am.’ And he said, ‘I want you to have this.’ He put it in my hand and I just bawled. I wore it every day for 10 years. He calls me every anniversary. After 10 years, I thought, OK, I can take it off. But with this anniversary coming up, it’s going back on.’’

It went kinda “radio viral” before “viral” was even a word. After we pressed that single, we ended up selling “Little Did She Know” in every state and in 17 countries. So it was nuts, absolutely nuts.’

What’s it like to give such a gift of yourself musically and emotionally to such a large number of people? How does it effect you?

I cried a lot. I did cry a lot, I’ll cry now. It was such a part of me. It was really hard to separate it. I made a lot of sweet friends and got to hear stories I would rather not have heard. from people who were there. Because they had witnessed jumpers and all the horrific things you heard about. I still to this day cannot watch any of the (9/11) documentaries. And I can’t watch the movies or anything regarding 9/11 or Flight 93. I just can’t do it.’

I just fall apart. You think, get it together, it’s been 20 years. But it’s so deep inside, this lyric. I feel like I’m a much stronger lyricist than I am a musician because if I can get into the singer’s heart or ... the character. I can write that lyric, and that’s when the empathy comes.’

Have the relationships built through the song enriched your life?

Absolutely. Like I was talking to a buddy from Australia this morning ... who said, ‘I was just thinking about you.’ And I’ve got three or four firefighters that I hear from every (9/11) anniversary. To the point that if I don’t, I start worrying about them.’

Does the song get played often these days?

For a handful of stations, they’ll play it again. I was hoping I’d be in New York maybe (for the anniversary). But what I found out from a friend is that (anniversary event organizers) want patriotic songs. They want regal songs. They don’t want something that will make them feel. And it was too sad a song. Sadly, I get that. I understand that. People want to move forward. It’s too intimate, it’s too personal and it’s just too sad. And I get that now.’

You did some emotional heavy lifting with the song. What has your songwriting been like since?

I didn’t write anything for at least a year because I kept comparing everything to “Little Did She Know,’’ and everything sounded so trivial. The first thing I wrote after (it) was “One Way to Love,” and it was right after we had invaded Iraq. It was a song about two mothers who had sons in the Army — one Iraqi, one American. And so I felt that was worthy of being written. But it took a long time.

I got it in my head that people’s expectations of me couldn’t be light. Now, I can write silly songs, I can write goofy songs, and I can write serious songs. It doesn’t always have to be a heartbreaker or an emotional train wreck. Getting older has taught me a lot. When I used to start getting sad or depressed, I’d run from that emotion. I’d start cleaning house ... I’d doing anything to stay busy and distract myself. And now, when I find myself going towards that dark side, I go and sit in it because that’s when a song is coming. It never fails. If there’s something to say or something to feel, I just need to feel it. Only wisdom taught me that. I think it scared me so much when I was young… I didn’t wanna be sad. But you know what? You’re sad, and don’t freak out about it. You come out the other side. You absolutely do.

Experiencing sadness is very much a part of my process that I’m not afraid of dark places anymore. It’s usually a song coming.

It’s completely different every time. Sometimes the music comes and I’ll go, oooh, I love that chord progression. I’ll figure out a way to write from it. Those songs are usually more contrived, though. But if a lyric comes, the whole song will come.

Tell me about the 2008 recording of “Little Did She Know” by Patti Page.

It’s so cool. I have no idea how that happened. I said, Grammy Award-winning Patti Page is recording my song? That’s so cool.

You’ve been working on songs during the pandemic. What are their themes?

The first one was called “Together Apart’’ and it’s just about what we’ve been asked to do, which is not to get together a lot. I wrote another song on the mandola, it’s like a tenor mandolin my husband gave me. I thought, well I’m stuck here and it’s about damn time I learned how to play it. And I wrote “Put Our Hearts Together.’’

The song, inspired by Jackson’s reunion with an old band mate with conservative political views, implores folks to seek common ground, drop defenses and unite in kindness. It’s Jackson back at the work she does best, tugging at the heart to unite people:

“Put our hearts together and not so much our heads, speaking words of kindness before we both forget, let’s take the things in common and talk about them first, and see if we can get this angry dialog reversed.’’

“I realized there’s hope,’’ Jackson said with a smile.

To learn more about Kristy Jackson and her music, visit her at www.kristyjackson.com.

The victim, Angela Williams, was taken to a local trauma care facility and was in serious but stable condition, police said.

Lockdown lifted at McMichael High School, but school still on alert after 'a concerning call'

It is the second time McMichael has heightened security since Sept. 8.

Workers are needed to process online orders including picking, sorting, packing and shipping.

Stoneville man charged with shooting brother in the face

'A lot of greed': In Greensboro, nursing home staffs leave as patients plead for help

One in three U.S. nursing homes has fewer nurses and aides than before the COVID-19 pandemic highlighted the truth of a profit-driven industry…

What The Hay Fest brings autumn fun, food and music to Mayodan

MAYODAN — Mayodan’s annual What The Hay Fest brought out a jubilant crowd on Oct. 9 to historic downtown where families enjoyed a day of music…