DANVILLE, Va. — Enough money is now in place for the riverfront park project, which officials hope to begin building in August.

So far, about $7.5 million has been raised to pay for the bulk of the project, with the city planning to cover the remaining cost.

An initial estimate projected the cost to be about $10.1 million, but that figure from two years ago will likely increase due to inflation.

“We don’t know the exact cost of the park until it’s bid,” said City Manager Ken Larking. “The cost of materials has gone up. Our hope is to build the park we conceptually designed.”

The city of Danville has $4 million on hand to cover remaining costs, including $3.5 million in its general fund and $500,000 from the utility fund, Larking said.

Danville Parks and Recreation Director Bill Sgrinia said the city plans to put the project out for bid early this year and hopes for construction to begin Aug. 1.

“We’re still hoping we’ll get some initial bids out in the first quarter of this year for construction and moving some utilities,” Sgrinia said.

Construction will take 12 to 18 months, depending whether supply chain issues are resolved or mitigated, Sgrinia said. Some materials, including playground equipment, street lighting and other items could be difficult to obtain, he said.

Danville officials hope to build the riverfront park on about 4 acres at Main Street and Memorial Drive between the White Mill site and King Memorial Bridge.

The park would be a regional draw for residents in Southside Virginia and North Carolina, officials say. The project has been in the works for more than five years, and officials began raising funds for it about two years ago.

The city officially launched its fundraising campaign for the project in October 2019, though about $5 million had already been raised by that point — including a $4 million “challenge” grant from the Danville Regional Foundation that will go toward the project under the condition the remainder of the needed funds is raised.

Officials are still taking donations for the project. Most of the money raised so far has come from foundations, as well as corporations and individuals.

“Our local foundations and grants have been very generous in supporting this project,” Sgrinia said.

But the COVID-19 pandemic hampered officials’ ability to seek donations.

“We weren’t able to get out and talk to people face-to-face,” Sgrinia said. “We’ve been doing fundraising and sending letters. It just a matter of getting the information to them and them having an opportunity to respond to us. Fundraising during a pandemic, during this time period, has been a very unique experience.”

So far, conceptual design, surveying of the property’s conditions and geotechnical and geophysical surveying — including looking at soil conditions under the ground and environmental issues — have been done, Sgrinia said.

Permitting applications have been submitted, including one for a “no rise” permit, which indicates the project will not change the river level in any way during flooding, Sgrinia said. The permitting process has also taken time, he said.

Raleigh-based Site Collaborative is the design firm for the project. The scope of the plans for the park has not changed, Sgrinia said.

The park would include a street-level entrance on its southeast side — from Main Street and Memorial Drive — with an “artistic feature” to lure visitors. Those entering the park would then step down to a water feature — an interactive fountain and spray pad.

That area drops down about 10 feet and leads to a circular lawn. An open green space makes up a large portion of the park, which also would feature a staging area that could be used for small performance events. There would be an elevated walkway/viewing pier stretching about 20 to 25 feet above the park and part of the Dan River.

In the northern portion of the park close to the river, the Riverwalk Trail would snake across the park, bordered by green space. The trail would be 20 feet wide. A step-down terrace would lead to the river’s edge.

A small children’s play area would be at the western side of the park.

GREENSBORO — The last leg of the long-planned 49-mile beltway around the city is entering its final year of construction, state transportation…

Pilot Mountain woman gets prison time for role in the Jan. 6 insurrection. Prosecutors: She took along her teen son.

A Pilot Mountain woman who took her 14-year-old son into the U.S. Capitol building on Jan. 6, 2021 was sentenced Friday to three months in fed…

Gambling addict gets 8 years in prison for robbing 19 stores in Virginia and North Carolina, including in Reidsville, Greensboro and Burlington

Omicron blankets region, unvaxxed the sickest, peak a month away

WENTWORTH — Omicron is, for lack of a better word, everywhere, according to state and regional health care experts. 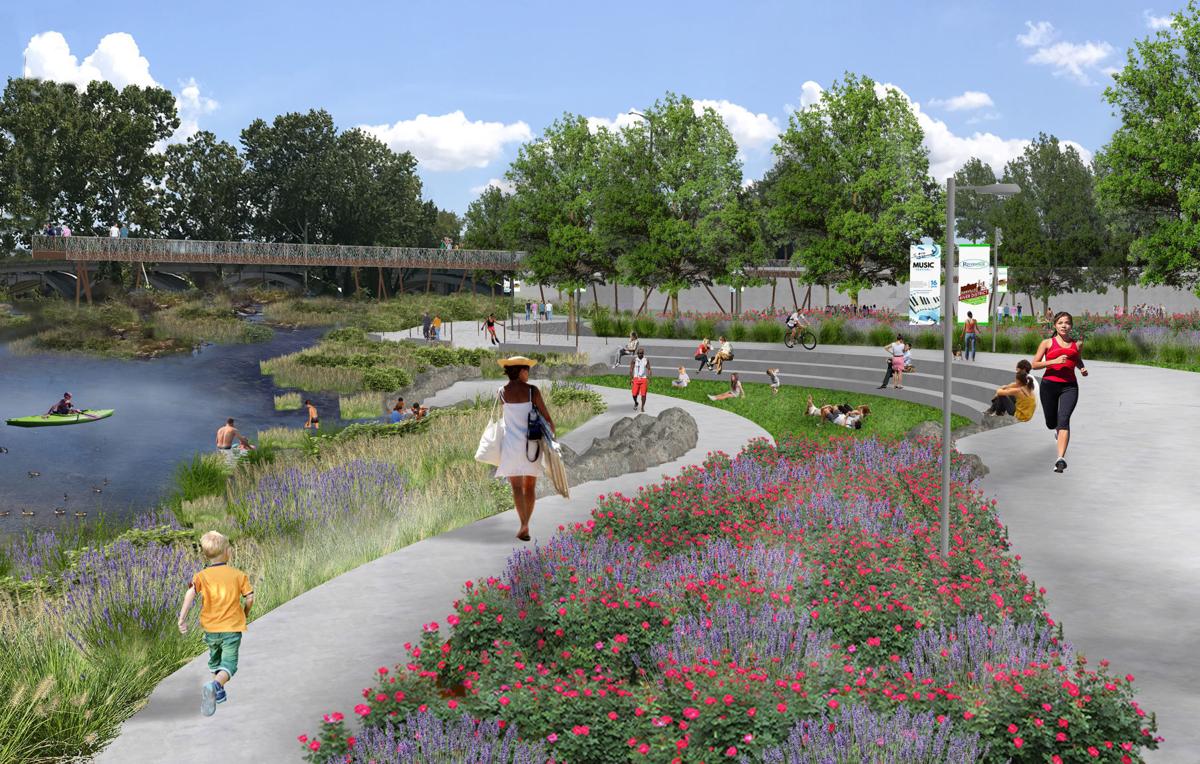 In this artist’s rendering, the northern portion of the proposed riverfront park close to the river, the Riverwalk Trail would snake across the park, bordered by green space. The trail would be 20 feet wide. A step-down terrace would lead to the river’s edge from the trail.

In this artist’s rendering, a proposed riverfront park would feature a staging area that could be used for small performance events.

A playground area for kids is included in plans for a riverfront park in Danville.

About $7.5 million has been raised so far for a riverfront park in Danville. 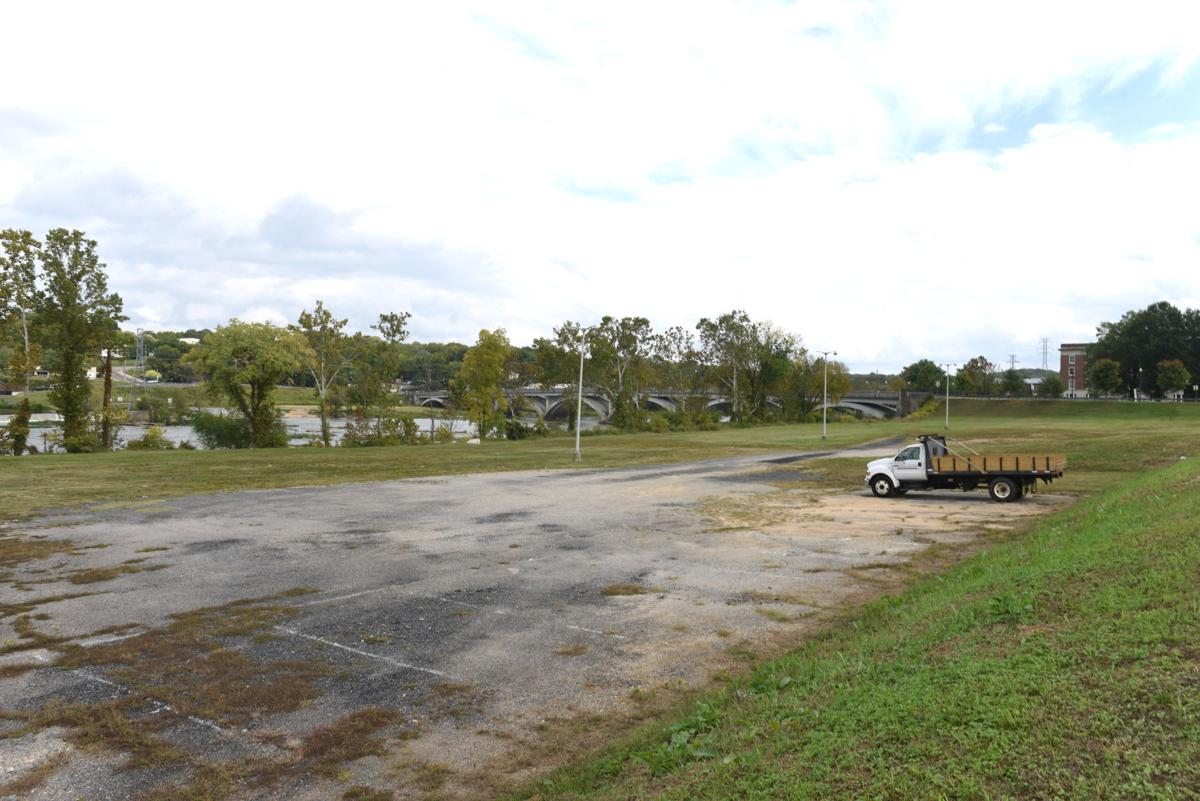 The 4-acre area between King Memorial Bridge and the White Mill building at Main Street and Memorial Drive is the site of a planned riverfront park. Officials plan to seek bids for the project the first quarter of this year and hope to begin construction this summer.