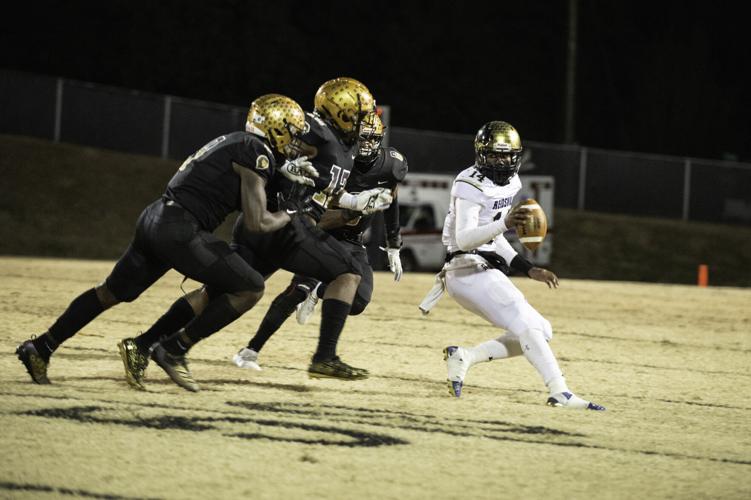 Reidsville quarterback Al Lee faced tough pressure from Shelby in the fourth round of the 2A West NCHSAA football playoffs in 2021, ultimately losing 31-14. Insiders believe that Reidsville and Shelby could once again be on a collision course this season in the playoffs. 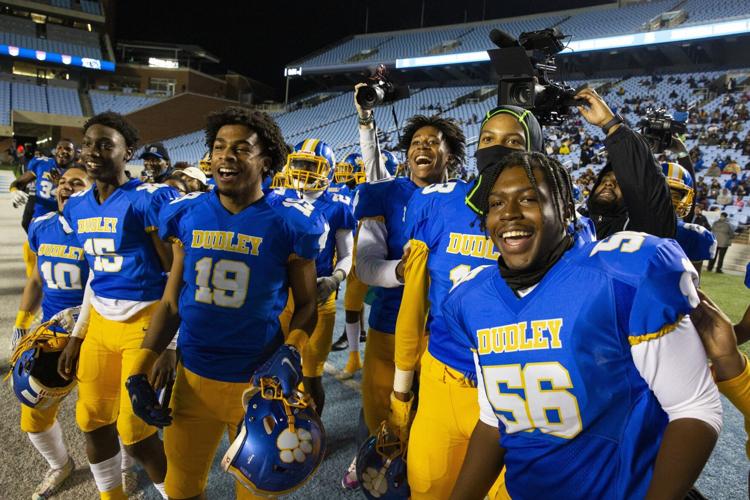 Monday is the first day when area high school football teams can hold official practices as they gear up for their openers Aug. 19. The NCHSAA state champions will be decided Dec. 9-10.

Here are three big questions that will be answered between now and then:

Can Reidsville get past Shelby in the playoffs?

The last round of realignment did the Rams no favors as they found themselves in a Class 2-A that was no longer subdivided and on an annual collision course with Shelby. Both teams will win their respective conferences again, but playing in a weaker Mid-State 2-A costs Reidsville when it comes to strength of schedule and likely means another trip to face the Golden Lions in a West Regional semifinal or final. Shelby has everyone back from an offense that averaged 46.9 points per game, so this might not be the Rams’ year, either, but QB Al Lee and electric WR/KR Que’shyne Flippen are only juniors and give Reidsville reasons to be excited about this season and next.

Can Dudley repeat as state champion?

The Panthers have only won back-to-back titles once (2007-2008 in Class 3-AA), but this year’s team has the talent to make another run at the Class 3-A crown. If Grimsley transfer Andrew Attmore can get comfortable with the offense, he has some weapons in senior ATH R.J. Baker and sophomore WR Nasir Newkirk. Senior DT Logan Wright will anchor a defense that is young, but talented. Eastern Guilford once again should be the only challenger to Dudley’s dominance of the Mid-State 3-A Conference.

Is Grimsley still the team to beat in metro 4-A?

In a word, yes. The Whirlies lost QB Alonza Barnett and RB Jeiel Melton on offense and All-Area linemen Travis Shaw and Tamorye Thompson on defense, but there’s enough talent and experience in the program to claim a fourth straight conference title. Eight experienced linemen return along with a dynamic corps of pass-catchers in WRs Terrell Anderson and Alex Taylor and TE Nolan Albright on offense, and 6-foot-6, 340-pound Georgia commit Jamaal Jarrett anchors a big, athletic defense. Page is improving and Northern Guilford still has QB Jack Mercer and TE Vance Bolyard, but the road to the Metro title still goes through Jamieson Stadium.

Look for videos and photos at HSXtra.com

GREENSBORO, N.C. – Two of the best players in the world, 2019 Open Championship winner Shane Lowry and world No. 21 Sungjae Im, will be back a…

MAYODAN — After one season as the head varsity baseball coach at McMichael High School, Bobby Smith said he is retiring from the game.

EDEN — One of the premiere amateur sports authorities in the state of North Carolina, HighSchoolOT, released their second-annual All-State bas…

WINSTON-SALEM — Wake Forest had the highest-scoring football team in its history last season, but it may be even better this year thanks to th…

The Colonial Athletic Association’s announcement Wednesday that Campbell would become a league member in 2023 adds to its presence in North Carolina.

SPARTANBURG, S.C. — Baker Mayfield developed a reputation in Cleveland as a bit of a gunslinger, willing to make the occasional risky throw do…

Just in time for football practice, which begins next week, coach Robert Massey has filled out his coaching staff.

GREENSBORO — Holding its first practice at the Smith Soccer Complex wasn’t a big deal for the N.C. A&T football team.

What will it take to get Brittney Griner home?

WASHINGTON — Now that WNBA star Brittney Griner has been convicted of drug possession and sentenced to nine years in prison, attention turns t…

Reidsville quarterback Al Lee faced tough pressure from Shelby in the fourth round of the 2A West NCHSAA football playoffs in 2021, ultimately losing 31-14. Insiders believe that Reidsville and Shelby could once again be on a collision course this season in the playoffs.