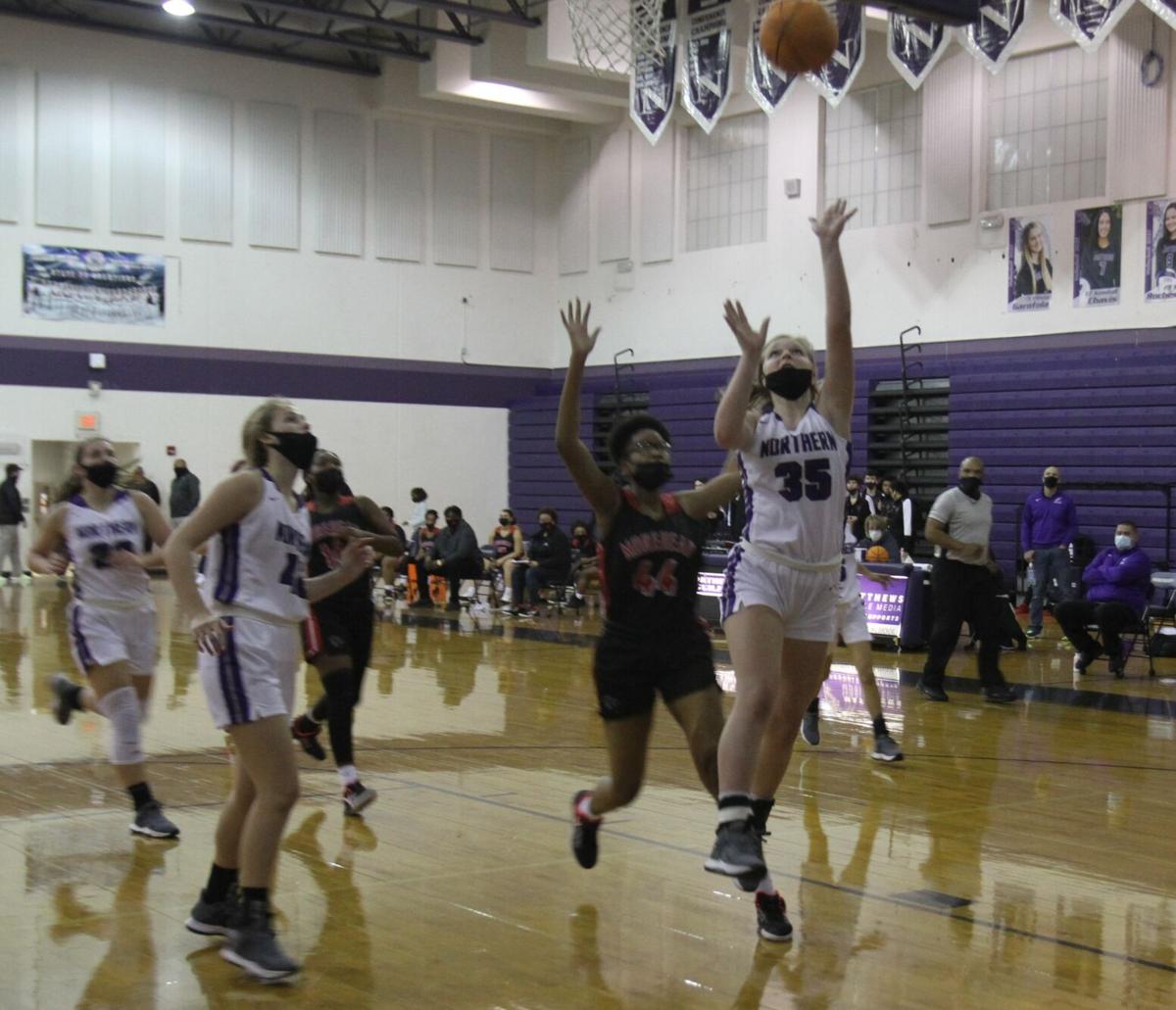 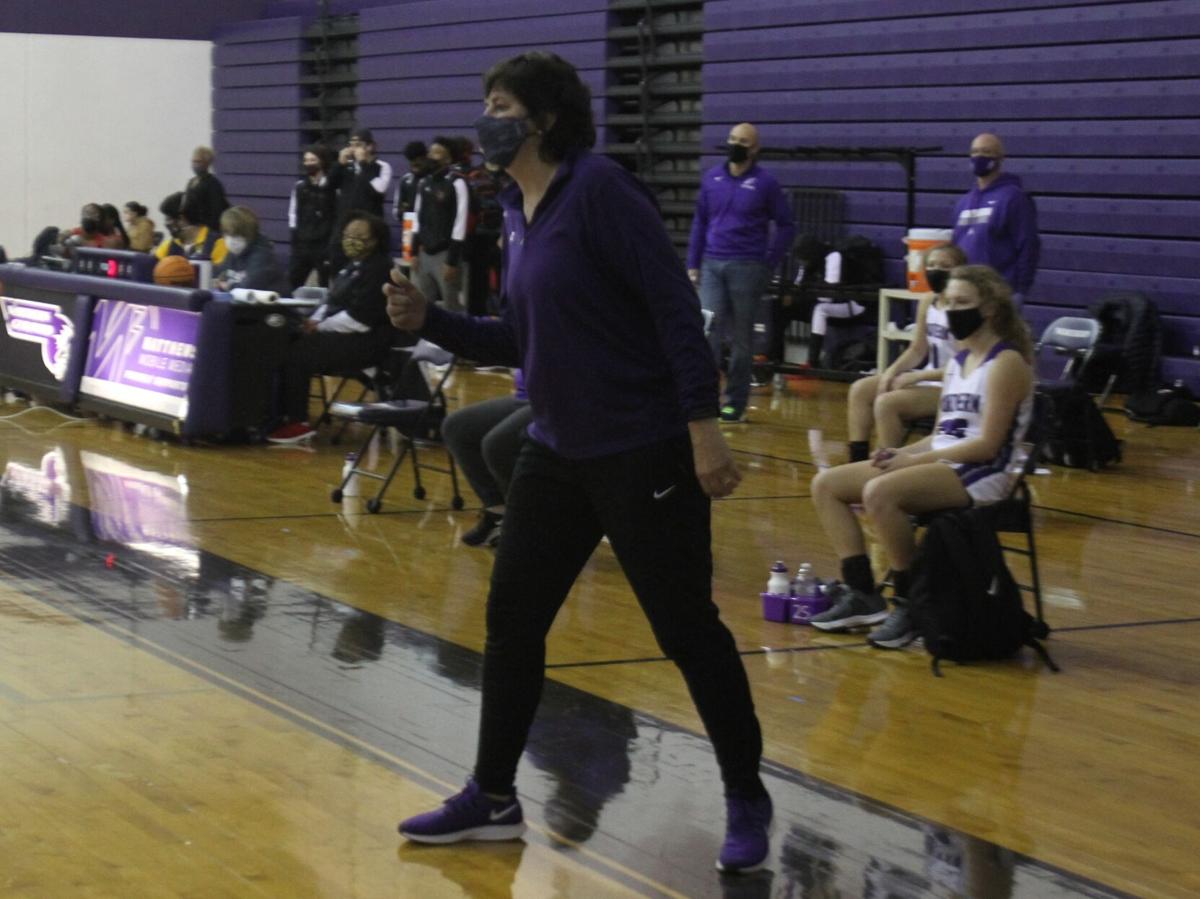 GREENSBORO – Northern Guilford’s win was never in doubt as they rolled past Morehead with a dominant 52-10 Mid-State Conference victory Friday night.

The Lady Nighthawks suffocating pressure defense certainly did their part, creating turnovers, but MHS didn’t help their cause with several other unforced loose balls that ultimately turned into Northern Guilford transition scores on the other end of the floor.

Morehead’s 10 turnovers in the first quarter allowed the Lady Nighthawks to go on a 16-0 run, while MHS couldn’t get much of anything going on offense.

Ultimately, NGHS closed out the opening frame up 16-3.

In the first few minutes of the second quarter, the Lady Panthers defense was better in the early going, but Northern’s pressure defense forced just as many turnovers as in the first period which resulted in more offense. As the half wore down, the Lady Nighthawks forced three-consecutive steals which resulted in points, the last on a buzzer-beating 3-pointer by Jasmine Harris to close out the second period with a dominant 35-3 lead.

That trend continued with NGHS up 50-7 to close out the third quarter. By this time, the 40-point running clock was in effect as Northern Guilford closed out the win.

Harris had a game-high 12, while teammates Taylor Haynes added 9 and Milan Gordon chipped in 8. It was a balanced night across the board for NGHS as 11 players scored.

The two teams will meet up in the second half of the annual round-robin league rivalry on Feb. 15 at 5:30 p.m. in Eden.

When Reidsville and Cummings get together, sparks usually fly on the hardwood, and Tuesday’s game was no exception as the Rams pulled off a 90…

Hot shooting, and a lightning-fast pace, set the tone as Reidsville came away with a 68-50 win over Red Springs in the first round of the 2021…

McMichael knocks off North Lenoir in first round playoff action

Here's a look at county 2A NCHSAA State Basketball Playoff Pairings in first round action tonight:

RALEIGH, N.C. — Republicans in the N.C. State House filed a new bill this week that would require schools to increase the number of spectators…