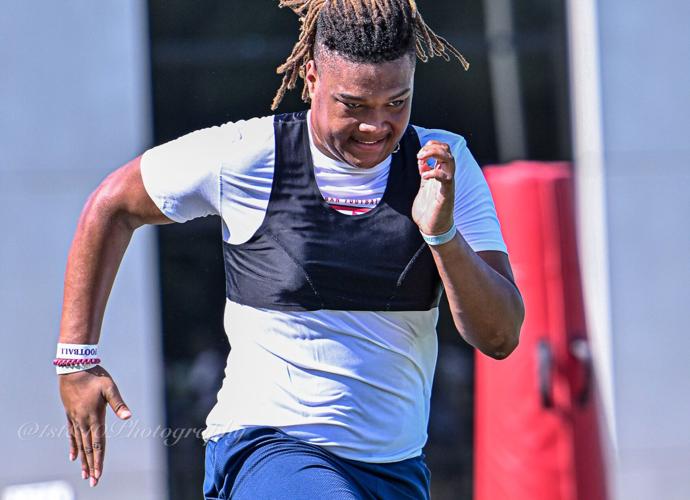 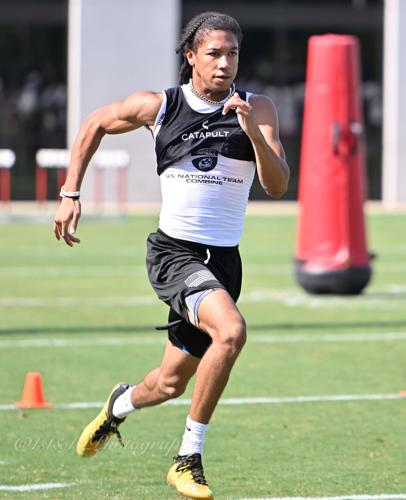 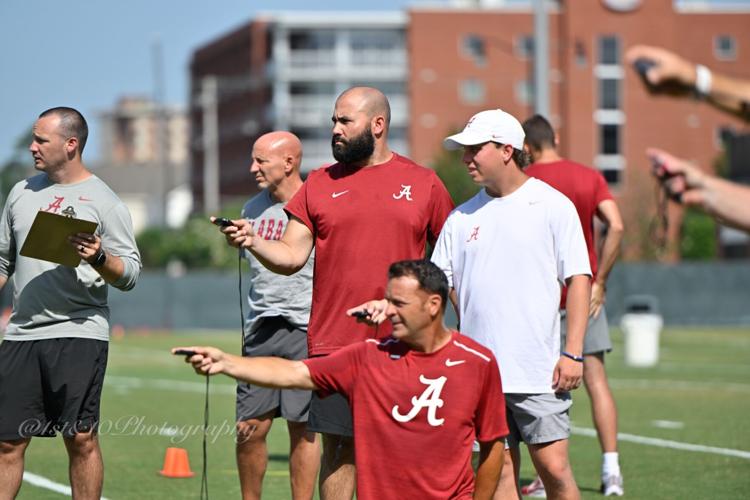 After Flippen’s lightning-fast 40 run, the Alabama football coaching staff watched his every move for the rest of the day on June 18. 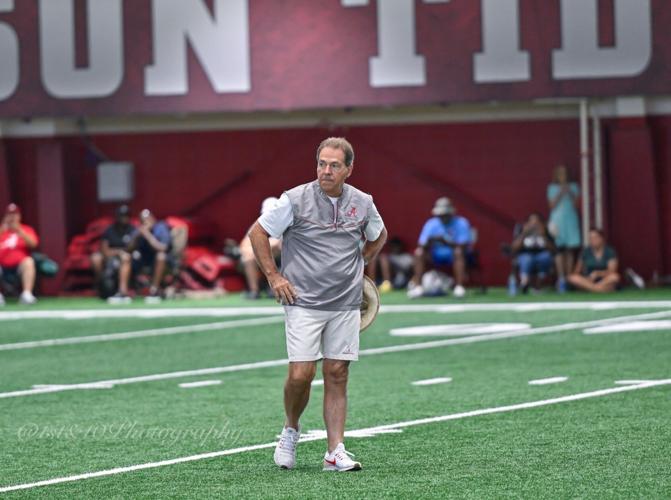 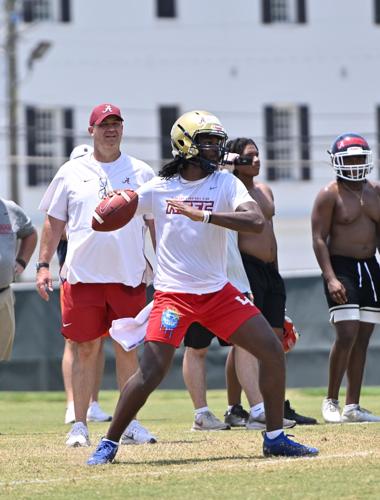 TUSCALOSSA, Ala. — Five Reidsville football players recently took advantage of an opportunity to showcase their skills on the national stage at the University of Alabama’s football camp last weekend.

The invitation-only camp consisted of some of the best four and five star high school athletes from all across the country.

The five players got to strut their collective stuff in front of one of the greatest college coaches in the history of the game in Nick Saban, and that’s an opportunity very few high school players ever get.

The opportunity came about when Paul Setliff, a 1988 graduate of Rockingham County High School, got together with some other fathers and boosters that wanted to give some kids a chance to go to a truly elite camp at a perennial national power program.

The group reached out to Reidsville assistant football coach Doug Marrs, who utilized some of his connections to help secure the Rams players the coveted spots at the Alabama camp.

Marrs, who has been coaching football for 42 years total, 12 at RHS, said he was glad to see the Reidsville players get the chance to compete outside of their comfort zone.

“For the kids to take the initiative to go, it’s a lot for them. Our kids went down and then came back for a 7-on-7 at UNC, so that’s hard work. But they took an interest in doing that, made the commitment and it will only make them better in the long run,” Marrs said.

Setliff who owns and operates Catamount Roofing in Reidsville, is also a top-caliber photographer and a former Senior Account Manager with Keystone marketing for NASCAR. He continues to foster his passion by promoting youth sports in the county and helping the kids participate in events like this once in a lifetime football camp.

“I know a lot of our kids go to camps all over the state of North Carolina, but we’ve never really had the majority of kids go out and see what other types of opportunities are out there to see how they stack up against world-class athletes,” Setliff said. “Most kids aren’t going to get recruited by an Alabama, but it was just a way to gauge themselves against some of the best talent in the country.”

One of the standouts at the camp was Flippen, who has established a reputation as being one of the fastest wide receivers in the region over the last few years. After sensational freshmen and sophomore seasons, Flippen has the potential to basically rewrite several wide receiving records at Reidsville and that’s saying a lot considering former NFL players including Na Brown and Jerome Simpson once honed their skills on the gridiron at RHS in their high school playing days.

“When Flip ran his 40, the coaching staff that was timing him all looked at their watches and you could tell they were impressed, so they asked him to run it again. He ran his second one and hit another great number — and I didn’t get the final number, but it was somewhere around a 4.39 flat. While we were down there, they offered two other receivers scholarships and he might have been a little faster than them and out broad-jumped one of them. That put Flip on their radar, and the rest of the day, they made a point to film him running his routes. Nobody could cover him,” said Setliff.

But it wasn’t just Flippen that made an impact, and all of the other players seemed to realize the sky is the limit if they apply hard work and dedication.

“When we were coming back, a couple of kids asked me ‘how do you think I did?’ I think our kids did fantastic, not knowing what we were going into. Judging against the caliber athletes they were going up against, I thought our kids were toe-for-toe, step-for-step, right there with some of the best athletes in the country,” Setliff said.

Reidsville, which owns a North Carolina record for the most state championships at 22, continually churns out next-level athletes, and Marrs said it is amazing to be a part of it all.

“The fact that Reidsville has been successful for so long and it’s the mentality of next-guy-up and they don’t want to be the one to lose ... It comes down to attitude. I think that is the biggest thing, is that we are going to win because of attitude,” Marrs said.

Reidsville takes down Burns in 2A NCHSAA western region finals

Several Rockingham football players get Mid-State 3A All Conference nod

The Mid-State 1A and 2A Conferences released top league honor-winners last weekend. Below is a complete listing of the awards:

Rockingham girl's continue to shine with pair of victories over Phoenix

REIDSVILLE — Reidsville’s Dionte Neal leads the state with 12 interceptions, three of them returned for touchdowns. He also caught 44 passes f…

MAYODAN — McMichael jumped all over the Cougars coming out of the gate as they closed out a 66-53 win over county rival Rockingham Wednesday night.

EDEN – Sometimes in sports, a player just has one of those in-the-zone nights, one where he feels like he just can’t miss. That was basically …

After Flippen’s lightning-fast 40 run, the Alabama football coaching staff watched his every move for the rest of the day on June 18.