REIDSVILLE — The past few days have seen Tonya Murrell mark big improvements in her health, said friends of the local teacher who survived the July 9 car crash in Browns Summit that left her with life-threatening injuries and claimed the lives of her firefighter husband and two others.

“Tonya sat in a chair today! That’s great news. A machine did all the work for her to get into and out of the chair, but she finally was able to get out of the bed,’’ wrote relative Amanda Price on the CaringBridge social media site where friends and family share updates on Murrell’s health.

“She is trying to speak, but is not easily understood,’’ Price wrote. “Her family can understand when she says, ‘I love you.’’’

Murrell has also begun physical and speech therapies and may be able to move soon to a step-down unit of Moses Cone Memorial Hospital where she is being treated in Greensboro, Price wrote.

Murrell, a teacher at Community Baptist Day School here, and a former Reidsville High School teacher, also devotes her summers to work as a counselor at Mountain Top Christian Camp in Pinnacle, N.C., where campers are following her progress.

To illustrate her improvement this week, friends noted that just over a week ago, Murrell, who suffered breaks to both of her femurs, dislocation of both hips, damage to one arm, injury to her lung, broken ribs and brain bleeds, was reliant on the ventilator for about 40% of her oxygen needs.

On July 20, her 51st birthday, Murrell was able to open her eyes to communicate a hello to her daughter.

By July 24, Murrell was off of the ventilator and had stable vital signs, friends said.

“....she is talking and even laughing a bit but is still very heavily medicated,’’ Price wrote on July 24.

“The people she loves the most have filled her in on the broader details of how and why she got in her current situation,’’ Price wrote. “The meds may preclude her from fully understanding or remembering those details.’’

Price continued: “She has had all the pertinent surgeries, so now we simply wait for her body to heal and for her to regain enough cognitive function to begin her long road of physical therapy.’’

Surgeries included femur repairs, a hip replacement and others to repair and monitor other injuries, friends said.

Murrell’s three children: Lilly, 21, Kathryn, 19, and Levi, 17, have been at Murrell’s bedside at Moses Cone Hospital in Greensboro throughout the ordeal while tasked with the sad responsibility of planning their dad’s funeral.

The service is set for today in Reidsville.

Richard “Rick” Norman Murrell, 58, a Reidsville native and 32-year veteran of the Greensboro Fire Department where he was an engineer, was driving the couple’s Jeep Cherokee south on N.C. 61 during an afternoon rainstorm when the Murrells were struck head on by a 16-year-old driver, Alexio Lattero of Gibsonville.

Lattero, a junior volunteer with Fire District 28 in Gibsonville, was traveling north on the highway that Saturday when he lost control of his 2012 Dodge Charger and struck the Murrells at around 4:50 p.m. near Turner Smith Road in Guilford County, according to the Highway Patrol.

The Charger caught fire, trapping a 15-year-old passenger from Kernersville and Lattero’s sister, Anna Shyann Lattero, 26, of Reidsville. Both died at the scene. Authorities have not released the identity of the teenage passenger.

The State Highway Patrol Crash Reconstruction Unit determined that the primary contributing factor in the crash was exceeding a safe speed for the conditions of the roadway (rainy and wet), a Highway Patrol spokesperson said by email Monday.

Alexio Lattero, whose injuries also were considered life-threatening, was released from Moses Cone Hospital earlier this month and charged with three counts of misdemeanor death by motor vehicle, exceeding a safe speed and driving left of center. He has a valid N.C. Graduated Driver’s License that has a restriction 17 (limited provisional/level 2 license), authorities said.

A spokesperson for the Highway Patrol said Lattero is scheduled to appear in court at 8:30 a.m. Sept. 12 in Greensboro.

A memorial service and celebration of Rick Murrell’s life will be held at 3 p.m. today at Reidsville Christian Church with Dr. Jeff Johnson and Steve Andrews officiating.

In announcing their father’s funeral through Wilkerson Funeral Home, Murrell’s children wrote about how their dad’s love steadied them in their grief:

“When a tragedy such as this happens, people oftentimes will expect you to fall apart. However, the opposite has occurred to us,’’ the children wrote.

“People have instead asked about our strength, courage, and how we as his children have been able to stand with our heads held high in the face of such a traumatic experience. Well, let me tell you about our father, the man who taught us to be strong, Rick Murrell,’’ the trio wrote.

“One of dad’s favorite quotes was, ‘A veteran is someone who wrote a blank check made payable to the United States of America for an amount up to and including their life.’ It originated from his time in the military, but we, as his children, believe it applied to all aspects of our dad’s life. He was and is a hero to us and to most everyone he met. He woke up each morning and chose to live out the words of his favorite quote. He would have gladly laid down his life in service to his country, in service to the fire department, and in service to his family.’’

To keep up with Tonya Murrell’s progress, visit: https://www.caringbridge.org/visit/tonyamurrell.

Greensboro firefighters have also launched a GoFundMe campaign to raise funds for the Murrell family: www.gofundme.com/f/rick-murrell-gfd.

Justin Warren Joyce, 25, and Waylan Ray Tuttle, 18, each face charges of voluntary manslaughter and assault with a deadly weapon with intent to kill in the death of Fuquan Donee Fallen, 33, police said.

MAYODAN — After one season as the head varsity baseball coach at McMichael High School, Bobby Smith said he is retiring from the game. 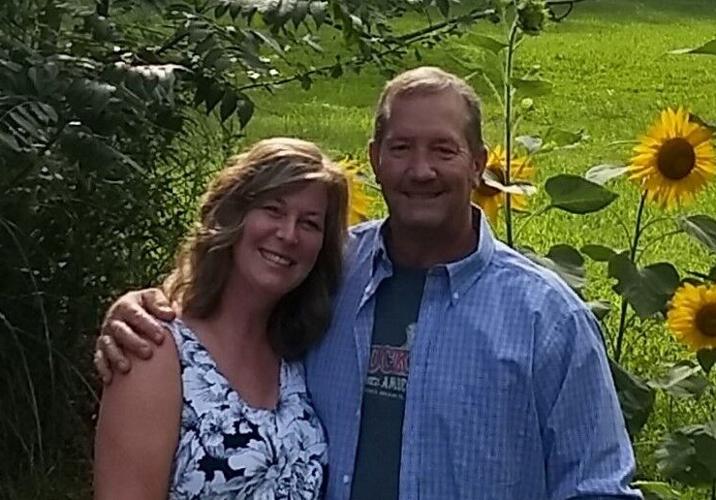 Tonya Murrell, 50, was in critical but stable condition at Moses Cone Hospital, but her medical condition has improved dramatically. Her husband, Rick (right), died in a fiery car crash in Browns Summit recently. 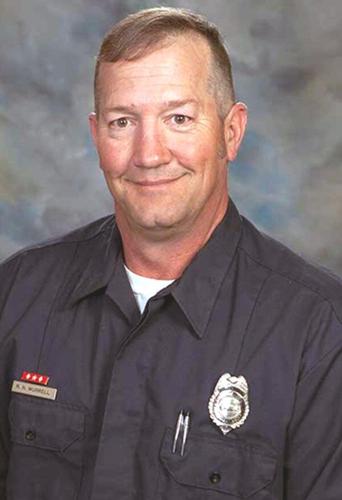