GREENSBORO — The Guilford County Board of Education voted 6-2 on Tuesday night to continue supporting a mandate that requires the wearing of facial coverings in school settings, an issue that has become a flashpoint in districts across North Carolina.

Board members Anita Sharpe and Linda Welborn voted in opposition to the mandate. Deborah Napper was absent.

Guilford County Schools already has a mask requirement in place, but as part of a new state law, school boards are now required to adopt policies on face coverings and vote on them at least once a month.

The district requires masks for all staff, students and visitors while in school buildings and in other school settings as determined by the superintendent.

Guilford County also has its own, broader mask mandate, which requires the wearing of facial coverings in indoor public places, including schools, regardless of what policy is set by the district.

Last school year, school districts carrying out in-person instruction were mandated by the state to require masks for staff and students. In July, Gov. Roy Cooper let that mandate end. Cooper is now recommending, but no longer requiring, that schools mandate the wearing of facial coverings.

Take Back Our Schools — GCS was rallying against the mask mandate. One boy held a sign that said, “I can’t breathe.”

An unaffiliated group gathered nearby, holding signs with messages such as “Teach Children The Truth.” Group members said they wanted to support schools leaders and to call for truthful teaching, especially related to discrimination and inequity.

“We just want more inclusive teaching of history,” said Betsy Harrington, a Greensboro resident. “We are still living with the residue of the past.”

During Tuesday’s meeting, teacher Michael Logan expressed frustration to board members that there wasn’t an opportunity for the public to comment when the mask mandate was first adopted in late July. He said the school board could have been more transparent about its plans.

Dr. Charlene Green, a local anesthesiologist who also spoke during the public comment period, said health care workers continue to care for COVID-19 patients “with the utmost respect” in the midst of an exhausting pandemic.

“We need to really protect our children,” she said.

Sparks fly Tuesday as Eriberto De Santiago welds security bars over a window in a building on Gatewood Avenue in Greensboro.

Sparks fly Tuesday as Eriberto De Santiago welds security bars over a window in a building on Gatewood Avenue in Greensboro.

“What a beautiful difference one single life made!” Sheila Trapp wrote in response to a Facebook post Monday by Shipman’s daughter, Portia.

The funeral is 2 p.m. on Saturday at New Light Missionary Baptist Church in Greensboro. A public viewing will be held from 1 to 2 p.m. for Shipman, a two-time Greensboro NAACP Mother of the Year and also one of the founding members of the International Civil Rights Center & Museum.

“What an incredible legacy,” N.C. Rep. Pricey Harrison of Greensboro added to the thread of folks sending their thoughts to the family.

Gladys Faulks Shipman, president and CEO of Shipman Family Care Home Care Services, also previously served on the city’s Human Relations Commission. As a teenager, she protested the segregated lunch counter at the Woolworth Department Store. Over a lifetime she would work to end discrimination and other inequalities as a trailblazer and pioneer.

A life member with the Lady Sertoma Club and the NAACP, the philanthropist helped organize the first annual Martin Luther King Jr. breakfast and parade. During election years she helped promote the Underground Railroad, a transportation service to the polls. She fought for and financially supported causes that helped people who were struggling and empowered women.

Others continued mourning her Tuesday.

“I’ve gone from (the Greensboro) school board to Congress and Gladys Shipman has been with me every step of the way,” said Congresswoman Alma S. Adams by telephone during a committee meeting break. “She was probably one of the most generous people that I’ve met. I’m going to miss her as a personal friend. I’m going to miss her as a community advocate for everything that is right.”

Adams said that the two often spoke by telephone and when she couldn’t reach her she found out that she had been in the hospital.

“She took me under her wing,” said former state NAACP President Skip Alston, chairman of the Guilford County Board of Commissioners, of his joining the local NAACP in the 1980s. “She believed in training young people to do her job.”

Shipman had grown up in Greensboro and raised her six children in the city’s housing communities.

“She was an incredible woman who, like a lot of us, came up poor and worked her way to being a tremendously successful businesswoman — which says a lot for her determination and will to succeed,” Mayor Pro-Tem Yvonne Johnson said.

The two worked on some of the same issues, including closing the White Street landfill.

As a young mother, Shipman worked as an assistant manager at an apartment complex and part-time at a small agency that provided in-home healthcare aides. When the owner of the business got sick in the mid-80s, he asked Shipman to take over the business. She got a loan from Alston and in three months doubled the clients. She hired people from her community.

“My mom knew the struggle of the people in the community,” said daughter Portia Shipman. “She knew that others were judging people because of their ZIP code and situation, and didn’t like that. When she had a chance to make a difference, she did.”

Shipman Family Care has been recognized as the largest minority-owned home care provider in the state, and has offices in about a dozen counties across the state.

Candidates for various political offices over the years often stopped by Shipman’s office to get her endorsement or to hear what she had to say about issues in the community. As president of the NAACP, she also led the investigation into allegations by black Greensboro police officers years ago that they had been targeted by a covert police intelligence squad.

Shipman is a past recipient of the NC A&T SU Hall of Fame Honorary Award of Excellence, Greensboro Chamber of Commerce Women in Business Award, Civil Rights Advocacy Training Institute Medgar W. Evers Award and the McDonalds African American Achievement Entrepreneur Award. She was also inducted into the Hall of Distinction at James Benson Dudley High School (Class of 1963).

Alston mentioned Shipman giving a second chance to people coming out of prison, by helping them find jobs — or giving them one. She often took homeless people off the street and helped them find housing. Shipman also served as his campaign manager over the years.

“She was a giver,” Alston said, “and that will be her legacy.” 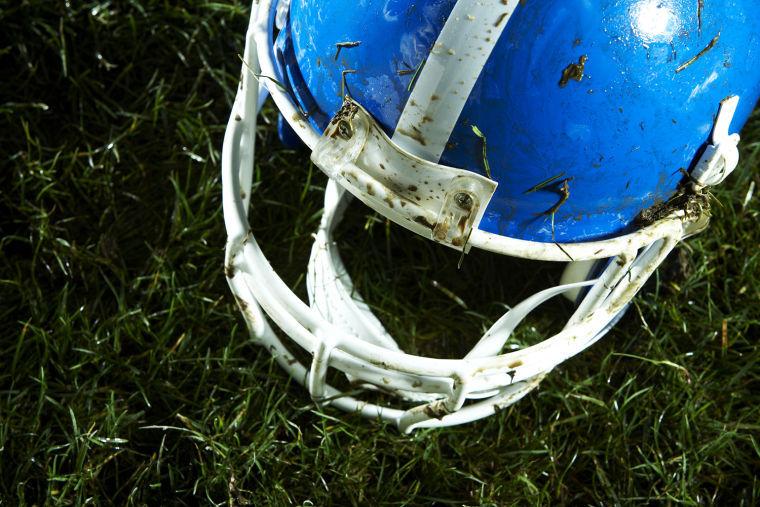 GREENSBORO — Hugh Holston is a newcomer to politics, but in many ways he’s an experienced insider.

And next week, he’ll become the newest member of the City Council.

Holston, who currently serves as chairman of the Planning and Zoning Commission, was unanimously appointed Tuesday by council to fill a seat vacated when at-large Councilwoman Michelle Kennedy resigned in August.

Holston was one of 47 people who applied for the position through a public process. On Tuesday, 20 of those applicants chose to address council for three minutes during a virtual meeting to choose Kennedy’s successor.

In his presentation, Holston spotlighted his service on a wide range of community boards, service to the city and his professional work with Lincoln Financial, AT&T and Wells Fargo.

What could have been an unwieldy process to select Kennedy’s replacement proceeded smoothly Tuesday night as Mayor Nancy Vaughan moved swiftly through the three-minute presentations of all 20.

The highest-profile candidate, former Councilman Mike Barber, led off the speakers in alphabetical order. He was the only person among those who appeared Tuesday to have served on council. His last term ended in 2017 when he was narrowly defeated by Kennedy for the at-large seat.

T. Dianne Bellamy-Small, who is a sitting member of the Guilford County Board of Education and former council member, had applied as a candidate but did not appear Tuesday because of a conflict.

Barber cited his experience and his ability to join council with little on-the-job training. An attorney and leader of a nonprofit, Barber told council members he remains an active community leader and continues relationships with city staff members.

“There will be little to no learning curve and I feel I can be an effective team member immediately,” he said.

Others who appeared before council included two current candidates in the upcoming election: Tracy Furman and Katie Rossabi.

And Hester Petty, who regularly speaks at public forum periods during council meetings, also spoke as an applicant for the seat.

In the end, only two names came up when it was time to nominate and vote on the next council member.

Councilwoman Sharon Hightower first nominated Gerry McCants. McCants, who had spoke earlier to council, touted his experience with minority business causes and community service, including leadership roles at Piedmont Business Capital, former chairman and member of the City of Greensboro MWBE Committee and co-chairman and co-founder of the Greensboro Business League.

But only Hightower and Mayor Pro Tem Yvonne Johnson voted in favor of McCants among eight council members.

With little discussion, council voted unanimously to select him for the seat.

“Wow, I’m so thankful,” Holston said. “I want to thank you for entrusting me with the confidence to serve with you as we set out to ensure that Greensboro is and remains the best place to live.”

Holston will chair the Monday meeting of the Planning and Zoning Commission and will then resign and join City Council on Tuesday, when he will be sworn in at the next meeting.

“So, Mr. Holston, you’ll have a busy week next week,” Vaughan said.

Click and hold your mouse button on the page to select the area you wish to save or print. You can click and drag the clipping box to move it or click and drag in the bottom right corner to resize it. When you're happy with your selection, click the checkmark icon next to the clipping area to continue.