A North Carolina Walgreens mistakenly gave some people a saline injection instead of the COVID-19 vaccine.

Walgreens told Fox 46 Charlotte in a statement Sunday that it recently learned a “limited number” of people at a location in Monroe were affected and that the company has contacted them about the mistake.

The company did not specify how many people were affected or at which store the mix up occurred.

Those who received saline injections were given the COVID-19 vaccine as soon as they were able to return to the pharmacy, Walgreens told WCCB in a statement.

“These patients will later receive their second dose within the appropriate time frame,” the statement to WCCB said.

The company says it had administered more than 8 million doses of the COVID-19 vaccine as of March 31, including 4 million in March alone.

Monroe is in Union County, about 27 miles from Charlotte.

Evangelist Franklin Graham is still catching grief from some of his Facebook followers weeks after saying Jesus would have supported getting a COVID-19 vaccine. 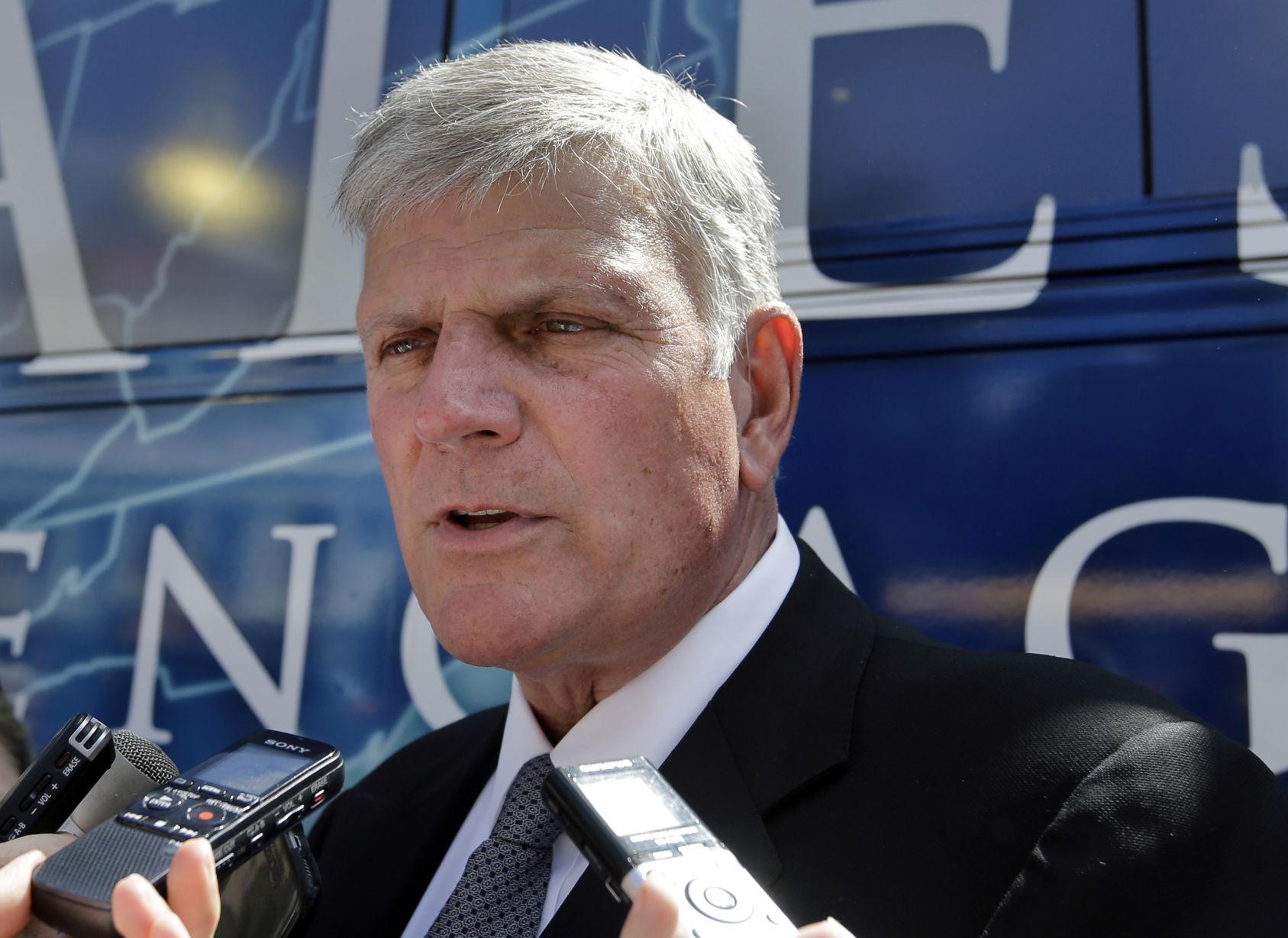 Based on the parable of the Good Samaritan, Graham said he concluded that Jesus would have supported getting all types of vaccines.

He said nobody should have to endure what some of his staff and their family did after contracting the coronavirus.

Some “spent weeks on a ventilator and months hospitalized as a result,” Graham said.

“Vaccines have worked for polio, smallpox, measles, the flu and so many other deadly illnesses — why not for this virus?” Graham posted last month.

“My wife and I have both had the vaccine; and at 68 years old, I want to get as many more miles out of these old bones as possible!”

Some of his followers, however, are still fuming about his COVID vaccine recommendation.

“You my friend Franklin Graham are leading your sheep to slaughter,” a woman posted Friday.

“Satanic sell out,” another woman posted.

“STOP,” said another last week. “It is NOT your job as a pastor to try and talk people into taking a vaccine that is considered experimental.”

“I WILL NOT GET THE VACCINE!!!” yet another woman posted. “God knew when I was conceived when and how I was to die.”

The woman said she’s twice had cancer “and I am still here. I am 77 years old. My God is good.”

“God gave us a blessing and that blessing is the vaccine,” a woman posted.

To anti-vaxxers, a man said somewhat angrily: “I hope you hydrate well and get plenty of rest the natural way if you get COVID and thus not clog up our hospitals.”

Another woman skirted the debate, asking instead: “Why would Jesus need a vaccine? Really.”

GREENSBORO — After her sprint across the finish line of the Pig Pounder 5K on Sunday, kidney donor and Allen Jay Elementary School principal Carla Flores-Ballesteros was glowing.

Both are educators and Brown is the spouse of Flores-Ballesteros's friend and school district colleague Patrice Brown, the principal of Western Guilford Middle School.

On Sunday they and their spouses and other family and friends participated together in the 5K event.

They wanted to raise awareness about organ donation for everyone, but also especially for people of color. Brown is Black and Flores-Ballesteros is Hispanic.

Organizers of the race helped them out. Anyone who registered for the Pig Pounder event was given the option to donate money to support organ donation as part of the online registration process. They also sold T-shirts designed by Flores-Ballesteros' husband Jorge Ballesteros.

And representatives from Wake Forest Baptist Health and Carolina Donor Services were there to answer questions and hand out pamphlets about living and deceased organ donation.

Carrie Simpkins, transplant administrator with Wake Forest Baptist Health, said that anyone can speak with them anonymously to explore becoming a living organ donor. If there's a specific person you are considering donating to, she said, they don't have to know you are looking into it before you've made up your mind.

Simpkins said she would love more invitations to events like this one to help spread the word.

Both kidney donors and recipients go through surgery, but life and recovery afterward looks different.

But being a transplant recipient isn't quite as simple as just feeling better and never worrying about your kidneys again.

Brown has to safeguard his health through diet and exercise and take a series of new medications, including medicine that suppresses his immune system to keep it from attacking his new kidney.

He and his wife are both vaccinated against COVID-19, but he's still working virtually at his job as an assistant principal for the Chapel Hill-Carrboro City Schools as a precaution.

Though they are now fewer and further between than right after his surgery, Brown's post-surgery life still involves regular checkups with his doctor to make sure his body isn't rejecting the organ. And he has to keep tabs on his mental health, ensuring he is focused on staying healthy.

For Flores-Ballesteros, life after surgery has meant her body getting used to having only one kidney. Her energy level, she said, dropped noticeably after the surgery, but it has been rising ever since. She said on the Friday before the race that her energy level was about 90 percent of what it used to be. She expects to recover fully.

Before the surgery, Flores-Ballesteros enjoyed running and since then she's slowly eased back into it. She did the Pig Pounder on Sunday with a combination of running and walking.

Brown, who had never participated in a 5K before, walked the race with his wife, after a moment or two of jogging with Flores-Ballesteros at the start of the race.

Flores-Ballesteros cheered for them as they crossed the finish line and put Brown's race participant medal around his neck. Then the families posed together, grinning, for photos.

Brown said the hills of the course were a little exhausting, "but we got through it."

"Well worth the effort," he said.

Here's a few different places to look for information and options to explore kidney donation.

Sign up to be an organ donor at www.donatelifenc.org/register/new