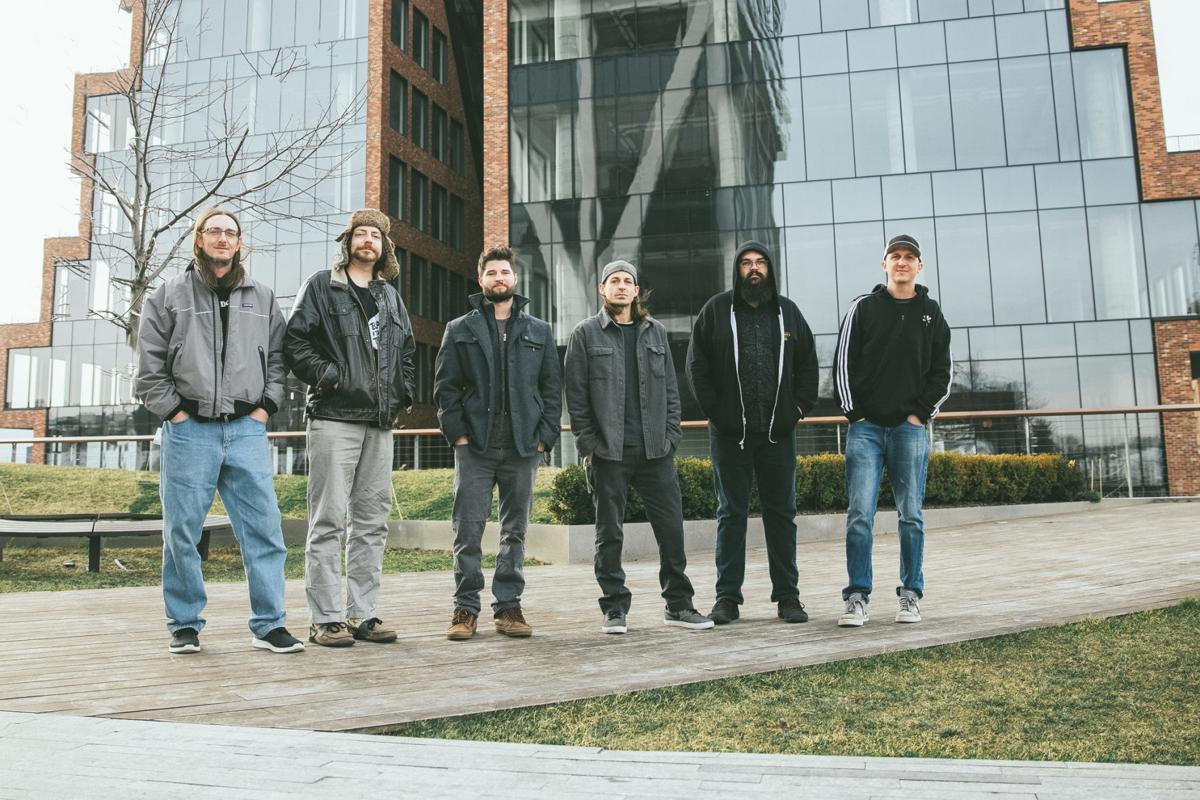 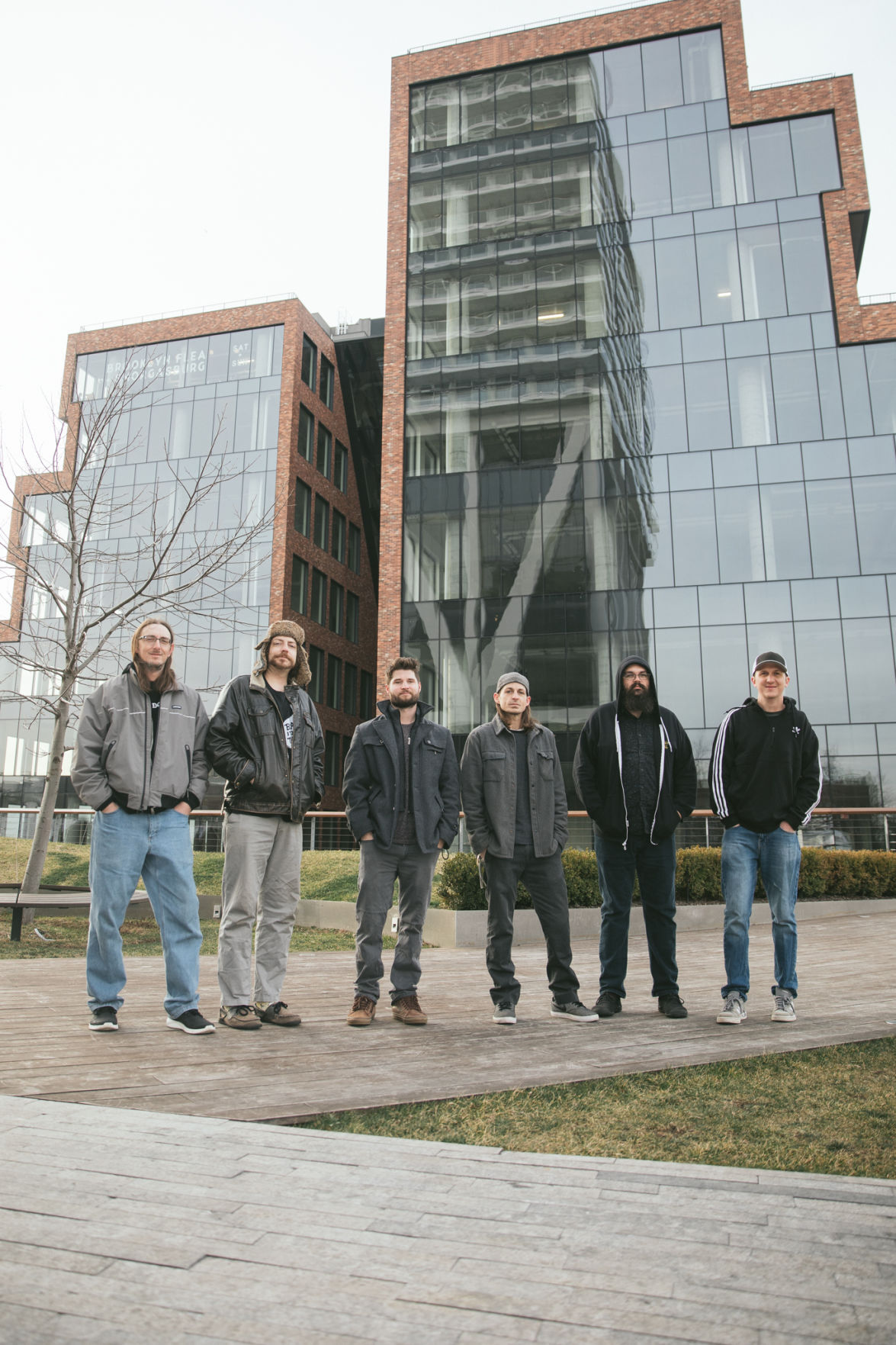 Before they were something big, they were anonymous. The Burlington-based sextet now playing as Big Something rose from the ranks of a college party band known as Anonymous.

Nick MacDaniels (lead vocals, guitar), Josh Kagel (trumpet, keyboard) and Ben Vinograd (drummer) came down from the Maryland-Washington area to go to school at Elon University and started playing together. Jesse Hensley (lead guitarist) and Doug Marshall (bassist) are from Alamance County and Casey Cranford (saxophone) is from Greensboro.

The sound is from all over as well. A new single, “Timebomb,” from the band’s soon to be released album “Eclipse,” is a mashup of influences from old-school funkateers and rockers. You can hear Prince, the JB’s, The Meters, Parliament-Funkadelic, and even a smidgen of Earth Wind and Fire embedded in the framework.

“Those are all huge influences for all of us,” Hensley says. “Genrewise, we all come from such different backgrounds musically. That’s the beauty of the band, that we all have that kind of interplay off one another. That’s what we get off on, being able to shove all that stuff together, have it sound good and feel good about it.”

Hensley grew up in Burlington around gospel, folk, country and bluegrass. “Music’s always been around,” he says. His dad, who still plays Dobro in area bands, always had guitars and mandolins and a banjo or two lying around. “I remember waking up on Sunday mornings getting ready to go to church and my sister singing in the choir and my dad playing guitar at the church.”

Hensley picked up one of the guitars and began asking his dad how to play a particular chord or passage. As he got older, his father took him along on trips to the local vintage music store, Shomaker Guitars on South Main Street in Burlington, a haven for guitar aficionados for the past 30 years.

“We used to go get a haircut on Saturday mornings, go eat hot dogs at Zack’s, spend the rest of the afternoon talking to Kim (Shomaker), the shop owner,” Henley remembers. Shomaker started showing Hensley guitar licks that broke him away from the traditional bluegrass acoustic sound and sent him into more psychedelic territory with Jimi Hendrix and Pink Floyd. “I still work for Kim some doing repair work on guitars when I’m home. It’s still like getting a lesson,” he Hensley says.

Although he does guitar repair and retooling, he doesn’t consider himself a luthier. “My brain has always been kind of an enginoodle kind of brain. Engineering has always been something I’ve been really interested in.” His love of math and science drove him to investigate the intricacies of electric guitar innards, attending a local tech school studying schematics and wiring. “I learned a lot of really cool things about electricity that I would have never known.”

He credits Shomaker as helping him focus on his instrument, not only knowing how to play it but knowing how to repair it when it broke. He says that has saved him tons of money since the band formed in 2009. Despite his claims to non-luthierism, he does admit that most of the guitars he owns and plays are parted together with his own hands.

The current pandemic has been a challenge to showing off his handiwork, but he and the band remain upbeat.

“We’ve been working really hard and staying positive, staying focused on the music and how we can do things without touring and being apart for so long,” he says. “Not being in the van with the fellas is kinda tough because those are your rocks. They’re the ones turning you on to new music and keeping you focused.”

To keep their focus, the band has been doing some livestreaming, two or three members getting together at MacDaniels’ house and putting out some tunes on Facebook. The band has plans to go into the studio soon and to do some livestreams as a full band.

“It’ll be like the couch tour 2020 kind of thing,” Hensley says. “I’m really excited about that. I’m ready to make some noise.”

The group’s annual festival throwdown, The Big What, now in its ninth year and scheduled for Shakori Hills in August, was canceled this year because of the pandemic. The roots of the festival go back to before the name change while the band was still Anonymous. They used to throw a small farm party near Eden, but it kept growing as the band invited more and more musical friends and colleagues to join.

“It’s more about having everybody we love and have been on tour with throughout a year,” he says. “We can bring those bands in and showcase them and their music and share it with the people closest to us.” It won’t happen this year, but Hensley vows it will return. “When everything opens back up, we’re going to pick up where we left off, keep moving forward with that, too.”

For now, there’s more stuck-at-home music to come, along with a message.

“I want people to hear our music and have a positive feeling,” Hensley says. “Music is supposed to be something that brings us altogether and also teaches you tolerance, teaches you how to live your life better. Those are the things I really hope people get out of our music.”