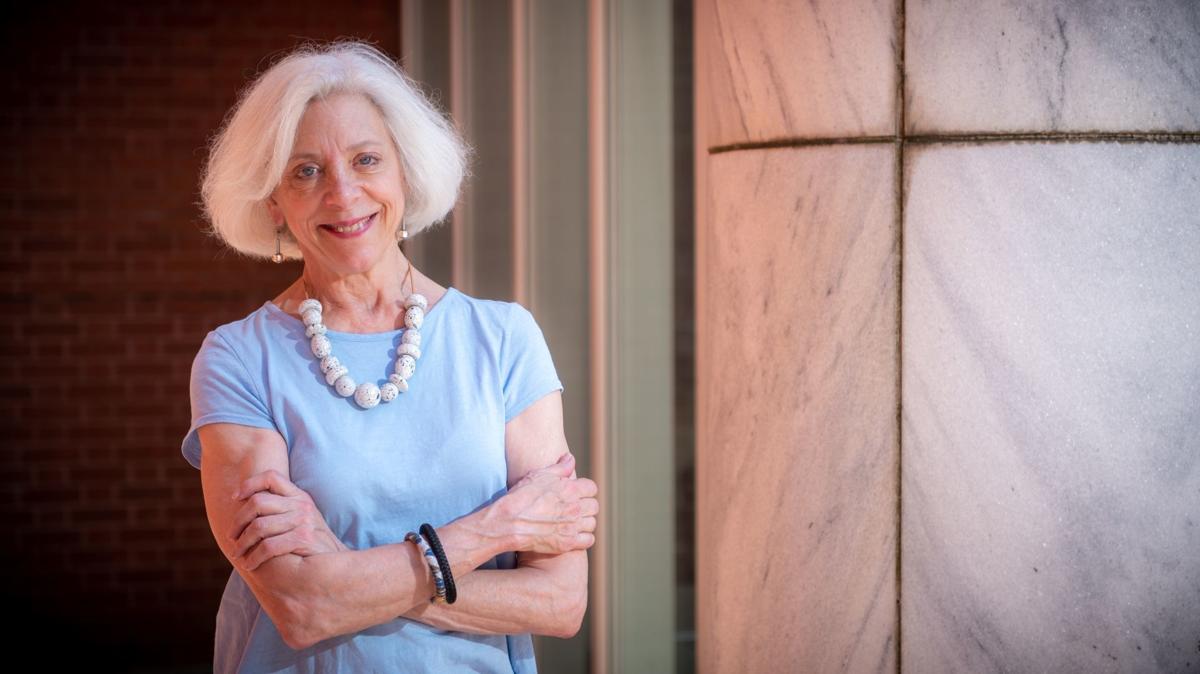 Nancy Doll, the retiring director of UNCG’s Weatherspoon Art Museum, led the charge to diversify collections, exhibitions and programs to include more artists of color and women. 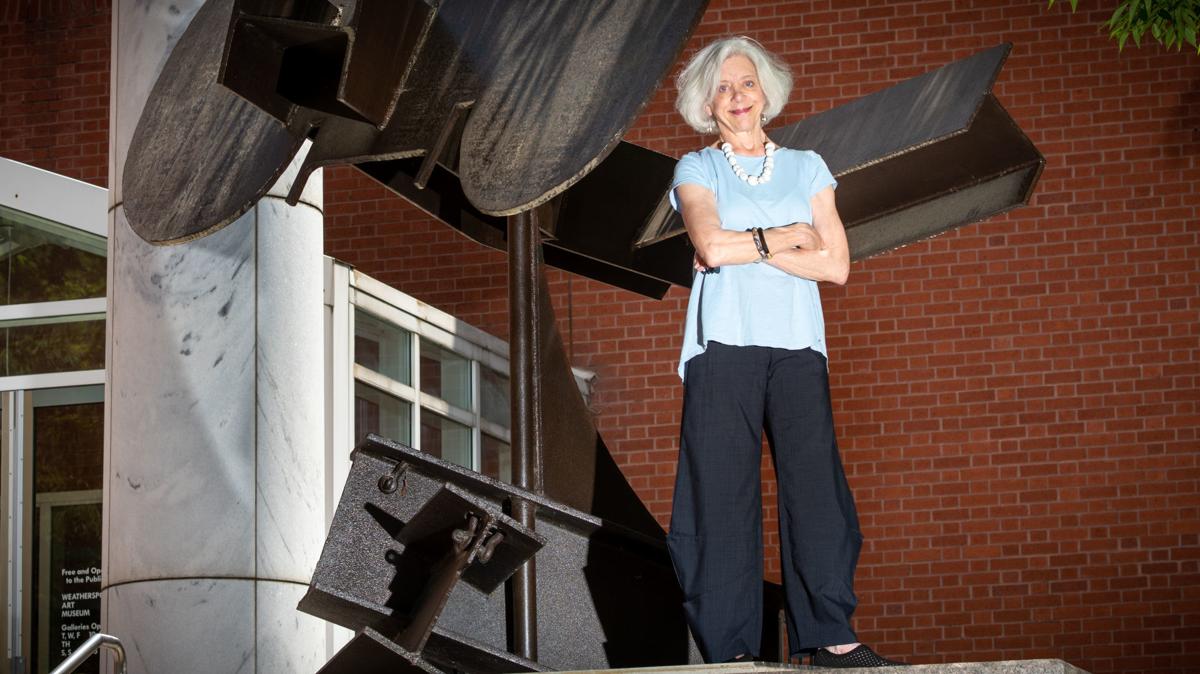 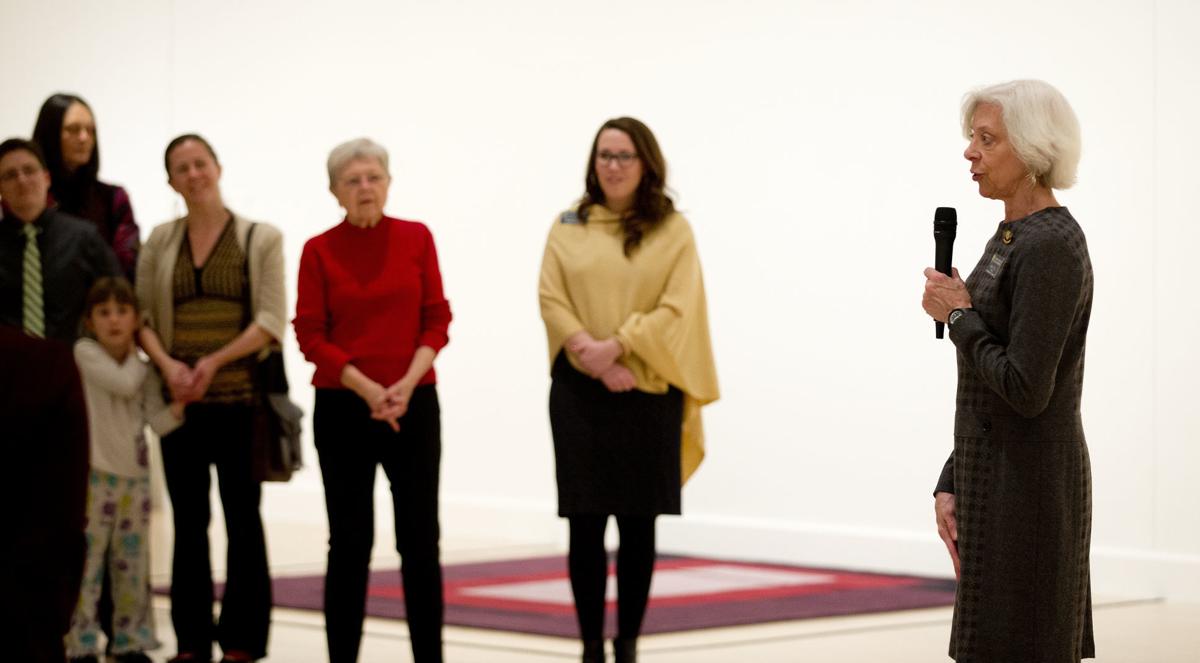 GREENSBORO — Nancy Doll couldn’t have imagined that her art museum leadership would end this way.

UNCG’s Weatherspoon Art Museum, which she has directed for 22 years, has been closed since March 18 by the coronavirus pandemic.

So Doll has been working from home, holding staff meetings via video-conferencing. Instead of visiting the museum, fans view its exhibitions and collection online at weatherspoonart.org.

Doll didn’t anticipate how her work would change just months after UNCG announced in November that she would retire July 31.

The university is expected to reopen Aug. 10. That means that the Weatherspoon might not reopen before she departs.

“It’s a very bizarre time to be retiring,” Doll said.

The typical retirement party is out. So Doll’s UNCG colleagues and friends plan unconventional celebrations that maintain social distancing.

At 4 p.m. Saturday, they will hold a drive-by parade at the Spring Garden Street entrance of the Weatherspoon.

They encourage paraders to decorate their cars, bring noisemakers, honk and call out best wishes to Doll, who will stand in front of the Weatherspoon on Spring Garden Street near Tate Street.

On Tuesday, Weatherspoon friends gathered on Zoom to listen as Ron Platt, the museum’s former curator of exhibitions, interviewed Doll.

All week, they shared their memories on social media using the hashtag #ThankYouNancy22.

It all honors Doll’s accomplishments at the Weatherspoon, a museum housing a permanent collection about 6,500 works of contemporary and modern art.

“Her work and successes have added immeasurably to the arts landscape of Greensboro,” said Lynn Wooten, former board president.

Doll appreciates the celebrations and the praise.

But she says it’s time for a change. Although she declines to reveal her age, “Twenty-two years was a long time,” she said.

Doll said she will miss seeing her staff of 12 full-time and two part-timers, board members, docents and patrons as frequently.

And no longer will she be able to take a quick break from administrative work by wandering into a gallery to admire the art.

Founded in 1941 by Gregory Ivy, first head of the Art Department at Woman’s College (now UNCG), the Weatherspoon has grown from a university teaching gallery to a fully professional museum nationally recognized for its collections and exhibitions.

From its inception, the museum has focused on building a permanent collection of modern and contemporary art, now considered one of the best in the Southeast.

Its collection is known globally, indicated by the growing number of loan requests it receives from major museums.

Other highlights include the Dillard Collection of Art on Paper, the Etta and Claribel Cone Collection, and the Lenoir C. Wright Collection of Japanese Prints.

Its crown jewel: Willem de Kooning’s “Woman” painting, although Doll points out that it was acquired in 1954, well before her arrival.

The painting is now in storage.

“It would be nice to leave her up all the time, but it cramps the style of other collection exhibitions,” Doll said with a chuckle.

She also has raised money from individuals, corporations and foundations to advance the museum’s work.

Doll arrived at the Weatherspoon in August 1998 from Santa Barbara, Calif., where she was executive director of the Santa Barbara Contemporary Arts Forum.

The Weatherspoon attendeance was much smaller than it is now.

Working with the curatorial staff, Doll led the charge to diversify collections, exhibitions and programs to include more artists of color and women.

With that diversification, the audience diversified, too. Non-student attendance has grown steadily, reaching more than 38,000 annual visitors who view the art for free.

“I am proud of that fact that we have been able to engage a more diverse audience,” she said. “That’s good for both the campus and community.”

She has seen similar trends among museums in general.

“I have seen museums become much more engaged with their communities — more socially and culturally responsible, more diverse not only in their offerings but across the board in staffing, and more responsible to both their parent institutions if they happen to be a university art museum, and to the communities that they reside in,” she said.

Doll’s work and influence has extended well beyond the walls of the current building that opened in 1989.

She’s become a familiar, artistically-dressed presence in the local arts scene. She has served on boards that include the Downtown Greenway, Elsewhere living museum and artist residency and the Public Art Endowment of the Community Foundation of Greater Greensboro.

So how did Doll end up as a museum administrator?

She thought about being an artist, until a trip to Europe during her last semester.

There, she was hooked by viewing such works as Sandro Botticelli’s famous paintings at the Uffizi Gallery in Florence, crucifixes by Giotto and Cimabue, and Rembrandt’s painting “The Night Watch.”

“I always loved art history, but seeing the work in person made a huge difference,” she said. When she returned to graduate work at the University of Iowa, she switches her studies from studio art to art history.

Before arriving at the Weatherspoon, she served as curator of 20th century art at the Santa Barbara Museum of Art, director of Gallery Eleven and curator of the University Art Collection at Tufts University in Massachusetts, and director of the Thorne-Sagendorph Art Gallery at Keene State College in New Hampshire.

Upon arriving in Greensboro, she took a drive on Elm Street downtown. “There was wonderful architecture down there,” she said. “But it was so deserted.”

She learned a lot during that first year at the Weatherspoon, she said. The curators had taken other jobs, and Doll had to hire more and plan an exhibition for the large McDowell Gallery.

So she invited guest curators from Los Angeles, Houston and Miami to select five artists whose work they admired. “People really loved it,” Doll said.

Doll is proud that, over the years, the Weatherspoon has shown the early work of several artists whose prominence has grown since.

The city’s arts scene has become more active, too. Downtown buildings have been revitalized.

“And I think more artists have stayed here.”

Artist and patron Beatrice Schall is among those who praise Doll.

Schall belongs to the museum’s Contemporary Collectors Group, which meets with Weatherspoon speakers and travels within the state and internationally to see art.

Doll’s friendships in the art world have given the group access to private collections, Schall said.

Lynn Wooten said he became involved with the Weatherspoon when Doll asked him to help shape an event. He went on to serve on its board and as board president.

“Her inviting me into the Weatherspoon really led me to see things around me differently — to stop, look, ponder and appreciate things visually,” Wooten said. “And that really has been a life-changing gift.”

During August, the shoes will be filled temporarily by Ann Grimaldi, museum education curator.

Then on Sept. 1, Juliette Bianco will take Doll’s place.

Bianco is deputy director of Hood Museum of Art at Dartmouth College in New Hampshire, where she has worked since 1998.

In her current role, which she has held since 2013, Bianco runs the Hood’s operations and oversaw a $50 million museum renovation and expansion.

Weatherspoon visitors will see more changes because of COVID-19 when the museum reopens.

“A lot of people in the field are talking about, ‘What will a post-COVID museum be like?’ ” Doll said. “Most people agree they will continue to do more online programming and strive to make that as accessible as possible.”

Although admission will remain free, visitors will be scheduled to arrive at specific times. The number of people in each gallery will be limited. They will go through galleries in a particular direction, and remain six feet apart.

The exhibition “To The Hoop,” which explores basketball’s intersection with contemporary art and culture, has been extended through November. The Cone Legacy Show will remain through August.

Doll, meanwhile, has plans for her retirement.

She hopes to return to traveling after the pandemic. Japan and India are on her want-to-see list.

She has plans for an exhibition or two that she would likely propose elsewhere.

She’s writing a catalog essay for an exhibition by California artist and friend Marie Schoeff.

Doll also has an idea for a book.

But she isn’t sharing details.

Where: Along Spring Garden Street near Tate Street, in front of the Weatherspoon. Decorate your car, bring your noisemakers, drive-by, and cheer for Doll.

Movies in a Minute: “The United States vs. Billie Holiday”

Video games are now the best place for live music

Video games are now the best place for live music

Meet Shadow, a wolf pup with a ferocious appetite at the San Diego Zoo

Meet Shadow, a wolf pup with a ferocious appetite at the San Diego Zoo

UNCG's Weatherspoon Art Museum will reopen to the public on Saturday, after Gov. Roy Cooper moved the state into Phase 2.5 of reopening from the COVID-19 onslaught.

Nancy Doll, the retiring director of UNCG’s Weatherspoon Art Museum, led the charge to diversify collections, exhibitions and programs to include more artists of color and women.