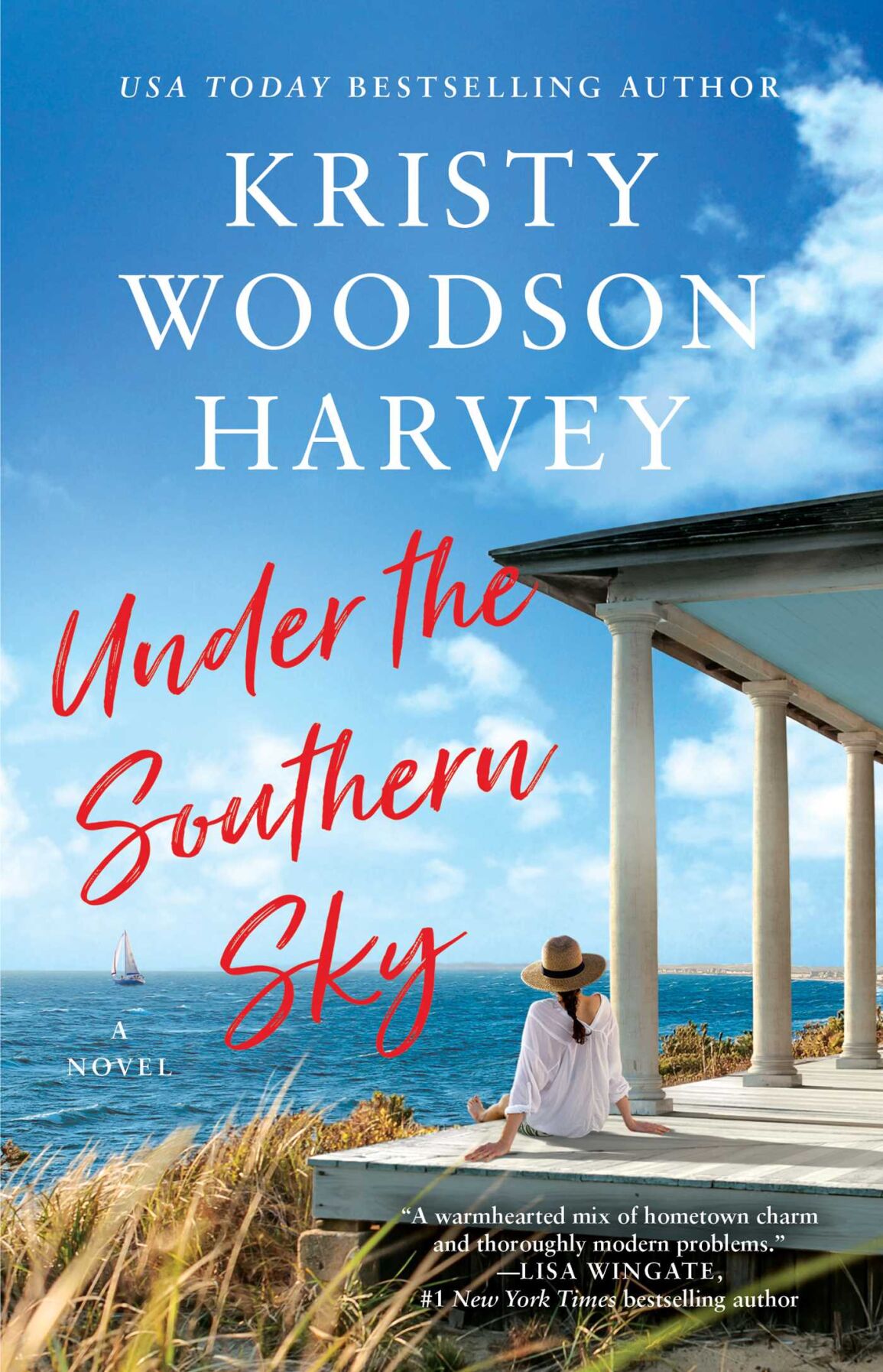 Put “Under the Southern Sky,” the latest novel by North Carolina’s rising star Kristy Woodson Harvey, on your reading list, right at the top.

Over the last several years, with stand-alone novels and her Peachtree Bluff trilogy, Harvey has become a regular on bestseller lists and a favorite of readers who enjoy contemporary Southern fiction. Her books are primarily aimed at women — women who want a good story that doesn’t insult their intelligence or gloss over the reality of their complex lives.

With “Under the Southern Sky,” she has another winner.

Like last year’s novel, “Feels Like Falling,” this one is set primarily in Cape Carolina, a small coastal town that’s a lot like Beaufort, where Harvey and her family now live.

But first, the story opens in Palm Beach, Fla., where two people who grew up as childhood friends in Cape Carolina are now pursuing separate lives. Amelia Buxton has been pursuing her dream of success as an investigative journalist and building a life that includes a fulfilling marriage with no room for children — a good thing, since Amelia learned when she was a teenager that she was infertile.

Amelia’s world is turned upside down when she discovers that her husband has been cheating on her in an unexpected way that she believes gives her no choice but divorce.

Parker Thaysden, the once-annoying neighbor kid, is now a wealthy executive in the media empire owned by his late wife’s father. Parker hasn’t been able to recover from the devastating death of his beloved wife, Greer, three years earlier from ovarian cancer.

While researching what she hopes will be a major story, Amelia discovers that embryos belonging to Parker and Greer have been declared “abandoned” by a Palm Beach fertility clinic. Reluctantly, she decides that she should make sure Parker knows about the embryos.

As if she didn’t have enough to deal with, Amelia gets another major blow when she returns to Palm Beach from the quick trip she made home to Cape Carolina after the discovery about her husband. The magazine job she’s devoted her adult life to, her dream job, is gone, victim of an acquisition by McCann Media, where Parker works. She heads for a new start in New York.

The story moves from Palm Beach to New York and back, but its heart is always in Cape Carolina, where family and history draw both Parker and Amelia. Amelia’s parents and her Aunt Tilley, who has at best a fleeting grip on reality, still live in her mother and aunt’s family home, a historic but crumbling house they no longer can afford to keep up. Parker’s mother is Amelia’s mother’s neighbor, best friend and co-conspirator.

One of Harvey’s trademarks is making deft use of multiple points of view. This time, she moves seamlessly among Amelia, Parker, Parker’s late wife Greer (through her journals) and occasionally Amelia’s mother.

The story develops naturally, gripping the reader more and more as Amelia and Parker tentatively find comfort and strength in each other — even as they seem bent on pursuing different goals.

Before the story’s over, more than one secret is revealed, and Amelia and Parker both learn a lot about themselves and about what matters in life. Love and family, they come to understand, don’t have to follow someone else’s pattern.

Harvey’s stories are always entertaining and captivating, with believable and sympathetic characters. One of the qualities that makes her books stand out is sheer writing talent. A Phi Beta Kappa journalism graduate of the UNC-Chapel Hill, Harvey knows what she’s doing, and her fiction isn’t marred by the overwriting or careless details so common today. She’s a pro, with good stories told well.

Author among those participating in upcoming Greensboro Bound festival

John Hart, the author of six New York Times bestsellers, will be among those participating in the upcoming Greensboro Bound festival, which is…

Leaf through the pages of 9 nature-themed books

Spring has sprung, and people are tuning in to nature. Here are some books to up your knowledge of birds, bugs, plants and other life.

Review: Lives brought to the brink in new book

In Gale Massey’s new short story collection, characters are balanced on the edge: on the rim of the Grand Canyon, on a diving board above a po…

Yes, lots of comics were racist. A new generation of Black artists is reinventing them

Manuel and Geiszel Godoy are military veterans, and they believe deeply in social justice. But above all, they are entrepreneurs who saw an underdeveloped sector in their industry and dove in. "We have to show that we can pull a Tyler Perry as a community," Manuel Godoy, president of Black Sands Entertainment, says in a recent video interview. "The idea is that the bigger the company gets, the ...

Head for the beach with Mary Kay Andrews’ ‘The Newcomer’

"The Newcomer" by Mary Kay Andrews; St. Martin’s Press (448 pages, $28.99) ——— On the rare occasions that I’m driving on the Pinellas barrier islands and spot an OG beach motel — those low-slung, cozy, pastel-painted relics tucked in among the towering condos and raucous bars — I feel a little warm tug of nostalgia for the funky, friendly places I remember. Mary Kay Andrews’ imagination works ...

Want to teach your dog to talk? Speech pathologist Christina Hunger can show you how.

Over a year into the pandemic, your bookshelves may be so crowded with books that you can’t imagine adding another. But a 3-year-old dog named Stella will have you rethinking that. Not familiar with the brown pup with a white belly, a mix of Catahoula and Australian cattle dog? She’s quite the social media sensation, with 788,000 followers on Instagram, 101,000 followers on YouTube and 28,000 ...

This week's bestsellers from Publishers Weekly

This week’s bestsellers from Publishers Weekly

"Finding the Mother Tree" by Suzanne Simard; Alfred A. Knopf (368 pages, $28.95) ——— Episodes of the cult television series "Twin Peaks" (1990-91) featured monologues with the enigmatic Log Lady, played to deadpan perfection by actress Catherine Coulson. She would cradle a cut of Ponderosa pine like a baby, channeling its koans. As a forester, biologist and ecological activist, Suzanne Simard ...

W.W. Norton will take Blake Bailey books out of print