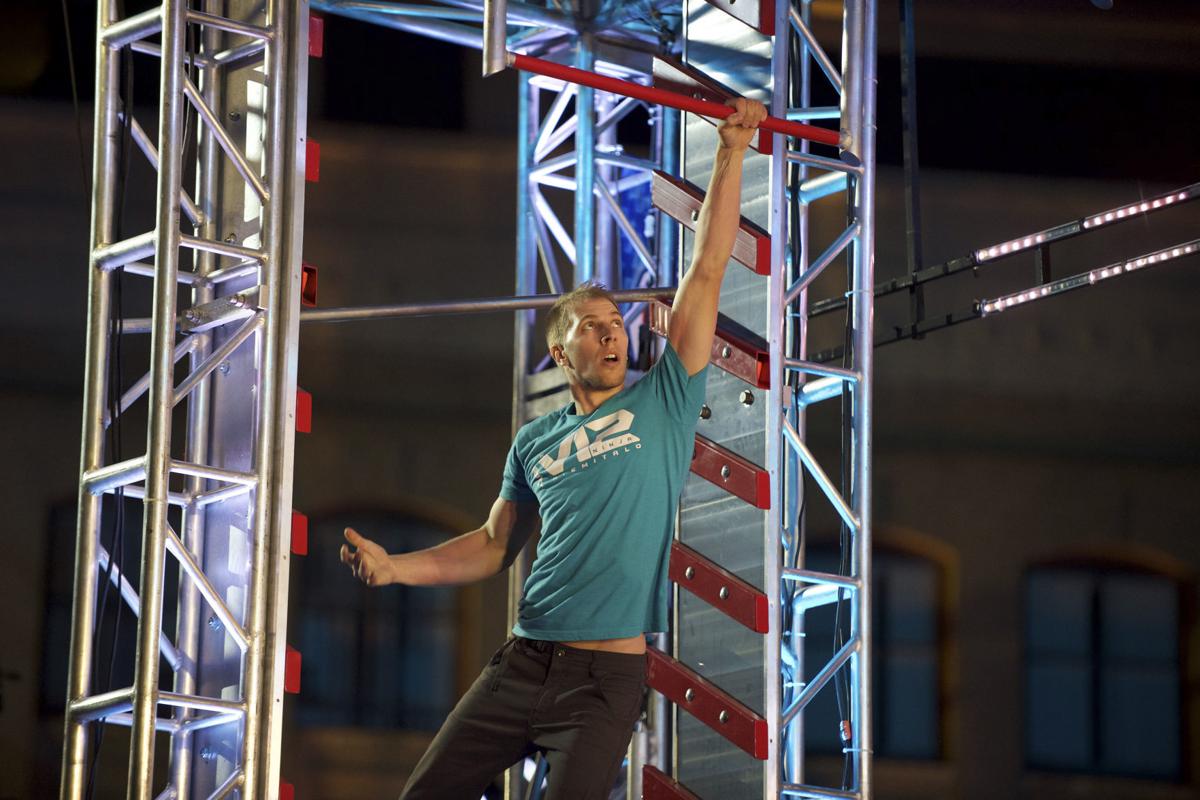 Kenny Niemitalo of Trinity during the “San Antonio Finals of “American Ninja Warrior.” 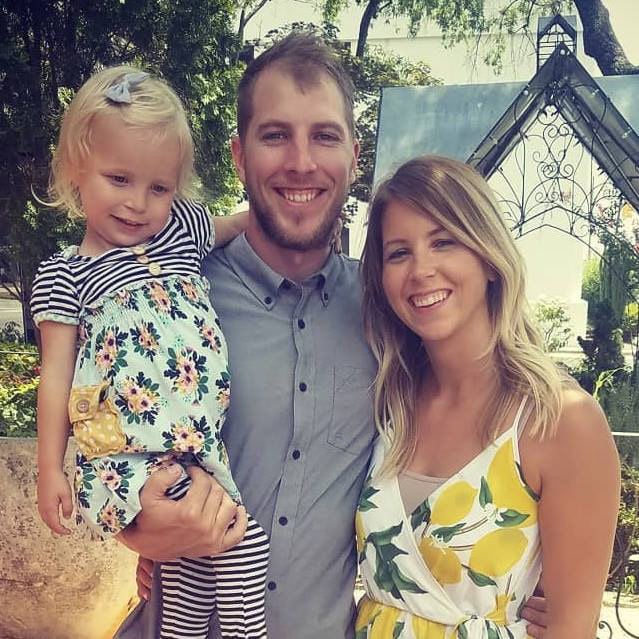 “American Ninja Warrior” contestant Kenny Niemitalo with his daughter, Hazel, and wife, Maria. Hazel received a kidney transplant from one of the show’s viewers in late 2016. 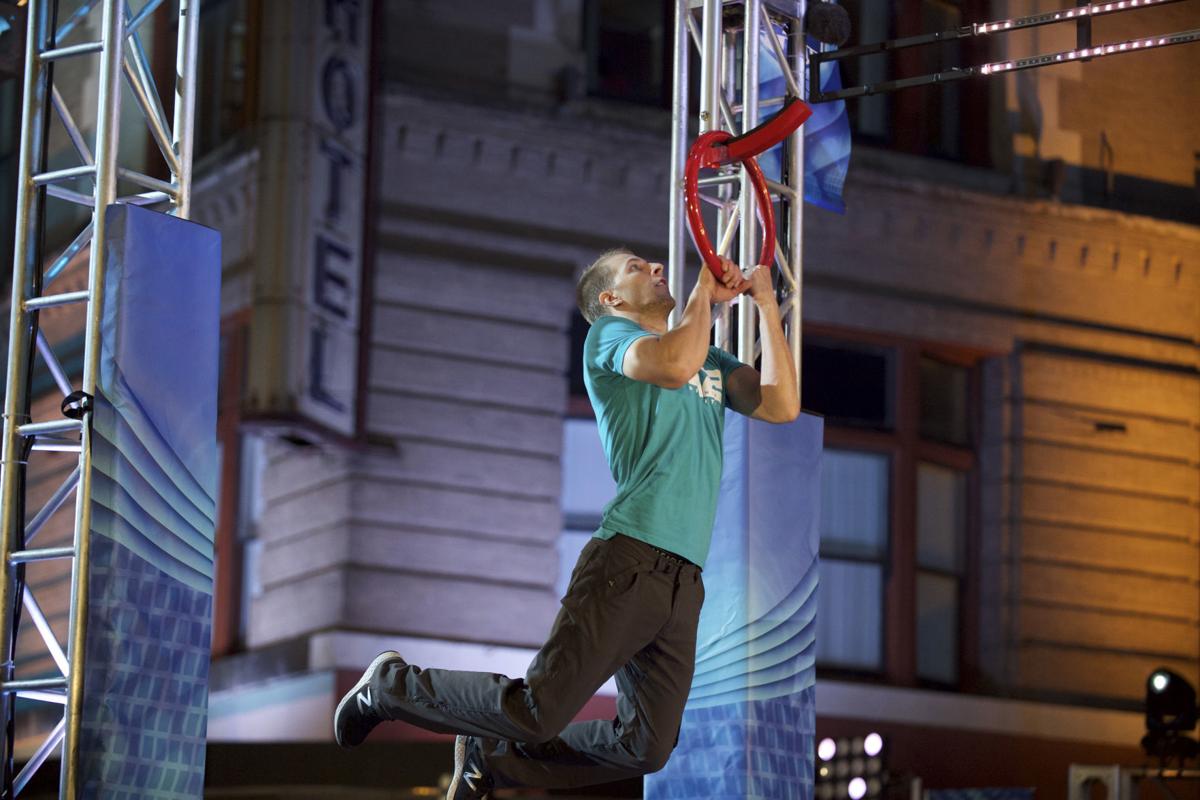 Kenny Niemitalo of Trinity during the "San Antonio Finals of "American Ninja Warrior."

Whatever happens on tonight’s “American Ninja Warrior,” Kenny Niemitalo of Trinity is already a winner.

And he hopes two Triad teens will be, too.

When Niemitalo appeared on the show in 2016, his infant daughter had lived most of her life in the hospital and desperately needed a kidney transplant.

“Because my story was shared on ‘American Ninja Warrior,’ someone watching the show stepped up and donated her kidney to my daughter, Hazel,” Niemitalo says in a clip from Monday’s Miami City Finals episode.

The transplant took place on Dec. 20, 2016, at Wake Forest Baptist in Winston-Salem.

“It’s hard to comprehend because we didn’t know her from Adam,” Maria Niemitalo, Hazel’s mom, told Wake Forest Baptist Healthwire. “She was a complete stranger who wanted to help.”

Today, Hazel is 3 and “doing great considering everything that she’s been through the past couple years,” her dad said. “She takes medications multiple times a day for the rest of her life and goes to get blood work done every couple weeks.”

“So many people are intrigued that Hazel has had a transplant and has so much life and is so smart,” Kenny Niemitalo said. “They are also curious to know that we can live a great life with one kidney and that being a kidney donor is a possibility for most of the world.”

The family stays in touch with Hazel’s kidney donor — Amy Schlee from Oneonta, N.Y. You’ll see her on tonight’s episode, too.

The Niemitalos have visited Schlee in New York, and “Amy has been able to make it on ANW set with us the last couple seasons,” Kenny Niemitalo said.

“It makes me feel wonderful — not just for Hazel, but for Maria and Kenny, as well,” Schlee told the High Point Enterprise in 2017. “Their life was wherever Hazel was, so not only is Hazel out of the hospital and able to enjoy life and run around outside like she likes to do; they can enjoy their life now, too. I’m so glad I could help, and I love to see Hazel flourishing.”

Now Kenny Niemitalo, who works at American Concrete Construction in Trinity, wants to “pay it forward.” He hopes his appearance on tonight’s show will help two other Triad kids — 14-year-old Deelard Lawrence and 13-year-old Liza Foster —get new kidneys, too.

“It is really a gift from God to have met Kenny and his family and that he is sharing Liza’s story on the show,” said Betsy Foster, Liza’s mom. “To have someone so invested in helping Liza and other children like her means the world to us.”

In a clip from the Miami competition, Niemitalo wears a T-shirt announcing “I need a kidney” with Deelard’s photo on it.

Why does Niemitalo come back season after season for “American Ninja Warrior”?

“I’m good at obstacles, and even though I don’t enjoy performing on stage,” he said, “I couldn’t pass up such a big platform to help share these kids’ need of a kidney transplant and educate the world on being living donors.”

Tonight: Miami City Finals. Jessie Graff and Drew Drechsel lead a group of 30 competitors who advanced from the qualifying round and will face up to 10 obstacles including the new “Crazy Clocks.” The ninjas will vie for a chance to advance to the national finals in Las Vegas and an opportunity to win $1,000,000.

Want to donate a kidney?

Britney Spears slams documentaries about her life as 'hypocritical'

Britney Spears slams documentaries about her life as 'hypocritical'

A Kidney and American Ninja Warrior, The Answer to a Trinity Family’s Prayers

Kenny Niemitalo of Trinity during the “San Antonio Finals of “American Ninja Warrior.”

“American Ninja Warrior” contestant Kenny Niemitalo with his daughter, Hazel, and wife, Maria. Hazel received a kidney transplant from one of the show’s viewers in late 2016.

Kenny Niemitalo of Trinity during the "San Antonio Finals of "American Ninja Warrior."