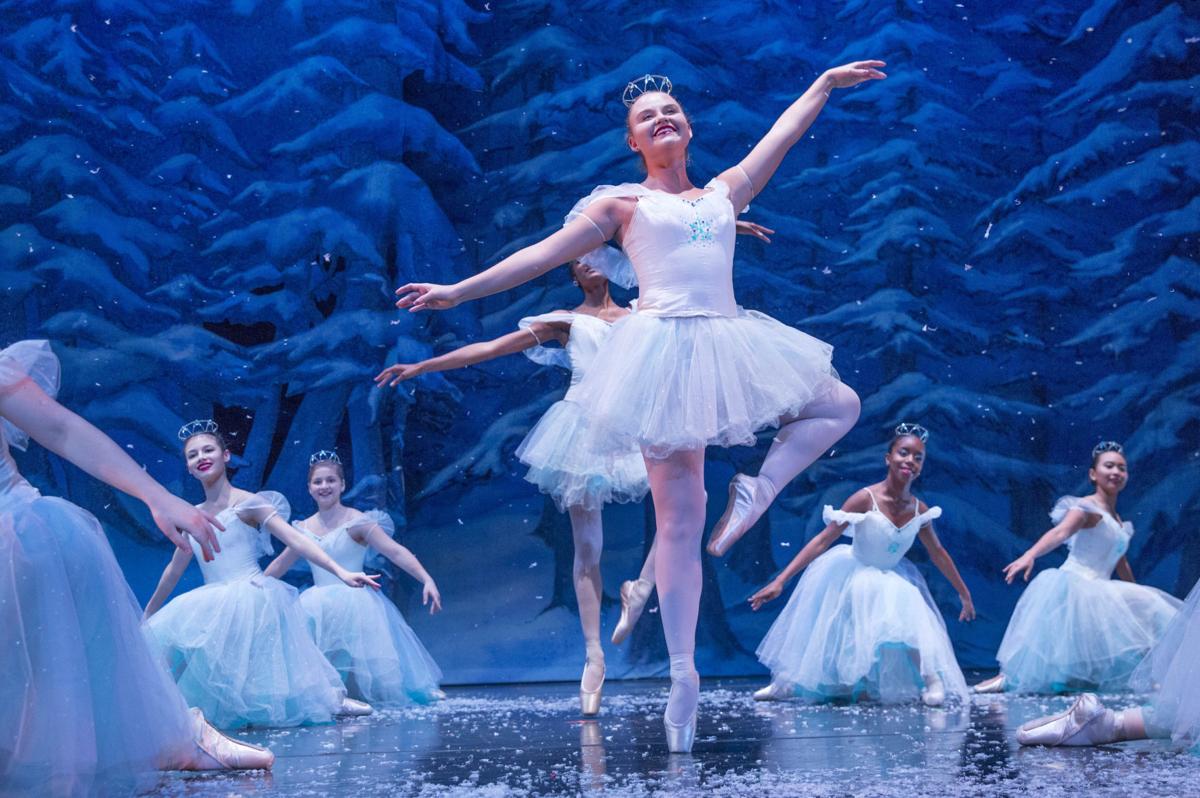 Greensboro Ballet's 2017 performance of "The Nutcracker." 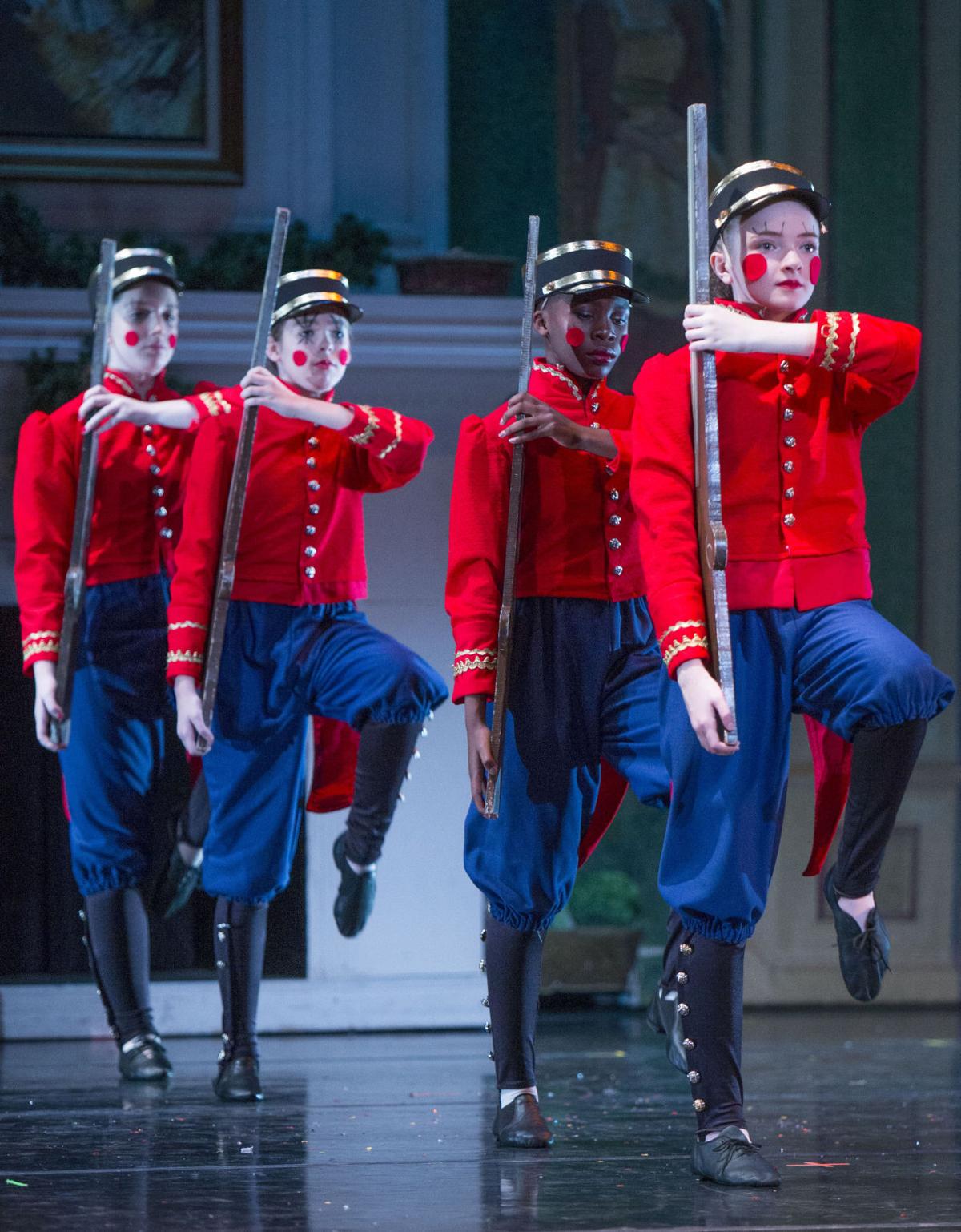 The Greensboro Ballet's 37th production of "The Nutcracker" in 2017 featured 70 performers.

GREENSBORO — Don't look for a Nutcracker Prince, Mouse King or Sugar Plum Fairy live on the stage of the Carolina Theatre this holiday season.

During the COVID-19 pandemic, Greensboro Ballet has choreographed an alternative this year to the usual live public production of "The Nutcracker."

While many other ballet companies across the United States have canceled performances of the holiday classic, the local ballet company will handle it differently.

He will edit it into one seamless ballet with recorded music, to be shown on Dec. 19 and 20 on a big screen in the Greensboro Coliseum parking lot.

Viewers can watch from the comfort of their cars.

The sound comes through an FM transmitter, so patrons can listen on their car radios.

Turning the production into a drive-in movie gives dancers the opportunity to perform in the 40th annual production, said Jennifer Gentry, interim executive director of the nonprofit ballet company and school.

"Not to do 'The Nutcracker' for kids is depressing," Gentry said.

It will give the public a safe, socially-distanced outing.

"People are tired of just staying home and not doing anything," Gentry said. "This way they can go have a holiday experience."

There will be two showings each day starting about 4 p.m., with a limit of 300 cars per showing.

It will cost $60 per carload, cheaper than a $40 premium ticket per person last year.

Tickets are expected to go on sale in early November at ticketmaster.com.

The production means that Greensboro Ballet won't lose all revenue from a cash cow that helps ballet companies nationwide survive financially during the rest of the year.

The ballet also plans to rent the video to retirement communities for residents.

"It's not just a performance," Gentry said. "It's a fundraiser. ... And it's part of the community."

Although ticket sales for arts organizations usually don't cover costs, "'Nutcracker' is one of those oddities that makes a profit," Gentry said.

"It’s very important to our bottom line, as well as to the dancers’ contentment to get to perform," she said.

The classic 1892 ballet tells the story of Clara Silberhaus and the Nutcracker that comes to life, accompanied by Pyotr Tchaikovsky’s famous score.

The Nutcracker battles the Mouse King, turns into a prince and escorts Clara to the Land of Snow and the Kingdom of the Sweets before bidding her farewell.

In recent years, the Dance Center of Greensboro, High Point Ballet and the UNC School of the Arts in Winston-Salem have been among those performing "The Nutcracker."

This year, the Dance Center of Greensboro will take a similar approach to Greensboro Ballet.

It won't perform at the High Point Theatre before a live audience as usual, said Jeanne Alala, owner and director. Instead, it will record a shorter, modified version in its studio. Smaller groups will wear masks and practice social distancing as they film their part.

Alala and a videographer will edit it for DVD and show it on YouTube at a date yet to be announced.

"We are having to do a much different version than we typically do, which is a little bit sad," Alala said. "But the dancers are still really excited that they still get to do some of 'Nutcracker.'"

UNCSA will create a 30-minute version of "The Nutcracker," adapted for the screen.

To achieve the illusion while remaining safe, the cast of student dancers will be filmed in the largest soundstage at UNCSA. The UNCSA Symphony Orchestra will perform excerpts from the original orchestration.

Aside from an opening night scholarship fundraising gala on Dec. 12, all UNCSA performances will be free to watch on demand.

Register for additional information and free access to each performance at uncsa.edu/performances.

Efforts to reach High Point Ballet by phone were unsuccessful this week.

Like Greensboro Ballet, Atlanta Ballet in Georgia plans a drive-in movie experience, allowing viewers to watch a filmed past performance from their car.

Gentry started considering the drive-in idea this summer for Greensboro Ballet when her daughter mentioned the Eden Drive-In in Rockingham County. She then heard that the coliseum parking lot hosted occasional free, family-friendly outdoor drive-in movies organized by the city's Parks and Recreation Department.

In September, Phase 2.5 of the state's reopening plan allowed dance studios to reopen at 30% capacity. So Gentry and her staff made "The Nutcracker" happen.

They will have four weeks to put it together, instead of the usual six.

Masks are being sewn for cast members.

The cast will number 50 to 60, instead of the usual 75. Some cast members play parts in both the first and second act.

Rehearsals, which start next weekend, will be a challenge, said Jessica Fry McAlister, interim artistic director. Choreography will be reconstructed to allow for spatial distancing, she said.

It also will add touches of humor. In the opening party scene, servers will bring out hand sanitizer instead of glasses of wine.

Young dancers who play mice and soldiers will rehearse their battle scene in separate studios to keep groups small. McAlister will go between studios to coordinate them with the other group.

Angels — 12 instead of the usual 16 — will be divided into two groups for rehearsals. So will snowflakes.

Each scene will be filmed on different days at the Carolina Theatre, from Nov. 30 to Dec. 3.

Ella Grace Moye and Marika Mlynarsky will share the role of Clara, as they did last year.

Mike Stone, a freelance dancer from Dallas, Texas, will perform as the Sugar Plum Fairy's Cavalier.

With so many productions canceled, McAlister said, "They are so grateful for the opportunity to travel and dance."

McAlister herself will dance the plum role of the Sugar Plum Fairy.

"I have never done a grand pas de deux in a mask before," McAlister said.

Nonetheless, McAlister said, it's worth giving dancers the opportunities.

Now 17 and a Reidsville resident, Sheffield has danced in the Greensboro Ballet production since age 8. This year, she will perform as a toy soldier doll in the party scene, a snowflake, and a soloist in the "Waltz of the Flowers."

At first, Sheffield said, she was pretty sure that "The Nutcracker" wouldn't happen this year. A high school senior, it saddened her to think that she might not dance in it again if she went away to college.

Sheffield said she's amazed that Greensboro Ballet will perform it after all, even though it will be different.

"We are really lucky," she said.

AccuWeather TV Network is now delivering 24/7 weather news in the Triad from in-studio and in the field, Spectrum announced Tuesday.

Meet a Musician: Josh King used time during the pandemic to learn about recording his music

In Josh King’s backyard sits a shed that was once a woodworking shop.

Lee Atkinson says she sings for the music, not for money

Most folks appearing on the "A Prairie Home Companion" get their training before hand. But for Greensboro's Lee Atkinson's first pro outing, t…

"The family and I are grieving his loss but we know he is in a better place than we are at this time," Dolly Parton wrote on her Facebook page.

Brunch. The dine-in restaurant occasion I miss most during this pandemic.

A young couple is spreading their love of seafood through a takeout spot at 514 N. Main St. in Lexington.

Greensboro Ballet's 2017 performance of "The Nutcracker."

The Greensboro Ballet's 37th production of "The Nutcracker" in 2017 featured 70 performers.