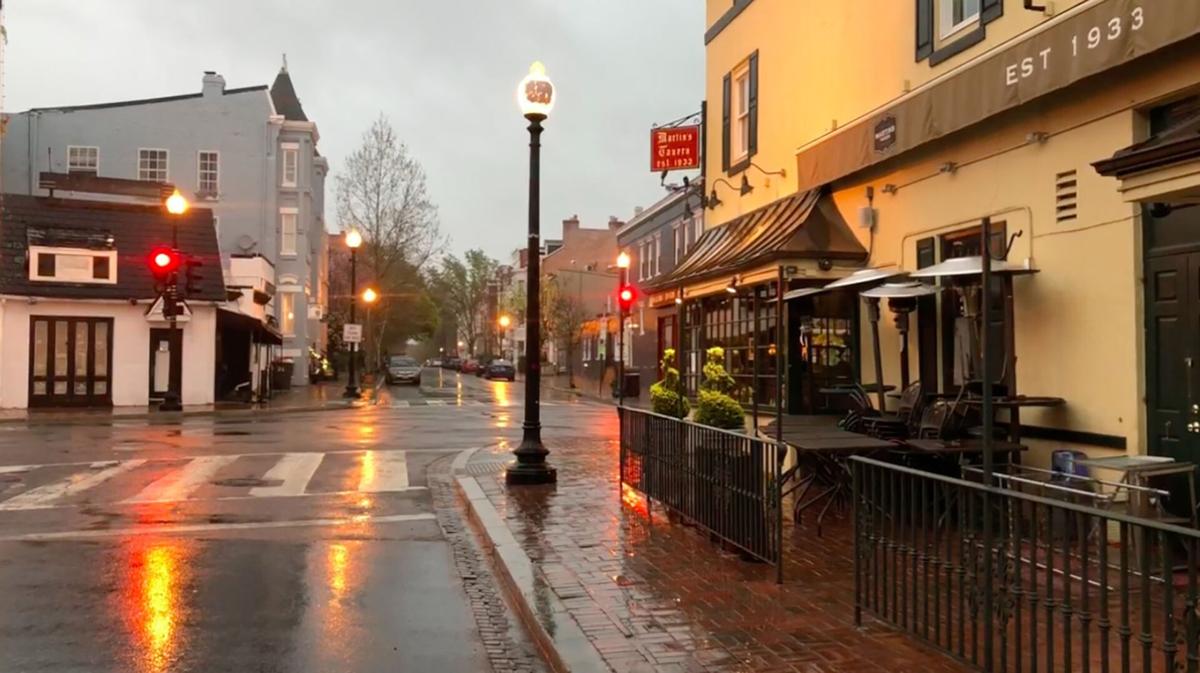 Paul Glenshaw shot “Solitude,” part of The Seven Tones Project, in the deserted streets of Washington, D.C., at the very beginning of the coronavirus self-quarantine. The short film is set to music by Alex Hamburger and José Luiz Martins. 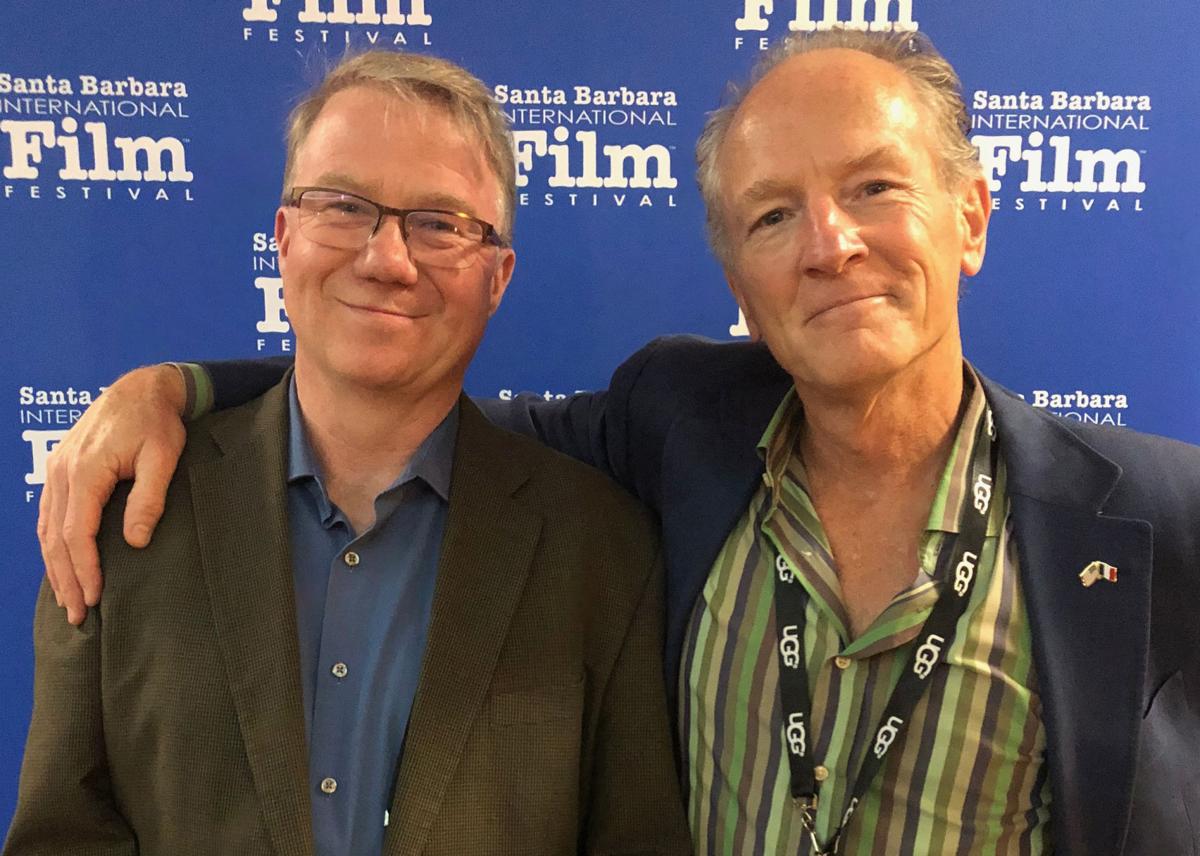 Paul Glenshaw shot “Solitude,” part of The Seven Tones Project, in the deserted streets of Washington, D.C., at the very beginning of the coronavirus self-quarantine. The short film is set to music by Alex Hamburger and José Luiz Martins.

Paul Glenshaw knew his next filmmaking project would involve Duke Ellington. Yet The Seven Tones Project ended up surprising even him.

He and his California-based production partner Darroch Greer had finished a major documentary, “The Lafayette Escadrille,” about Americans serving in the French Army during World War I. (It premiered at the Santa Barbara Film Festival in January.)

“It’s a very sad subject to work on,” said Glenshaw, who lives in Silver Spring, Maryland. “The next one, we knew, had to be something beautiful, really engaging and fun. And we just kept coming back around in our conversations to Ellington, who we both love.”

They wanted to do something different from the usual biographical piece, but they were still brainstorming what that would be when the coronavirus closures began. Stuck at home, Glenshaw nonetheless found his creative impulses were still surging.

The same was true, he knew, for plenty of others — and not just in the film community.

That was the inspiration for The Seven Tones Project: an open platform for musicians and filmmakers to collaborate on short films set to original renditions of Ellington’s compositions. It was designed to give restless artists something to do while self-quarantined.

“Everybody still needs a creative outlet,” Glenshaw said. “Musicians can still record at home, and filmmakers, if you’ve got a phone, you can record and you can shoot. So we figured, let’s see what we can do with that.”

The name of the project comes from an Ellington quote that’s fitting for the challenges of the moment. “Anytime you have a problem, you have an opportunity,” he said. “Even if you had seven good tones, those were the tones that had to be used.”

The rules are simple: The musicians could record any tune they wanted, in any way they wanted, as long as it was by Duke Ellington or his composing partner Billy Strayhorn. Filmmakers could then fit those songs to any visual setting they chose, as long as they didn’t alter the music in any way.

To start, Glenshaw reached out to two jazz artists he had known for years. The first was John Previti, a bassist who lived in his neighborhood.

“He was talking about us being in the same boat: We can’t go anywhere, so what can we do to keep our art going?” Previti recalled. “I thought it would be very exciting.”

Within an hour, he had recorded two solo bass takes of Ellington’s “In a Sentimental Mood” and sent them to Glenshaw.

Alex Hamburger, a flutist and vocalist living in New York, had been in a high school band with Glenshaw’s son and had grown up practicing in his basement. As soon as Glenshaw told her about the project, her song choice was obvious.

“I went, ‘Oh, yeah: “Solitude,”’ she said. “It’s almost too cliche, but it’s what we’re all feeling, and would be something that people can connect to right now.”

Glenshaw set Previti’s track to a series of shadowy interior illustrations by his friend Charles Ritchie. For Hamburger’s haunting “Solitude,” featuring her vocals over electric piano by José Luiz Martins, he used his phone to capture scenes of D.C.’s empty streets on a rainy morning.

With these as the inaugural entries, The Seven Tones Project began in earnest. Glenshaw and Greer began spreading the word on social media and in music and film circles. (Greer made one, too: a montage of exterior shots of birds, accompanied by D.C.-area saxophonist Jim Carroll performing Ellington’s “Come Sunday.”) They were stunned by the response.

“Right now, we’re up north of 80 musicians involved, and coming up on 40 filmmakers,” Glenshaw said. “And it’s growing all the time, just spreading by word of mouth. Just this morning I got an email from somebody — I have no idea who it is — saying, ‘How do I submit?’ I get several of those a day.”

The emails have come from Ohio, Texas and New England, as well as California and D.C. Glenshaw is even working with a clarinetist and TV producer in Osaka, Japan.

The musicians create the project’s first stratum, submitting their recordings to Glenshaw. It’s a diverse lot: The Ellington catalogue contains more than 2,000 compositions, including classic hits of the big band era as well as long-form and experimental pieces that vary in form, texture and development. (His extraordinary breadth is the reason Ellington became the project’s theme.) Even when two performers record the same tune, though, they don’t sound remotely alike.

Glenshaw puts the tracks into an online Dropbox, sending the link to filmmakers who want to submit. If someone finds something they want to work with, Glenshaw removes it from the pool.

Like the music, the films that have come in are incredibly diverse. Glenshaw has also been awestruck by the quality and imagination in both media.

“We’re getting wonderful, unusual, really creative things coming in,” he said. “It’s an open call, for anyone from students to professionals, and they’re all coming up with things I would never have guessed that people would do. I’m just knocked out by it.”

The fact that the filmmakers and musicians are all volunteering their time makes their enthusiasm and ingenuity that much more impressive.

“Over and over, I hear from the artists how grateful they are to have something to contribute to, something meaningful,” Glenshaw said. “That creative outlet is really all I’m hoping to provide.”

Where to watch: Search "The Seven Tones Project" at YouTube or go to tinyurl.com/ybl7dds3.

To participate in the project: Email Paul Glenshaw at seventonesproject@gmail.com.

The Greensboro History Museum will hold virtual meeting on democracy with Smithsonian curator.