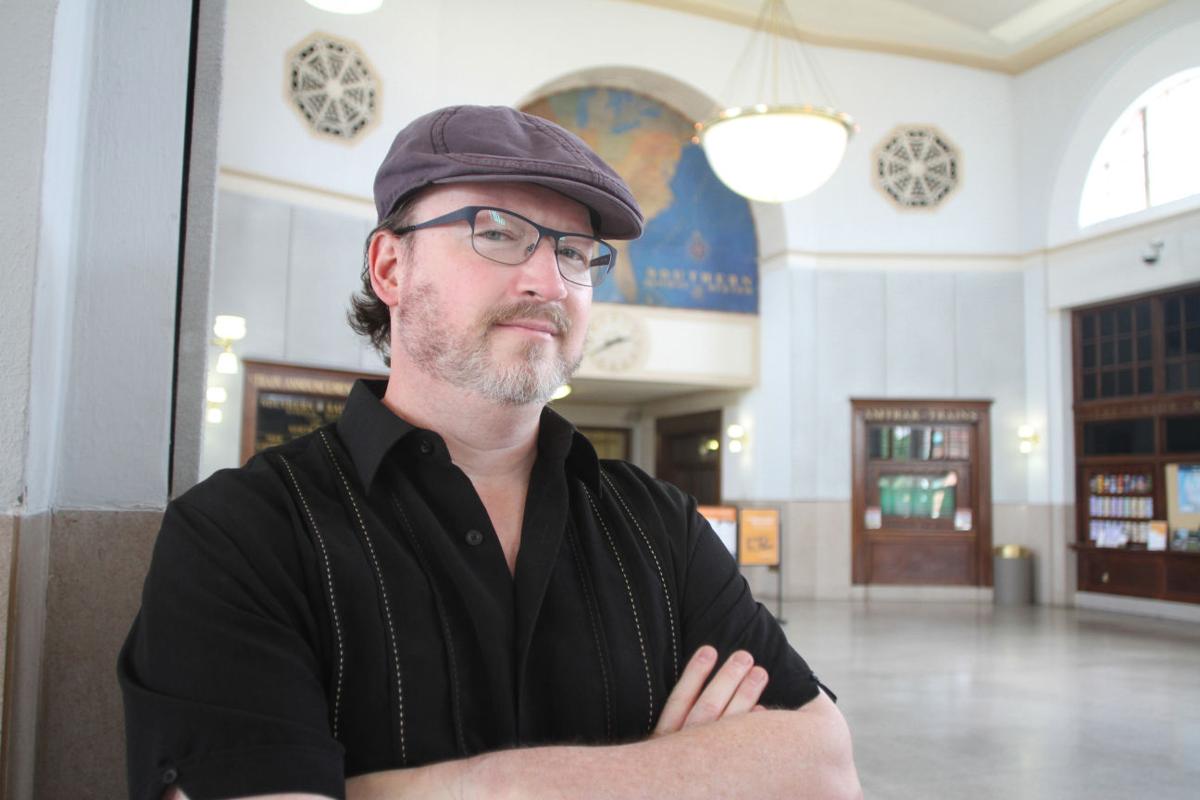 Journalist and author Eddie Huffman recently released "John Prine - In Spite of Myself" about singer-songwriter John Prine. Doodad Farm will hold a tribute concert of Prine music on May 17. 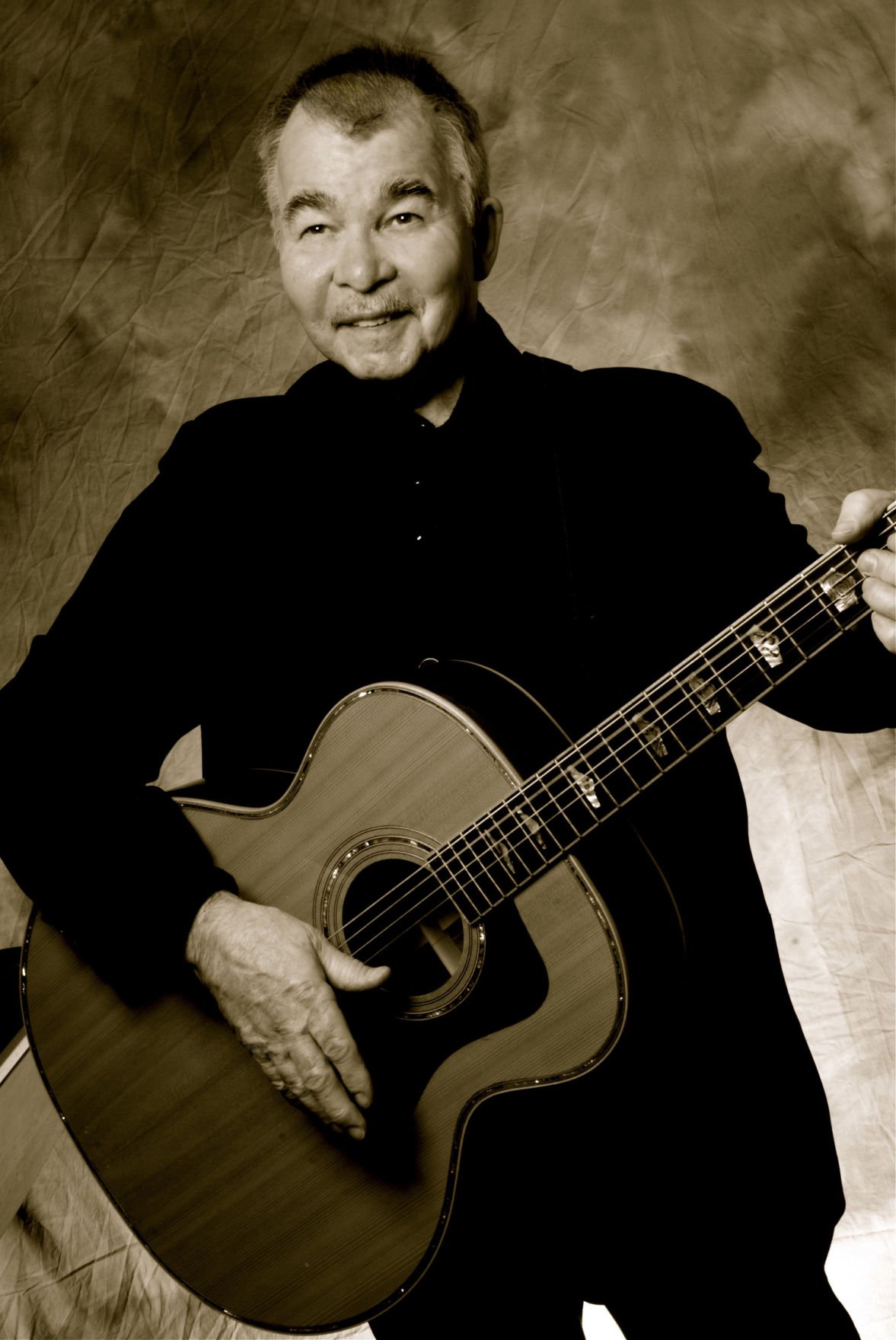 North Carolina musicians will be paying tribute May 17 to singer-songwriter John Prine at Doodad Farm. The event is a fundraiser for the nonprofit group Voices Together and also recognize author Eddie Huffman's book "John Prine - In Spite of Himself."

Journalist and author Eddie Huffman recently released "John Prine - In Spite of Myself" about singer-songwriter John Prine. Doodad Farm will hold a tribute concert of Prine music on May 17.

North Carolina musicians will be paying tribute May 17 to singer-songwriter John Prine at Doodad Farm. The event is a fundraiser for the nonprofit group Voices Together and also recognize author Eddie Huffman's book "John Prine - In Spite of Himself."

John Prine, the ingenious singer-songwriter who explored the heartbreaks, indignities and absurdities of everyday life in “Angel from Montgomery,” “Sam Stone,” “Hello in There” and scores of other indelible tunes, died Tuesday at the age of 73.

His family announced his death from complications from the coronavirus; he died at Vanderbilt University Medical Center in Nashville, Tenn.

Back in 2015, writer and Go Triad contributor Eddie Huffman released a book he wrote about Prine. He used his book as the focus of a fundraiser at Doodad Farm. Here's the story we ran:

Sometimes an idea makes so much sense that it would be silly not to follow through with it and make it a reality. Such was the case a few months ago when two friends, Gwen Erickson and Laurel Driver, had a “Eureka!” moment too good to pass up. From that spark, a worthwhile and much-anticipated event  is set to ignite on May 17 (2015).

The event is a benefit concert at Doodad Farm, a 45-acre tract that Laurel and her husband, Dean Driver, have turned into a rustic-yet-charming music venue.

The dual purpose of the event is to raise money and awareness.

The money is for Voices Together, a nonprofit group based in Durham that uses music as a tool to help people with developmental disabilities. It aims to improve their communication skills and help them better cope with the world around them.

The awareness is for a recently published book by journalist and Go Triad contributor Eddie Huffman titled “John Prine — In Spite of Himself.”

The event will feature more than 20 of central North Carolina’s finest singer-songwriters, who will perform one or two Prine songs, with Huffman providing narration and giving some background on several of the tunes.

“I’m not going to get up there between every tune,” Huffman said laughing, “I assure you. People are there for the music, not to hear me.”

He will, however, have copies of his book on hand, and is donating a portion of the proceeds to Voices Together.

To backtrack, Huffman and Erickson, who is his girlfriend, have been frequent attendees at Doodad Farm concerts and, not surprisingly, became good friends with the Drivers.

“Gwen told Laurel that I had this book coming out,” Huffman said, “and Dean, who is a musician himself and a huge John Prine fan, jumped on it. I suggested a music-related show, and this is what came out of it. It’s really an amazing lineup, all of whom are donating their time.”

The idea for the book came from an email in early 2012 to Huffman from David Menconi, a longtime music journalist. Menconi is also a co-editor of a book series by the University of Texas Press called “The American Music Series” and reached out to his fellow journalist for a potential submission.

“I looked through what they’d done to see what might fit their format,” he said. “One of my considerations was ‘who can I listen to as much as I’d have to for a book and not get sick of it,’ and John Prine was in that category.”

Huffman discovered Prine while in college at UNC-Chapel Hill (degree in history and English) and had interviewed him for a story in 1988.

“He was a great interview,” Huffman said. “Funny and sad, easy to talk to, a brilliant storyteller. I felt a kinship with him; we both have three brothers, middle class, blue-collar backgrounds.”

Oddly, though, despite repeated attempts to reach Prine for the book, Huffman couldn’t cut through the bureaucracy of Prine’s management, agents and record labels. So he forged ahead on his own — reading, watching and listening to everything ever written, televised or recorded by him. Huffman also took trips to Prine’s childhood home in Maywood, Ill., and his parents' birthplace in Muhlenburg County, Ky., the inspiration for his most famous song, “Paradise.” Just as Prine lamented, “There’s not much left there except the giant power plant and old family cemeteries.”

Because of the lack of collaboration, the book is research and analysis heavy. Huffman credits Erickson, who is the chief archivist at Guilford College, for helping with the bulk of the research, and local revered guitarist-singer-songwriter Sam Frazier, who will be on the bill at the Doodad Farm show, for helping with the song analysis.

“Sam transcribed every song,” Huffman said, “explaining that he added an extra measure here or noting what was unusual about this song.”

Huffman has already been on the first round of book readings and signings, including one at Greensboro’s Scuppernong Books in which Molly McGinn (also on the Doodad bill) and Jeffrey Dean Foster did several sterling Prine renditions. And after the May 17 show he will embark on another.

“It’s not something I’ll get rich on, more a labor of love,” he said, smiling. “But I’m glad I had the opportunity to do it.”

“Voices Together: A Tribute to John Prine” was a benefit concert that highlighted the book "John Prine — In Spite of Himself" by Eddie Huffman.

Movies in a Minute: 'Boys State'