Corby Brooke, a recent Guilford College graduate who works as an assistant soccer coach, grew up in Alaska and now lives in North Carolina.

Americana artist Corby Brooke grew up in Alaska and dreams of one day making a trip back there in an RV.

In a new single, “Winnebago,” she sings about what that journey would be like. Brooke, a recent Guilford College graduate who works as an assistant soccer coach, has actually traveled quite a bit in recent years and draws inspiration from the people she’s met on the road.

“My friend was telling me, ‘Hey, you should take pictures of people traveling or in RVs and insert them in your music video,’” she said. “And I thought that would be really, really cool. It would be sort of like ‘Nomadland.’ So, I’ve been reaching out to a lot of people, and I think I’m going to do that — share their story, like I do mine in the song.”

“Winnebago” will be officially released Friday, Sept. 17. In a recent interview, Brooke spoke about hitting the road, about the culture shock she encountered when she moved to North Carolina and about inviting a fan on stage to sing a Miley Cyrus song.

I’m originally from Palmer, Alaska. I was born there, and I lived there until I was 15. I began doing music when I was 13 years old. I had a bad knee injury playing soccer. I had to go to physical therapy for eight months.

I was a very active kid, and my parents said, “We need to do something with her, otherwise, she’s just going to drive us crazy.”

So they got me a bass guitar, and I started playing the bass guitar and really enjoyed it. A few years later, my parents got me an acoustic guitar for my birthday, and I was able to write songs.

We ended up moving to Harrisburg, which is a suburb of Charlotte. School was tough. I didn’t know anyone. I was a sophomore in high school. So music was an outlet for me, and that’s where I wrote a lot of the songs that are going to be on my album.

Who are some of your musical influences?

Definitely the Eagles, Lynyrd Skynyrd, Stevie Nicks. I grew up listening to a lot of classic rock. My grandpa loved the Eagles. He had every album on vinyl, so that was one of the starting points for me. Particularly on this album, and with this single, it’s very Lynyrd Skynyrd, Southern-rock style.

I think it falls into a lot of categories, but I’ve kind of stuck with Americana-style and acoustic roots. But it’s country music at the end of the day. It’s got a little bit of Southern rock, blues rock, especially this single “Winnebago.”

How would you describe your creative process?

It’s different with every song. With this song, it took me a really long time to write it. It started out as something completely different. I wanted to write something a little political. But as I was writing, I was getting worn down by that, being in that kind of environment. So, I was like, “I’m going to write something fun.” And it came really quick after that.

Sometimes, I’ll just have an idea, and I’ll begin creating a story about somebody else. And other times, the song has a lot of meaning to me, and I write it about my life. I sit down with my guitar and write some stories.

Do you regularly embark on road trips?

Yeah, I love going on a road trip. In Alaska, everything was hours apart. We might go play a soccer tournament up in Denali, and that’s a seven or eight hour drive. So, driving doesn’t bother me.

When I moved down here, it was kind of a culture shock to live only 20 minutes from my school. My friends were like, “I’ve got to drive all the way over to your house?” And I’d say, “It’s only 20 minutes, man.”

This summer, I took a road trip down to St. Augustine (Fla.). The summer prior I went to Oklahoma to visit my grandma. I love a good road trip. I’m also an avid backpacker. Last summer, I went backpacking in Colorado. That was a really fun experience. My boyfriend and I backpacked for five or six days, went on a 20-mile hike up to these hidden lakes, way up in the mountains. And growing up in Alaska, that’s all we did.

Have you met some interesting characters along the way?

There was a lady who played flute in an orchestra and had been traveling around the world playing flute. I’ve met a few comedians traveling about. For me, it’s about the little moments. Hearing small stories about life, about family. If you can share a genuine moment with a person, laugh about the same thing, that’s really cool.

If you could open a show for anyone, who would it be, and why?

Well, that’s easy. It would definitely be Stevie Nicks. She’s my favorite of all time. If I’m going to do a cover song, it’s always a Fleetwood Mac song. I think they’re so incredibly talented, and Stevie Nicks, she’s an amazing lyricist, and definitely a big inspiration for me when I’m writing. I think she would be awesome.

And another one, would probably be Chris Stapleton, because he’s very talented as well, not only as a musician, but as a lyricist. And he seems like a really fun guy, and I think it would just be a blast of a show.

Do you ever sing karaoke or sing in the shower, and if so, what do you sing?

I do sing karaoke. In college, we would go to Shiner’s on Monday nights. I would go with all my (soccer) teammates, and we would sing karaoke. I’ve loved Taylor Swift since I was a little girl, so I know every song by her, and could sing them on a dime. I also love EDM music, and I’ll often sing fun electronic pop-type songs.

My favorite original song to perform is called “Fields of Dandelions,” the title track from my album that’ll be coming out in a couple of months. I love that song, because it’s 100% about me and my family. And I don’t usually completely write something that raw about my upbringing. It puts me in a nostalgic place.

My favorite cover is probably “Landslide” from Fleetwood Mac. It’s really fun to play on the guitar. The picking style is really cool. And lyrically, it’s absolutely beautiful.

About a month ago, I played a gig at this place called Hidden Vineyard, and I had a person in the audience come up to me, and she had her phone out. She had a song by Miley Cyrus on it, and she was like, “Let’s karaoke this, let’s karaoke this!” And, I was like, “You know what, let’s do it!” So I ended up hooking up another microphone for her. And then we played her phone into my microphone, and we both stood up there and belted our hearts out and danced. It was a vineyard, so it’s supposed to be this quaint, quiet, beautiful, scenic place, and we’re up here like rock stars. It was crazy in a good way.

Life has slowed down a little bit for me in the music scene, because it’s soccer season right now, and it’s incredibly busy. Most of the weekends I’m out on the road having a match. But, this summer, I played three, four shows a week all over the Carolinas, which was a lot of fun.

But I’m just looking forward to releasing my next single after “Winnebago,” and sharing my album.

To read more Meet a Musician features, go to greensboro.com/gotriad.

Broadway star Stephanie J. Block, who won the 2019 Tony Award for best actress in a musical for her lead role in “The Cher Show,” will perform Nov. 19 at The Virginia Somerville Sutton Theatre at Well-Spring retirement community.

Fall fun: Farm adventures, events, haunted houses and more in and around Greensboro

Fall is here, and Halloween is right around the corner. We’ve gathered a list of things to do to celebrate cooler weather and the spooky holiday.

Corby Brooke, a recent Guilford College graduate who works as an assistant soccer coach, grew up in Alaska and now lives in North Carolina. 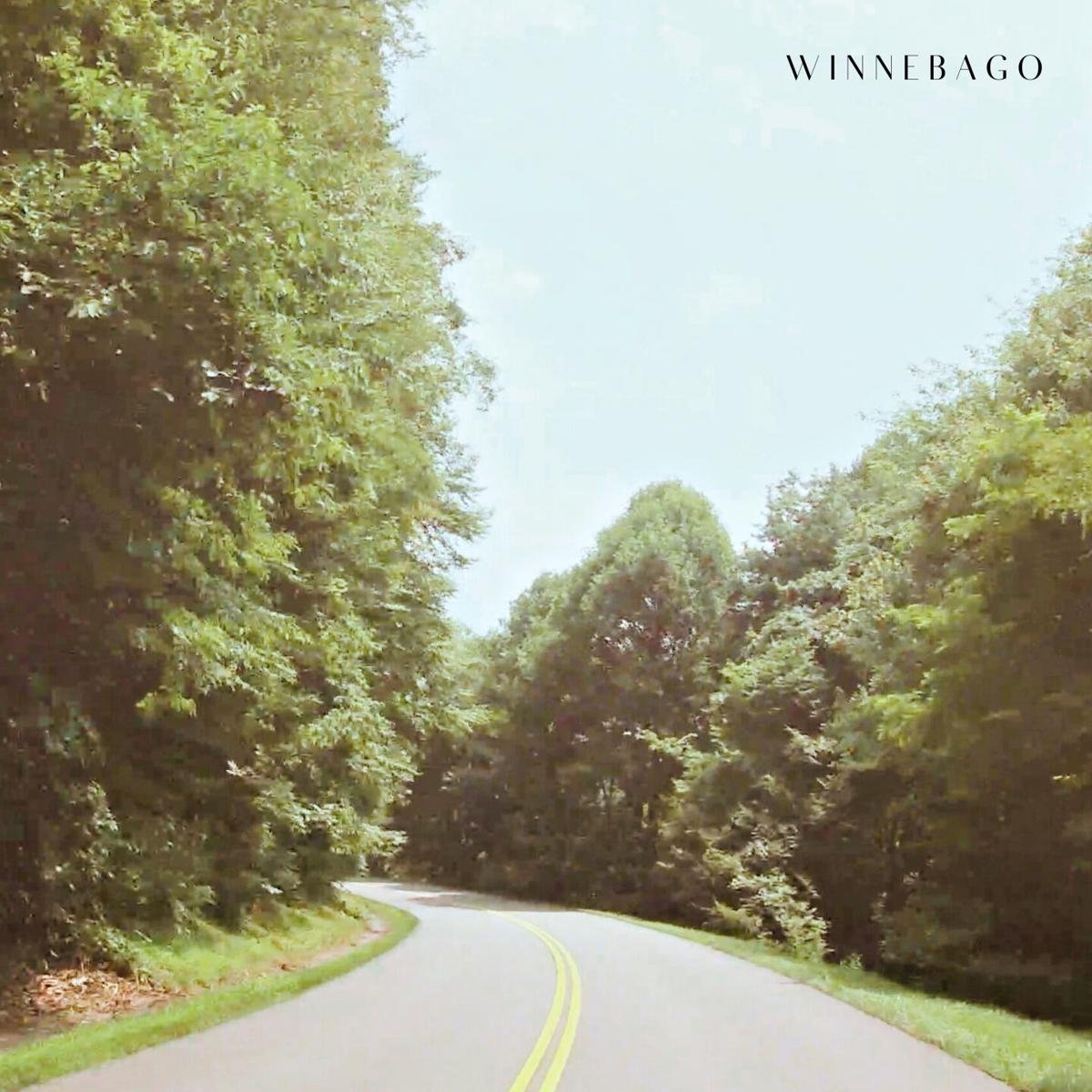