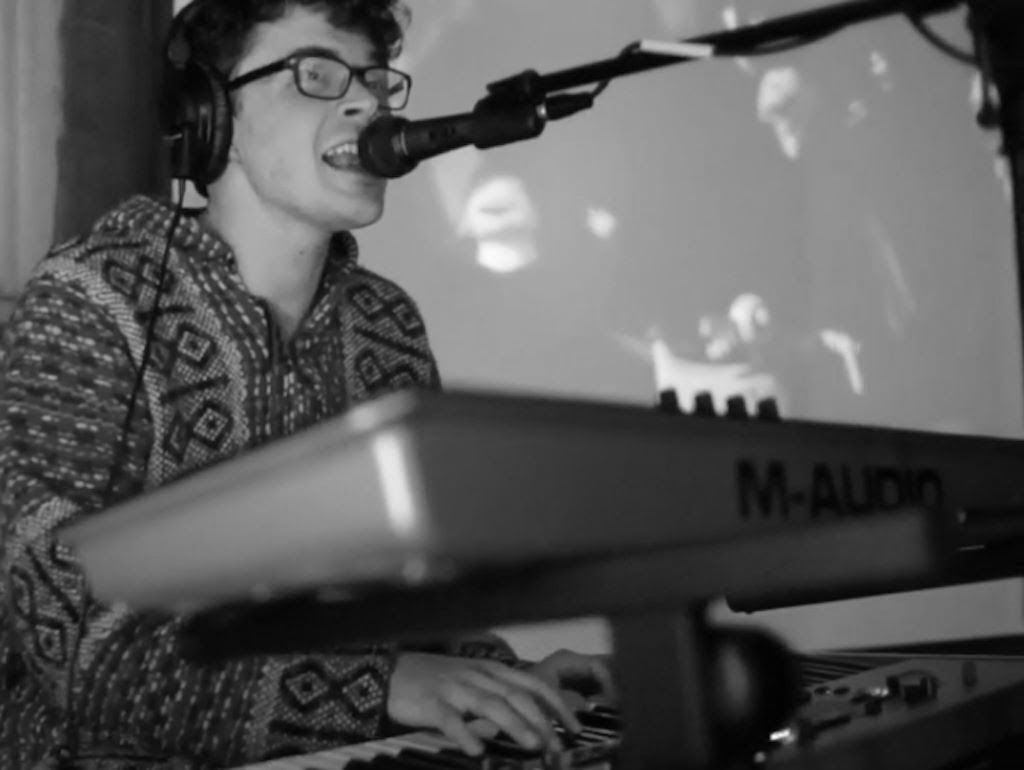 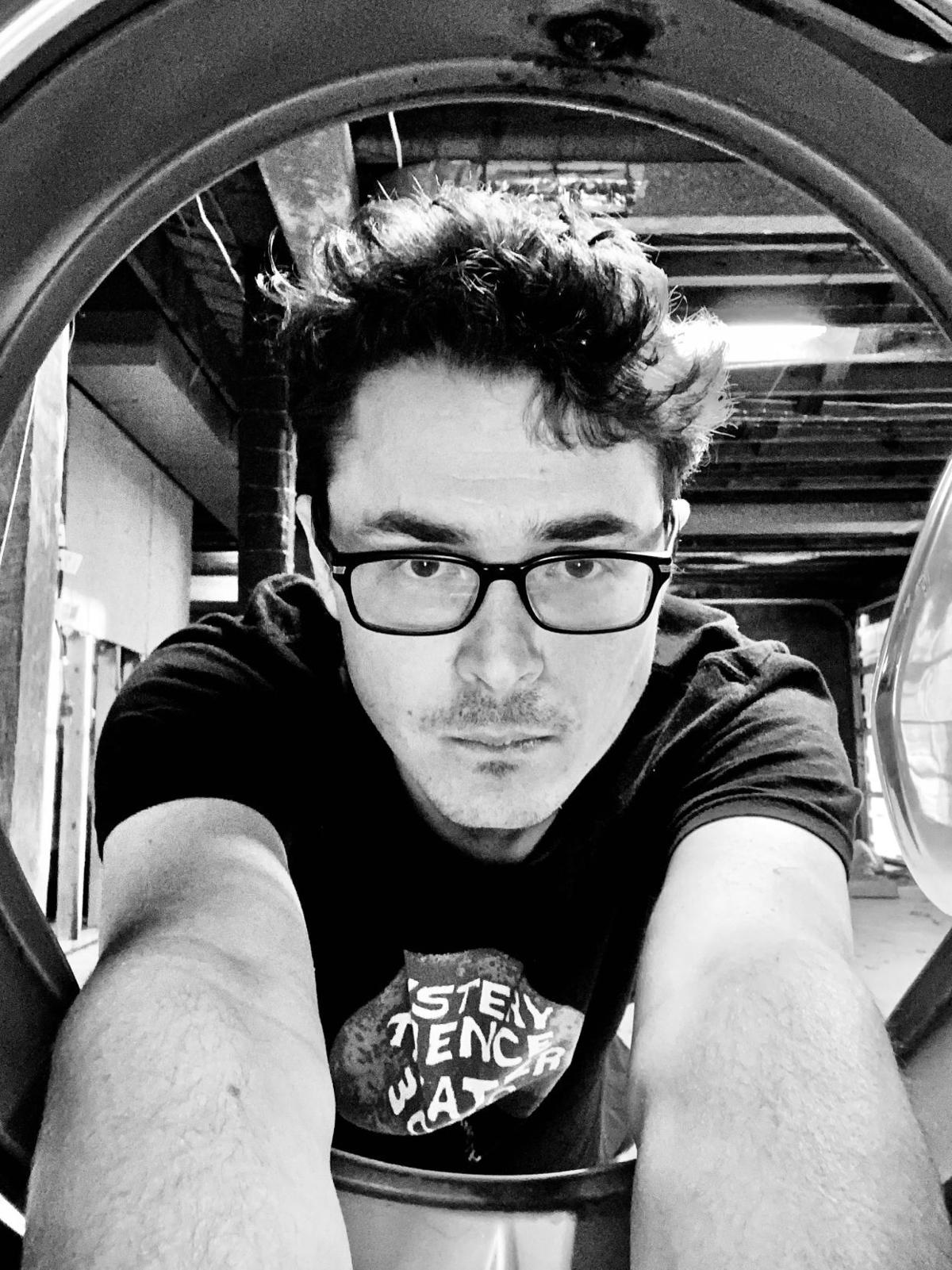 Michael Anderson is a classical and jazz pianist.

Michael Anderson loves what he calls the “8-bit sound.”

A self-styled video game nerd, he is also a classical and jazz pianist. And onstage, he tries to combine his passions.

“A lot of my music calls to mind the 8-bit aesthetic,” he said. “I started out playing ‘Super Mario’ and ‘Zelda,’ and I felt the music really made the games what they were. Lately, I’ve also been playing games like ‘Skyrim,’ which are open-world games and have cool orchestral stuff.”

Anderson, who is based in Winston-Salem, also performs classic film soundtracks with a local group, Noobious, and composes his own music as well.

He spoke last week about mixing the classical and modern, experimenting with synth sounds and hosting story readers at his shows.

I started playing the piano a lot around age 5, because my parents got an old upright piano from my aunt. And then, I started taking lessons at age 7 and went through numerous teachers.

The first teacher I had was an old-school teacher, and she did not let me write music before I knew how to play the piano. She was very strict in that regard, and it almost stopped me from playing. But luckily, my parents had intuition enough to find me a new teacher before it got too serious.

When I was young, my parents played a lot of George Winston. He’s a minimalist composer. He writes piano music, sort of the New Age genre. It’s very relaxing, but not like the music you hear if you were to go get a massage. It’s a little more intricate, and absolutely beautiful.

And going to a classical school, I naturally fell in love with the old classical music, particularly Rachmaninoff and Sibelius.

And as I got older, I started loving jazz music. I listened to a lot of Bill Evans and Herbie Hancock, and they really changed my whole outlook on what I wanted to play. I also spent a summer at a Black church, where I learned a lot about R&B and gospel, which have been huge influences for me.

I have a lot of versatility with music. It started out strictly classical. Now I write something like classical jazz. It’s hard to describe to people. I can name artists like Aaron Parks and Taylor Eigsti, that I’m trying to follow in the footsteps of.

And there are the covers of video game music. I’ve been in a band Noobious with (local musician) John Ray, and we take the score and make it our own with a lot of electronics and synth sounds. We also do a lot of soundtracks from movies, like “The Terminator” soundtrack and “Blade Runner” soundtrack and “Stranger Things” soundtrack.

How does the video game music inspire you?

I grew up playing video games and always loved the music. We play a lot of those classic tunes. And with the orchestral stuff, I try to find synth stuff that sounds kind of like an orchestra, but doesn’t give you the sense that you’re listening to John Williams, who I love. But, it’s just a little spicier.

Sometimes I will focus too many hours on one little chord or one little phrase. I really like to dismantle my music. I like to write a song, deconstruct it and rewrite it. I think that teaches my mind to come at a song from many different angles. If I write it once and call it a day, I’m not gaining or learning the art of writing a song, and the art of knowing that there are different options for different places that can lead to different results.

I’m really impressed by (funk collective) Snarky Puppy. They’ve always added other musicians to their crew. They have their core band, but then get a great musician like Cory Henry to come play with them. The band is big or small, and they’re always playing really complex but beautiful music. It would be an honor if I was opening for them, especially if I was doing some of that video game Noobious stuff, because that’s kind of in the same vein. That would be a really fun concert.

Do you sing karaoke or sing in the shower, and if so, what songs do you sing?

I don’t sing in the shower, because that’s a time of peace and quiet for me. But, I do sing around the house a lot, because I like to pace around and think about the music while away from an instrument. And I sing to stretch my voice, so I can sing higher. I’m kind of a baritone, but I’m trying to become a tenor.

One of my favorite songs to perform is a piece I wrote called “December 24,” which is on my album, “Portrait of Youth.”

“Portrait of Youth” is a solo piano album. It came out in 2015, and it’s probably my favorite album that I’ve made so far, because it just reflects everything that I’ve been through up to this point. All the songs on the album are just dates without a year, because they’re supposed to reflect different journal entries that I’ve written, both good and bad.

I love making jokes at my shows, creating awkward situations. At one show, the band came out and we all went to a different instrument than what we play. I went to the bass, the drummer went to the piano, and the bass player went to the drums. And we all started trying to play. It was actually one of the first times I’ve ever held a bass. It didn’t go far.

And sometimes, I bring up a random person to read a story during a show, like short stories or kids stories, like “The Very Hungry Caterpillar.” We’ll improvise while they start reading it to the audience.

I’m making an album with a band called Posture. Tori Elliott from Victoria, Victoria is part of the band. It’s a classical jazz album that is focusing on not just physical posture, but mental posture, being a human being, trying to love our neighbors, topics that are relevant to our time.

Lucy Hale found cutting her long hair to be 'liberating'

Lucy Hale found cutting her long hair to be 'liberating'

Howard Stern to anti-vaxxers: 'You had the cure and you wouldn't take it'

Speaking on his radio show about the recent deaths of several anti-vaxxer radio hosts, Stern said people who won't get vaccinated are "idiots."

Bridges said he was stuck in a hospital bed for five weeks with COVID-19 and was even "getting close to the Pearly Gates" at one point.

Michael Anderson is a classical and jazz pianist.