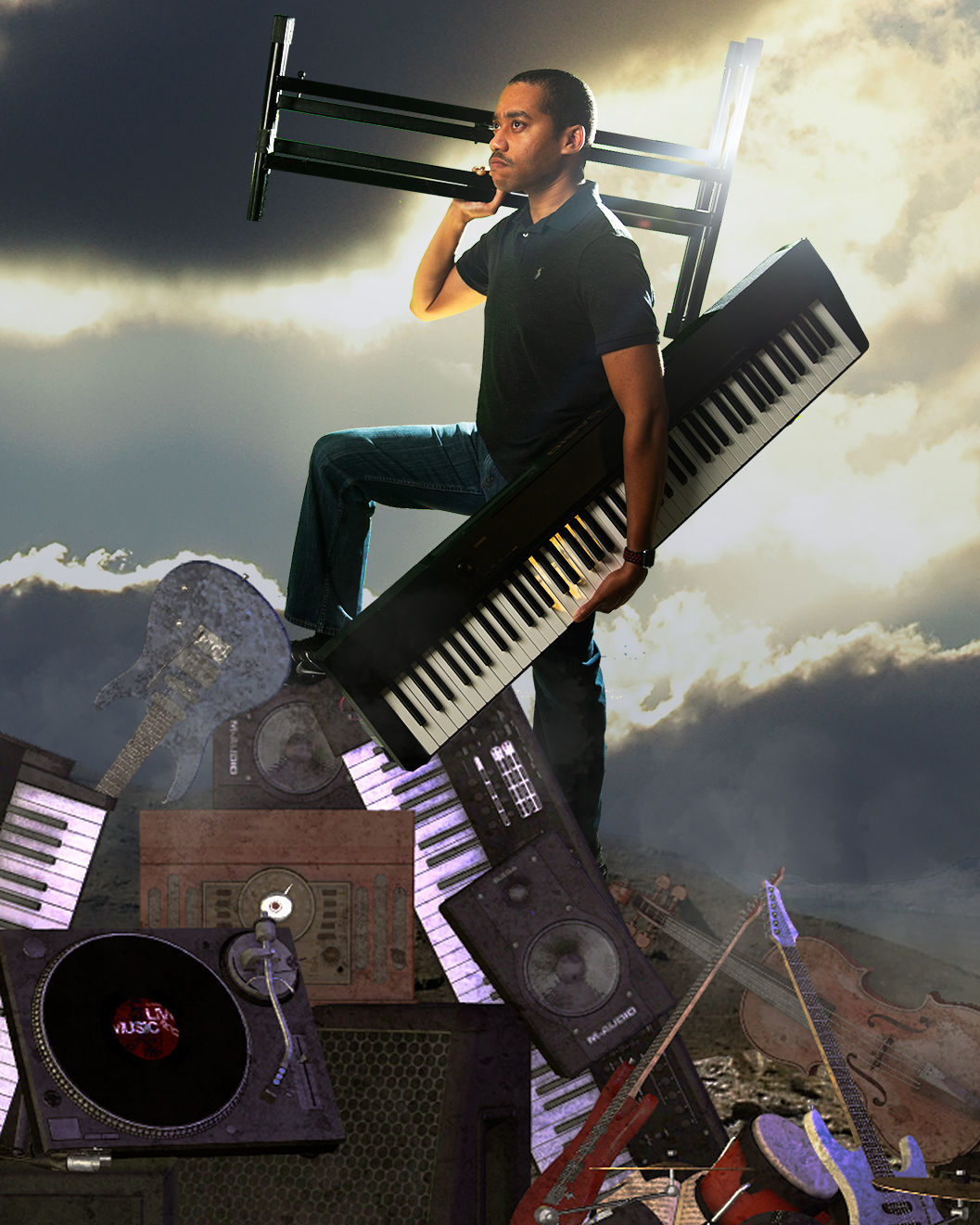 “Once the world gets back to normal from Covid,” Greensboro’s William Nesmith says, “I’m looking forward to doing my live performances again with the party sunglasses.” 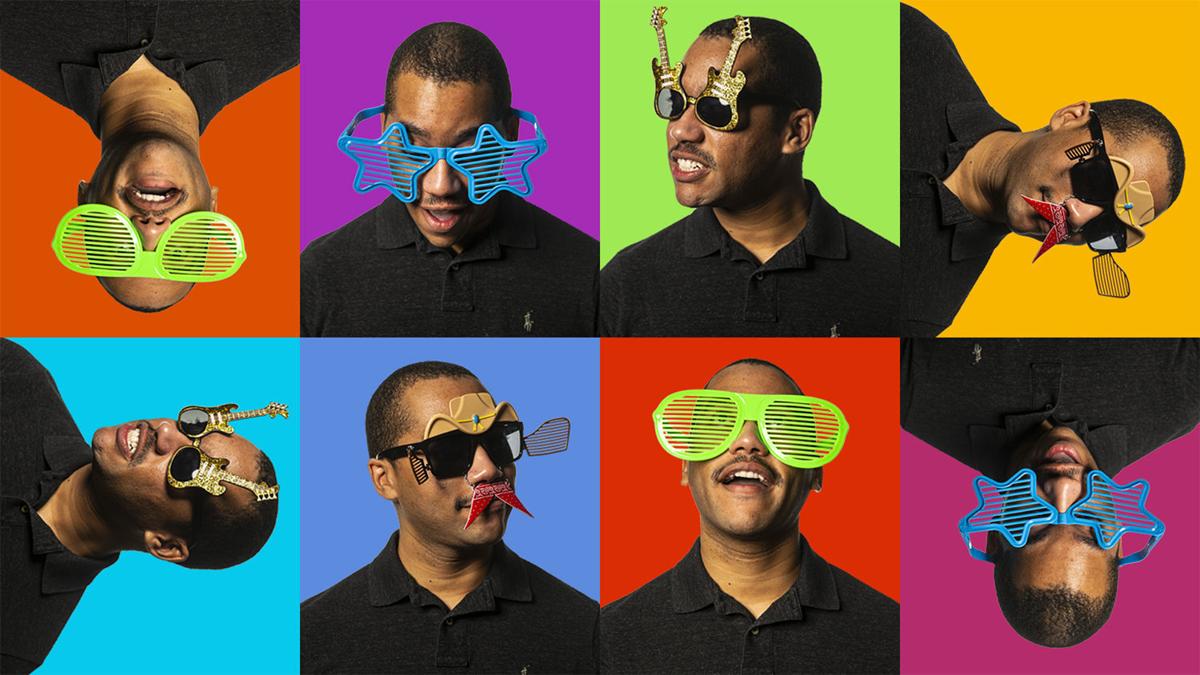 William Nesmith moved to Greensboro from South Carolina for graduate school in 2014. What he saw in his future was a marketing job by day, with some songwriting gigs on the side. He had long been interested in music, both as a performer and writer, but he hadn’t been looking to make a full-time career out of it — until a friend encouraged him to play at an event in Summerfield.

“They had me in the back of a little picnic area, the sun was directly in my eyes, and there was a girl sitting on a picnic table that was clapping offbeat to every song,” Nesmith says. “And there was something about that which I just loved.”

He began compiling a list of places where he could play, and by March 2019, he had left his marketing job, and began focusing on music exclusively.

In a recent interview, Nesmith spoke about trying to make it as a performer, touched on his inspirations, and talked about his collection of novelty sunglasses.

I’ve taken piano lessons since about first grade, and was involved in grade school chorus. The chorus was my favorite class, and I would always get picked for solos and special things.

In high school, I made the jump from Catholic school to a big public high school. And they had a really big choir program, and I found my tribe. When people in choir found out I could play piano, they had me leading warmups and sectionals and things like that.

My senior year, we had the option to audition for senior solos. And I got the idea to just write a song. Instead of trying to sing another song, I thought it would be unique to write my own. I tried to write the song six times, and I finally had something. I auditioned it for my choir director, and he was moved by it and put me in the final billing before the big choir would sing the last couple of numbers. And when I came back around the curtain, I noticed half the choir was in tears. That was my first time realizing that I could write something from my personal experience, and it could connect and resonate with all types of people.

I grew up listening to The Temptations. Eddie Kendricks had this signature falsetto voice, and I kind of have a higher range than most male vocalists, so I’ve always admired that cool falsetto sound.

Also, I listen to a lot a pop music, Lady Gaga, Beyonce, Adele, Katy Perry. I think pop music is fascinating, because in the chorus, you have to make it relatable to everybody. No matter what you say in the verses, it’s cool how you can write a phrase or melody that will connect with a broad audience.

I think it would go toward the pop genre, but there are certainly influences from a lot of other genres, R&B, hip-hop. But, I think with a pop brain.

For me, usually when I write a song, I’ve written the whole thing and recorded it on voice memo before my hands have touched the piano. I’ll usually hear a melody in my head, I’ll think of a concept or hear a pre-chorus, and then pace the floor in my apartment and drive around a little bit until I’ve sort of fleshed that out into a verse and a chorus.

Do you ever sing karaoke or sing in the shower, and if so, what songs do you sing?

It is kind of part of my process, to sing in the shower before heading out to a gig. And I like anything that’s loud and fun and belty, like “Don’t Stop Believin’ ” by Journey, anything Michael Jackson, “Stupid Love” by Lady Gaga.

Somebody tipped me a Game Boy Color. Just put a fully functioning, yellow Game Boy Color in my tip bowl. At first I thought it was a joke, so I went back and asked the person if they wanted to part with it. And they said, “Yeah, that’s for you, man. Enjoy it.”

If you could open a show for any artist, who would it be, and why?

Well, I’ve always admired Alicia Keys. “If I Ain’t Got You” is one of my favorite songs. I was so happy in fifth or sixth grade when I could pick out the part on the piano. I would love to open for her.

“Old Town Road” by Lil Nas X, featuring Billy Ray Cyrus. I have these cowboy glasses I wear when I perform the song. And I bought a new synthesizer recently that has a cool drum track, and I have a voice pedal so I can put these cool effects on my voice. It’s one of those songs that resonates with everybody. You’ll see old people singing that song. You’ll see young people singing that song.

Can you tell me about the novelty sunglasses you wear on stage?

I was walking through Walmart one day, just killing time, and I saw a pair of giant novelty sunglasses. I thought it would be really funny if, when I play an Elton John song, I put on the glasses. And when I did, it was a huge hit.

It grew from a little knapsack to a shoebox to plastic crate after plastic crate. There are at least 100 pairs.

I’m working with someone, Connor Holcombe and 7 City Recording in Raleigh, to get some songs from my catalog produced. I’m not sure if I want to release an EP or just have a catalog to submit for pitches to artists.

And once the world gets back to normal from Covid, I’m looking forward to doing my live performances again with the party sunglasses.

What sort of effect has the Covid-19 crisis had on your livelihood?

My only source of income is performing live music gigs. At first, I was sort of in disbelief. I played for the first half of March, and then I went to my friend’s wedding in Florida, and I came back on the 16th, to find all my shows for the rest of the month had been canceled.

But I was approved for unemployment, which was a huge help financially. And I’ve been able to do a handful of livestream shows. It’s a different kind of fan interaction. I’m looking at the screen seeing the emojis and comments.

William Nesmith was nominated for this questionnaire by The Ghosts of Liberty. To read that group's feature, go to greensboro.com/gotriad.

Inspired by classic board game design, like Twister and Shoots and Ladders, park visitors will be able to move through and interact with the mural in a series of playful interpretations.

Rich Lerner will work for food. But you won't find him holding a sign by the side of the road, and the food is not for him. For the past nine …

A new restaurant is opening in the old Southern Lights Bistro which closed this summer.

A new dining and entertainment venue opens and a Latin-fusion concept is coming to a popular bistro location.

A new exhibition at the Greensboro History Museum focuses on the life-changing upheavals of 2020. "Pieces of Now: Murals, Masks, Community Stories and Conversations" opens at 10 a.m. Saturday.

"Schitt's Creek" made history at Sunday's Emmy Awards with a comedy awards sweep, something even TV greats including "Frasier" and "Modern Family" failed to achieve.

New Orleans will change a man. There's something in the air and the water that puts a spell on you, makes your body move in ways you never kne…

“Once the world gets back to normal from Covid,” Greensboro’s William Nesmith says, “I’m looking forward to doing my live performances again with the party sunglasses.”