Henry Golding in a scene from "Snake Eyes: G.I. Joe Origins." The film provides a backstory for one of the most popular characters in the G.I. Joe line of action figures and comics. 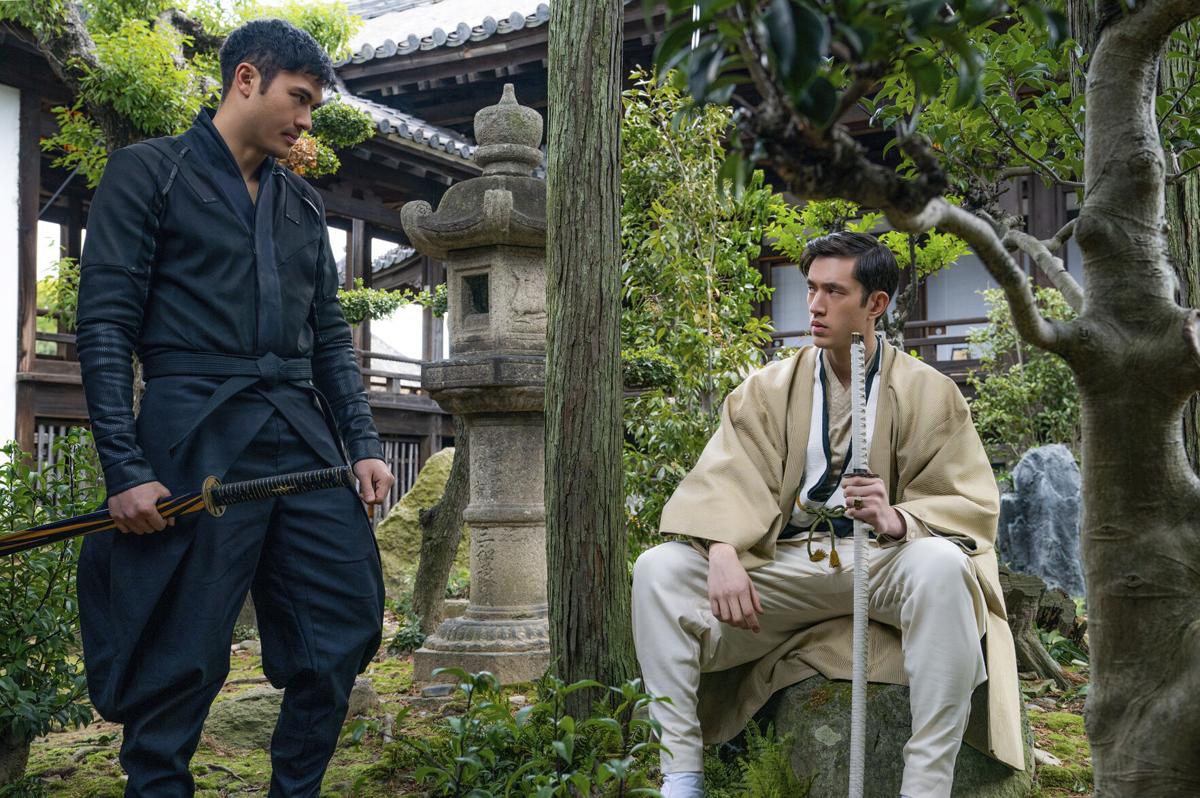 Henry Golding wasn’t toying around while preparing to bring to life a classic G.I. Joe hero in the new “Snake Eyes” film.

For two months before production even began, the actor immersed himself in the rigorous training and intricate stunt work necessary to embody the titular sword-wielding warrior trained by Japanese ninjas.

“Going into a movie like this, you cannot go in halfhearted,” Golding, 34, told the Daily News. “You really have to commit because there’s so much on the line. We wanted to see the actors doing the sequences. There’s none of this flourishing swords, waving it around in the air. The movements are so acute and so efficient — the way it should be, especially in the world of samurais and ninjas.”

“Snake Eyes: G.I. Joe Origins” provides a backstory for one of the most popular characters in the G.I. Joe line of action figures and comics.

For Golding, that meant uncovering the mystery behind a fighter known for his slick black mask in ways fans have never seen before.

“It’s the guy before the mask,” Golding said. “It’s him before going to Arashikage and becoming the Snake Eyes that we know and love. It’s the guy that has been led down a path, has been broken and kicked to a curb. The person that has made deals which, to an everyday person, seem so insane, but he has motives, and they’re misled motives. That’s what we delve into.”

Known for leading roles in the romantic comedy “Crazy Rich Asians” and the crime movie “The Gentleman,” Golding relished the chance to portray a full-blown action hero in “Snake Eyes.”

Although Golding had trained in boxing and muay thai, nothing compared with the martial arts work and katana sword training he did for his new movie.

“I’ve always loved the physicality and the epicness of action movies,” Golding said. “That’s where my love of movies started, was sci-fi/action, like ‘The Matrix’ or growing up with Jackie Chan films. For me, it was always like, when will be the point where we get into that?

“‘Snake Eyes’ was literally like jumping into the deep end,” he laughed. “Gun movies and shooting movies, they’re fun and there’s definitely a sense of physicality, but when you’re hand-to-hand, when your main weapon is a sword, it’s a different element altogether.”

The actor said he appreciated how “Snake Eyes” director Robert Schwentke drew inspiration from iconic samurai movies where onscreen action was always “justified” and every combat move had a purpose.

“It just brings a sense of groundedness and a true storytelling factor to this,” Golding said.

Golding, who was born in Malaysia and lived in the U.K. as a child, remembers the G.I. Joe franchise that launched in America in the early 1980s.

“Everybody knew who Snake Eyes was,” Golding said. “That was the most iconic character. To be part of that (with the movie), it was like, ‘Whoa, this is a dream.’ To be able to put onscreen a story as rich as this, I think, is so necessary.”

Synopsis: An ancient Japanese clan called the Arashikage welcomes tenacious loner Snake Eyes after he saves the life of their heir apparent. Upon arrival in Japan, the Arashikage teach him the ways of the ninja warrior. But when secrets from Snake Eyes' past are revealed, his honor and allegiance are tested.

The decision, a victory for Angelina Jolie over Brad Pitt, means that the custody fight over their five children, which was nearing an end, could be starting over.

The new Mark Wahlberg-starring drama “Joe Bell,” directed by Reinaldo Marcus Green, is based on a true story that took place in 2013, when a l…

Summer movies are back in parks and theaters

Movie review: 'Black Widow' is a satisfying detour for Marvel

How fleeting world domination can be. It can disappear in a snap.

Movie review: In 'Tomorrow War,' the timeless toll of soldiering

The time-traveling “The Tomorrow War,” set largely in an alien apocalypse future, is a kind of throwback.

Film review: 'Summer of Soul' may be the best documentary of the year

In the summer of 1969, the same summer as Woodstock, some of the biggest musical acts of the time, such as Stevie Wonder, B.B. King, Nina Simo…

Henry Golding in a scene from "Snake Eyes: G.I. Joe Origins." The film provides a backstory for one of the most popular characters in the G.I. Joe line of action figures and comics.