Movie review: Princess Diana gets an abstract and arty ghost story
0 Comments
Share this
{{featured_button_text}}
1 of 3 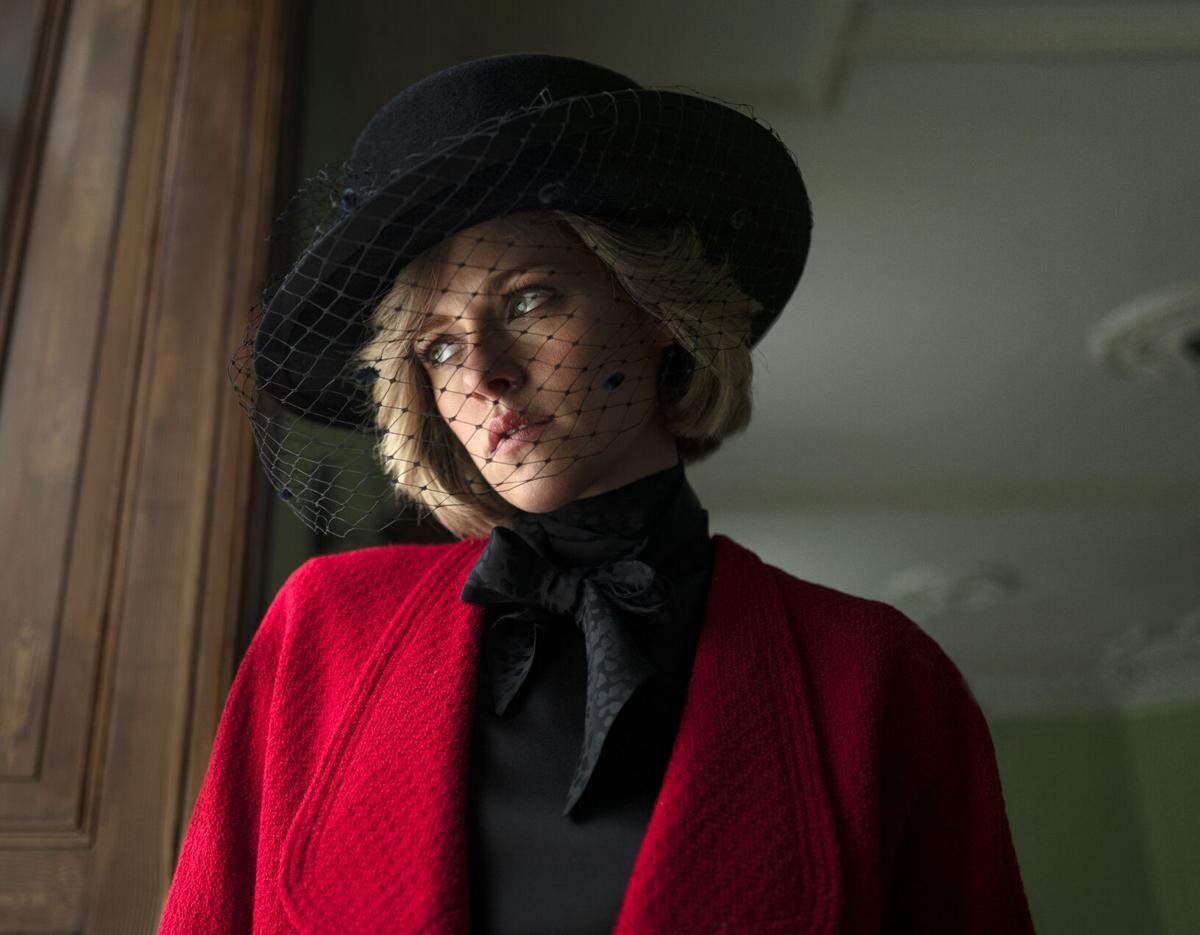 Kristen Stewart stars as Princess Diana in "Spencer." The film takes place in 1991, six years before Diana's death but at the height of her discord with the royal family.

Kristen Stewart in a scene from "Spencer."

The casting, with Kristen Stewart as Princess Diana, is brilliant, and the ending, in a top-down convertible, is sublime. So why is the rest of Pablo Larraín’s “Spencer” such a hollow exercise in high camp?

It wasn’t so long ago that the Chilean director Larraín crafted another meditation of mythmaking in the similarly conceptual, “Jackie.” It, too, was a elegantly stylish movie with a captivating leading performance in Natalie Portman as Jaqueline Kennedy and a piercing, discordant score by Mica Levi. Here, again, is an empathetic but arch character study (this time the jazzy score is by Jonny Greenwood) about persona and personhood in a 20th century cauldron of fame and tragedy.

“Jackie” had the prickly edges of a psychological thriller and draped itself in the memories of a grieving past. “Spencer,” which opens in theaters Friday, is more like a ghost story — a dreamy, luxe version of “The Shining,” with the Overlook Hotel swapped for the Queen’s Sandringham Estate, where Princess Diana mostly wanders in isolation and suffocating unease. When she sneaks out at night and guards come upon her with flashlights, Diana tells them, “Say you saw a ghost.”

It is often like that in “Spencer,” penned with too often on-the-nose poignancy by Steven Knight (“Eastern Promises,” “Locke”). Everything is in quotes. Everything is metaphoric and foreboding. The year is 1991, six years before Diana’s death but at the height of her discord with the royal family. Diana is aware by now of Charles’ affair with Camilla Parker Bowles; this Christmas gathering was when she supposedly decided to end the marriage. In “Spencer,” the family already has its knives out for Diana. They blame her.

“I’m a magnet for madness,” she says. “Other people’s madness.”

But it’s a while before Diana comes into contact with almost anyone. Larraín opens the film with an army cavalcade down a tree-lined road to Sandringham — heavy-duty preparations for the holiday. All of the royal trappings in “Spencer” are militaristic and, we gather, potentially fatal for Diana. Her suspicious minder is a major (Timothy Spall) and the cook (Sean Harris) quotes the battle speech from “Henry V.” “Will they kill me?” Diana asks him, referring to the royal family.

But before we meet them, Diana breezily meanders the nearby hills in her convertible. She enters a café to ask for directions. As everyone gawks, she feigns the lost princess, soaking up the scene. Once she arrives late, Diana remains solitary. “Spencer” includes brief appearances of Charles (Jack Farthing) and Queen Elizabeth II (Stella Gonet), but Larraín’s film exists in a dreamy and stylish remove that is sketched entirely from Diana’s distraught interior. “Spencer” is introduced as “a fable from a true tragedy.”

In both “Jackie” and “Spencer,” Larraín deserves credit for so avoiding the expected biopic structure. (Some have even started wondering if he might next tackle Britney Spears.) Each portrait is sensitive and exploratory. But abstract, arty guesswork isn’t an especially revelatory substitution for biopic convention.

The drama is drawn so starkly — Diana as crushed by the traditions and restrictions of the evil royal family — that it falls into a repetitive volley of encounters with gossipy staff members (Sally Hawkins appears as Diana’s trusted maid), sweeter moments with her sons (played by Jack Nielen and Freddie Spry) and increasingly abstract scenes of Diana’s bulimia and her looming fate, with apparitions from Anne Boleyn (Amy Manson).

Does any of this wash? Not really, but “Spencer” — playful to the point of silliness at times — is so thickly symbolic that its tenuous relationship with any historical reality may be beside the point. “Spencer,” really, might be more about Kristen Stewart than it is Princess Di.

The cleverness of the casting lies in the many parallels between Stewart and Diana, both young women thrust under the microscope with their own burdens, and pleasures, of celebrity. Some have praised the technicality of Stewart’s performance — the accent, the gestures — but, for me, the performance isn’t at all about transformation. You never for a moment forget that this is Stewart playing Diana, and you could very easily take all of Diana’s rebellions as Stewart’s own.

“Spencer” may be a let down as a story about Diana, but as an exaggerated portrait of Stewart, it’s magnetic.

Traditionally, the holiday season means family, food, shopping and movies. This year is no exception as Hollywood serves up a wide variety of …

This Thanksgiving weekend is offering a box office feast with two genres that have been lacking on the menu so far this year: family movies and non-franchise films aimed at adults.

Here's a list of films set to premiere this holiday season through Jan. 28.

Tom Hanks’ best acting partner may be an inanimate object.

Who's going back to the movies? So far, not everyone

While certain segments of moviegoers are closer to pre-pandemic levels, older moviegoers and family audiences have been slower to return.

Director Jason Reitman chooses to take on what could be called a difficult juggling act in “Ghostbusters: Afterlife.”

Kristen Stewart stars as Princess Diana in "Spencer." The film takes place in 1991, six years before Diana's death but at the height of her discord with the royal family.

Kristen Stewart in a scene from "Spencer."