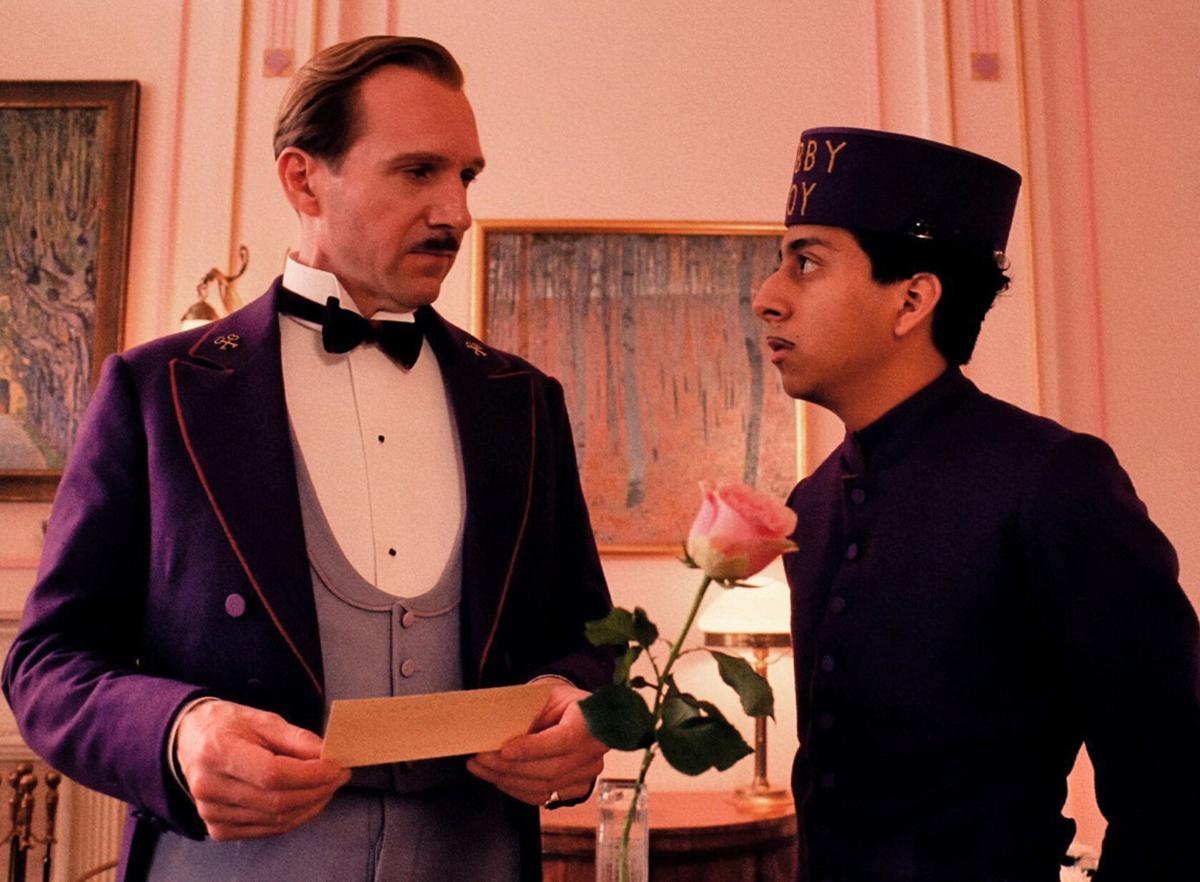 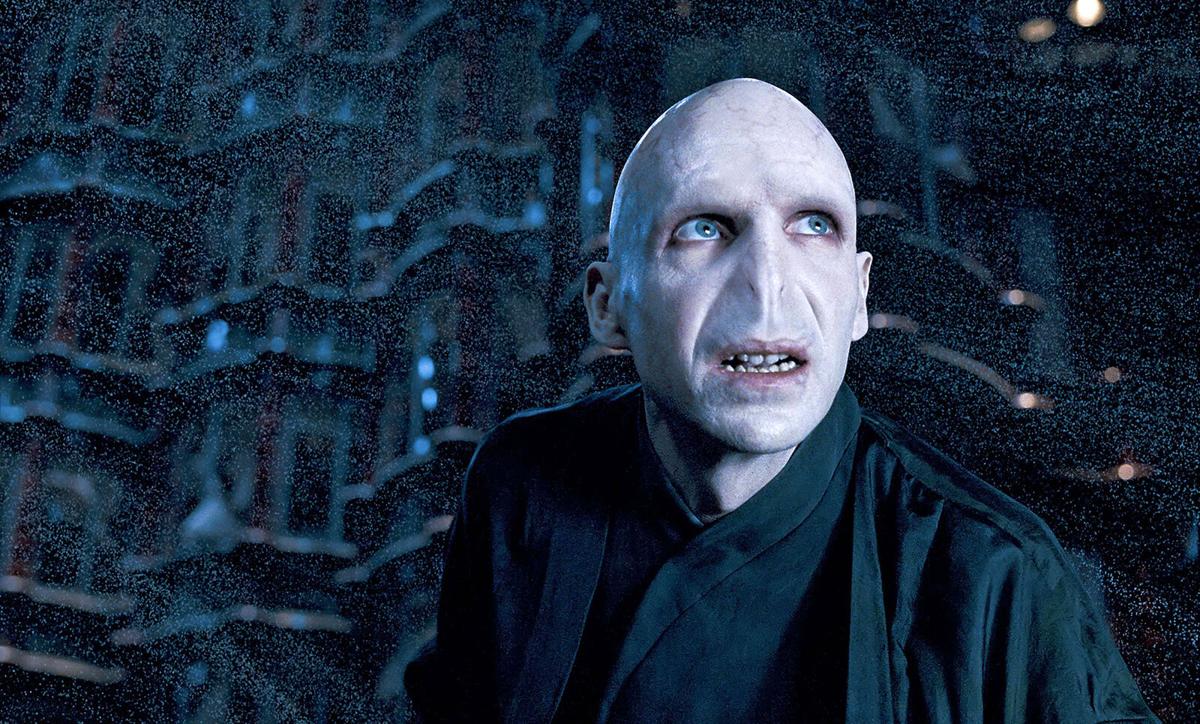 Ralph Fiennes as Lord Voldemort in “Harry Potter and the Order of the Phoenix.”

Ralph Fiennes is always the same, and always different.

The actor, who has only been nominated for two Oscars (most recently for “The English Patient,” 25 years ago) and has somehow never won, is good at everything. He can be silent or rambunctious, tragic or comic, educated or not, peripatetic or slow, kind or evil.

If you look at the people he played right after becoming famous in “Schindler’s List” — an American game show contestant in “Quiz Show,” an action hero in Kathryn Bigelow’s “Strange Days,” a swoony lover in “The English Patient” — you’ll note that they have nothing in common except that, give or take a mustache or a mole, they look exactly like Fiennes.

The actor, whose first name rhymes with “safe,” has said he hates using prosthetics or heavy makeup. Mostly visualized with computer-generated effects, even his Voldemort in the “Harry Potter” movies is still recognizably Fiennes. That could come from being stage-trained, where actors rely on imagination more than elaborate tricks.

The effect is that with Fiennes we’re often simultaneously aware of the actor and the character. We’re subconsciously weighing what we know about each role, even about previous roles he played, which brings subtle tension to his movies. This may be why Fiennes keeps his profile low, so we have little to go on and lots to imagine. It’s almost like Fiennes is a member of his own little repertory company and all his movies are attempts to delight us with the new characters he can play and the connections he can make between them.

One thing he has said does not delight him is playing romantic leads. He’s done lots of them, most famously in “English Patient,” but even better in the dreamy tragedy “Oscar and Lucinda” (opposite Cate Blanchett), “The End of the Affair” (opposite Julianne Moore) and “The Avengers” (opposite Uma Thurman). But kissing does not seem to be his jam.

Working against his looks, he’s more likely to seek out character parts such as my favorite Fiennes movie, David Cronenberg’s “Spider,” about a shy man trying to make sense of the childhood that shattered him (it does not seem to be streaming anywhere but grab it if you can find it). Or a classless thug in “In Bruges.” Or a beleaguered M in the most recent 007 movies. Or a gentle laborer in this year’s lovely “The Dig.”

That last role finds Fiennes shifting to a working-class accent. He’s adept at using his plummy voice in a variety of ways. For examples, check out his vivid, voice-only work as the villain of “Wallace and Gromit: Curse of the Were-Rabbit,” or any of these other great performances.

“The Grand Budapest Hotel.” My favorite Fiennes is also the silliest Fiennes. He’s the deadpan concierge of the titular (fictional) resort, who keeps things running smoothly even if that means illicit affairs with patrons or light thievery. Those duties, it turns out, prepared him for a caper that finds him skiing, running and employing every mode of transport you can think of in an effort to save the hotel, prove he’s not a murderer and secure a priceless painting.

“A Bigger Splash.” The tragicomedy that Luca Guadagnino made before “Call Me By Your Name” is one of those movies about rich dopes who drink too much and bicker while the world burns around them. Fiennes is witty and very sad as a bon vivant who knows the bon times are behind him. It’s probably Fiennes’ most boisterous performance (which is saying something), highlighted by a should-be-legendary, gleefully abandoned impersonation of Mick Jagger performing “Emotional Rescue.”

“Schindler’s List.” It’s hard to decide who took the bigger chance: Steven Spielberg, who hired an unknown to play one of the vilest characters in cinema history. Or Fiennes, a leading man type who had done just two little-seen films but agreed to introduce himself to audiences by gaining a bunch of weight and disappearing into a man-baby character a decade older than him. Subsequent events suggest both men made good calls.

“Hail, Caesar.” The actor may have privately settled a few scores as an elegant control freak who is losing control of the movie he’s directing in 1950s Hollywood. The in-jokes in Joel and Ethan Coen’s comedy are mostly for movie buffs and it’s less than the sum of its parts. But many of those parts are glorious, including Tilda Swinton in a dual role and Fiennes viciously drilling a Western star he’s been forced to hire for his drawing-room comedy.

Harry Potter movies (starting with ‘Goblet of Fire’). Fiennes said he took his cues from descriptions in J.K. Rowling’s novels but the role feels very much of a piece with Fiennes’ other work: elegant (he liked Rowling’s description of Voldemort as “silky” and “snake-like”), simple and unexpected. It’s easy to imagine a bad guy spitting fire at the Hogwarts kids but Fiennes’ quiet villainy is much more interesting.

“The End of the Affair.” The actor turns on the charm in a World War II romance, adapted by Neil Jordan from Graham Greene’s classic novel. The big themes all turn on his character, a tortured novelist who questions his faith and learns that love is literally stronger than death.

“Red Dragon.” We hear Fiennes more than we see him in this sort-of prequel to “The Silence of the Lambs.” The American accent he uses as serial killer Francis Dolarhyde is nothing special but the way he speaks — haltingly, as if his mouth can’t keep up with the rest of his body — is.

REVIEW: 'No Time to Die' is one of the best films of the year

By the numbers, “No Time To Die” is the 25th James Bond film, released 59 years after the first installment, starring the sixth actor to play …

A look at every movie coming to theaters, streaming and more in October

Here's a look at all the films coming out in the spookiest month of the year — plus a few for November.

4 horror films based on literature

Settle this eerie version of the book vs. movie debate with these four horror films based on literature

As the seasons change, so do the movies becoming available in theaters or on streaming services.

Ralph Fiennes as Lord Voldemort in “Harry Potter and the Order of the Phoenix.”