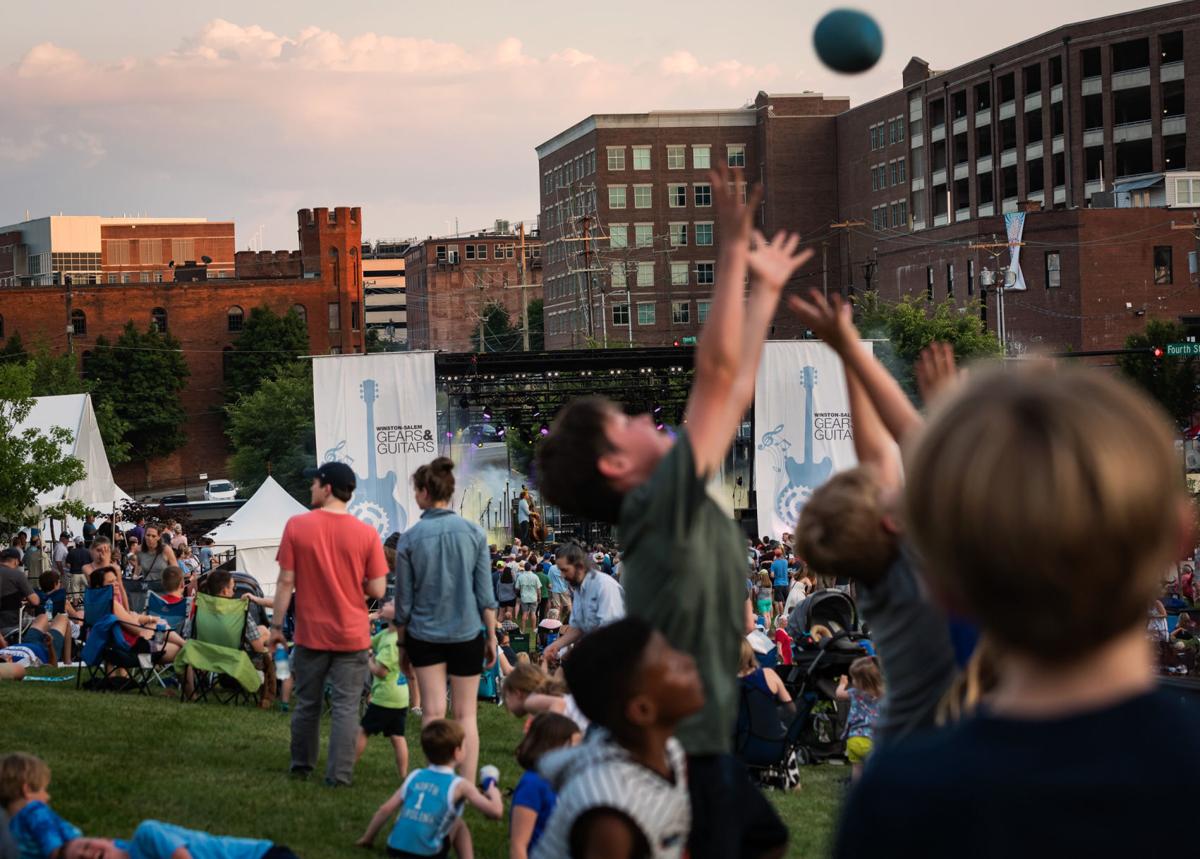 Kids toss a football around during opening night of the 2019 Gears & Guitars Festival at Bailey Park in Winston-Salem. 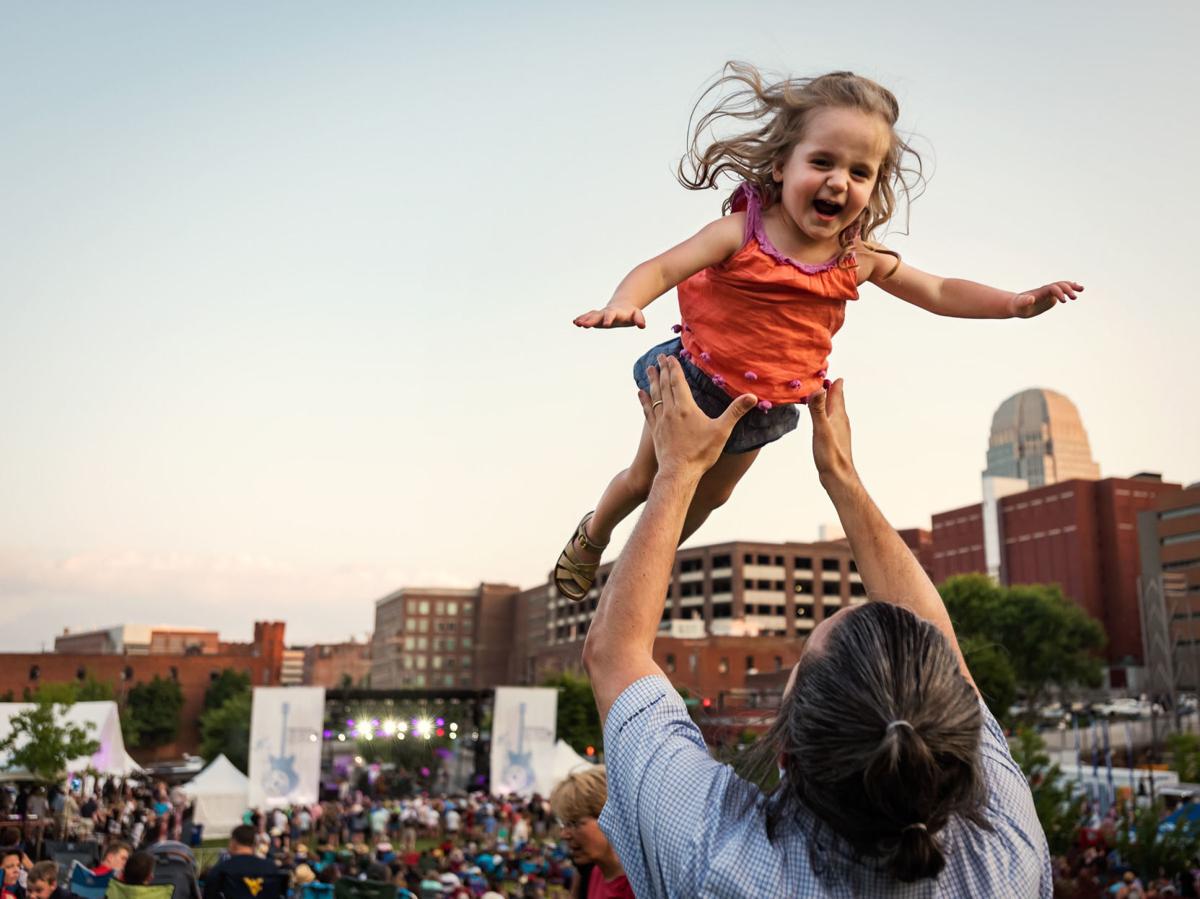 Nelson Robinson tosses his 2-year-old daughter Nora Robinson in the air during opening night of Gears & Guitars Festival at Bailey Park in Winston-Salem in 2019. 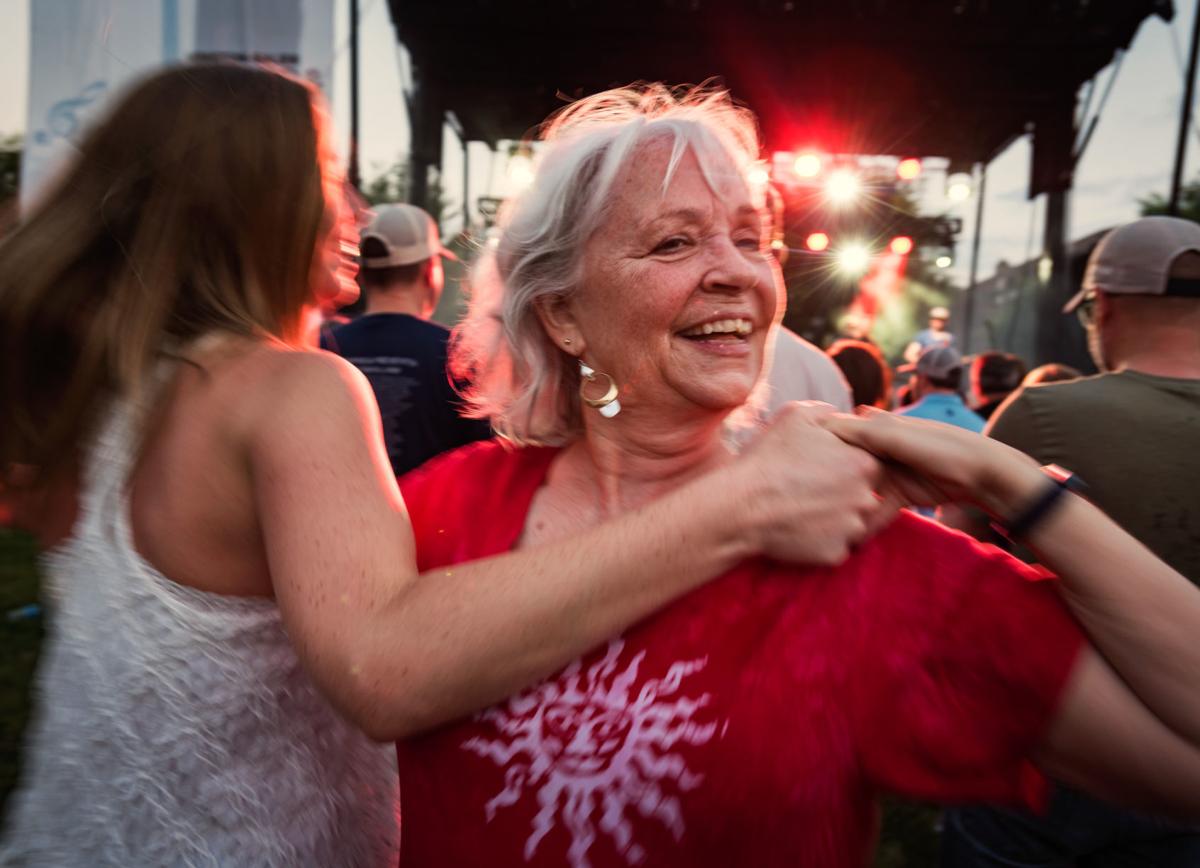 Karen Loy (right) and her daughter-in-law Eme Loy dance during the 2019 Gears & Guitars Festival in Winston-Salem.

Grace Potter has no complaints about her life today, but she could easily have offered a different assessment not long ago.

The journey that has taken Potter to this place, though, was anything but easy. She saw her long-time band, the Nocturnals decay and dissolve, gone through a divorce from her first husband and Nocturnals drummer, Matt Burr, took a major left turn with her music, became estranged from music altogether and eventually found new love, a new marriage and had a son — all before re-emerging with her stirring and uncommonly honest current solo album called “Daylight.”

Potter was eager to spend much of 2020 on tour, performing in front of fans who waited five years for new music. She did some shows early in the year, but then the COVID-19 pandemic hit, putting her touring plans on hold.

But she’s getting the chance to perform again, including an appearance this weekend at Gears & Guitars Festival at Bailey Park in downtown Winston-Salem.

Potter figures to have plenty to share in her concert, especially in the songs from “Daylight,” which chronicle some of the life-changing events and emotions that Potter experienced in the several years that preceded and coincided with the album.

The saga began before Potter released her 2015 album, “Midnight,” her first solo effort. Its more modern pop-oriented sound marked a considerable departure from the soulful, rootsy and rocking music that Potter had made with the Nocturnals

She planned to make the “Midnight” album with the Nocturnals, but that didn’t happen. While Burr remained supportive of the “Midnight” project (and played in Potter’s “Midnight” touring band), guitarist and songwriting contributor Scott Tournet, objected and left the Nocturnals. As she dove into recording and then touring behind “Midnight,” Potter began to realize there were issues in her marriage to Burr.

“Then I had this ability to see clearly how much of our relationship was about music and touring and how much of it was about being in love,” Potter said. “I think whenever you live on the road with somebody and your life and career are tied up, those complicated layers start to reveal themselves, and that’s what happened.”

Potter made “Midnight” with producer Eric Valentine. They got along famously, but it wasn’t until after touring “Midnight” that she started to realize she wasn’t just attracted to Valentine for his producing skills.

“I didn’t know what it was,” she said. “And when the record was over, I was kind of left by myself to think about everything that had just occurred, from feeling a little bit abandoned by the people I’d been hanging out with for the last decade to feeling empowered by my choice to take my own music and do something with it and claim it as my own. And then on top of that, just this feeling of I don’t like how I feel … That’s when I started exploring the thought that maybe there was something going on with Eric.”

It took a couple of months, but Potter concluded she was in love and had to reveal her feelings to Valentine. He was blindsided by this revelation.

“He didn’t know what to do with me when I told him that,” Potter said with a hearty laugh. “He needed time when I told him how I felt. He took an evening to think about it before he was able to reciprocate and kind of acknowledge what he was feeling.”

The couple has been together ever since, and in January 2018, they had a baby boy, Sagan Potter Valentine.

Potter, after a period where she wasn’t interested in making music, began to write songs in late 2017 about what she had been through. She initially thought they were too personal to release, but eventually she decided she wanted to share them and began working in earnest on “Daylight.”

Musically, Potter wanted “Daylight” to be different than “Midnight,” and that meant a shift back to a leaner, more organic, guitar-oriented sound more akin to her music with the Nocturnals. “Daylight” has ballads like the slow burning “Love Is Love,” the stark piano-based “Release,” and the country-ish “Repossession,” rowdy rockers like “On My Way” and the sensual “Desire” and tunes that fall between those extremes such as “Back To Me” (which boasts prominent vintage-style backing vocals provided by Jess Wolfe and Holly Laessig of Lucius) and the earthy, acoustic-centric “Every Heartbeat.”

Potter, who plays keyboards and guitar, is happy simply to have the opportunity to return to playing live.

“I’m really excited to get it out onstage,” Potter said. “That’s always the best way to express for me.”

Alan Sculley is a freelance writer for Last Word Features.

More: Events are rain or shine. Food and drinks will be for sale. No outside food or drinks allowed.

Broadway star Stephanie J. Block, who won the 2019 Tony Award for best actress in a musical for her lead role in “The Cher Show,” will perform Nov. 19 at The Virginia Somerville Sutton Theatre at Well-Spring retirement community.

The Doobie Brothers are still rockin’ down the highway after 51 years, despite four of the band’s members being stricken with COVID-19.

Adele's new single, 'Easy On Me,' has finally dropped. So what's the verdict?

Reactions to Adele's new single are in. Listen to "Easy On Me" here.

Kids toss a football around during opening night of the 2019 Gears & Guitars Festival at Bailey Park in Winston-Salem.

Nelson Robinson tosses his 2-year-old daughter Nora Robinson in the air during opening night of Gears & Guitars Festival at Bailey Park in Winston-Salem in 2019.

Karen Loy (right) and her daughter-in-law Eme Loy dance during the 2019 Gears & Guitars Festival in Winston-Salem.