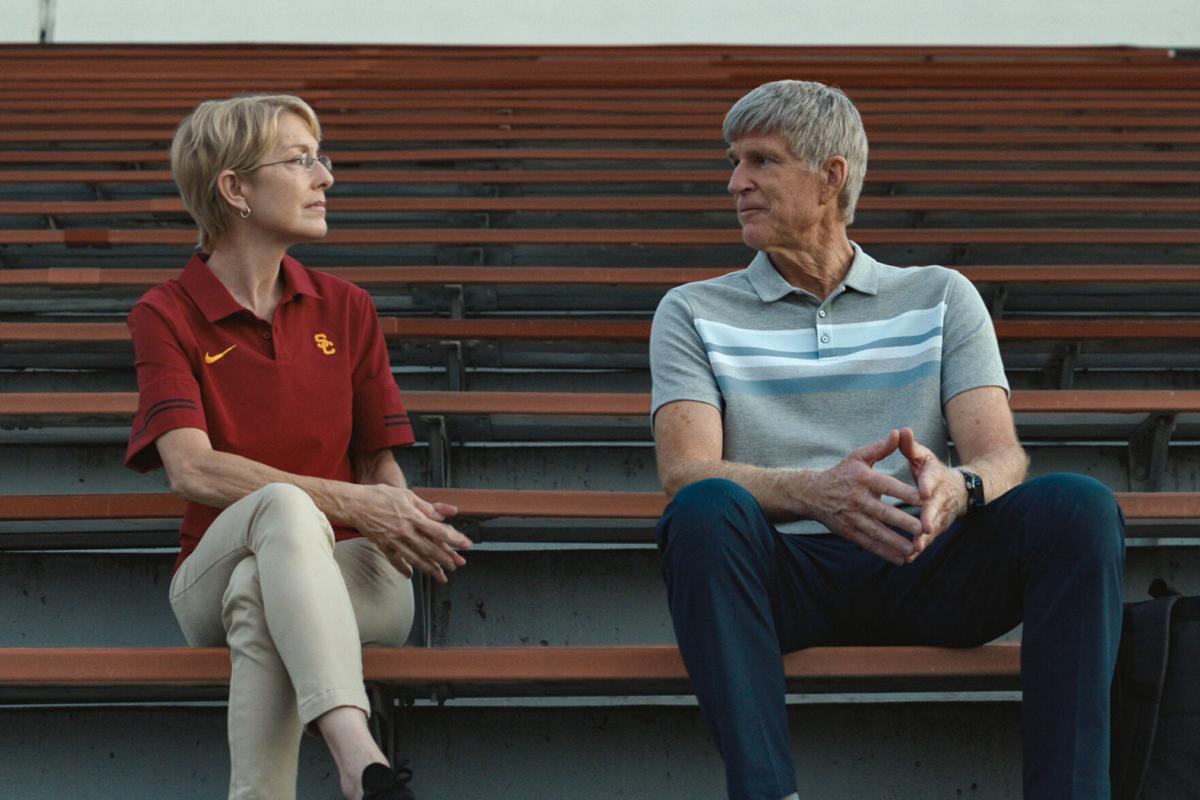 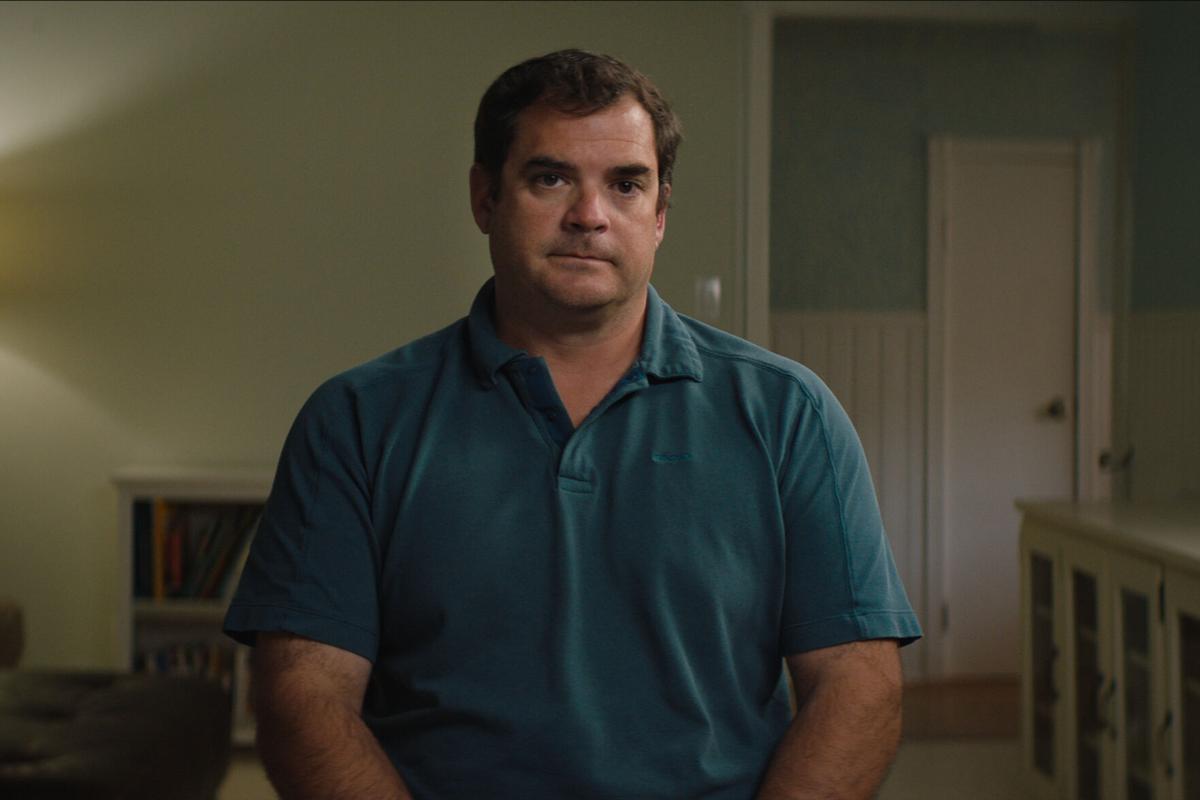 Former Stanford sailing coach John Vandemoer sat for an interview in “Operation Varsity Blues: The College Admissions Scandal” about his involvement. Vandemoer pleaded guilty to accepting bribes between $110,000 and $160,000 that he then reinvested into the team to hire assistant coaches.

Parents are supposed to do anything to help their children succeed. But where’s the line?

That’s the question posed in “Operation Varsity Blues,” a Netflix documentary that explores the college admissions scandal that imploded in 2019.

More than 50 people have been charged in the scheme to fraudulently get students into top schools, most notably actresses Lori Loughlin and Felicity Huffman. But at the top of the food chain was mastermind Rick Singer, who took at least $25 million in bribes from wealthy parents between 2011 and 2018 through his college counseling nonprofit The Key Worldwide Foundation. Then, he either paid co-conspirators to cheat on college entrance exams such as the SAT or to bribe college coaches to have the prospective students classified as athletic recruits.

For filmmaker Chris Smith, he wanted more than the prison sentences. He wanted to know why.

“In terms of where to focus, there was so much media coverage that existed, but a lot focused on Felicity and Lori and I felt that that was well covered,” said Smith, who wrote and directed “Fyre: The Greatest Party That Never Happened” and served as an executive producer on “Tiger King.”

“Our hope was to tell parts of the story that people didn’t know about. It was an opportunity to really look at how the scheme actually worked.”

“Tiger King” had extensive interviews with the wild cast of characters. “Fyre” had hours of social media footage. But almost no one directly involved in the college admissions scandal would talk to Smith on camera. So instead, his collaborator, Jon Karmen, suggested using the wiretapped phone calls between Singer and his co-conspirators, collected by the FBI as the scam fell apart, and having actors recreate the conversations.

Then they brought in Matthew Modine to play Singer, with his silver Caesar haircut and his gym clothes.

“Rick was sort of an enigma,” Smith told The News. “We had to reverse engineer who this person is based on these conversations he had, talking about the scheme and how it would work. You’d get little glimpses of his character, a small joke he would make, some conversation with a soccer coach about his relationships.”

Around Modine and the re-created conversations are interviews with journalists, lawyers and admissions counselors. Only one person indicted in the conspiracy agreed to talk on camera: former Stanford sailing coach John Vandemoer, who pleaded guilty to accepting bribes between $110,000 and $160,000 that he then reinvested into the team to hire assistant coaches. Vandemoer’s story is one of desperation, but few if any others engender such sympathy.

Instead, the American elite who enlist Singer rarely pause to consider the morality of the checks they’re cutting.

“We’re supposed to be a meritocracy,” Smith told The News. “If you work hard, you can achieve and realize all your dreams. This stood in the way of that.”

That’s why the scandal was so unsettling, Smith said, not just because of the corruption within the education system but because of how blatantly it proved that we’re not all playing by the same rules.

“There’s so many facets of American life where there’s two tiers, a different set of rules for people who have wealth and privilege. It’s almost like, ‘oh this is how this is done. This is how all the other people are doing it. This is the unspoken way that wealthy people or connected people get their kids into school,’” he said.

“If you’re at an amusement park and you buy a fast pass and you cut the line, this is just an extension of that.”

How to watch: Netflix

N.C. A&T senior Victor Solomon will be moving on to the Knock Out round on "The Voice" singing competition.

MerleFest is set to officially reconvene Sept. 16-19 on the campus of Wilkes Community College in Wilkesboro after canceling last year’s festi…

Spring and summer movie preview: A look ahead to films coming to theaters, homes in coming months

Don’t be surprised if a few of these movies sound familiar due to having been pushed back ad infinitum because of the pandemic.

A Celebration of Black Excellence, to be presented virtually from April 16 to 18, will feature the ACOBE community choir, other performing and visual arts, a Black-owned business expo, networking, educational sessions and panel discussions.

David Bolton wants to expand your thoughts and shrink your head.

Prince Philip had a rich Hollywood history. Here’s how he was depicted in film and TV

Here's a look at the actors who’ve taken on the role over the years — and one who will play him in the near future.

Moroccan food truck is rockin' all over the Triad these days

'The Bachelor' star Colton Underwood comes out as gay

Former Stanford sailing coach John Vandemoer sat for an interview in “Operation Varsity Blues: The College Admissions Scandal” about his involvement. Vandemoer pleaded guilty to accepting bribes between $110,000 and $160,000 that he then reinvested into the team to hire assistant coaches.