GREENSBORO — In the trailer to the new Netflix documentary "The Black Godfather," powerful figures in entertainment, sports and politics tell just how Clarence Avant, who once walked the halls of Dudley High School, earned the name.

"You only find one of those people," actress Cicely Tyson said of his ability to get things done.

"There's the power that needs the spotlight, but there's also the power behind the scenes," Obama said of Avant's role as an influencer.

Those who have sought his counsel span the decades. In one shot, Muhammid Ali fakes a fist to Avant's face and faux wide-eyed terror. Marvel's "Black Panther" lead actor Chadwick Boseman was among the A-list Hollywood celebrities attending the premiere.

The documentary paints Avant, who turned 88 this year, as a man of wisdom, connections and with a good sense of direction about life, which others have come to appreciate.

"He became that mentor for us all," said rapper-turned-entrepreneur Sean "Diddy" Combs, who is perennially on the list of Forbes magazine's top celebrity earners. "He became that 'godfather.'"

Avant, who has a key to the city of Greensboro, picked up the Trailblazer Award from the International Civil Rights Center & Museum in 2014 during the nonprofit’s annual gala that year commemorating the sit-in movement that took off at the segregated downtown Woolworth lunch counter.

"My dad prefers to stay under the radar, but just about every day, even now, he’s lunching with some of the most influential people in the industry, even those who are four or five decades younger than he is," Avant’s son, Alex, an actor and producer, told the News & Record before the 2014 event.

"He didn’t try to go it alone," the younger Avant said. "He tried to take as many people with him. And according to the stories I heard growing up, even pushing some people along the way."

Clarence Avant helped launch careers, but also, as is told in the film, helped companies like MCA segue into the black music business — which opened opportunities. For Avant, it was also about ensuring fairness.

"He said, 'Would you like any help putting MCA into the black music business?' " one executive said with a laugh in the documentary, "I said, 'Yes,' and he said, Well, that's good, because I was going to tell you anyway."

The roots of the soft-spoken, behind-the-scenes, Grammy "living legend" with a star on the Hollywood Walk of Fame, reach back to the old Goshen segregated school off Randleman Road, which now serves as a fellowship hall at Goshen United Methodist Church.

"I've been extremely blessed — from growing up poor in Climax to becoming chairman of Motown Records," Avant said during the Goshen School Reunion in 2006, hours before getting a key to Greensboro, the nearby big city he's often called home, from Mayor Pro-Tem Yvonne Johnson.

The record-label founder, former artist/ manager and tireless advocate of opportunities, especially for African Americans within the business and beyond, turned 75 that year to cover-to-cover accolades in that February issue of Billboard, the music industry trade journal.

"Everybody has been by Clarence's desk, if they're smart," Jones said at the time, with "everybody" having included a young Barbra Streisand.

Avant, named a Grammy "living legend" by the National Association of Recording Arts and Sciences, was born in the old segregated L. Richardson Hospital.

The oldest of eight siblings born to Gertrude Avant, a domestic worker, his family lived in a small, tidy house in Climax.

A young Clarence Avant looked up at his mother once and quipped that the "F" on his report card in her hands stood for "fine."

"She got one of those switches and closed the kitchen door so I couldn’t get away and wore me out," Avant said with a laugh.

He also recalled the black and white neighborhood children playing together with no thought to skin color.

On that 2006 visit to the city, Avant passed the roster of teachers, still hung at the old Goshen school, and stopped at the door of favorite first-grade teacher Rena Bullock.

And after decades away, it all came in a rush.

"Lord have mercy, this brings back memories," he said back then, stroking his beard.

Martha Donnell, the reunion committee chairwoman, told him she remembered his speaking part in the school play — "Aaron Slick from Pumpkin Quick."

"I thought he was talented when he walked across the stage and said his lines," Donnell said. "The music part we didn't know about — not until much later."

Students left Goshen after the eighth grade, and Avant spent his freshman and sophomore years at Dudley High School before moving to New Jersey, where he had extended family and took on a succession of jobs, including a stock clerk at Macy's and working for a law directory.

It was while working for the listing service that he heard on the radio about the lynching of 14-year-old Emmett Till in Mississippi for allegedly flirting with a white woman.

His white boss called Avant to his office. Avant thought he was being fired.

Instead, he found out he wasn’t the only one angry.

"He said, ‘I’m not going to fire you. I understand your outburst,’ " Avant recalled.

And with that, he was reminded of the depth of humanity.

Avant — who often slips into what has been described as the rough and tumble talk of the streets — didn’t participate in the civil rights marches that would come.

"If somebody hit me, I was going to hit them back," Avant said. "So I raised money."

In the early 1970s, Avant would get his first break in the music business after running a nightclub.

He started his own record company, one of several business ventures that didn’t end well, leaving him bankrupt before again finding his bearings.

Avant also had strong connections outside the music business — not only rubbing shoulders but forming humanitarian bonds with Presidents Bill Clinton and Jimmy Carter, Winfrey and former U.N. Ambassador Andrew Young, to name a few. An accolade he holds dearly is the Thurgood Marshall Lifetime Achievement Award given by the NAACP.

"Henry Aaron would not be Henry Aaron without Clarence Avant," the baseball legend says in front of the camera.

A narrator later asks Avant if he remembers the first time someone called him "godfather."

"People have called me that," Avant said matter-of-factly. "They also call me a son-of-a-(expletive). So what?"

How did he do it all — and so under the radar?

"All that's for the book," he once said with a laugh, back when he was to receive the civil rights award in Greensboro, of the book that friends in the industry have been pushing him to write.

He still hasn't written it.

'Whose Live Anyway?' coming to Greensboro

Cast of 'Whose Line Is It Anyway?' coming to Carolina Theatre in Greensboro.

Now 90, Avant is a music executive, entrepreneur and film producer. His impact on the music industry was highlighted in the 2019 Netflix documentary, “The Black Godfather."

These Triad residents made black history, too

In a month dedicated to black history, sometimes the most riveting people are less familiar than Rosa Parks or Martin Luther King Jr. And lots are connected to the Triad (and segregated Dudley High School).

Music industry hero gets back to his roots

The 90-year-old Avant, who was born in Greensboro's segregated L. Richardson Hospital and given a key to the city in 2006, will be introduced by Lionel Ritchie during Saturday's Hall of Fame ceremony where Avant will receive the Ahmet Ertegun Award for non-performers because of his influence on music and culture.

NBC News reported that a spokesperson for Netflix confirmed that Jacqueline Avant was shot and killed. Her son-in-law, Ted Sarandos, is Netflix's CEO.

Brody Jenner was 'so stoked' about 'The Hills: New Beginnings' cancellation

Brody Jenner was 'so stoked' about 'The Hills: New Beginnings' cancellation 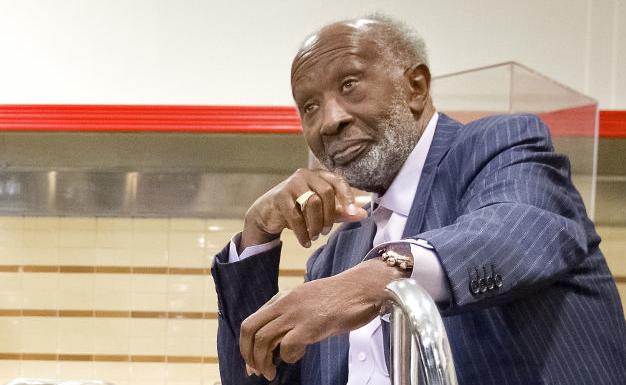 Clarence Avant, (right) shown here in 2014 with Quincy Jones, picked up the Trailblazer Award from the International Civil Rights Center & Museum in 2014 during the nonprofit’s annual gala that year commemorating the sit-in movement that began at the segregated downtown Woolworth lunch counter. Avant was born in Climax and attended the segregated Goshen and Dudley high schools. 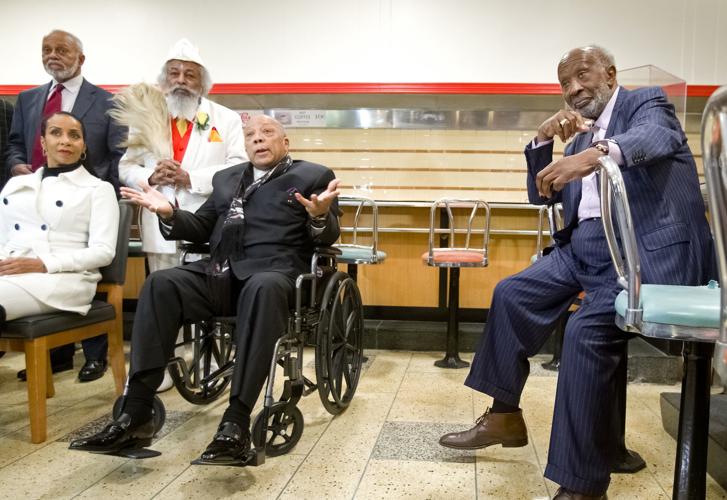 Clarence Avant, shown here in 2014, picked up the Trailblazer Award from the International Civil Rights Center & Museum in 2014 during the nonprofit’s annual gala that year commemorating the sit-in movement that took off at the segregated downtown Woolworth lunch counter. 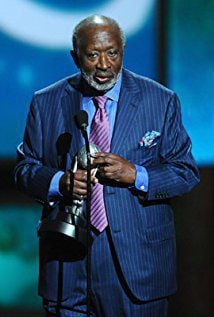