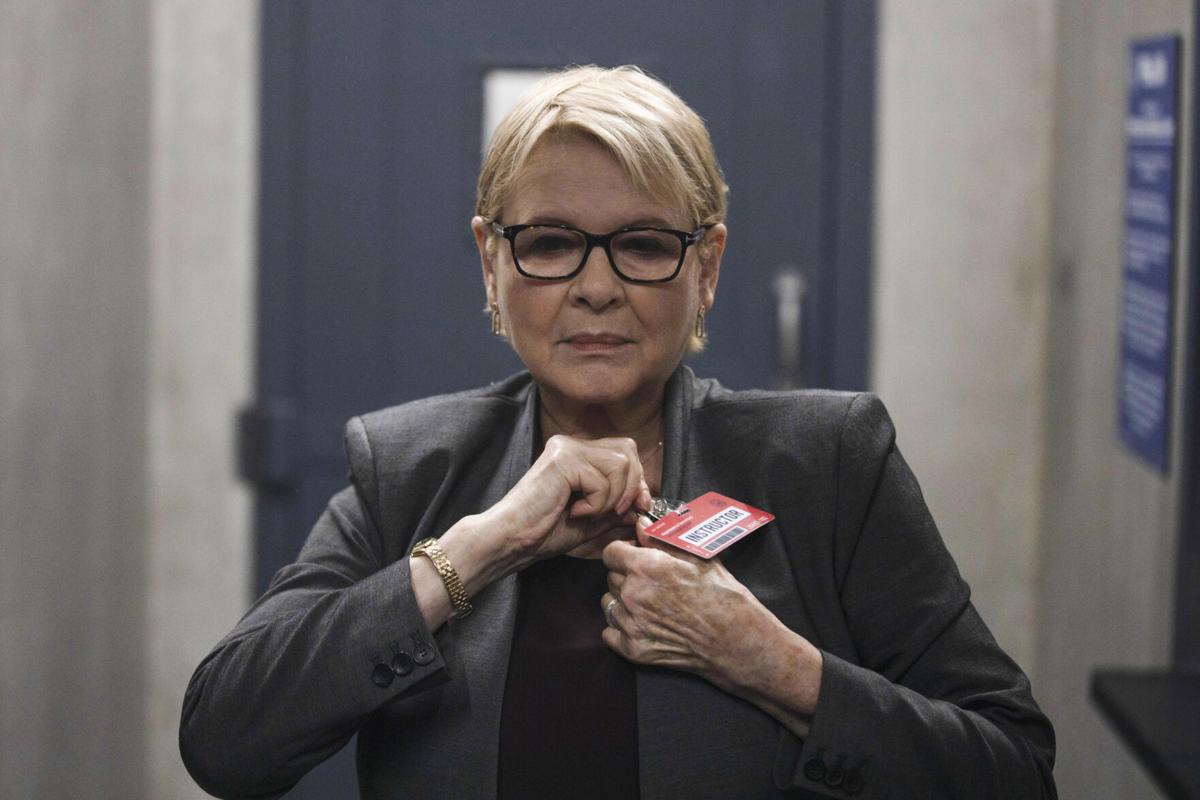 Dianne Wiest as Mariam in the Paramount+ series “Mayor of Kingstown.” 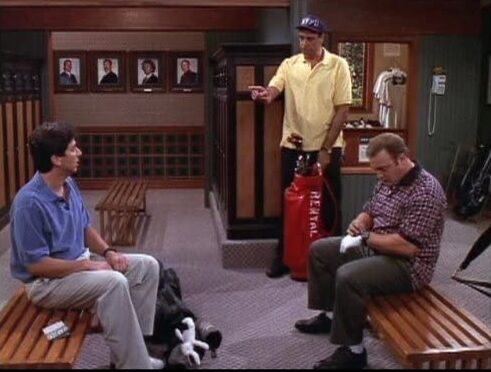 Q: I regularly watched “Becker,” “The King of Queens” and “Everybody Loves Raymond” and from time to time enjoy the reruns. I’ve noticed that in the episode descriptions in my onscreen guide there have been episodes where it says characters “meet up at Dr. Becker’s office.”

Answer: You (and the listings) have been mixed up by a crossover, the practice of different series mingling characters to draw an audience. In 1999, CBS did a crossover among its four Monday comedies — “Becker,” “King,” “Raymond” and “Cosby” (not “The Cosby Show” but a later series). The “Becker” crossover element was apparently a brief scene with characters from the other three shows in his waiting room. When shows go from network telecasts to syndication, they are often trimmed or sped up to make room for more commercials.

In that “Becker” episode, the crossover scene was cut; it was not key to the episode’s overall plot and would not make sense apart from the other crossover shows anyway. It does not even appear in the “Becker” DVD for that season, which admits “some episodes may be edited from their original network versions.”

Q: Was the new series “Mayor of Kingstown” canceled? It followed “Yellowstone” on Sunday evenings on Paramount.

Because it is a huge hit, two other series — “Mayor of Kingstown” and “1883” — have had some special presentations following telecasts of “Yellowstone” to get viewers interested in those series. But aside from those showings, new episodes of “Kingstown” and “1883” are on Paramount+.

Q: I’m hoping you may know a movie and where I can find it. It starred Martin Sheen as a captain of a ship that goes down. There are too many people on a life raft, and he has to decide which passengers to save. Tom Bosley is one of the passengers.

Answer: That is “The Last Survivors,” a 1975 TV movie with Sheen, Bosley, Diane Baker, Bruce Davison, Anne Francis, Leif Garrett and others. One reference also calls it an uncredited remake of “Abandon Ship,” a Tyrone Power movie. As for seeing “Last Survivors,” if nothing else it can be found on YouTube.

Q: I was wondering if Charlie Sheen was actually drinking on “Two and a Half Men.” It seemed he always had a beer or a drink in his hand. Why was he replaced by Ashton Kutcher? The show sucked with him in it.

Answer: I can’t say that Sheen was drinking on the show; he did once tell Dan Patrick that he was never drunk or high on the air, but he would at times arrive “not having slept much.” He was fired from the show during the eighth season in 2011 for “dangerously self-destructive conduct,” a firing letter said at the time.

In addition to off-set excesses, he was reportedly late for rehearsals, had trouble remembering his lines and had publicly berated producer Chuck Lorre. Sheen later conceded to Deadline.com that he was at fault, that “I was getting loaded and my brain wasn’t working right.” Kutcher was brought in and, whatever you thought of his performance, enough people still watched for the show to last four more seasons with him.

Singer, songwriter and Nobel Prize winner Bob Dylan will perform April 1 at the Steven Tanger Center for the Performing Arts in Greensboro.

Louie Anderson, whose four-decade career as a comedian and actor included his Emmy-winning performance as mom to twin adult sons in the TV series "Baskets," has died.

Meet a Musician: Beau James turns a nickname into a band

Beau James was told to keep anyone under the age of 18 out of The Basement, a music venue in Nashville.

Diggin' in the Crates celebrates hip-hop

Diggin' in the Crates Hip Hop Podcast has opened Black-owned performance art spaces at 1400 Battleground Ave. and 1300 Westover Terrace. Aside from producing podcasts, it offers affordable space for creatives to work on their craft.

The French actor portrayed the young Hannibal Lecter in 2007's "Hannibal Rising" and is in the upcoming Marvel series "Moon Knight."

Before Marty Stuart started showing up in every country music documentary, he had a run as a country star. He rode a wave of popularity in the…

Rizzo shared memories about who her husband was — with a common theme being how incredibly loving he was to everyone he met, making sure to tell everyone he loved them.

Rhiannon Giddens returns to Greensboro for lead in 'Porgy and Bess'

International singer, songwriter and multi-instrumentalist Rhiannon Giddens returns to her hometown to perform in "Porgy and Bess" with Greensboro Opera.

Festival offerings are diverse and each year includes a Holocaust-related film, a family-friendly film, something light-hearted and something that tackles the Israeli-Palestinian issue.

Television Q&A: Is 'Yellowstone' coming back?

Dianne Wiest as Mariam in the Paramount+ series “Mayor of Kingstown.”