At least 5 killed, 19 hospitalized in shooting at July 4th parade near Chicago 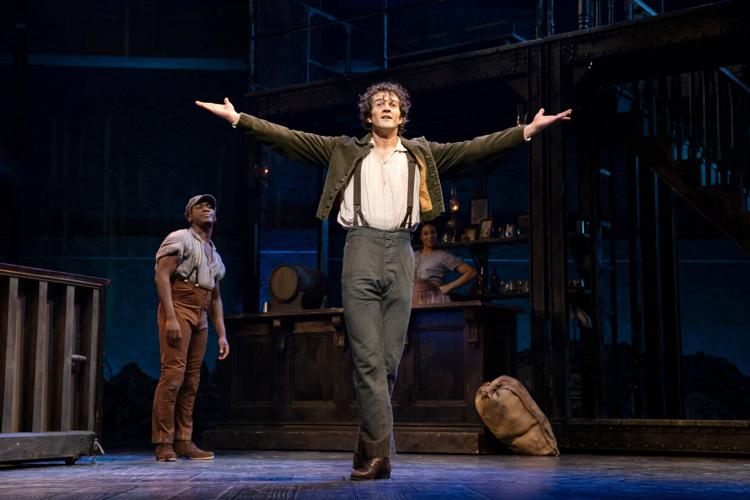 A.J. Shively won a Tony nomination for playing an Irish immigrant in the musical "Paradise Square." 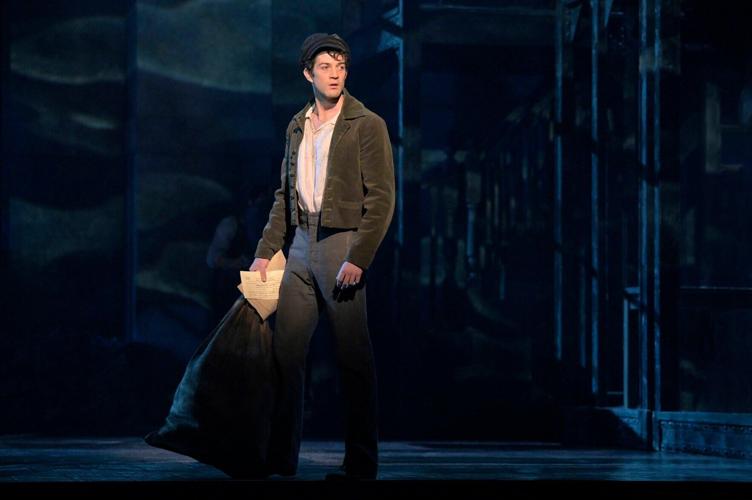 When A.J. Shively studied musical theater in college, directors usually put him in the back row of production numbers so he wouldn’t draw focus.

Now, in the new Broadway musical, “Paradise Square,” he’s front and center, executing an Irish dance that would impress even Michael Flatley.

Shocked? Yes he is, particularly since those moves have helped him nab his first Tony nomination (for Best Featured Actor in a Musical) and his first Chita Rivera Award nomination for Outstanding Male Dancer in a Broadway Show.

“During the workshop phase, I kept getting more and more (choreography) and, literally, the joke was: ‘I’m working toward my Chita,’” Shively says.

During that developmental stage, the University of Michigan grad thought he was going to play a less-choreographed role. But since the musical shows how the Black and Irish communities intersected during the mid-19th century, it was entirely possible. As choreographer Bill T. Jones told him and others, “The best art comes from beyond the lines you draw for yourself.”

“He kept pushing me and I owe a huge debt of gratitude to (co-choreographers Garrett Coleman and Jason Oremus) who created all this movement that made me look like a expert,” Shively says.

What really helped was teaching him how to execute it mentally: “Prepare yourself to be an endurance athlete.”

While Coleman and Oremus, the Irish and Hammerstep experts, were trying out advanced moves, Shively was executing simple ones. “I’d ask, ‘How’d you do that?’ and then I’d try and I could do them – they were easier to do than these basic steps. In a short amount of time, they found what looked good on my body.”

The show, which details how tap dancing was created in the Five Points neighborhood of New York in 1863, started in 2018 at Berkeley Repertory Theatre with the goal of reaching New York in 2021.

The coronavirus pandemic, however, derailed that timeline and sent the cast and crew home. “I didn’t expect it to come back,” Shively says. “But the fact that it came to Broadway at all is something I cherish the most.”

Bringing the show from its early stages to finished product was particularly important. “I really wanted to see it through to the end,” Shively says. Sunday, he’ll be part of the cast presenting a number from “Paradise Square” on the Tony Awards. Twice before (when he was in “La Cage Aux Folles” and “Bright Star”) he was on the broadcast, but didn’t get to watch the show from the audience.

“There’s not enough room to hang out,” he says, “so you just get bused over and bused back from your theater.”

This year, he’ll be in the audience with his mom and his fiancée, waiting to hear if his name is called. “I’m not expecting to win,” Shively says, “so I’m not nervous. I feel seen and recognized just by getting the nomination.”

When the pandemic shut down Broadway, Shively got a job in customer support at a grocery store in Brooklyn. “It took the fear out of ‘What if acting doesn’t work out?’,” he says. “I realized I’ll be fine. I really appreciated having the structure” that came with a 9-to-5 job.

Now, back in the theater, Shively says he’s so grateful to be in the business of telling stories.

The “Paradise Square" journey, he says, has taught him “there’s no 100 percent in performing. There’s just the story. No matter what happens if you miss a step or if you’re in the grocery store and you send the wrong order, you’ve got to adapt and keep breathing.”

Mary Mara, an actress known for roles on "ER" and "Ray Donavan," has died at age 61 after police believe she drowned in a New York river.

Liya Chu won the MasterChef Junior competition, but she couldn't tell anyone for three years.

REVIEW: 'Six' brings out the rock star side of Henry VIII's wives

NEW YORK -- “Company,” like several shows arriving this year, had expected to be on Broadway in 2020. It shut down, however, and didn’t make its debut until December.

NEW YORK -- You can’t really call “Girl From the North Country” a jukebox musical, even though it features more than a dozen Bob Dylan songs.

Origins story explains why 'Flowers in the Attic' was so dark

Actor Max Irons had no idea why friends looked shocked when he told them he was considering a role in “Flowers in the Attic: The Origin.”

Worth Watching: ‘Only Murders in the Building,’ Journalists an ‘Endangered’ Species, ‘Superman & Lois’ Finale

Steve Martin and Martin Short return for a second season of Hulu’s mystery-comedy "Only Murders in the Building," with millennial sidekick Selena Gomez the immediate prime suspect in another murder.

"Stranger Things" is back to wrap things up (for now) in the Upside Down via a super-sized Volume 2. Meanwhile, Prime Video drops military drama "The Terminal List" starring Chris Pratt.

No longer banished from network TV, the Daytime Emmys hands out trophies from Pasadena. Maya Rudolph has money to burn in the Apple TV+ comedy "Loot."

"Star Trek: Strange New Worlds" races towards its first season finale with an action-packed penultimate episode. The producers of "90 Day Fiancé" are at it again with Food Network‘s "Me or the Menu."

Maya Hawke: I 'wouldn't exist' if my mom Uma Thurman didn't get an abortion

Tim Allen slams ‘Lightyear’ after being replaced by Chris Evans

Tim Allen slams ‘Lightyear’ after being replaced by Chris Evans

A.J. Shively won a Tony nomination for playing an Irish immigrant in the musical "Paradise Square."